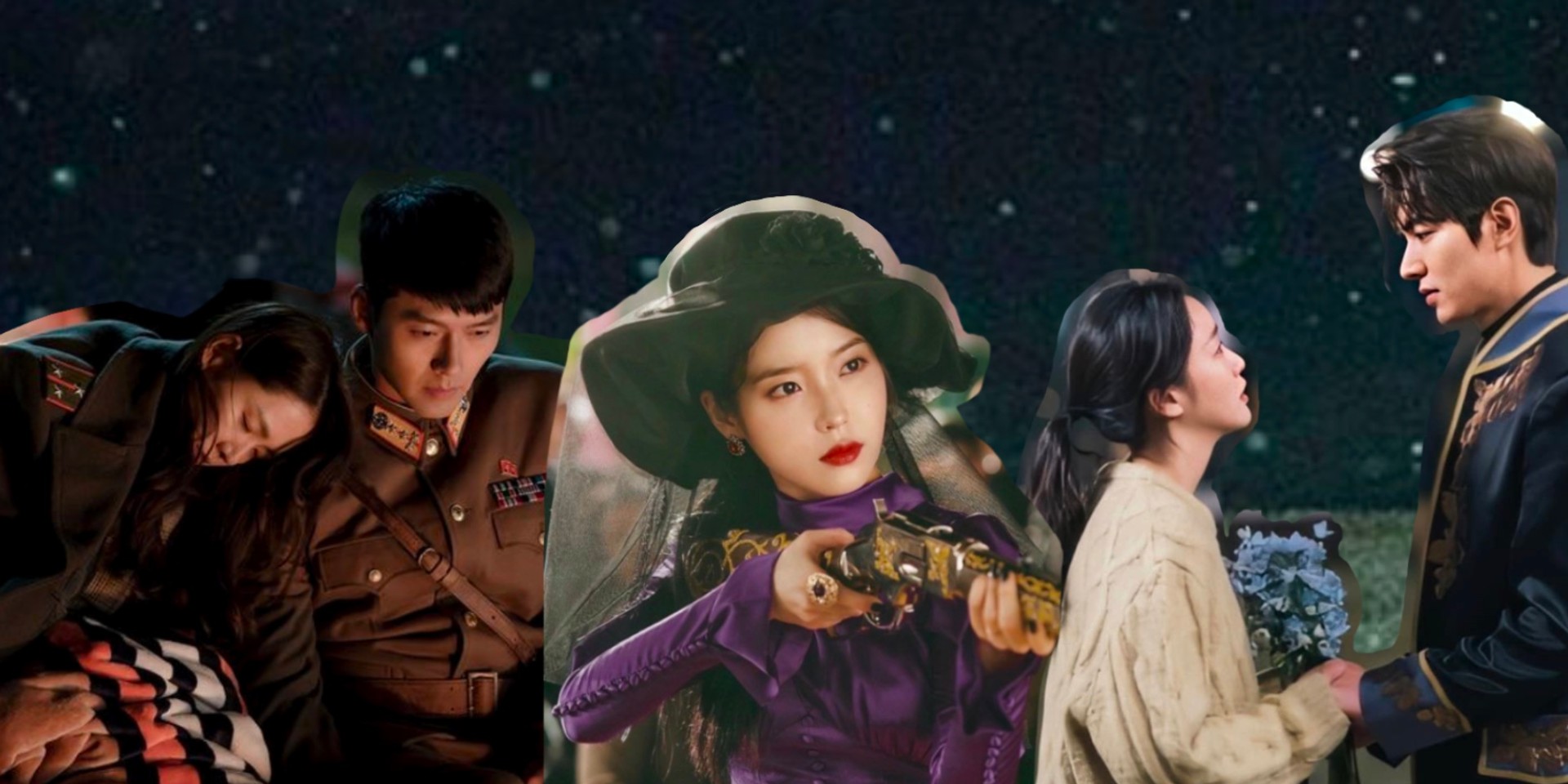 A trip to a magical world of our dreams; a romance that we've always fathomed as perfect; a life that we could only imagine ourselves to have - do you believe in Korean dramas? As much as we indulge in these fantasies that are enacted out by our favourite A-listers, the longevity of the drama also lies in the theme songs that we take away after 16 episodes and keep in our Spotify playlists.

Whether it's transcending timezones into a world 939 years ago, crossing the Demilitarized Zone and falling in love with someone you can never be with or hanging out with ghosts past midnight, let yourself be whisked away from reality with our top K-drama Original Soundtrack (OST) picks.

HEIZE - 'Can You See My Heart' from Hotel Del Luna

Played by the 'Nation's Sweetheart' IU, Hotel Del Luna portrays her as an ill-tempered lady boss while bringing out her beauty and innocence through her encounters with the male protagonist played by Yeo Jin-goo. The series poses the supernatural world in a genuine light, through one's battle with fears and the persistent questioning of life beyond death.

CHANYEOL, Punch - 'Stay With Me' from Guardian: The Lonely and Great God

The closing theme 'Stay With Me' stays true to its name - its tune is unmistakable and it forebodes the climaxes of the plotline, especially during the tear-jerking moments when the hero makes an entrance. Journeying through an eternal life of the Goblin, Guardian: The Lonely and Great God takes its roots from Korean folklore, but with a refreshing spin. The romantic-comedy that takes place in a modern setting seeks to reconcile the past and present while time allows for it.

BAEKHYUN, CHEN, XIUMIN - 'For You' from Moonlovers: Scarlet Heart Ryeo

Davichi - 'This Love' from Descendants Of The Sun

The iconic scene of Song Joong Ki tying Song Hye Ko's shoelaces needs no introduction. Descendants Of The Sun stirred a global phenomenon upon its release in 2016, boasting a league of the best OSTs that made it really hard for us to decide. Our pick is Davichi's ballad 'This Love', because one can never go wrong with Davichi.

10cm - 'But it's Destiny' from Crash Landing on You

Meet Ri Jung Hyuk and Yoon Se-ri: Played by Hyun Bin and Son Ye Jin, the two star-crossed lovers met in the most unconventional of ways - from a parachute crash. The reconciliation of South Korea and North Korea seems like a utopian ideal, but Crash Landing on You managed to fantasize this into a reality within the drama series. A romantic comedy to laugh, cry, and reminisce about.

Lyn - 'Back In Time' from The Moon Embraces The Sun

Caught between royalty and love, the king of the Joseon Dynasty, played by Kim Soo Hyun, struggles through a secret relationship with a female shaman, played by Han Ga In. Albeit the bitterness of revenge and power, the adorable love story in The Moon Embraces The Sun is one that keeps viewers yearning from start to end.

K.Will - 'Like a star' from My Love From Another Star

Would you fall in love with someone that may disappear from your sight at any moment? My Love From Another Star tells the story of a famed actress falling in love with an alien who got stuck on Earth. Exploring the physical constraints of space and time, the series is a reminder to treasure every moment as if it's our last.

When your life lies in the fate of your dreams, do you run, or do you embrace it? Played by Bae Suzy and Lee Jong Suk, the main protagonists easily are one of the cutest couples in the history of K-drama. A story of twist and turns of learning to accept fate, While You Were Sleeping is a warming story at heart.

Gummy - 'My Love' from The King: Eternal Monarch

The King: Eternal Monarch may seem like an intimidating show to digest at first glance, but the dorkiness of the King played by Lee Min Ho is one of the factors that keep viewers hooked on till the very end. Taking place in parallel universes, the king's unexpected romance with a police officer journeys through a battle between both worlds to rewrite history.

Ending the playlist off on a brighter note, 'Start' reflects the vibrancy and passionate youth in the plot of Itaewon Class. The drama constantly toggles between the motifs of love and success while shedding light on minority groups in the community. Itaewon Class is more than just another Park Seo Jun hit; the fast-paced drama will surely send an adrenaline rush with every action-packed scene.

Listen to the Bandwagon's all-time favourite K-drama picks in this playlist: