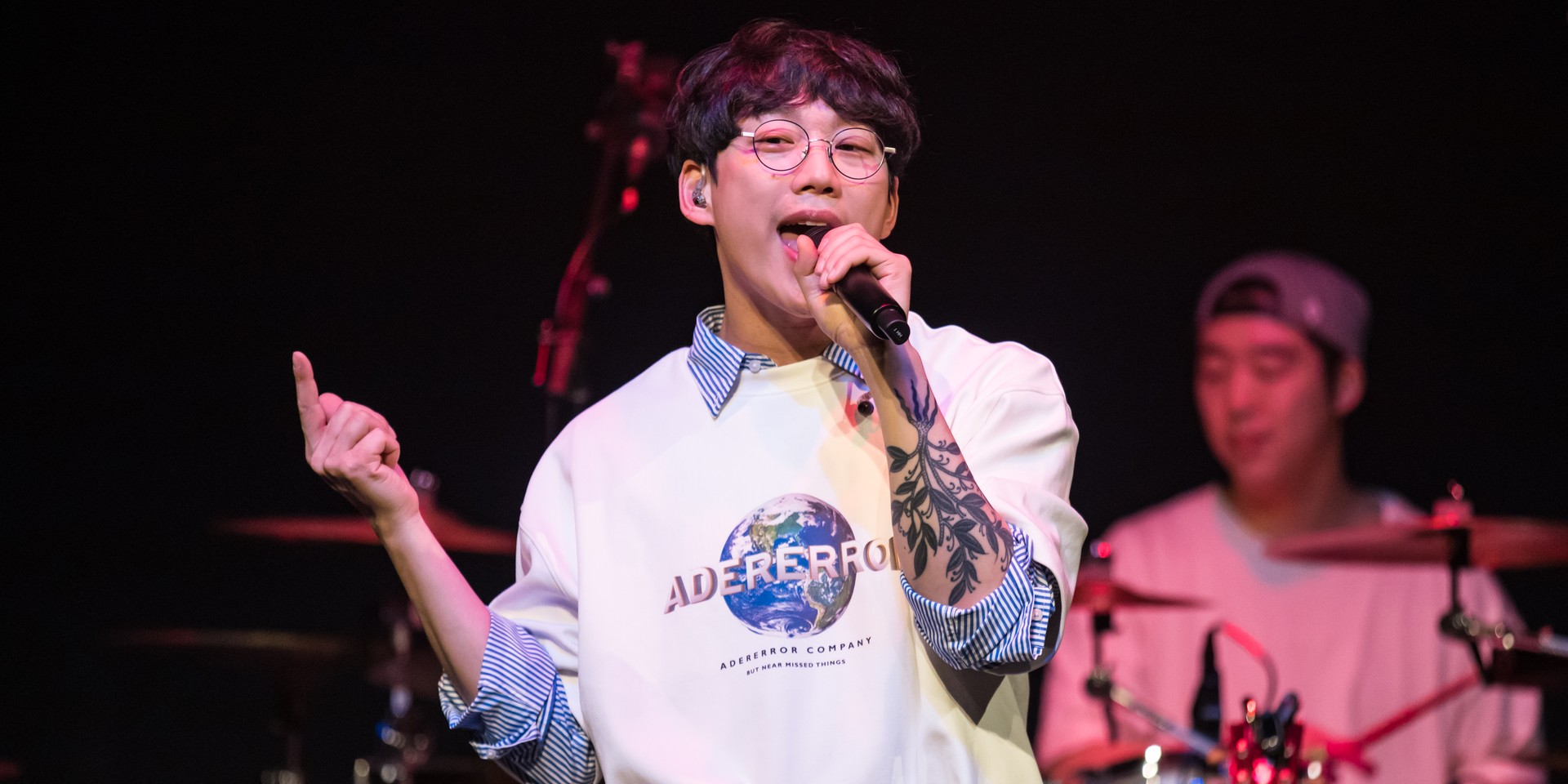 With his shaggy tousled hair and gummy smile, the bespectacled indie-acoustic scene-stealer Kwon Jung Yeol otherwise known by his moniker, 10cm, walked on stage at the Esplanade Annexe Studio. With his band in place, he took in his audience for the night for his first-ever concert in Singapore, We Are Close Enough.

Originally a duo, the South Korean indie band debuted in 2010 with its EP The 1st EP which started its musical success by clinching "This Year's Discovery Award" at the Mnet Asian Music Awards the same year, and "Best Pop Song Award" at the 2011 Korean Music Awards. Their first official album 1.0 sold 20,000 physical copies and received critical acclaim from Korean music experts for that feat despite the fact that music listeners’ preference shifted towards streaming music. 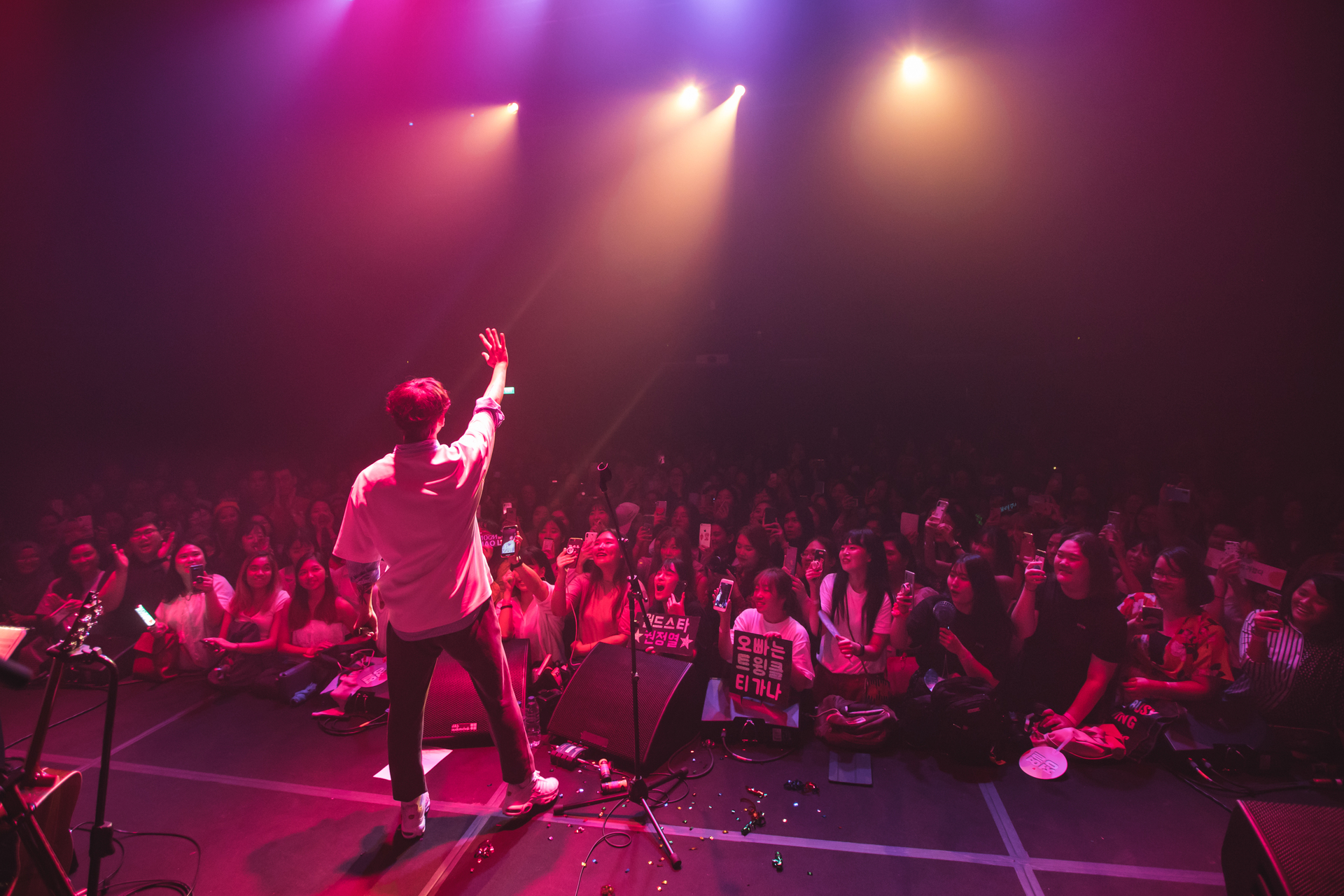 10cm wasted no time and kicked off the night with 'It’s So Nice', cleanly vocalising the higher registers of the melody throughout the chorus. Despite his rather unseemly appearance, the singer clearly did not shy away from fan service as he bounded across the stage and indulged fans with cheeky actions and posed for snaps throughout the set.

He took a breather in between songs by conversing with fans (who were actively responding to his Korean before the translator could get a word in), staying true to the name of his concert. He apologised for not being able to come to Singapore sooner and introduced his music more for those who did not know him well. Though he is known for being a staple in OST music for Korean dramas, he also composes songs that are more sensual and fun to complement his soulful and emotional ballads. In that spirit, he headed into 'My Eyes', from the OST of Goblin that claimed the hearts of housewives, school girls, and everyone in between.

As he strummed the last chord of the tune, he cheekily admitted that he practiced the song a lot before the night which earned the screams of affection from his fans. He continued on, saying that he likes his songs to be like an emotional rollercoaster and he planned for tonight’s set list to mimic that by alternating between upbeat and soulful melodies. 'Hug Me' was up next and he cued fans to sing along after him during the verses. 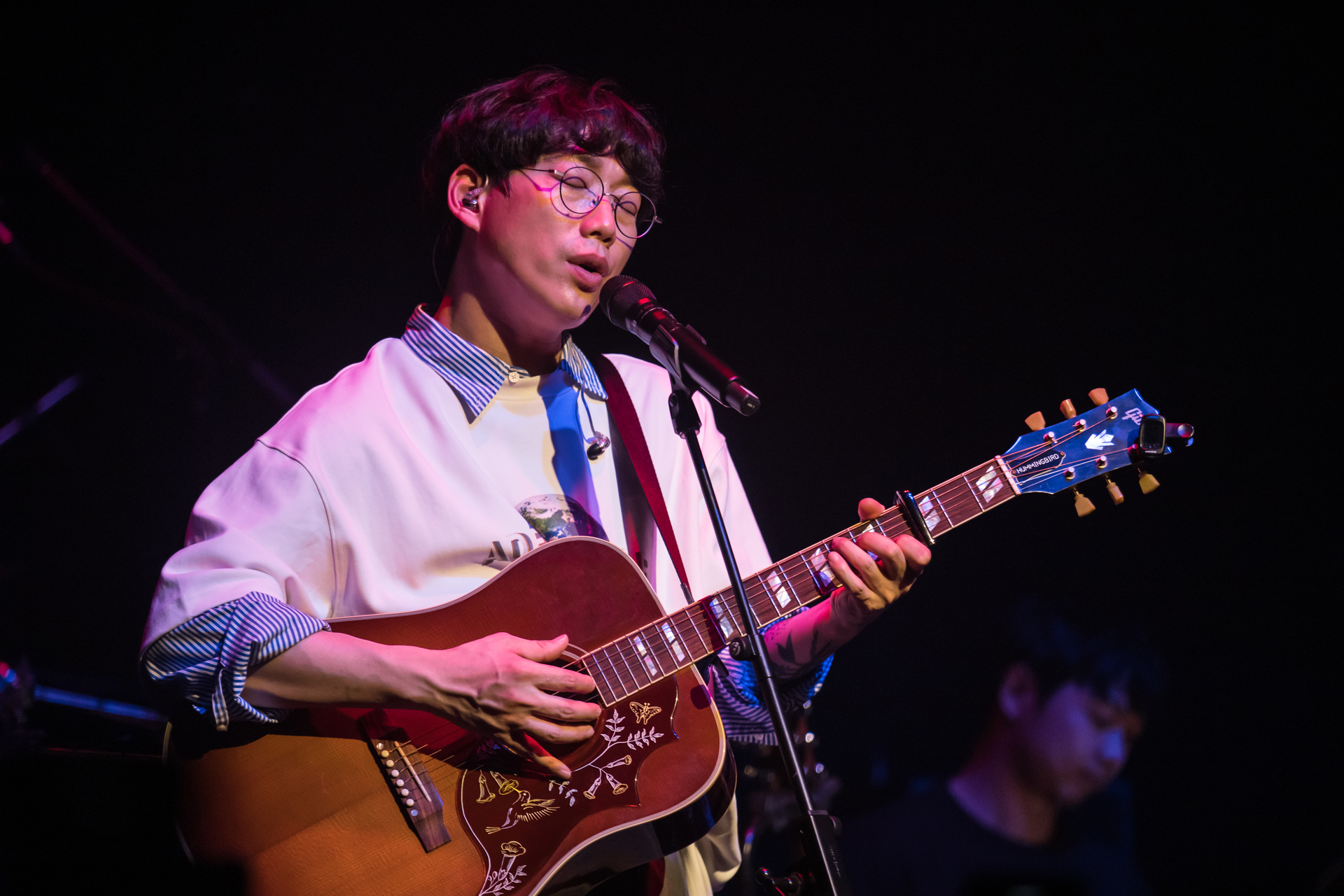 Suddenly, the atmosphere took a turn when he posed a question to the audience: If they liked sexy songs. Without hesitation, cheers ensued as he launched into 'Kingstar' but stopped right as the intro started to request for the originally blue spotlights to change to red. The reason? We quote: “It’s a sexy song!”. Throughout the haunting song, the audience had their eyes glued on him.

Yet another well-known piece in his discography, 'Bye Babe', featuring Chen from EXO, was up next and 10cm was proud to boast that he grew closer to Chen after having dinner with him upon meeting at a show. 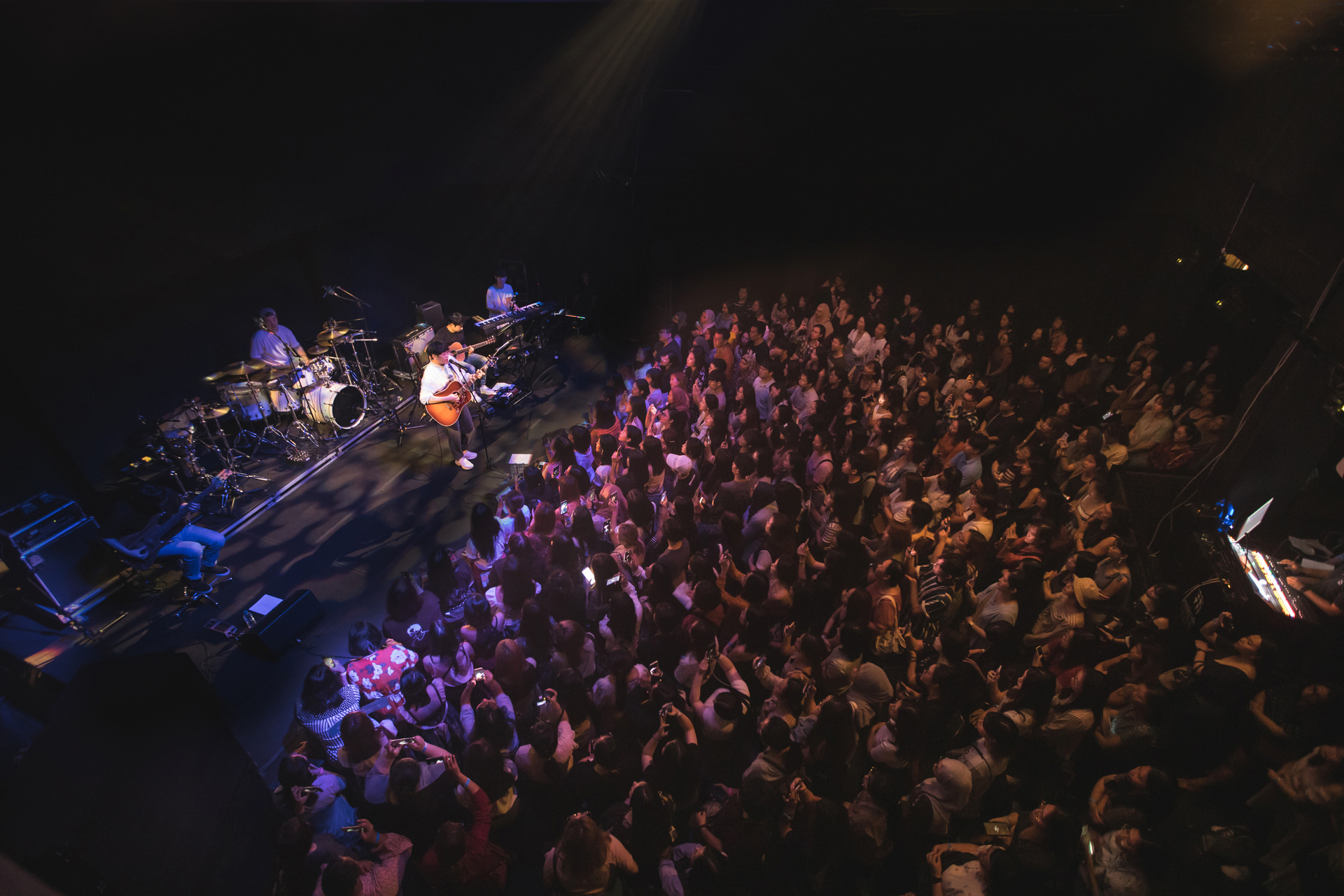 Soon enough, it was his last song of the night and fans joined in at his prompting during the bridge. Fan service was once again shown by the charismatic singer as he fanned himself using one of the fan goods that he borrowed from an audience member and even recording himself on video on a lucky fan’s phone. As he ended it off, promising that he will return to Singapore soon, he was met with chants of an encore. Soon enough, within the next minute, he returned on stage much to the delight of the audience.

His encore set consisted of a cover of IU’s song, 'Through The Night',  one of his own songs, 'Everything', and his actual last song, 'Nothing Without You', which was actually a song from his unreleased new album.

Fans were thoroughly spoiled by this teaser and will definitely be awaiting his next comeback.

Special thanks to Mode Entertainment for the invite.

Encore
애상 (Mourning)
Nothing Without You