The annual dance party held at Siloso Beach doesn't seem to be going anywhere. Conceived in 2000, it's still going strong 13 years later - reaching its largest turnout to date with 41, 000 partygoers. Say what you want about this party being the mecca of vices and sin, and the scantily-clad, what it is really is THE party of the year. Here's the defining moments of ZoukOut2013 highlighted by our reporter:

Away from the hullabaloo outside the entrances and the throng of crowds with their $38 Absolut Vodka bottles from Holiday Inn, Australian twins Nervo hits it off with their electric fuse of heavy and progressive music at the Moon Stage.

Overwhelming moment: Crowd exploding, bouncy whale in the sky when Tomorrowland’s anthem ‘The Way We See the World’ came on.

Underwhelming moment: Nearly snorted my lungs out after someone pointed out how Nervo looks exactly like Miley Cyrus and Hannah Montana standing next to each other. 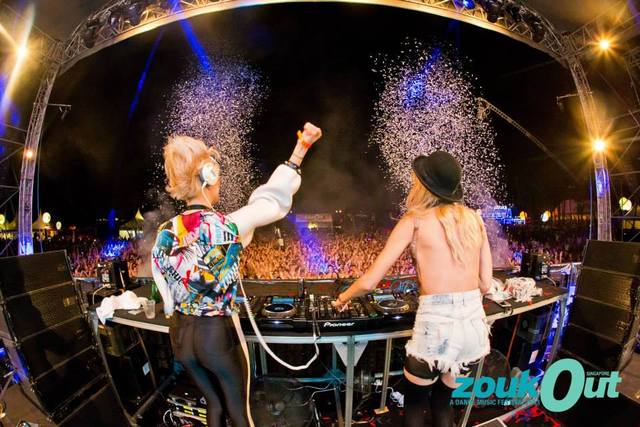 I can’t accentuate how important free stuff are to me, there’s nothing more appropriate than entering the morning train carriage with eight Citibank light up rings shimmering on my stubbly fingers. Gloat.

One thing to nit pick about beach parties is sand and plenty of that getting into your nether regions. Either we get neon spandex tight pants next year or I’m going in my Speedos.

For some, ZoukOut was like a trip to mecca, with Alesso the main reason, their Kaaba, which makes Alesso just one of those acts that you had to see before making your ZoukOut experience complete. It is a given that Alesso understands that hitting the pleasure center of the brain and the billboard top 100s is his unearthing of raw knife-edged music and his pulsating remixes of them. His remix of Ellie Golding’s ‘I Need Your Love’ cements Alesso’s spot in nowhere but our hearts of course.

Awwwh moment: Seeing a gay couple make out on the jumbo screen during ‘If I Lose Myself’. 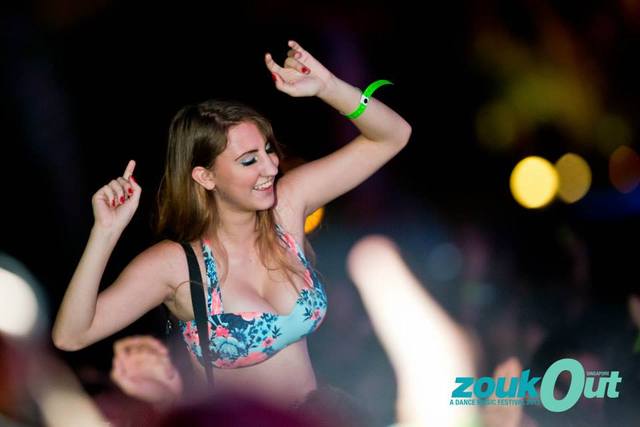 It may not be the price of sweet elixir but at $5 for a bottle of H2O at a dance festival, it just doesn’t make economical sense. My body may yearn for hydration but my hands reach into my pocket for another ten-er. If this watery situation doesn’t clean up, my pee will taste just like alcohol.

Introducing EZ-links as a mode of payment may have been one of the most interesting ideas, it seemed like such a crazy idea at first but the move to payment with a single card is really starting to materialize. Welcome to the 21st century, Marty McFly will certainly not be disappointed.

DJ Hong and Ghetto were few of the names that popped out from the local circuit. Making a name for themselves may have been one of the toughest acts to name, taking years to hone their craft, but they seem to be reaping what they sow, with the crowd even doubling that at Benga. But it is what it is, dance-y tunes with neither care nor purpose. 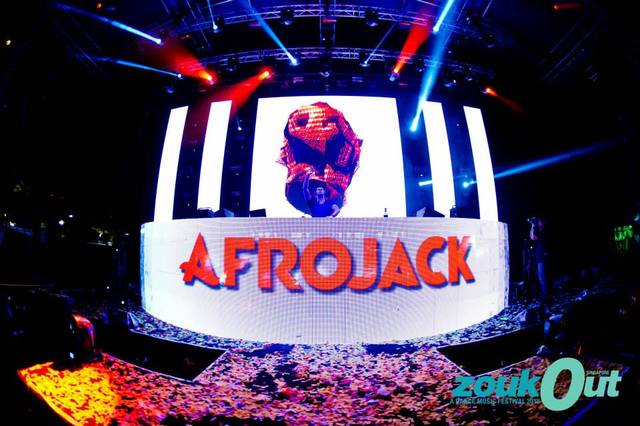 By opening his set with grand showers of lights and woah oh oh oh ‘Take Over Control’, Afrojack sets the bar with what he is capable of, launching the crowd into a sea of torrential waves during his mix of Tiesto’s ‘Red Lights’; being in the middle of it felt quite like the eye of a hurricane. One thing I can and will never forget is the amount of girl on girl action during his set.

Living the unofficial ZoukOut slogan of “Live, Laugh, Rave” were the 41,000 that graced ZoukOut13 and nearly half of it flew oceans and seas just to be a part of it all. We met people from the land of Smiles, Bratwursts, Sushi and Child Soldiers just to name a few and it is just stumbling to see how music melds people from all over the world together. Afghanistanis included. 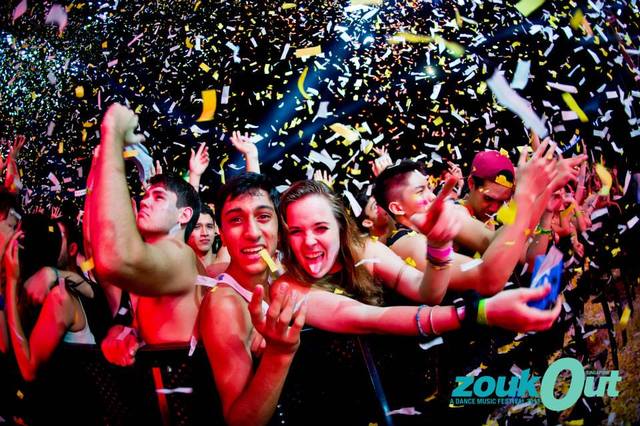 British rapper Example & DJ Wire leads the forefront as one of the primer live acts of ZoukOut 2013, if 2011 had Ladytron and 2012 had Knife Party, ZoukOut were sticking to their tried and tested formula. Since working with Calvin Harris, Example has embraced pop and rock music, bridging people to the world of rhythm and rhyme as he goes along. Teasing us with new song ‘Kids Again’ at the Star stage, there’s a renewed Christmas morning excitement in the air as he throws his hands reaching up for the stars.

Alcohol and ZoukOut are unanimously linked like Siamese twins are, I’ve seen so many people try and fail with alcohol and $10 alcohol definitely isn’t helping their cause. Seeing people dizzy with alcohol turn into ambidextrous octopuses when it comes to the art of drinking alcohol make for the funniest photo opportunities. 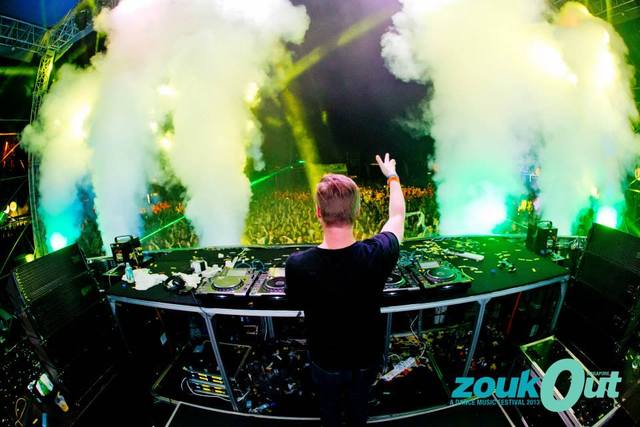 Carrying a heavy name for himself as the Godfather of Trance, Ferry Corsten, System F or whatever grand pedestal you put him on, pulsates with energy with each time his name enters a conversation. Experimentation takes on a new meaning as he fuses his signature sound with earthy off beats to create ‘Ain’t No Stopping’. It was hitting close to four when he came on, but System F is just too gratifying to ignore.

With the number of men in uniform (the police kind) on standby, you’d think the nefarious activities would be halted with a crash but I’ve seen groups passing on dubious looking hand-rolled cigarettes and the haphazard crossing of the Siloso-ZoukOut border. A little too much of a risky venture for me but worth a jot in my to-do list for the future.