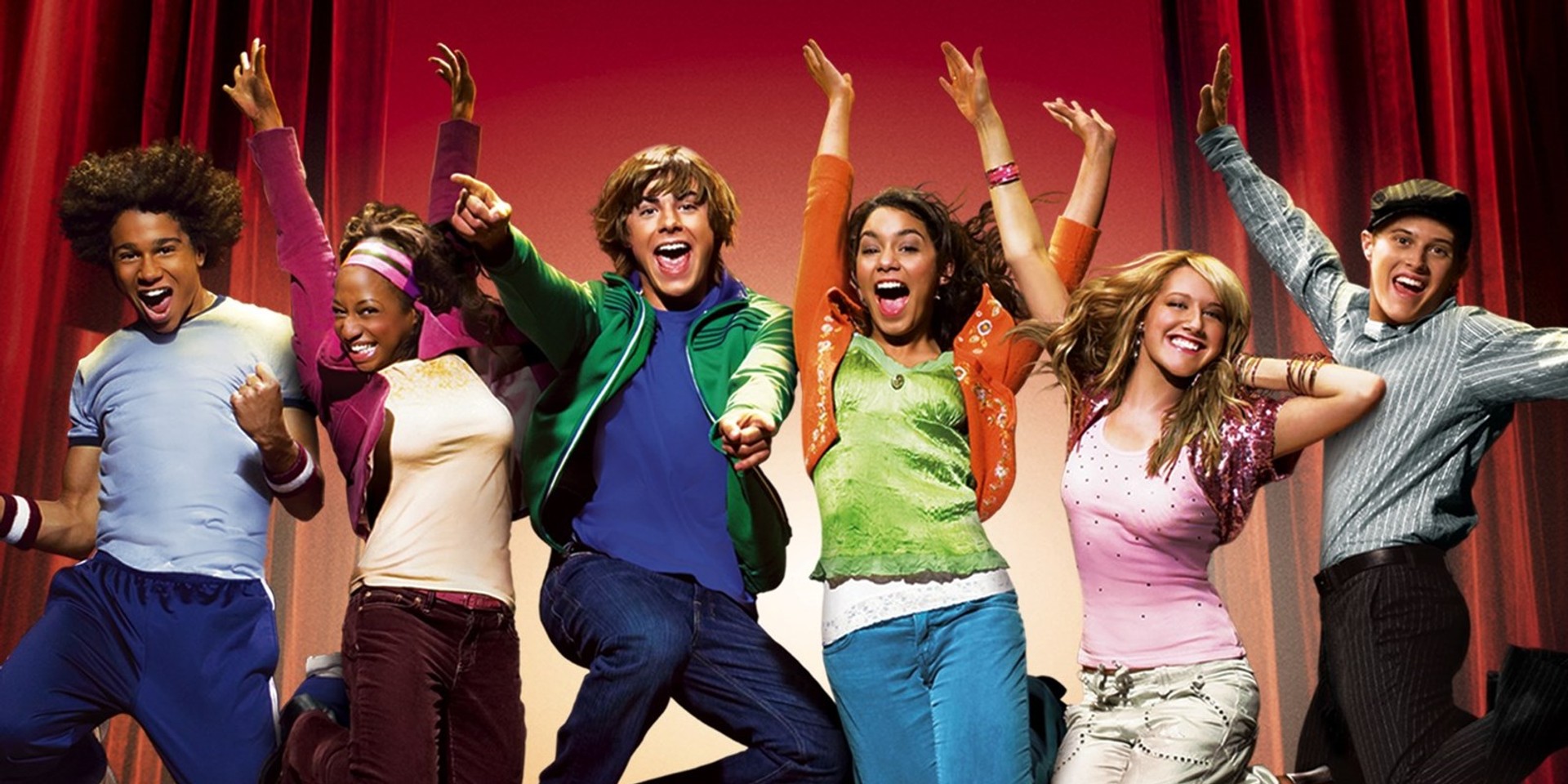 The early 2000s were defined by brightly coloured tracksuits, the Apple iPod, and of course, High School Musical. This year, the beloved movie series, that we all have come to know and love, celebrates its 15th anniversary, and continues to be a cultural phenomenon.

If you have yet to hear of High School Musical, the movie revolves around the high school adventures of Troy Bolton and Gabrielle Montes, and their friends. Think your classical teen movie but with a lot more music - good music. Despite being over a decade old, the movie's songs still can't seem to get out of our heads.

Early last year, the cast which included Vanessa Hudgens, Ashley Tisdale, Corbin Bleu, Lucas Grabeel, and Monique Coleman, as well as a special appearance from Zac Efron, got together for a highly anticipated High School Musical reunion as part of ABC's The Disney Family Singalong. The HSM cast, alongside other Disney stars, sang and danced to the movie's iconic track 'We're All In This Together' via Zoom.

To celebrate 15 years of the beloved trilogy, we wanted to honour the High School Musical tunes we grew up with. With a plethora of catchy tracks and bops like 'Everyday', 'Status Quo', 'What Time Is It?', and more, it was definitely a challenge to narrow down the list. Nonetheless, here are our 15 picks of the most iconic performances from High School Musical.

Start of Something New - Troy & Gabriella

It was the 'Start of Something New' indeed. Marking the first-ever song from the trilogy, this duet between Troy and Gabrielle at a New Year's Party karaoke night is where it all began.

What I've Been Looking For - Sharpay & Ryan

Who doesn't love a little jazz number? Considerably one of the best duets from the entire movie series, Ryan's and Sharpay's fast-paced rendition of 'What I've Been Looking For' is a number that, without a doubt, gets our feet moving.

The timer counting down, Troy and Gabrielle running to callbacks, and Ms. Darbus almost not letting them sing, the moments before this number had us all on the edge of our seats. Okay, maybe not literally but it definitely got our hearts racing. 'Breaking Free' is a performance that's definitely resonated with everyone - from representing Troy and Gabriella literally breaking free from their high school cliques to the entire school singing and dancing along to a musical number.

Get'cha Head In The Game - Wildcats

Using the sounds of balls bouncing and shoes running across a basketball court, 'Get'cha Head In The Game' perfectly encapsulates Troy's ever-persisting dilemma of choosing between music and basketball. The song itself is an earworm that'd get stuck in your head for weeks.

Bop To The Top - Sharpay & Ryan

If you ever needed a song that just beautifully describes Ryan and Sharpay, this would be it. From the flashy outfits to the lyrics, 'Bop To The Top' captures everything about the Evans siblings that we love.

We're All In This Together -

At one point in time, we've all tried to learn the dance to this - don't deny it. 'We're All In This Together' is just a fun song, plain and simple. It's a celebration, a party, and everything that's good in the world. Is that an exaggeration? Maybe, but it's still a great song.

If there's any song that needs to be on a High School Musical songs list, it's 'Fabulous'. Considerably one of the most iconic performances from the entire trilogy (come on, there was a pink grand piano in the pool!), Sharpay's performance set the tone for High School Musical 2 - bigger and better, as she says.

A toaster, wine glasses, and pans, 'Work It Out' is one of the musically creative performances of the entire series. A track about sticking it through, Troy even made us think a summer job at a kitchen was fun.

'I Don't Dance' is one of the very few musical numbers between Chad and Ryan throughout the entire series, and it definitely did not disappoint.

'Gotta Go My Own Way' is the breakup anthem of every 2000s child, and that is a fact (not really). The song was the culmination of all the heartache and pain Gabrielle felt that summer, and every lyric showed it. This was one of the many songs from High School Musical that you just know by heart and sing out loud at the top of your lungs.

Complete with jazz hands, running across a golf course, and jumping off a boulder, Troy's 'Bet On It' was the pinnacle of drama in the early 2000s.

You Are The Music In Me - Troy & Gabriella

One of many scenes that had everyone rooting for Gabriella and Troy, 'You Are The Music In Me' is the peak of teen love songs and you can't deny it. It's cute, sweet, and unbelievably catchy.

A Night To Remember - HSM Cast

Prom is one of the most-high-school experiences there is and 'A Night To Remember' encapsulates the entire experience. From the grand-scale dance number to the song itself, this performance was also one of the most fun to watch.

Can I Have This Dance - Troy & Gabriella

A testament to Troy's and Gabriella's love, 'Can I Have This Dance' is one of the very few ballads by the couple and it never fails to get us emotional. I mean, who doesn't love a romantic rooftop dance number?

If tears didn't stream down your face when those curtains dropped then you're definitely lying. Serving as an aptly named farewell ode, 'High School Musical' marked the end of the movie series in the most-High-School-Musical way possible - with a grand performance by the entire cast.

Listen to the rest of High School Musical's soundtrack here.