Held at the Singapore Indoor Stadium, the K-pop fiesta boasted an impressive line-up of rookie stars such as AleXa and Stray Kids as well as veteran K-pop acts, Super Junior, GFriend and Ha Sung Woon. This marked the first stop of a trailblazing tour that will head to Los Angeles and Vietnam before returning here next year.

Check out Bandwagon’s top 5 highlights of KAMP Singapore below. 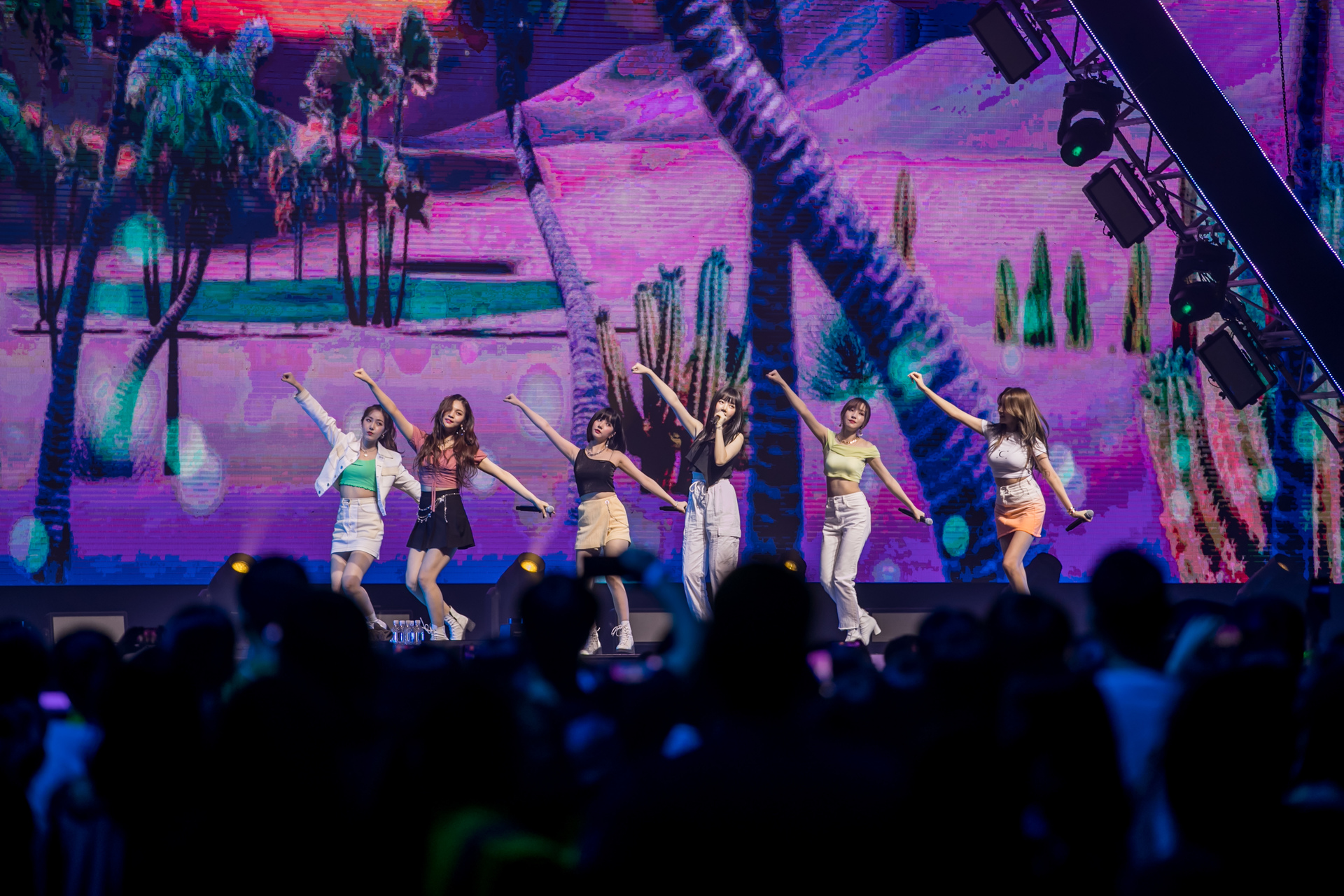 It was just three months ago that K-pop darlings GFriend performed here but Buddys (name of fans) were still roaring with exhilaration when the girls arrived at KAMP.

After wowing the crowd with an electrifying performance of ‘Fingertip’ and ‘Navillera’, the girls treated fans to a ballad version of ‘Rough’, during which vocalists Yuju, Eunha and Umji stole the show with their phenomenal vocals and harmonies. Thanking the crowd for their support, leader and main rapper Sowon said: “Today, it’s K-pop that’s bringing us as one – let’s have a crazy time together!”

Turning the heat up with their tropical comeback track ‘Fever’, GFriend showed their powerful and synchronized moves as they danced to the vibrant synth-heavy track. Extremely versatile, GFriend easily affirmed their status as one of the most incredible third generation girl groups. 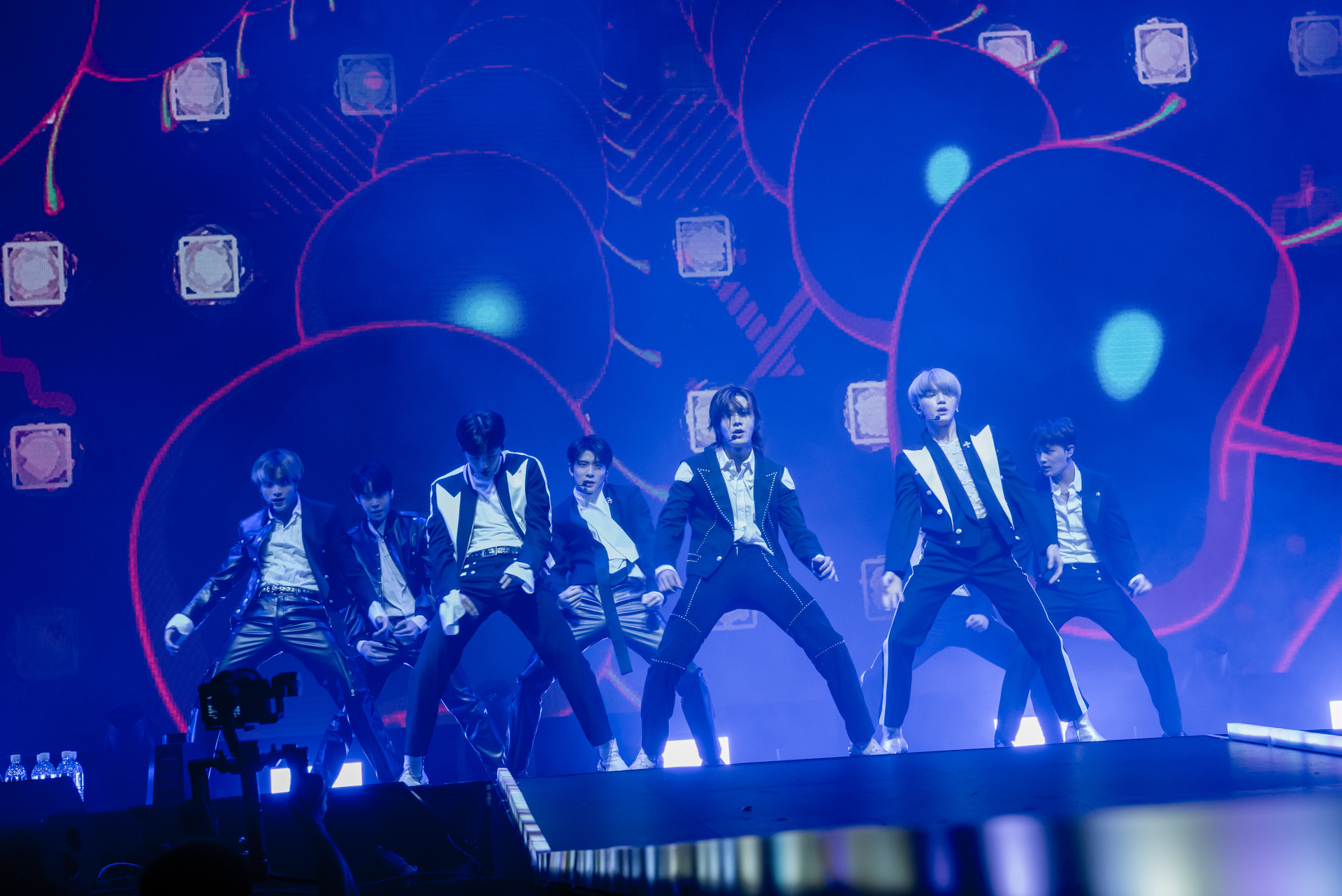 South Korean boy band NCT 127 wasn’t afraid to declare that it was, “the biggest hit on this stage” in their infectious hip-hop dance track ‘Cherry Bomb’, that night. Despite the absence of lead vocalist Jungwoo due to health reasons, NCT 127 made sure to come back bigger and better.

From displaying their swagger in ‘Regular’ to bubbly charms in ‘Touch’, the eight members cruised about every corner of the large stage to greet their NCTzens (name of fans) during their feel-good party jam ‘Replay’. Packed with a clapping beat and blasts of confetti from the stage, the performance got the crowd on their feet and immersed in the track.

Before closing their set with their empowering dance hit ‘Superhuman’, leader Taeyong who is also a member of SM Entertainment’s latest project Super M said: “Thanks for your continuous support of NCT and K-pop artists here tonight. We will continue to bring better stage performances and music!” 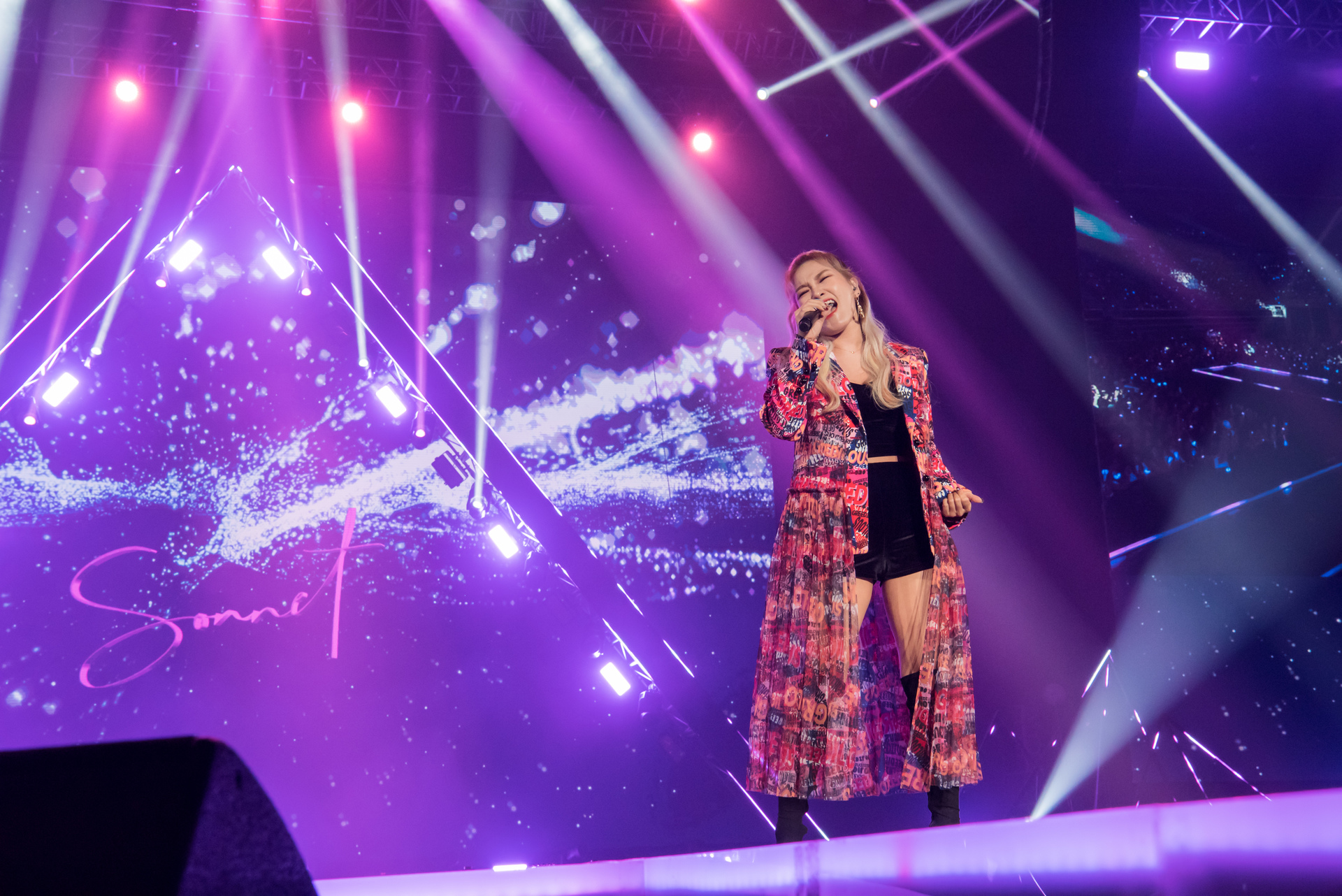 South Korean vocalist Sonnet Son stood alone on stage but the 26-year-old had no issue blowing the crowd away single-handedly with her powerhouse vocals.

Crowned as the winner of The Voice of Korea, the pop diva also has the most number of victories by a female singer on South Korean singing competition program King of Masked Singer.

Kicking her set off with a rock cover of SHINee’s ‘Sherlock’ and Ailee’s ‘You & I’, Sonnet flawlessly nailed every high note and even a low-tone rap. Melting the fans' hearts with an exclusive stage of JJ Lin’s ‘修煉愛情’ in perfect Mandarin pronunciation, Sonnet belted out each note with desperation and melancholy, proving that she is truly a master of emotion.

Wrapping it up with her ballad ‘I’m Not A Warrior’ which is a collaboration with acclaimed songwriter Walter Afanasieff, Sonnet definitely left a solid impression on KAMP audiences with her empowering anthem. 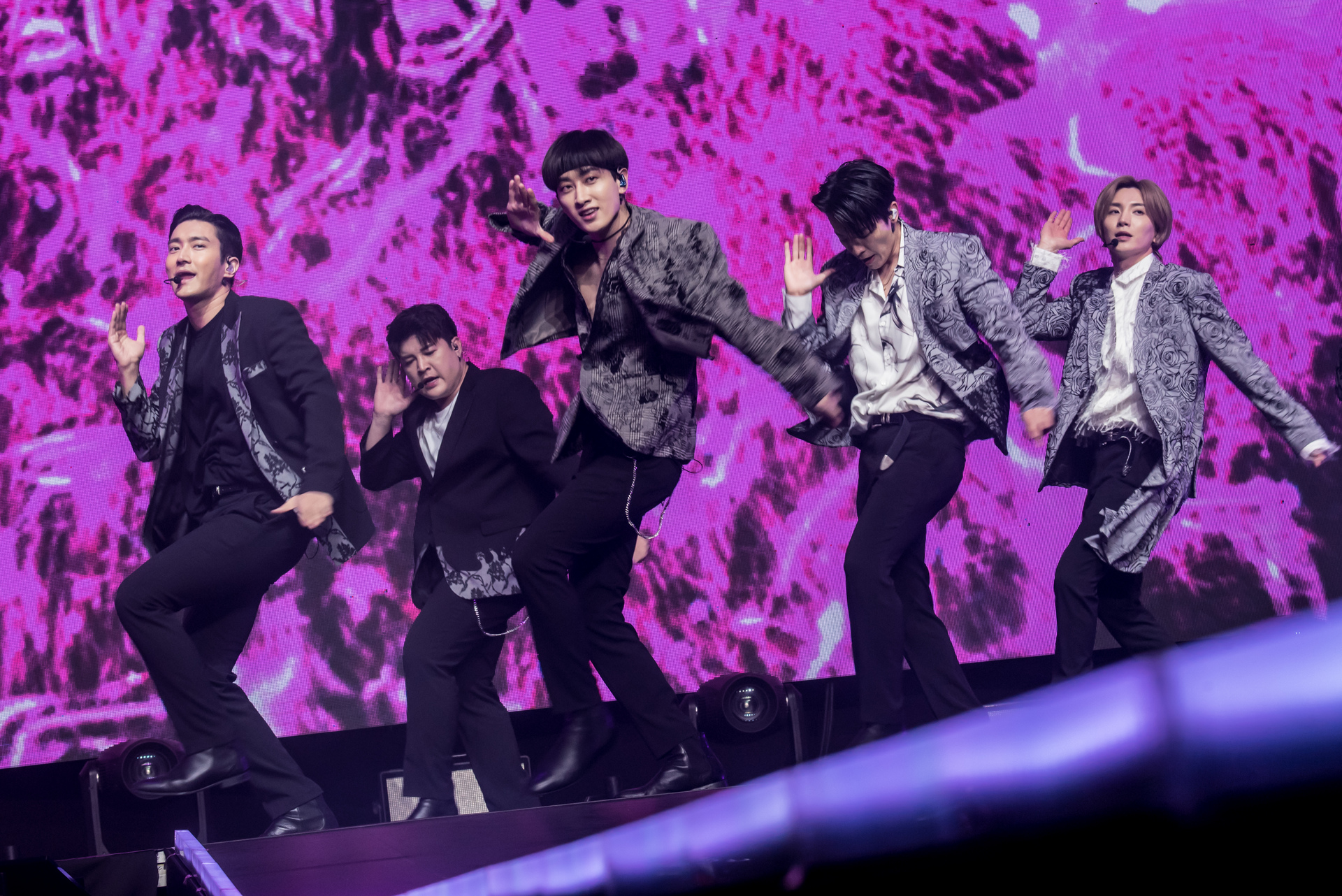 One of the most anticipated performances of KAMP undoubtedly belonged to K-pop veterans Super Junior, who lived up to their mega boy band status in a performance of their latest release ‘Super Clap’. Treating fans to a slew of well-loved hits such as 2017’s ‘Black Suit’, 2015’s ‘Devil’ 2011’s ‘Mr Simple’ and 2005’s ‘Miracle’, the members proved they are still a force to be reckoned even after 14 years in the scene.

Wrapping up the set with the group’s revolutionary hit ‘Sorry Sorry’ which turns 10, this year, vocalists Yesung and Ryeowook still nailed every note while Eunhyuk flawlessly led the dance break. We certainly can’t wait for Super Junior to be back here for their next solo concert! 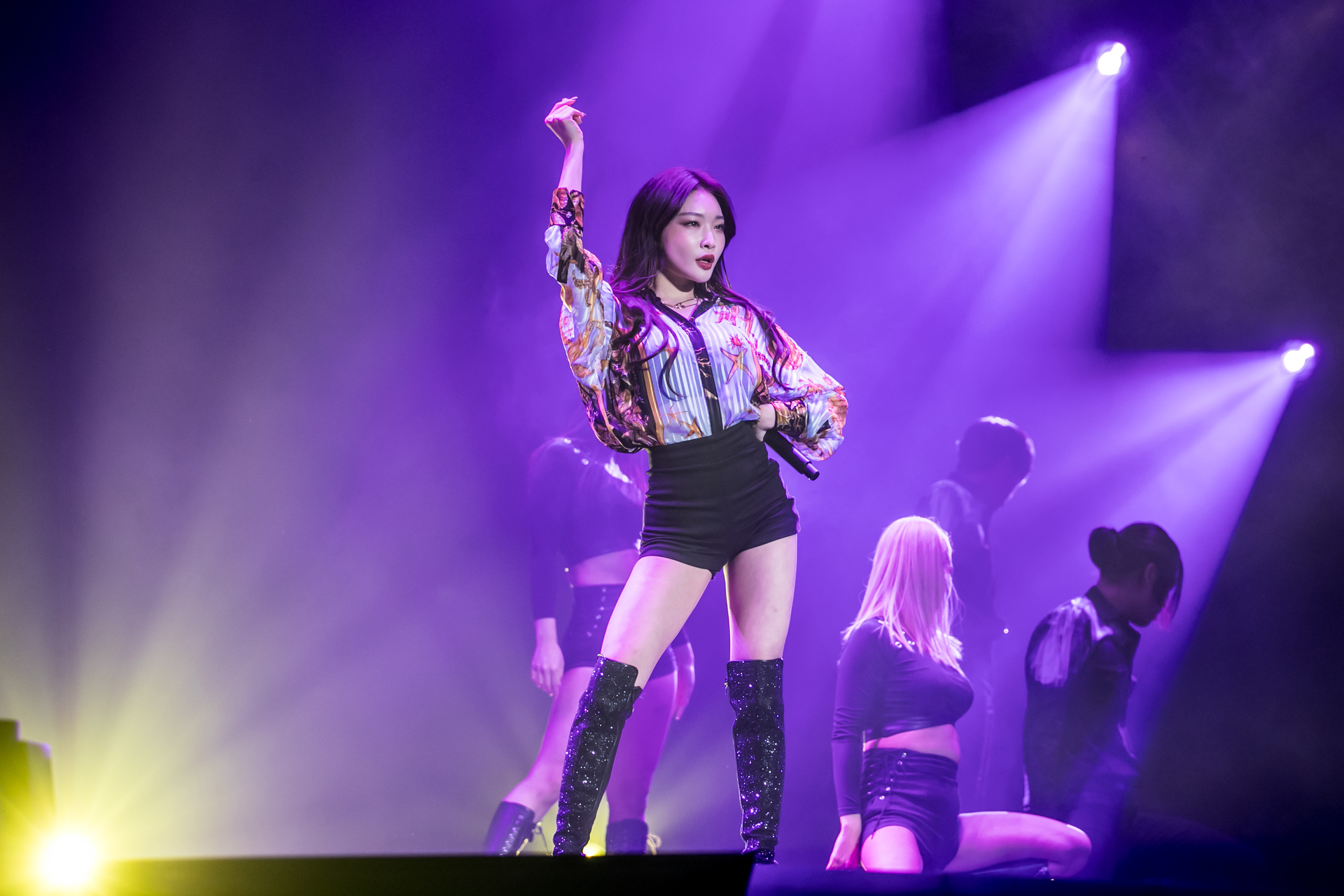 Male and female audiences were left speechless when K-pop femme fatale Chungha leapt on stage to perform her chart-dominating hit ‘Snapping’. Nicknamed by fans as one of K-pop’s best queens, the 23-year-old captivated the crowd with her fierce dance moves and seductive vocals. Oozing charisma as a girl crush in powerful hits ‘Gotta Go’ and ‘Rollercoaster’, Chungha had no difficulty perfecting complex floor dance moves and hitting high notes spot-on.

Ending her set with a cover of 2014’s anthem ‘Bang Bang’ by Jessie J, Nicki Minaj and Ariana Grande, Chungha strutted down the stage to greet her fans, throw finger hearts and give her Byulharang (name of fans) a closer look at her self-choreographed dance to the hit.

Special thanks to KAMP Global for the invite.