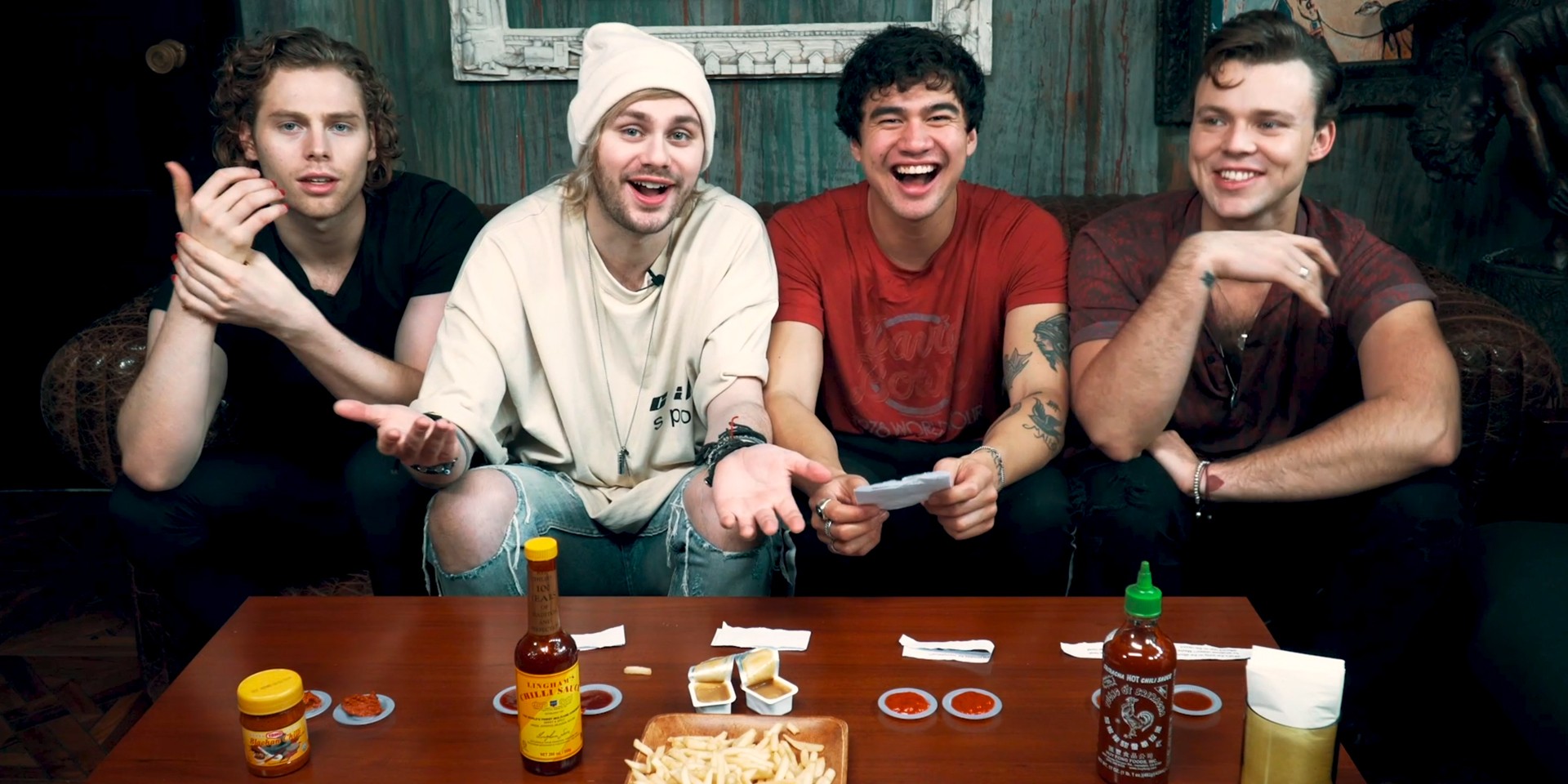 From the sounds of singles 'Youngblood' and 'Want You Back', the boys' third album marks a definite shift in musical direction, as well as a more mature outlook on life and love. Definitely a pop album to look out for!

5SOS were in Singapore last month to perform to their ardent fanbase here, and we got an opportunity to introduce them to some beloved Singaporean sauces, and ask them questions about the new album at the same time. Call it... 5 Sauces with 5SOS.

Find out about 5SOS' encounter with The 1975 while making Youngblood, which song they're most excited about their fans hearing, and which sauce they liked best.