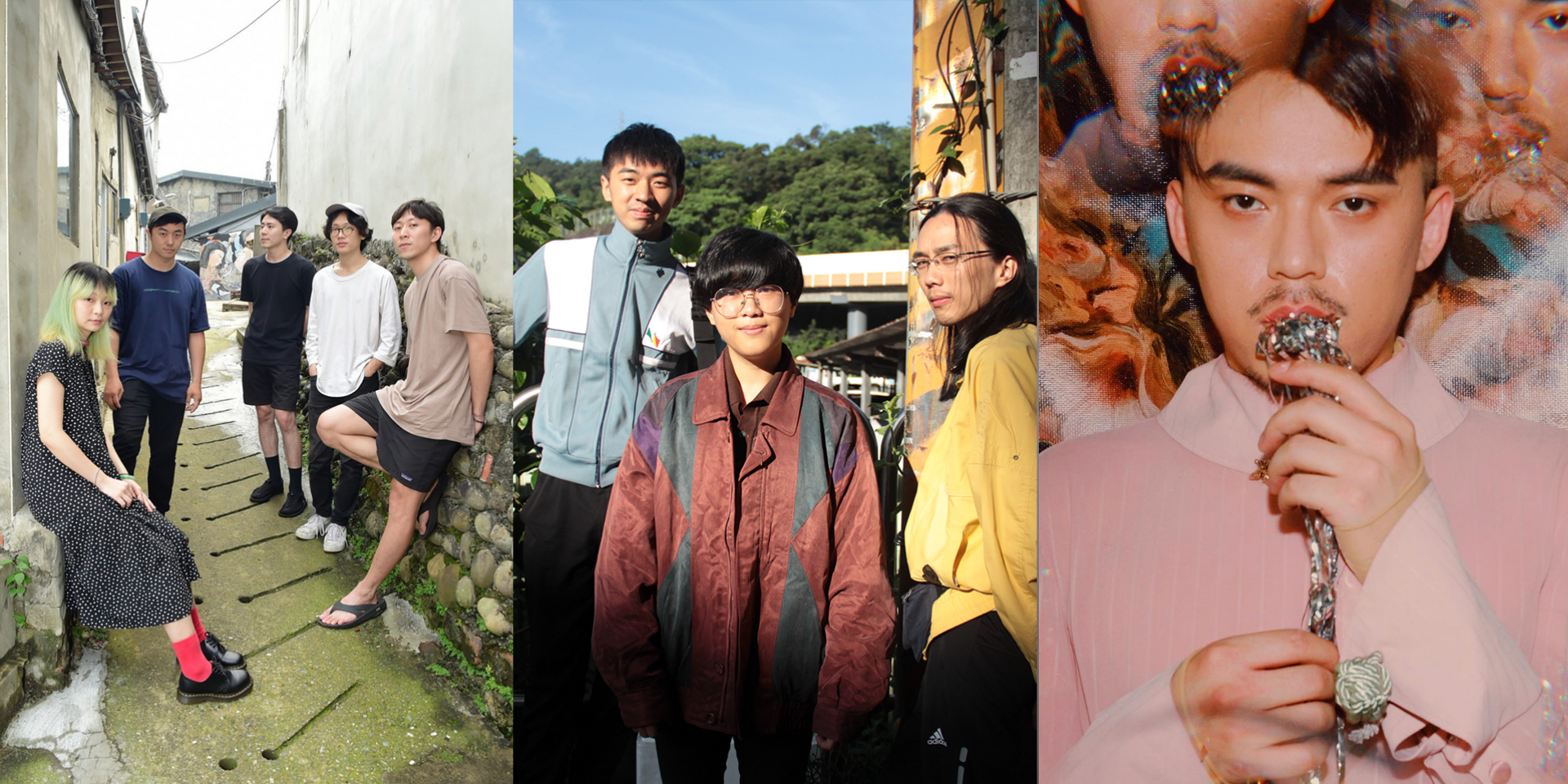 The annual Golden Indie Music Awards (GIMA) has spotlighted the multi-faceted indie music scene in Taiwan over the last decade, persistently emphasising creativity, composition and diversity. The theme for the 10th GIMA, which was held last Saturday, was Freedom, highlighting the significance of the freedom of expression. 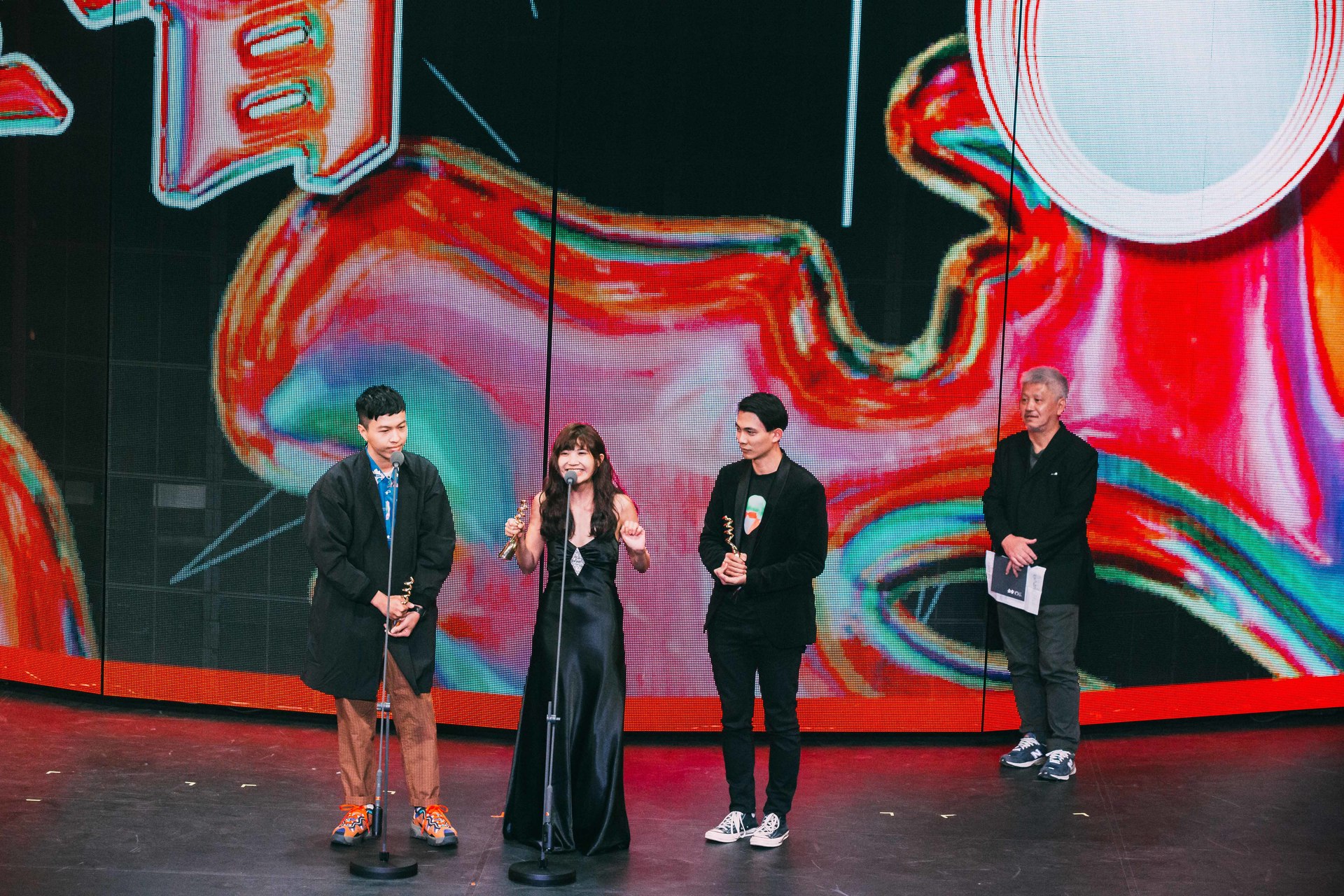 Math rock band Elephant Gym was awarded Best Band, one of the biggest awards of the night, triumphing over fellow nominees, including Accusefive, Amazing Show, Sugarcat and Prairie WWWW, with its second studio album Underwater.

In their speech, bass player and vocalist KT Chang briefly talked about their journey as a band. Having already traversed seven years together, she said that although they have argued and fought a lot, at the end of the day, they are all equal, even in their songwriting processes, where everyone contributes a comparable amount.

In their interview with the media, they also revealed that following their world tour earlier this year to America, Europe and Japan, which helped solidify their presence on the international stage, they will commence their Taiwan tour next month, and teasingly urged fans in their hometown, Taichung, to give them more support because it's the only show that hasn't been sold out yet. 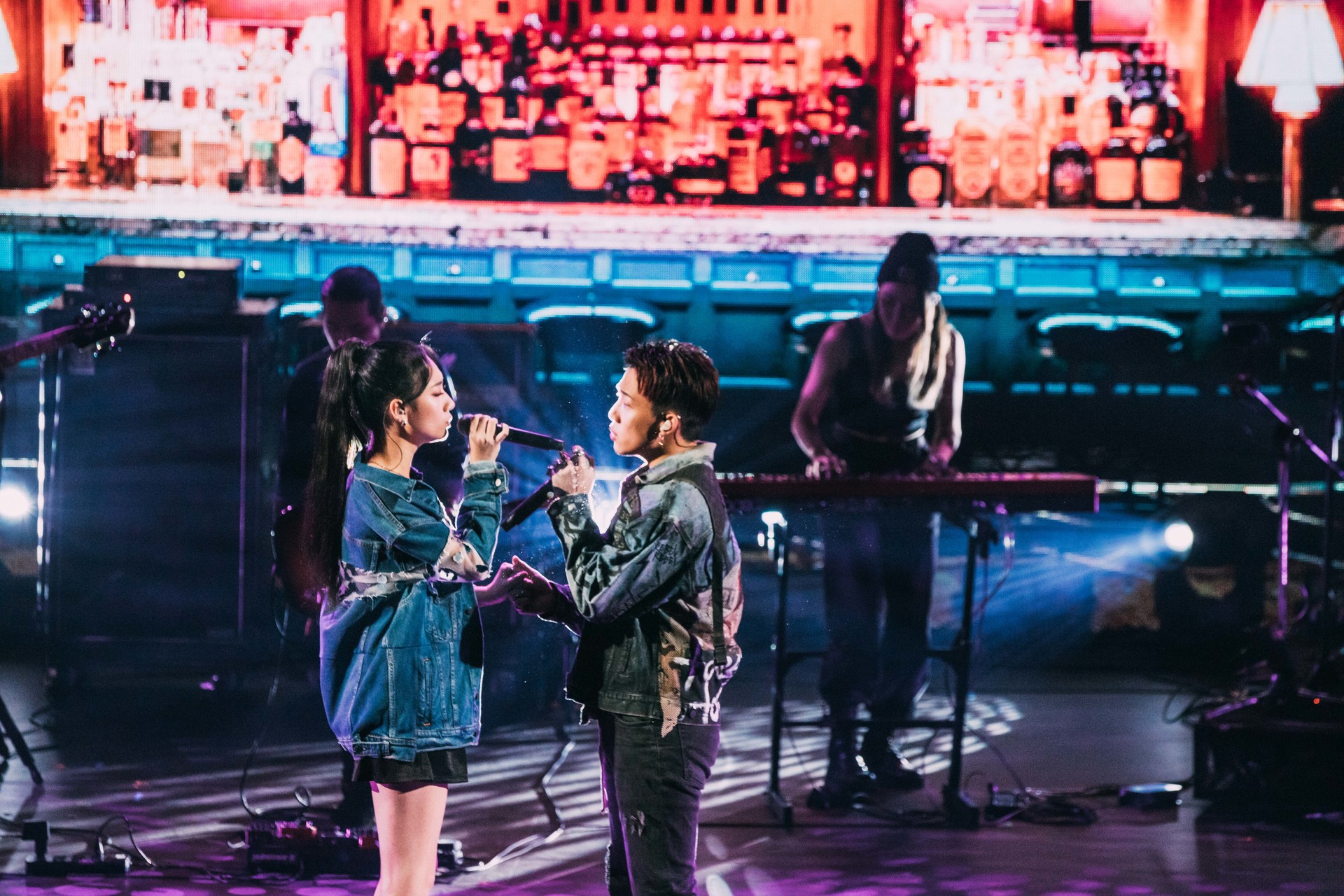 The collaboration between R&B chanteuse Julia Wu and hip-hop artist ØZI was a mesmerising, dazzling collision as they displayed an undeniable chemistry and effortlessly delivered a spellbinding, feel-good performance.

Wu opened with the lovelorn classic 'Officially Missing You', before ØZI sauntered on stage and comfortably joined in with his signature laid-back crooning. Next, they delivered a medley of two of their most well-known tracks, 'B.O.' and 'Dial Up', where they grooved in tandem to the sultry beat.

Subsequently, after ØZI was crowned with the Best R&B Album Award, he revealed that he was happy that it was Wu who handed him the award. An amusing and endearing sight to witness was when Julia first unveiled the results from the envelope and excitedly yelled, "Oh my god! Stefan!", ØZI's birth name, and waved him on stage. 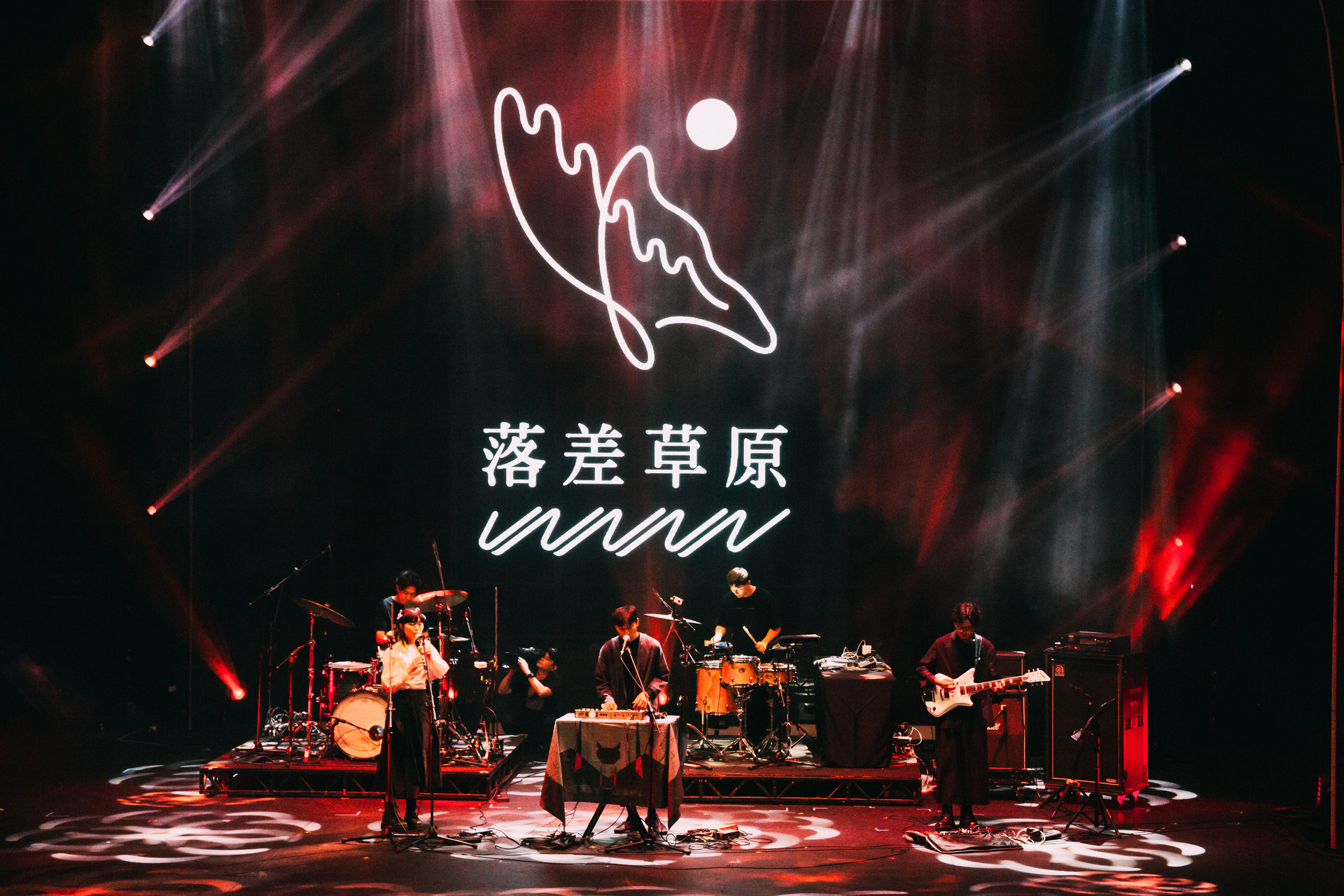 This year, the Best Live Performance Award was the first to be announced, and in an electrifying and hilarious way. Last year's winner, hardcore band Flesh Juicer, opened for the night and creatively weaved in the introductions for the nominees in their lyrics. The moment their performance ended, they declared the winner to be Prairie WWWW.

In Prairie's speech, they poignantly expressed their gratitude for the support Taiwan gives to artists and bands, also not forgetting to thank their forefathers who fought to achieve the freedom Taiwan enjoys today.

Later into the night, before the Judge's Choice was announced, chairman of the judge's panel Shifang Ma revealed that Prairie's music stunned all the judges, and although the band draws inspiration from Taiwan and its way of life, its music also has potential to transcend geographical borders and similarly amaze international listeners. 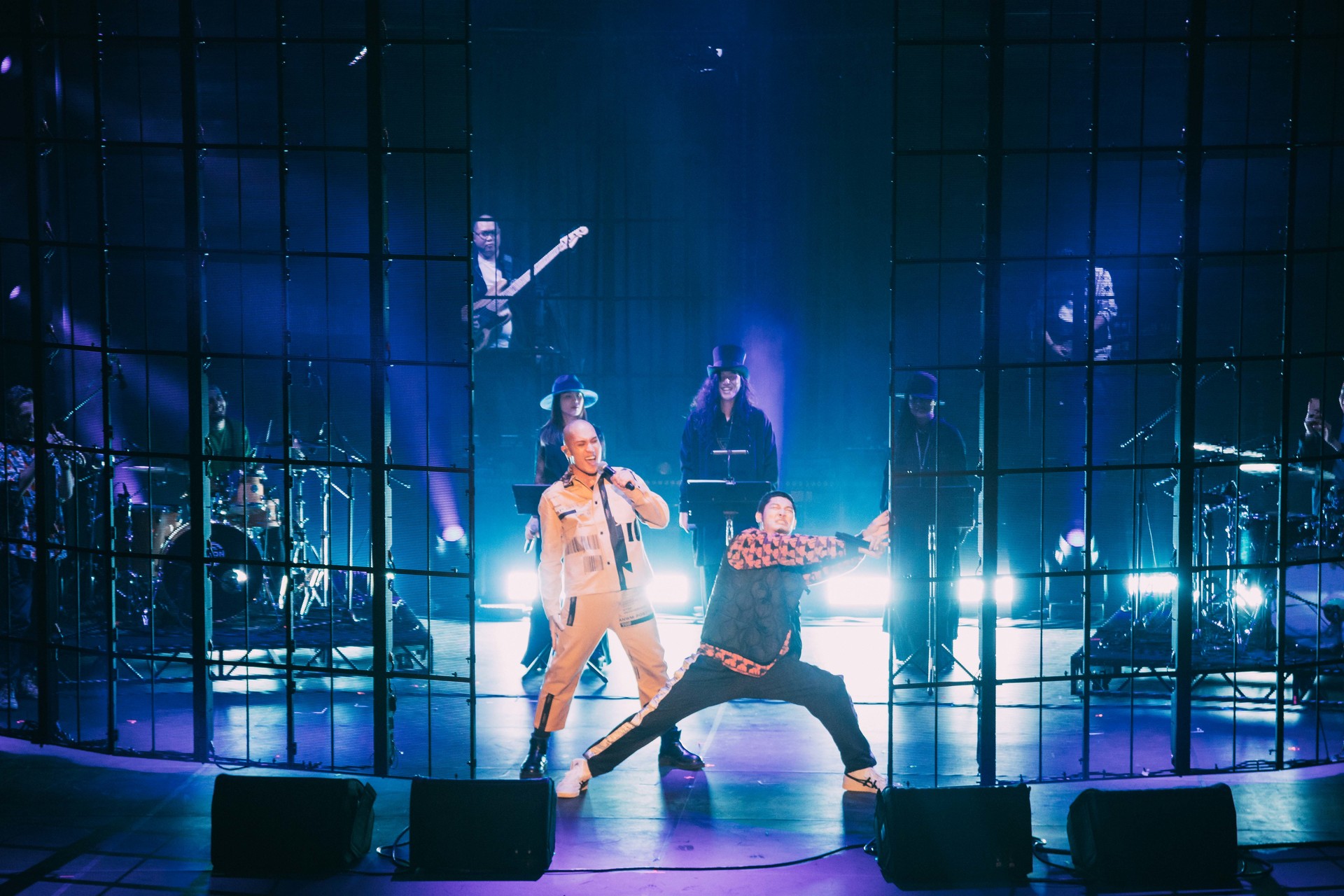 One of the most electrifying performances of the night was, without a doubt, the collaboration between rapper Leo Wang and genre-bending rock band YELLOW, which was one of the nominees for the Best Live Performance award.

Appearing before the audience in unexpected ways, Leo Wang emerged from the backstage with a camera following him, and he immediately launched into The Doors' 'moonlight drive', showcasing his husky vocals. Next, YELLOW's frontman Huang Hsuan emerged from amidst the audience and joined Leo Wang on stage with 'mercy rule' and '不開燈俱樂部'. ​

Before they concluded their performance, stage barriers entrapped them at the center of the stage and they played along as they mimed being trapped. 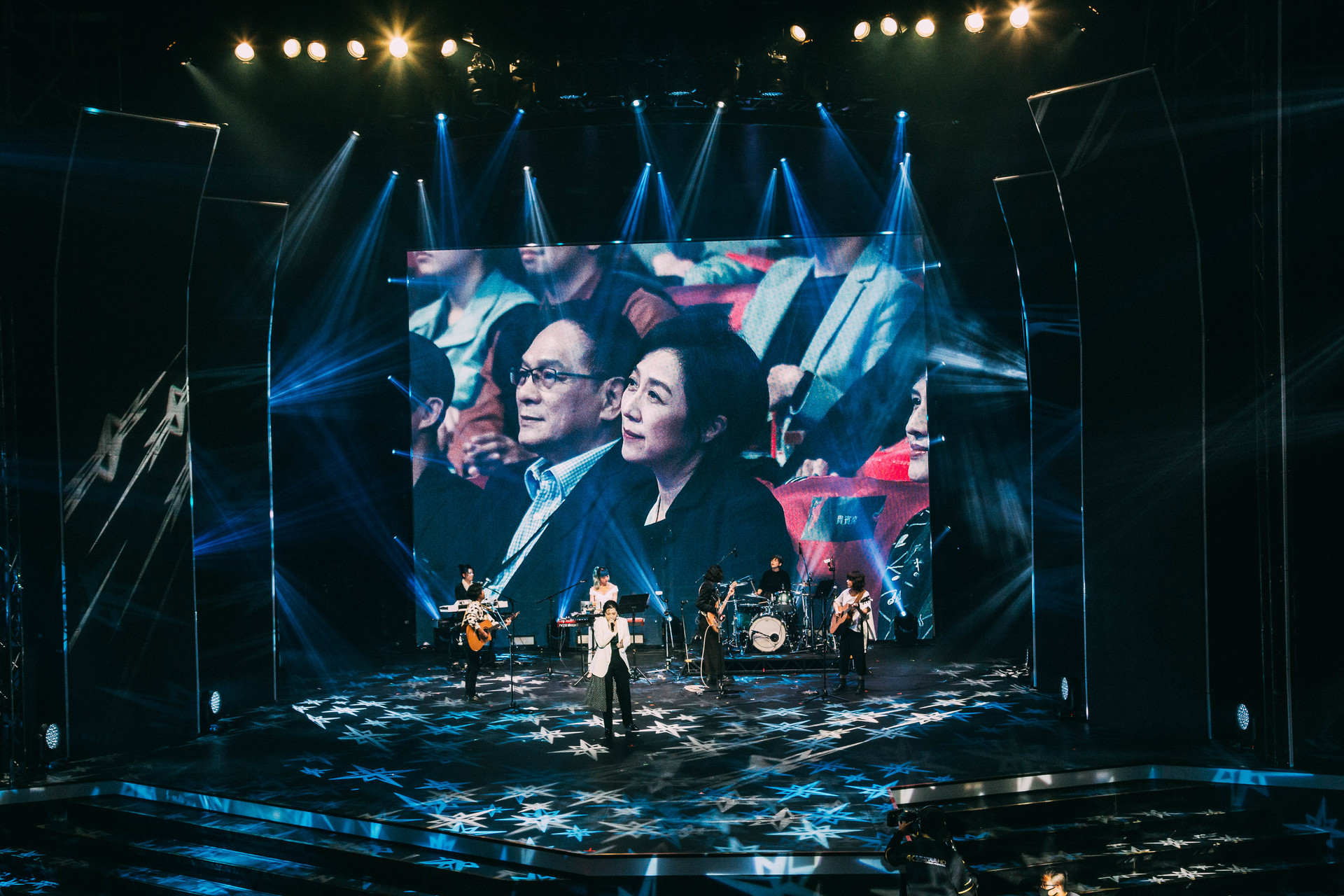 An epic collaboration between the female members of six bands, namely Accusefive, Sweet John, Zoomie, Lillium, JADE EYES and Sleeping Brain, celebrated the music of Kay Huang, this year's Special Contribution Award winner, and who has participated in the GIMA since its first edition.

Bringing forth some of Kay Huang's well-known tracks such as '我真的喜欢你现在的样子', '爱了很久的朋友', '曾经太年轻', '心动', and '蓝色啤酒海', the all-female band showcased its versatility and tugged on the heartstrings of those present with its sentimental and nostalgic delivery.

Multi-hyphenate artist, composer, TV host and musical actor Kay Huang is one of the pioneering artists in the Taiwanese scene. Highly esteemed, she has received numerous awards over her four decades in the industry and her contribution in Taiwanese music has been immeasurable.

In her speech, she urged young artists to keep their passion for music and composition burning. She also humbly said that she was receiving this award on the behalf of everyone who has worked tirelessly and silently behind the scenes, without whom Taiwanese music would not have achieved what it has today. 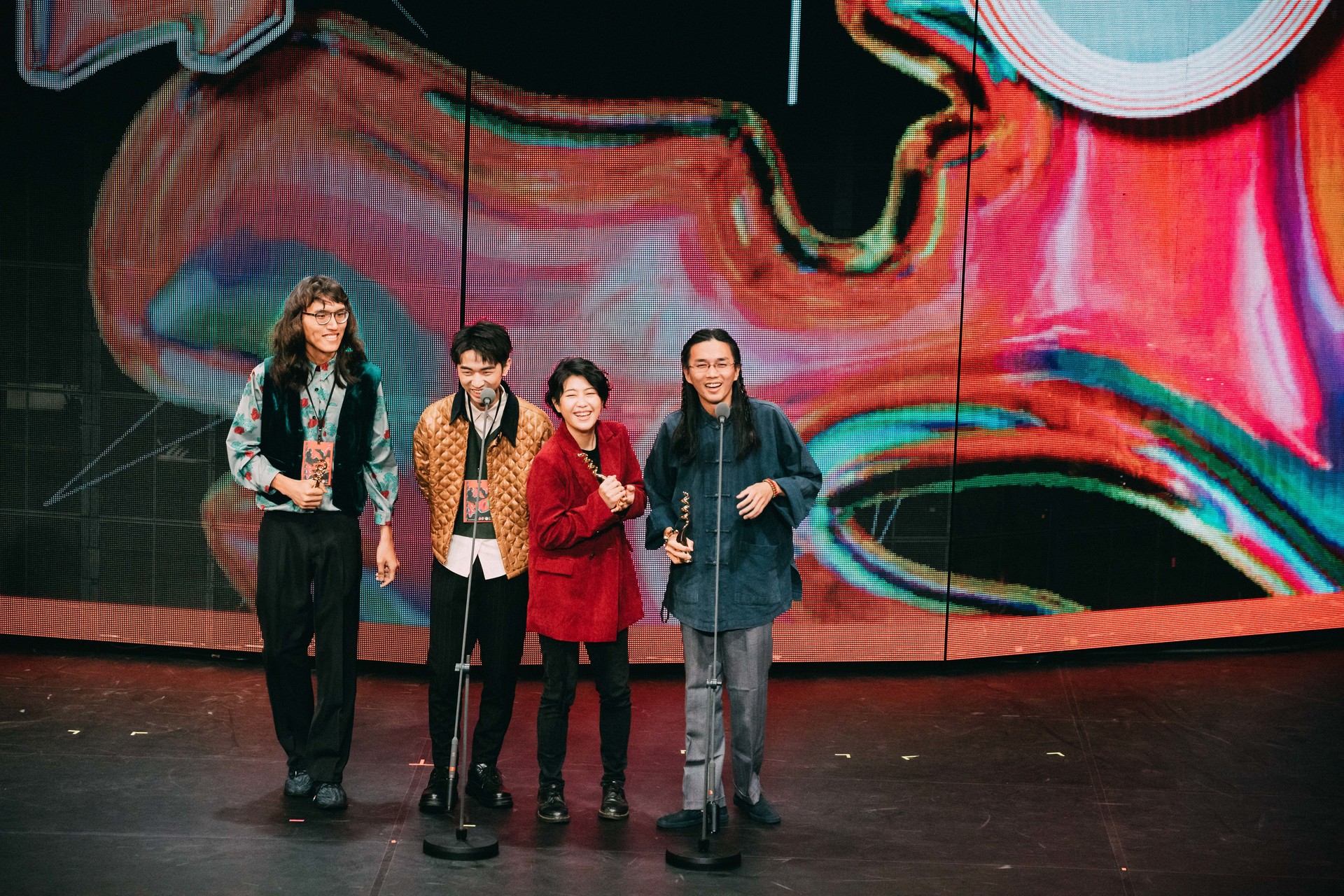 Folk-rock band Lillium, who has sophisticatedly woven the multi-cultural reality of Taiwan into their debut album 燒金蕉, left the GIMA this year with the Best New Artist and Best Rock Album awards, an impressive feat for the new, up-and-coming band.

Achieving massive acclaim after its release, 燒金蕉 indeed stands as a unique, almost-unparalleled Taiwanese album. Incorporating numerous traditional instruments, such as the suona, and languages including Taiwanese and Hakka, this record is an experimental dive into a fascinating blend of traditional and futuristic elements.

In their speech, they jokingly thanked the Ministry of Education for the Taiwanese dictionary, which the band heavily relied on during its composition in Taiwanese. 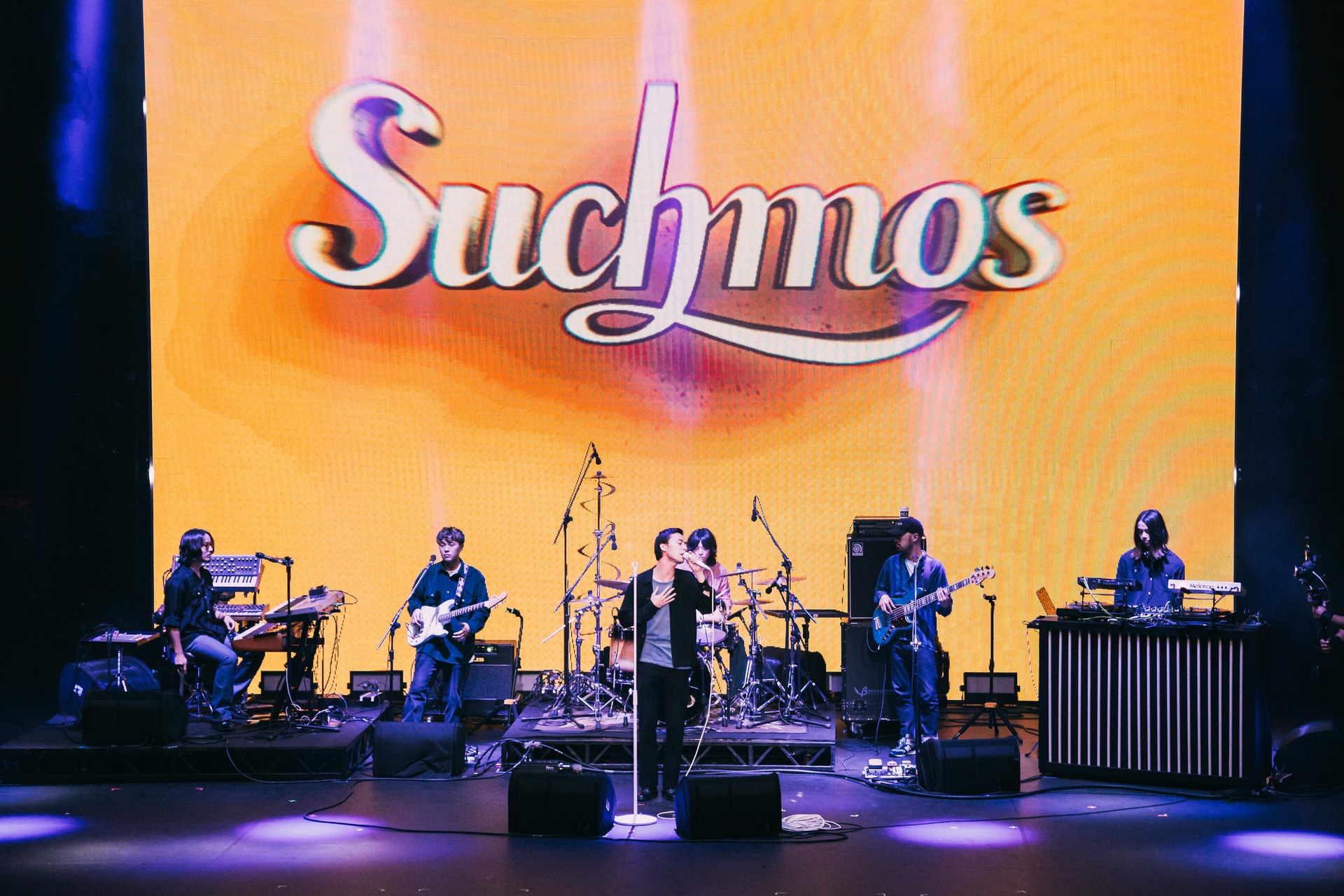 Rock band Suchmos, influenced by the likes of '70s soul and funk, acid jazz and '90s R&B, put up a spectacular show for the first-time ever in Taiwan. Delivering their hit tracks 'mint' and '808', the band charmed the audience with its infectious energy and distinctly funk sound.

As a Singaporean in attendance, I left with the undeniable feeling that Taiwanese music is poised for a major crossover – aesthetically and spiritually.