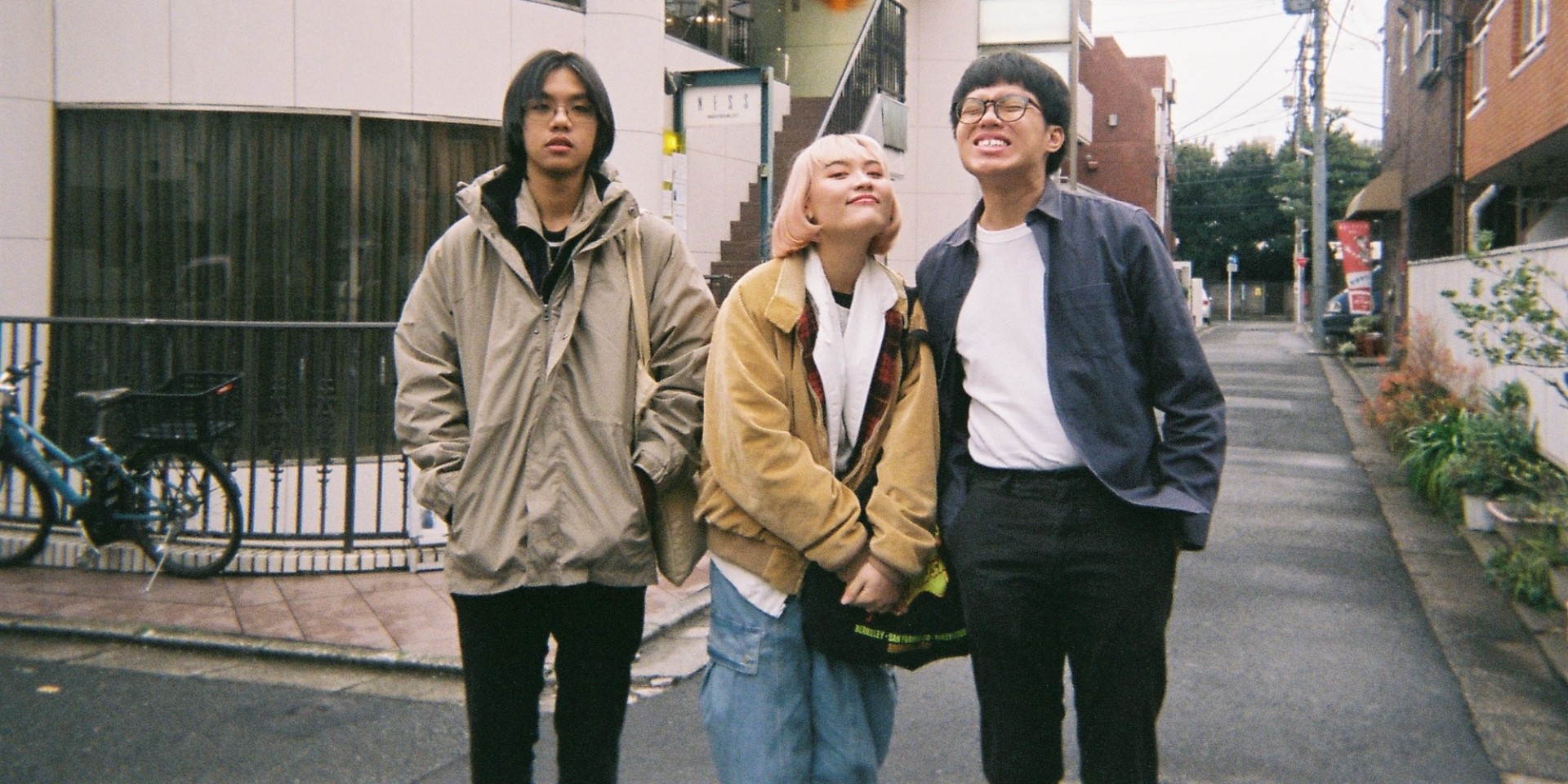 In January this year, Sobs played a string of dates in Japan. It marked the Singaporean trio’s first showing in the country, notable also for the fact that it corresponded with the band’s ascent to one of the most cultishly followed bands in contemporary Made In Singapore indie music.

Playing packed-out shows has become a reality for the trio of frontwoman Celine Autumn and guitarists Raphael Ong and Jared Lim, whose blossoming body of work includes the fantastic 2018 full-length dream pop reverie Telltale Signs. In marrying Autumn’s saccharine coos with a guitar-led thrust simultaneously serrated and pristine, the band has widened the abstract emotional lexicon of its shoegaze influences to include urgency and immediacy – and the love it has received for its efforts has been palpable. Japan would also concur.

Below, we speak to Celine, Raphael and Jared about their time in Japan and their takeaways from the trip.

How would you sum up your Japan tour?

Celine: Life-changing. All three of us played our best shows ever. We didn't think that people there would be so receptive, especially in Osaka. It was cool to meet people who don't speak English as their first language but who were still so interested in our music.

Jared: Definitely some of our favourite shows of all time.

Celine: We played with bands that we love so that was very inspiring, as well.

Raphael: One of the bands, For Tracy Hyde, plays shoegaze but pop-influenced, which is what I've been listening to for the past, two, three years. I sent Jared and Nigel [head of Sobs' label, Middle Class Cigars] the tracks quite a while ago so it's come full circle to play with them. We had a chance to meet a lot of other Japanese bands, which I've been following for a quite some time, as well, such as Luby Sparks, Lucie, Too, 17 Years Old and Berlin Wall.

Jared: One thing that really stuck out was the venues we played. They were all small venues but the sound was really good.

Raphael: Everything just felt on a whole other level in Japan.

After your time there, how would you say musicians in Japan approach making music and gigging?

Jared: It's always been part of their culture. That's why there are shows every night. Their buskers are such good musicians, too. There was this one time, we walked past an entire jazz band – drums, amps, saxophones, double bass – that was just busking.

Raphael: Japan is a place where there's just so much music going on, every single night. It’s so present in the culture there – from massive J-pop bands to independent indie groups. 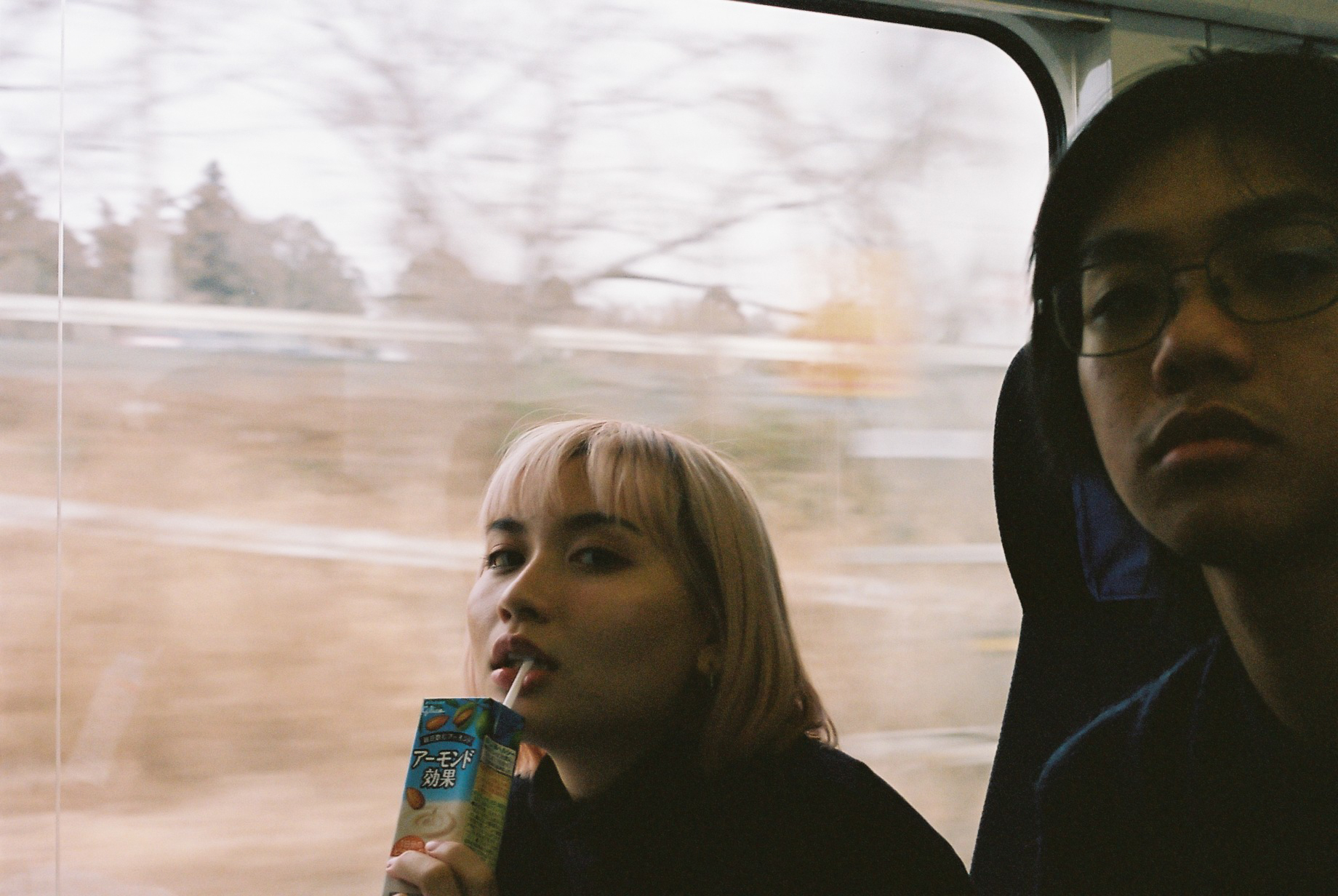 And how did the Japanese crowd react to your music?

Celine: The crowd differs from city to city. We expected the biggest crowd to be at Shibuya but we had it in Osaka instead.

Raphael: And that was the one that we, including the promoter, didn't know if it would do well. Jared and myself went record shopping for two hours before the show to get my mind off it. I didn't want to see how many people turned up for the show. When we returned to the venue, we saw that the whole venue was packed and we couldn't believe our eyes. What I noticed, is that, the people in Osaka were a lot more rowdier. Most of the concertgoers were musicians so we got to meet a lot of new artists.

What is so captivating about Japanese convenience stores? The dudes in Forests are also charmed by them.

Jared: You can live there.

Celine: There's so much more variety than the ones in Singapore; so many vegan options. There are a lot more ready-to-eat meals such as onigiri and katsudon.

Raphael: There's a certain safety to them. It has everything you need to rest/ charge up. There’s a sense of homeliness there as well. 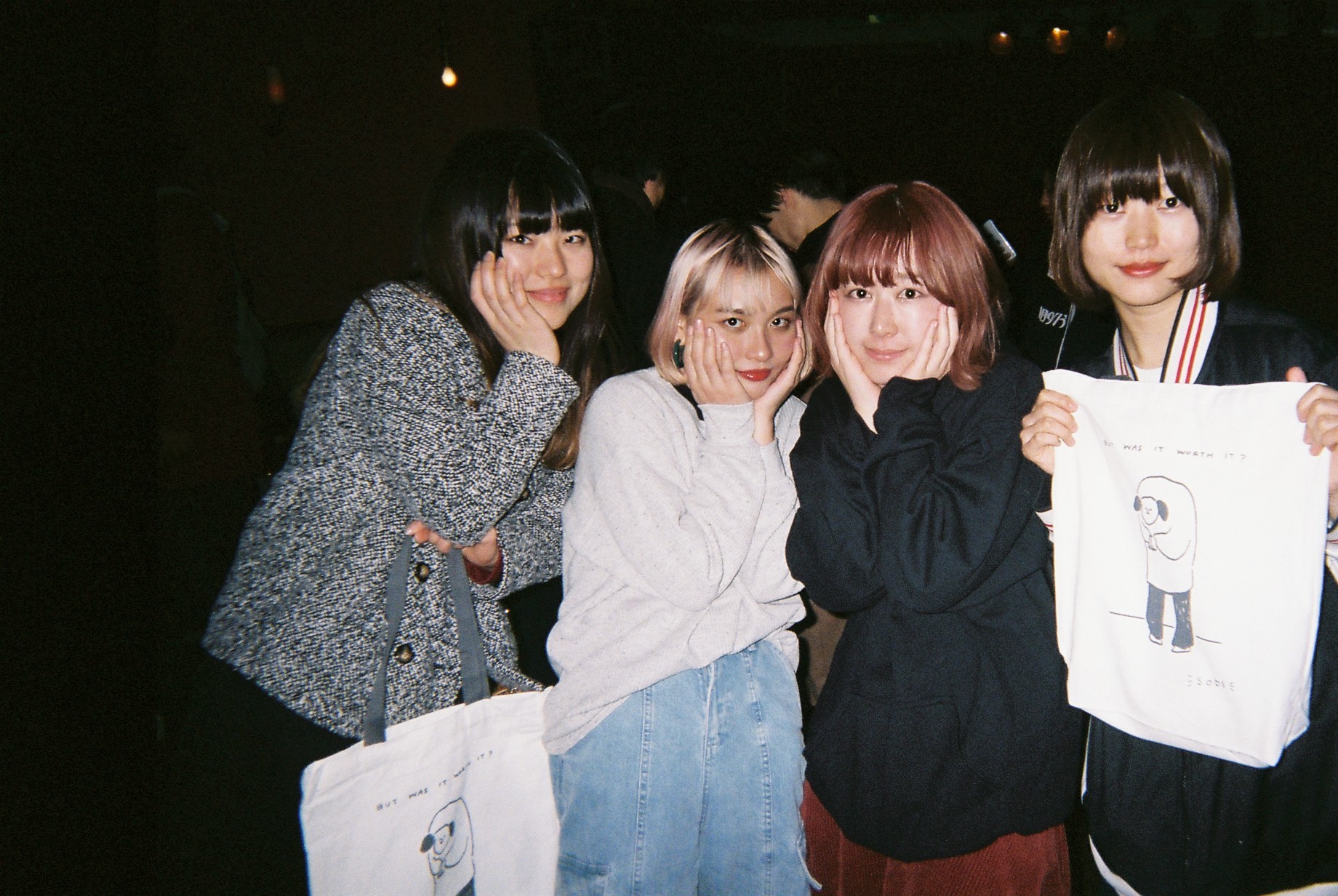 What was your best find at those stores?

Celine: There are so many vegan options in the store; more than Singapore. But my favourite would be the rice crackers.

Jared: The house-brand chicken cutlets, which they fry for you, with friers located behind the counter. They gave me a lot of comfort. Before the second show, which was in Shibuya, I was stressed because we were supposed to record a set but the venue didn't have cables. But I felt better after eating that chicken. 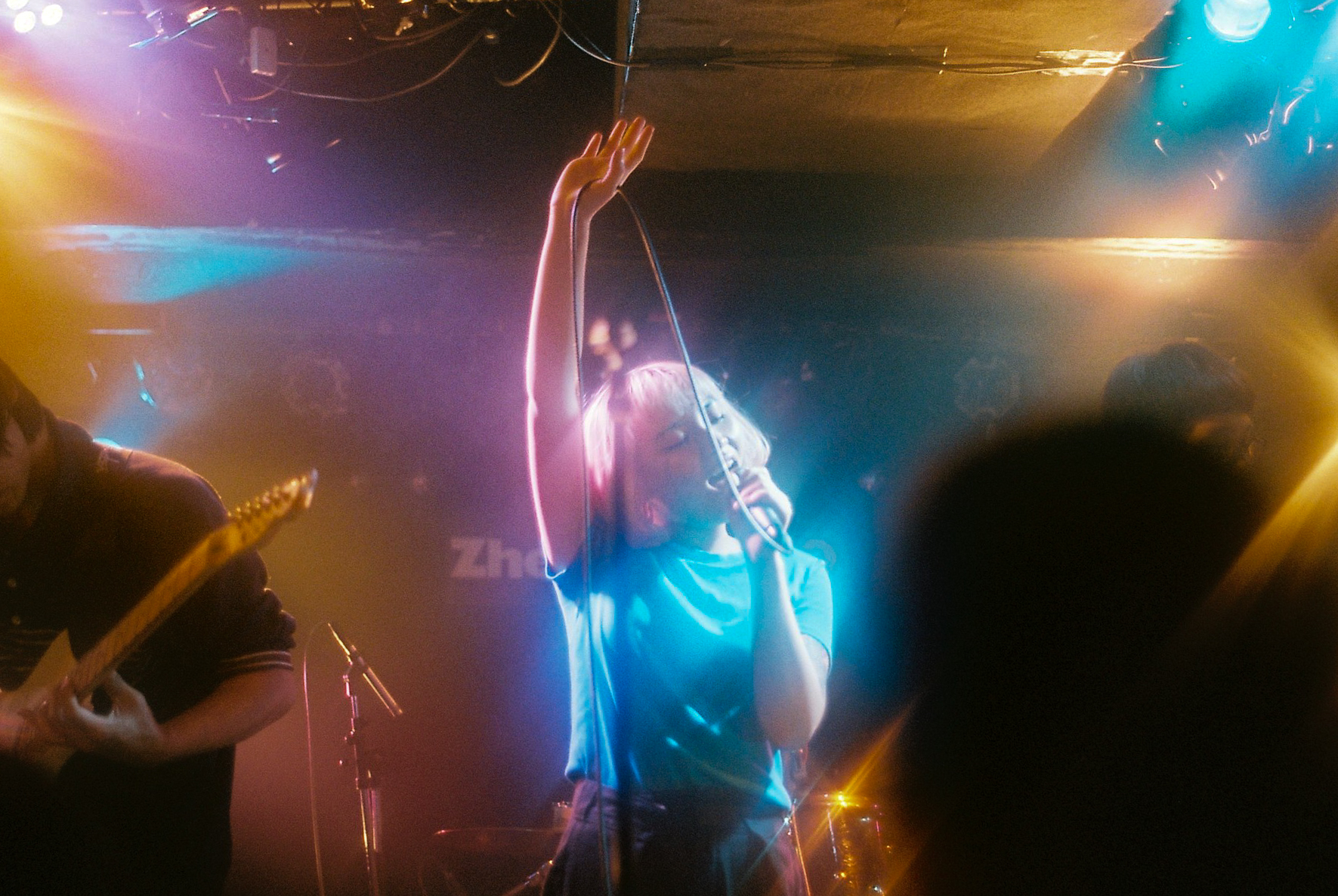 Did anything else about the trip stand out?

Raphael: The community there was what struck me the most. I miss the people there every day. Our tour mates, For Tracy Hyde, were wonderful people. I was in communication with the guitarist for three months trying to make the tour happen. In the end, it all worked out and it's still crazy to me.

Celine: I went there to shoot a music video before the tour and he organised a lot of photoshoots and interviews for me. He translated everything for us as well.

Raphael: It was great when those bands which we looked up to or were influenced by came to our shows. We used to cover 'I Love You Like the Way that I Used to Do' by Rocketship at our sets a year ago, after I discovered on YouTube that another band, Caucus, had covered that song at its shows. And the band came to one of our shows to see us do that cover.

Celine: We finally got to meet people such as the people in Pennacky, who shot our music video for ‘Astronomy’, and Kodai (Kobayashi), who is a gig photographer.

Jared: He shoots for all the big Japanese indie bands. It's funny that we finally got to meet Ken, who worked on the music videos for Quite Quiet. Nigel and I loved that video so it was great to get to work with him. 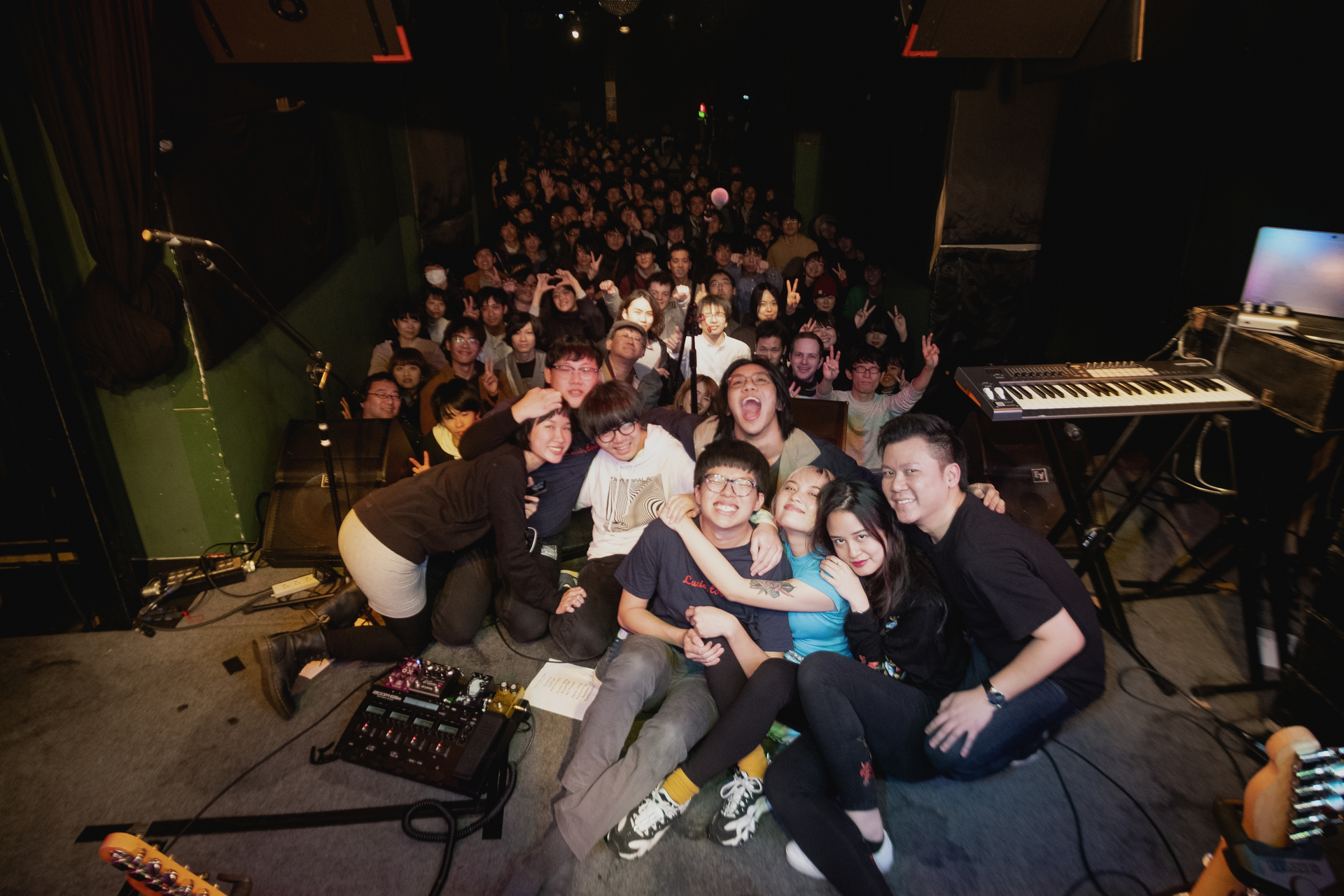 What advice can you give bands who are looking to get out there on the road?

Raphael: Just do it. Take the plunge.

Celine: We did calculate it a lot before we took the plunge.

Jared: It's very tiring but all of it couldn't have been done without our Japanese label and promoters.

Raphael: It still blows my mind that promoters in Japan take a chance on Asian bands. I'm proud to be in this community of Asian bands.

Celine: Get ready to grow as a musician. I learned how to sing without sleep and that was difficult. Because your voice gets messed up when you don't get enough sleep. I tried to take care of myself as much as I could on the road.

Jared: On that note, don’t drink too much on tour. And, uh, ultimately, music knows no bounds.

Celine: Music is a universal language!