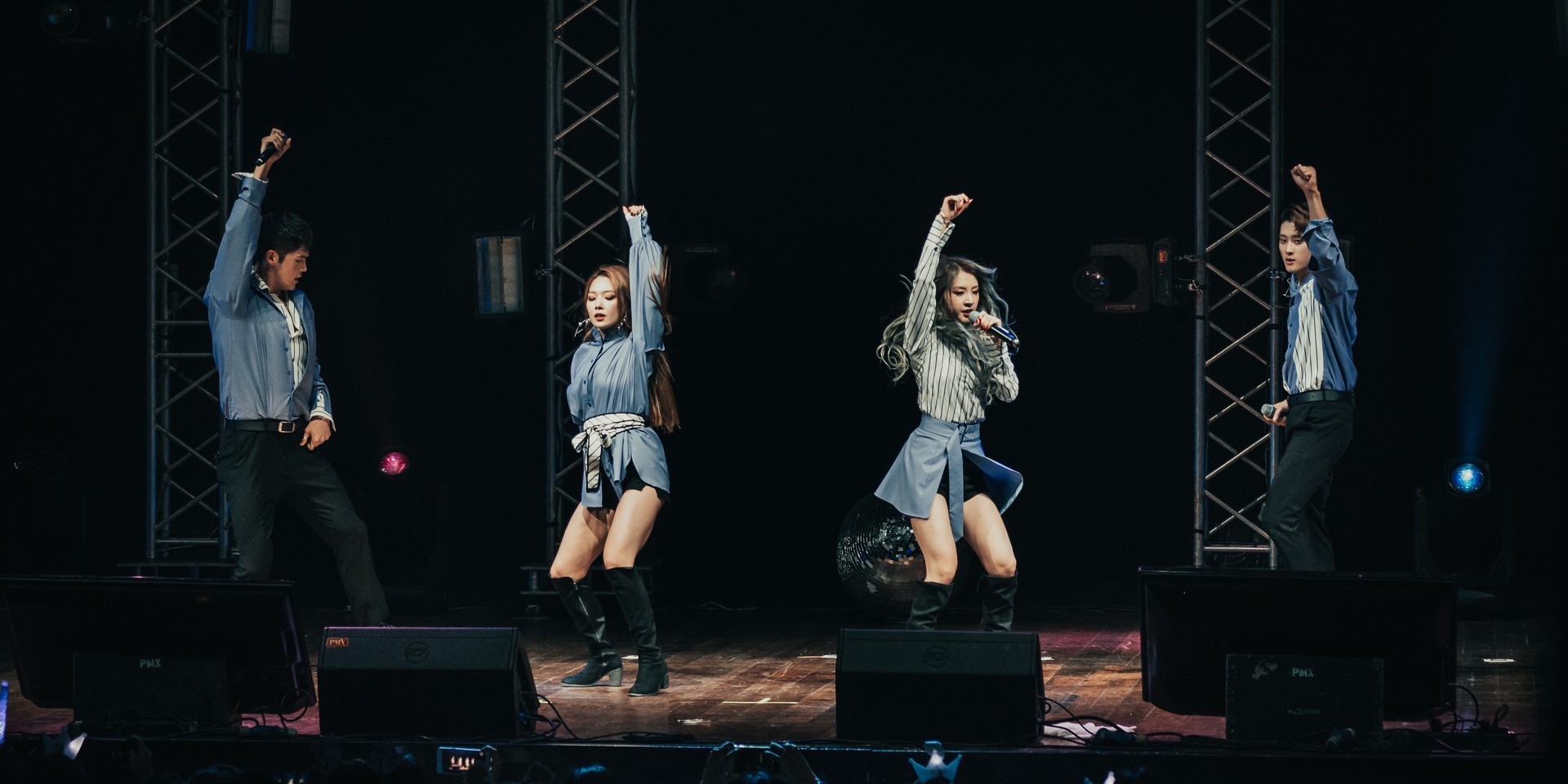 During backstage sessions in awards shows or variety show episodes, you will find how warm the brotherhood and sisterhood is among idols. Korean co-ed groups have been paving the way for various opportunities in the music industry. Artists such as MFBTY and Akdong Musician have showcased the extremes and diversity of musicians with the same framework of members.

In 2016, K.A.R.D. debuted under DSP Media and have been developing a refreshing sound in the Korean music scene. Composed of BM, Somin, Jiwoo, and J.Seph, this co-ed group has been bagging awards, recognition, and millions of fans all around the world. They started their Wild Kard Tour in 2017 by holding shows in Europe and America. To cap their tour, they kicked off 2018 by performing in countries all over Asia. A full Asian tour, presented by MyMusicTaste, started in Bangkok last month and luckily, the last stop of the five-city tour was in Manila.

Kia Theatre was packed with fans wearing merchandise of all sorts; headbands with the member’s faces, glow sticks with wrist straps, and shirts with printed designs. For those who couldn’t watch the show, you can spot some of them as vendors or fans decked out in fan-made merch outside the venue.

Before the show started, Hidden Kards (the name of K.A.R.D.’s fanbase) gathered inside the venue to write questions for the group on Post-Its and exchange conversations (and items, for some) from fellow fans. You could tell from the long queue of teenagers and young adults, K.A.R.D. garnered a relatively large following in Manila even if they’ve been together for more than a year. 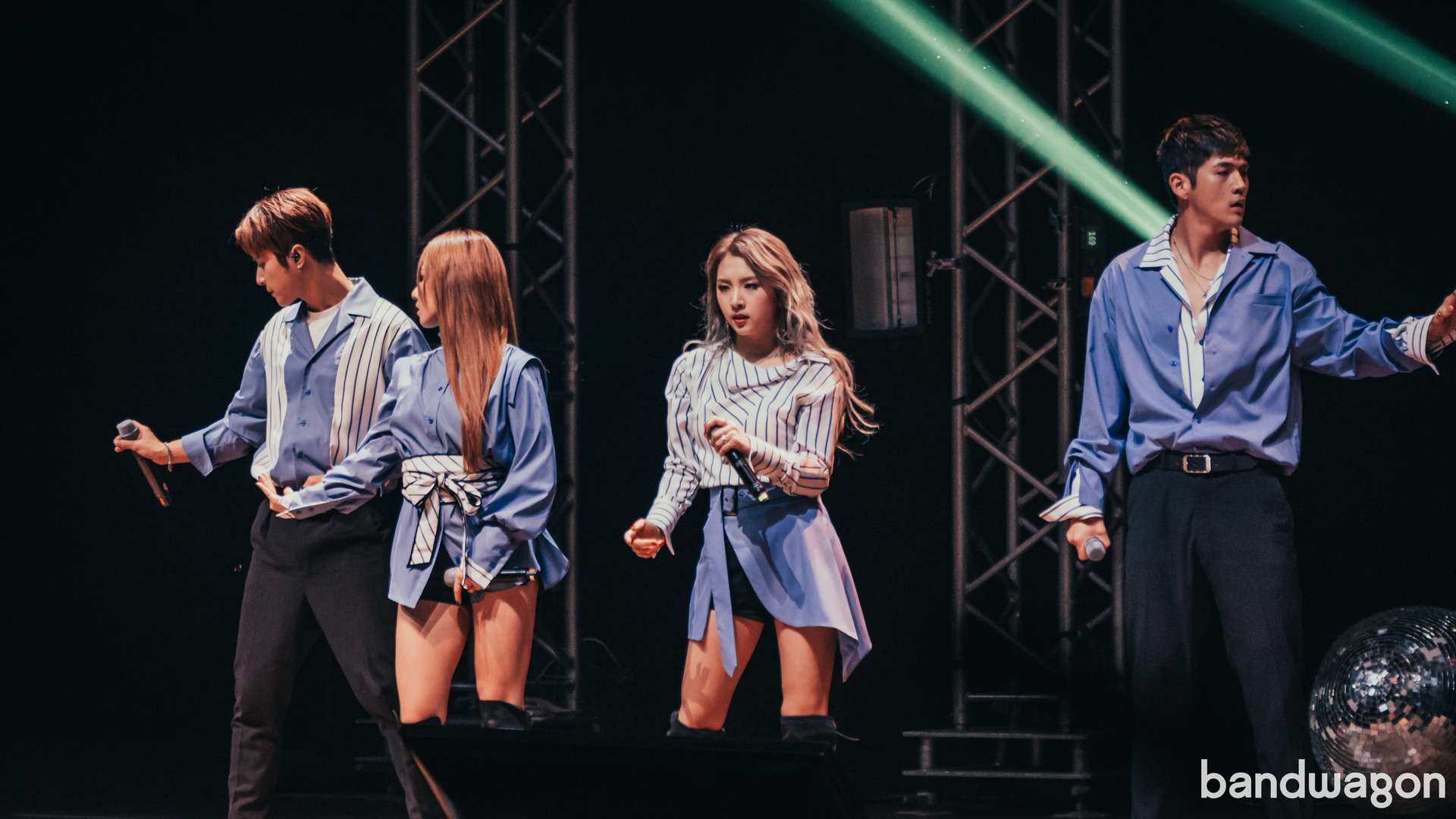 To start off their set, they performed 'INTO YOU'. It’s the title track of their 2nd mini album, You & Me. Their live performance was a rapture of “dancefloor melancholy” and a series of beats that would make it into a broadcasting station’s midnight run playlist. With simple choreography, it blended well with the theatrics of the light design. It was followed by 'You In Me' which brought emphasis to Jiwoo as a vocal darling and J.Seph’s strong rapper and how both played well with BM and Somin. The fan chants for this track were booming with "my everything", creating a close connection between the Hidden Kards and the group.

K.A.R.D. introduced each other enthusiastically. As BM was fluent in English, it was enjoyable to watch him quickly jolt with jokes on his fellow members and the fans. Their translator, Nayoung, was also having quite a good time hosting the show. After their introduction, they mellowed down with 'Trust Me'. It was only focused on the vocal arrangements without J.Seph’s or BM’s rap parts. Though, it would’ve been interesting to watch BM set the stage with his verses in the song. 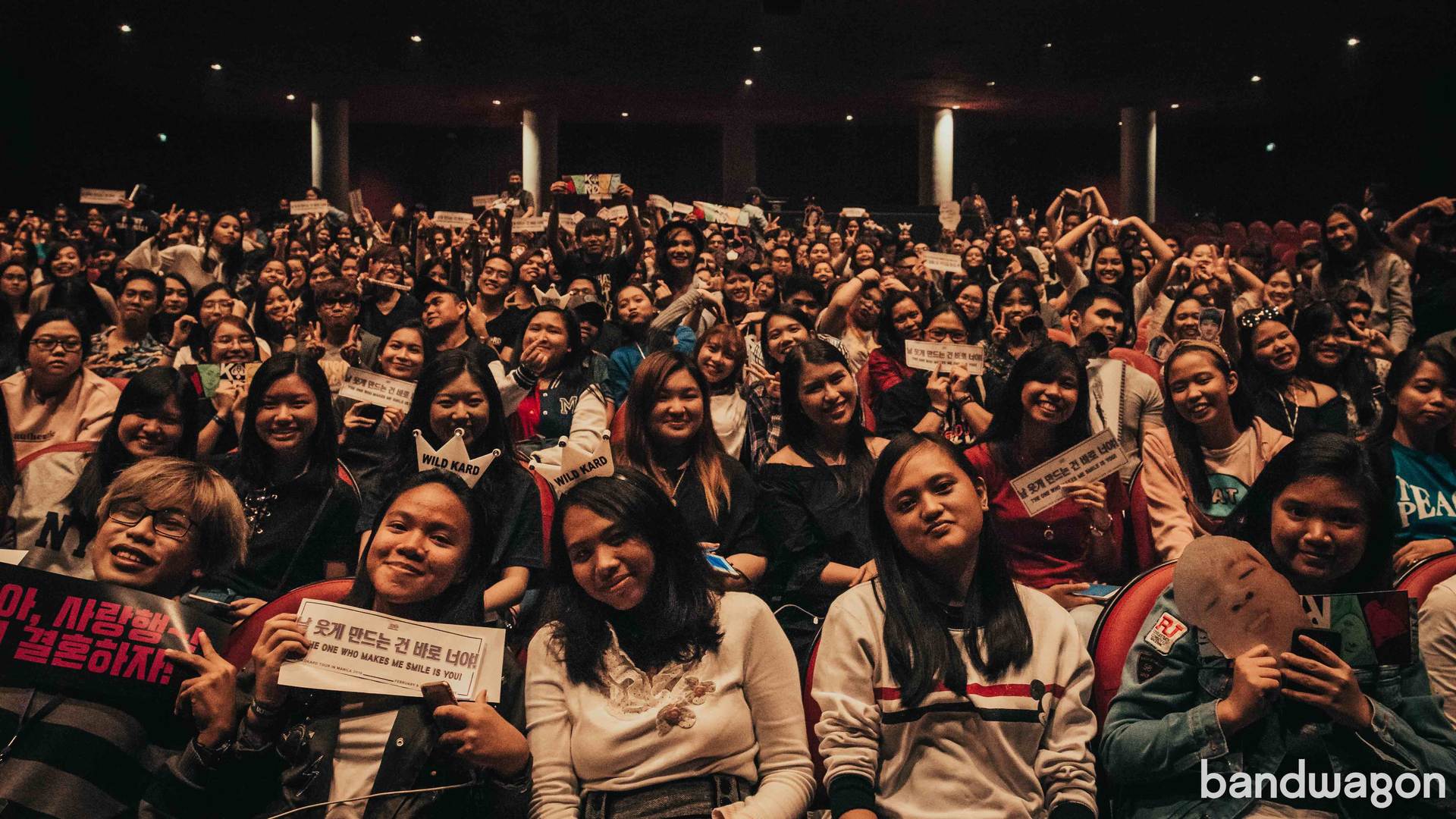 Fans started to create a wave with their arms, suggestively pointing out the choreography of Rumor. The group asked the fans to dance along to the song if they know the steps. After this, they rolled out a whiteboard with colorful Post-Its that formed a pink heart in the middle. It was for the Q&A portion of the event.

Each member picked out questions to answer. Jiwoo was first on the line but BM answered a post that he found funny. It read “How do you find the Philippines?” and he laughed and asked if it was about locating the Philippines or something else. He answered, “We look at the world map!”

Jiwoo received a question that read “Why don’t you go to the gym?” She shared that she does go there but doesn’t post it on social media. Somin suddenly says that she has never seen Jiwoo go to the gym. BM also told the crowd how much he loves Filipino food like sinigang and chicken adobo. His Filipino friend also taught him statements such as “Mahal kita” (I love you).

The girls talked about going to Bonifacio Global City with BM and J.Seph the day before. They wanted to buy so many things and enjoyed how warm it is in the Philippines because it’s currently winter in Korea. They even sang and dance to TWICE'S 'TT' to show their playful side to the crowd. After answering a couple of questions, the members go back to prepare for their solo stages.

The solo stages reflected each member’s talents, focusing on their strengths as artists under their own spotlight. Jiwoo performed WINNER’s 'Really Really', J.Seph sang a self-produced track about his own perspective on life, Somin covered Taeyeon’s 'Fine', and BM rapped 'Living Good II' (which is a newly released track on his Soundcloud).

After their solo stages, Somin and Jiwoo came back to cover Ariana Grande’s 'Side To Side' (feat. Nicki Minaj). BM and J.Seph followed throughout the track and transitioned to performing Bruno Mars’s '24K Magic'. While taking a break to greet the fans, they explained why they chose to perform these songs.

Somin is a big fan of Ariana Grande and also loves Taeyeon’s Fine. Both songs suit her vocal range and performance style which is a cross between a world-class diva and a rockstar. BM likes Bruno Mars and the whole group agrees that '24K Magic' has its own charm as an upbeat Motown track.

As a gift to the Hidden Kards, they gave away signed posters by choosing random ticket numbers inside a box. “I want this poster. I don’t even have one!” BM exclaimed in the middle of the raffle.

Fans started to feel more emotional when they said that they’re about to say goodbye. This was when their ending was about to take the crowd through a storm of emotions. J.Seph had shared, “Actually, we can never really shine brightly by ourselves. It’s all thanks to you guys…” 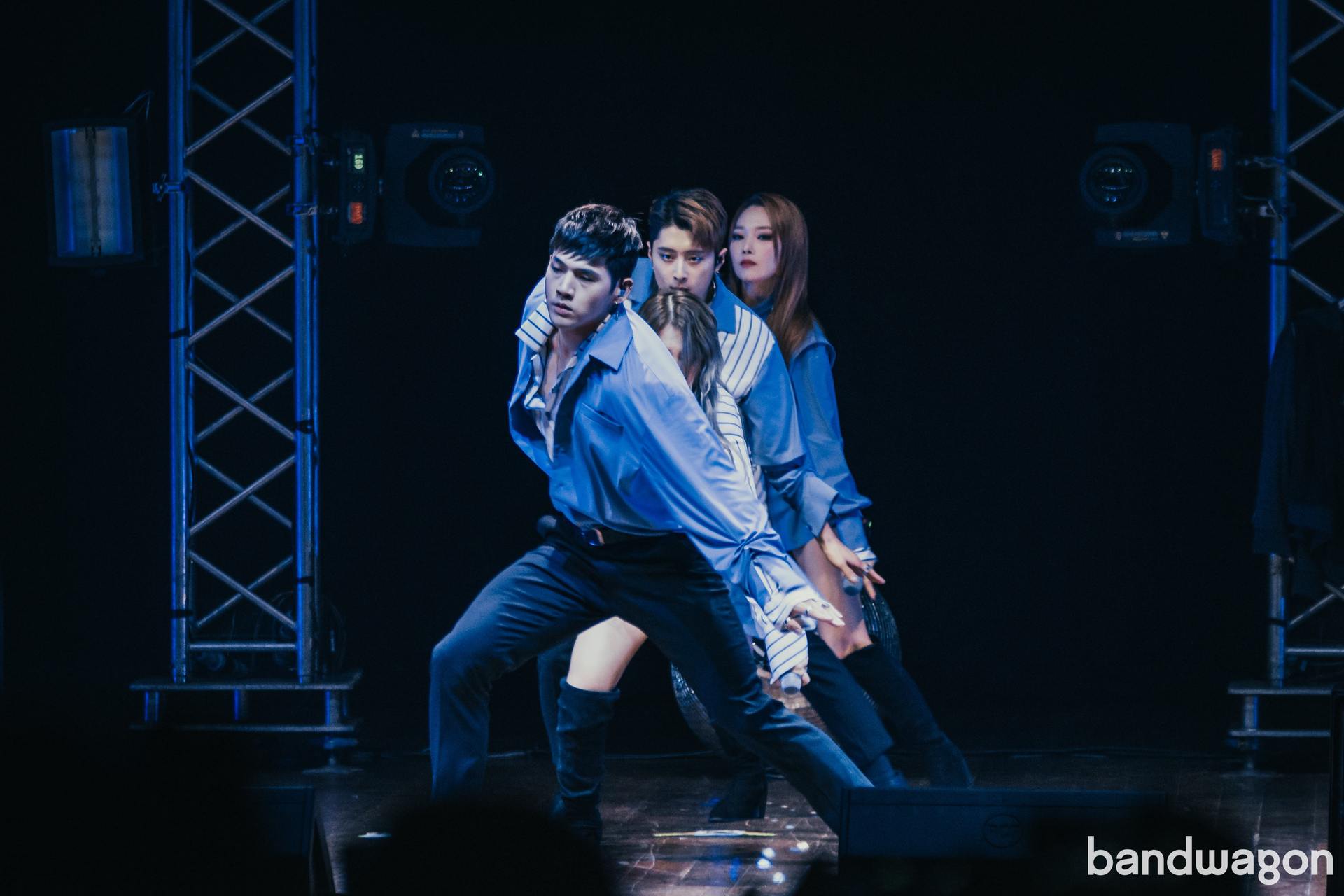 Their last two songs were 'Push & Pull' and 'Hola Hola', rewinding to their bombastic reggaeton sounds from their first album. This truly depicts the “K.A.R.D. sound” they’ve been developing over the year. Whispers among the crowd are nothing less of them begging for an encore. They returned to the stage to close their set with their first single since their debut, 'Oh Na Na'.

K.A.R.D. caps the last leg of their Asia tour in Manila with a powerhouse of reggaeton, electronic dance, and melancholic club beats. They are excited to come back to the Philippines with new music, fresh choreography, and a palate of material for their fans. If there’s something to keep an eye out, it’s the warm aura of Korean music that K.A.R.D. has delivered right down to our channels. 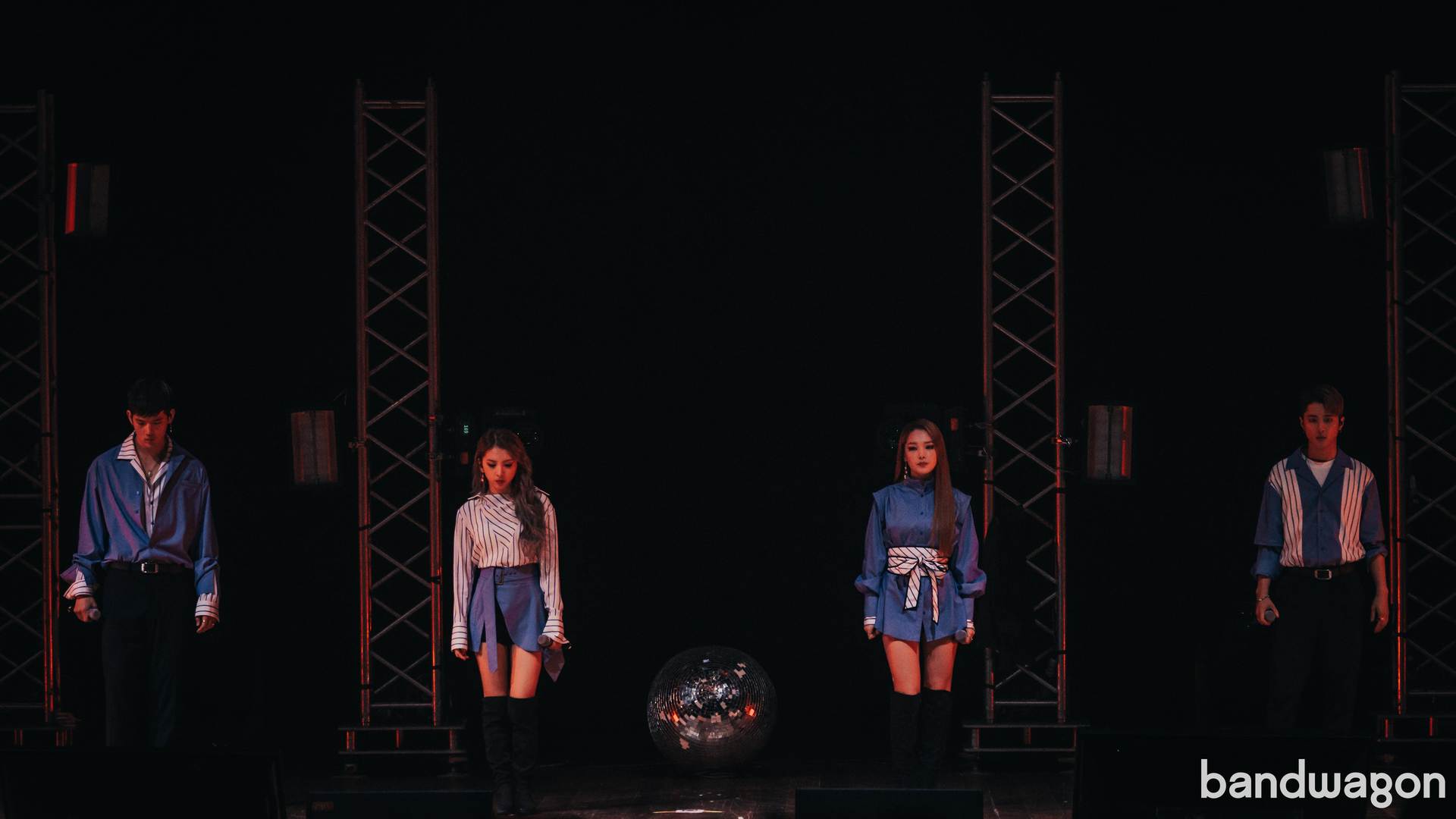 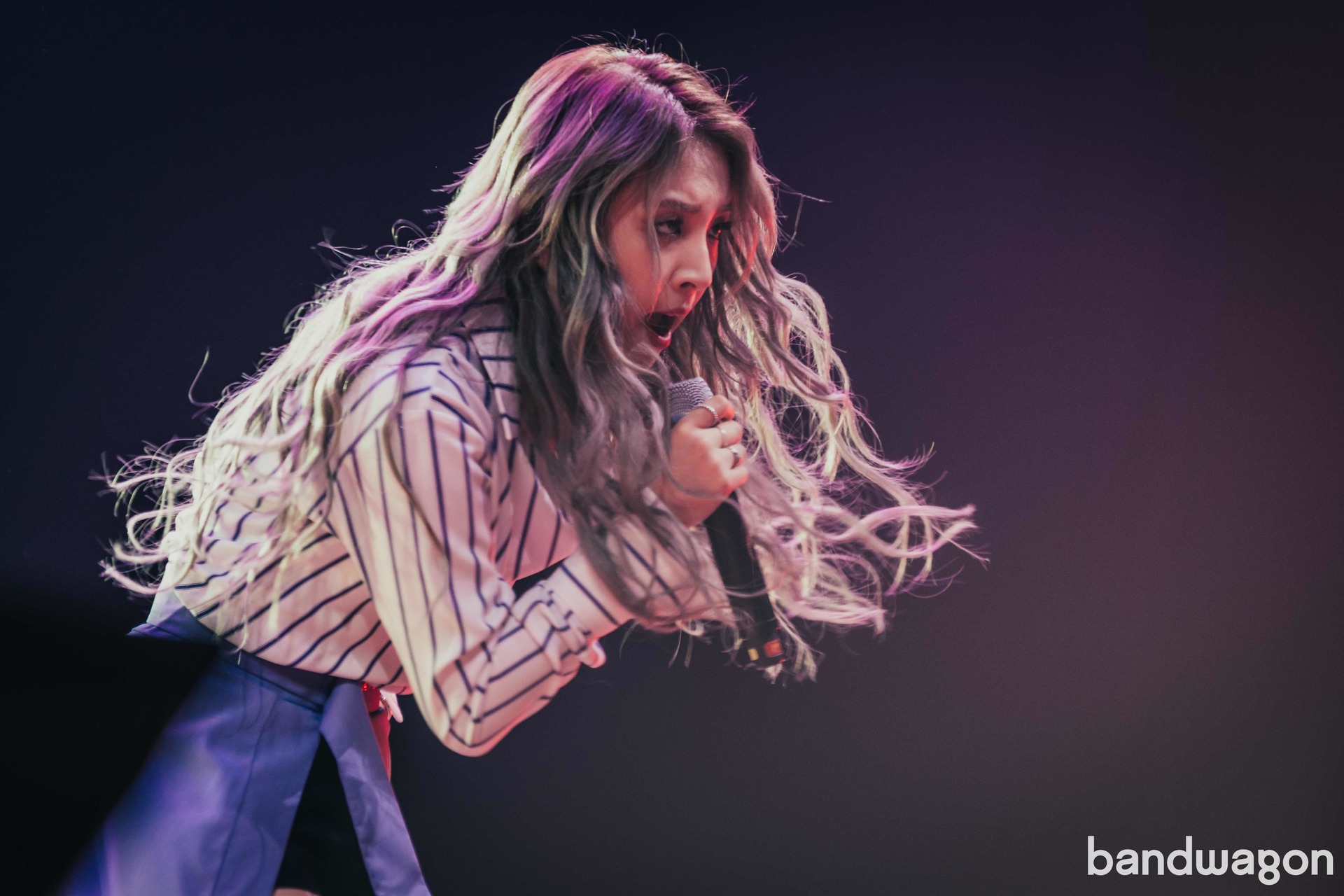 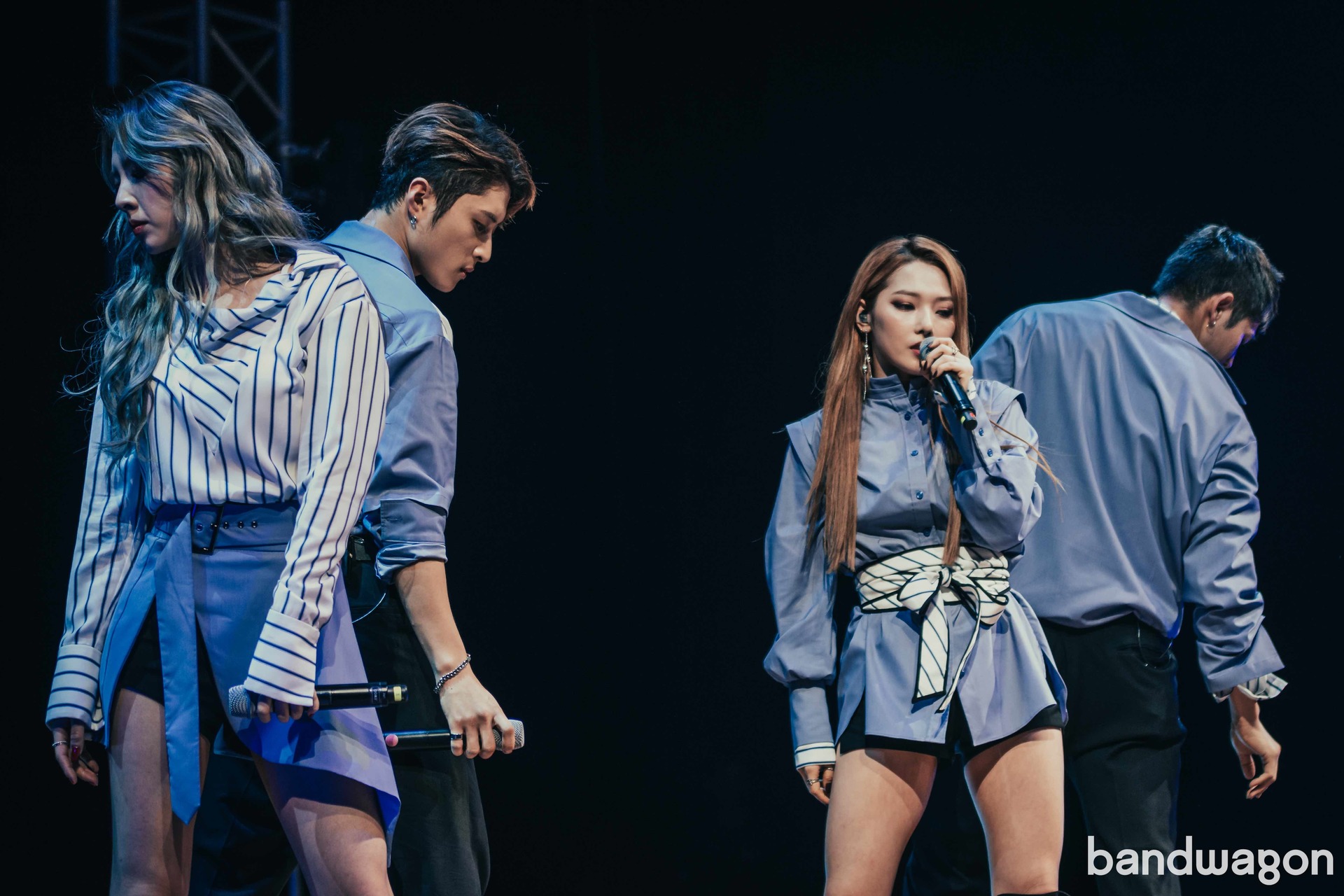 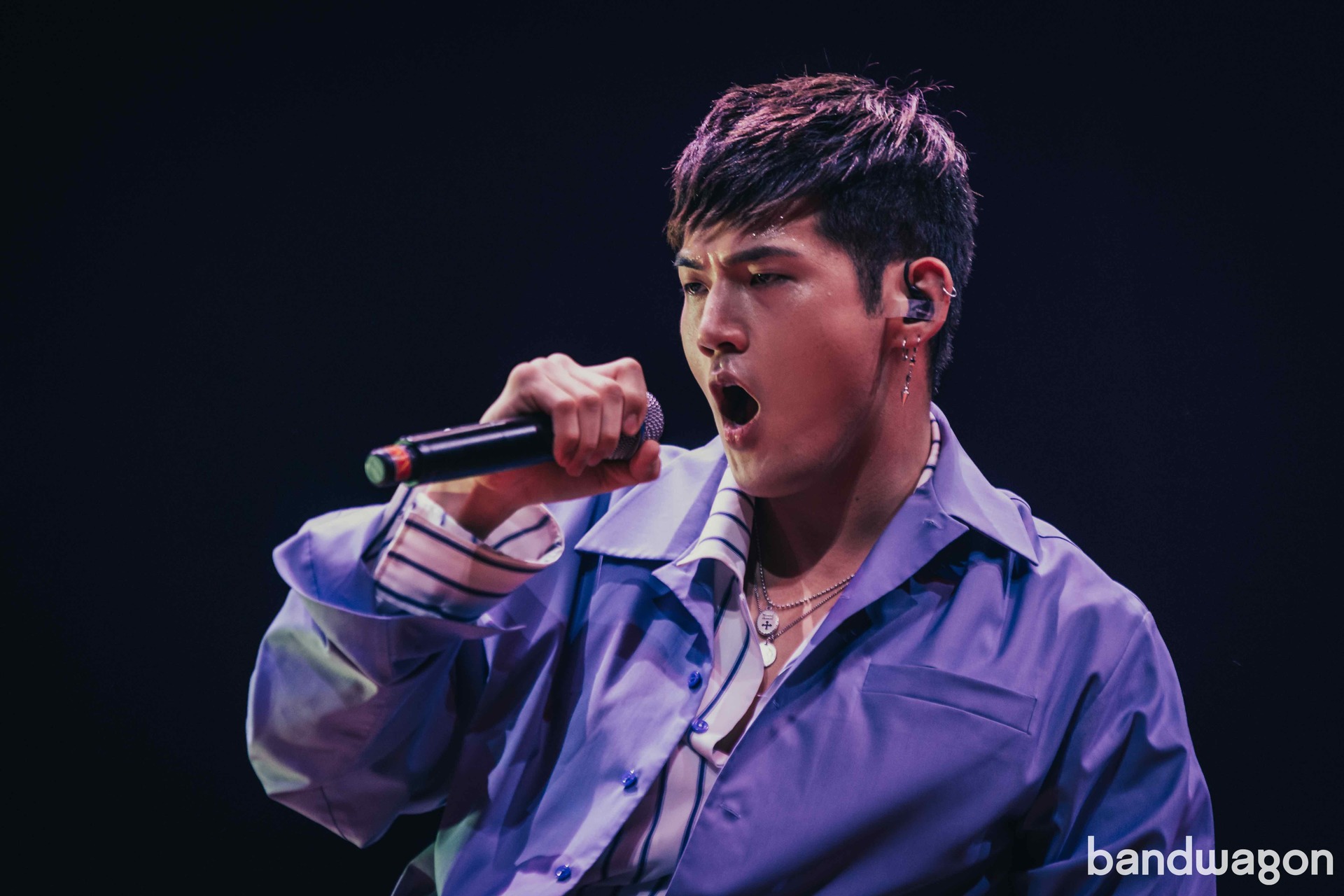 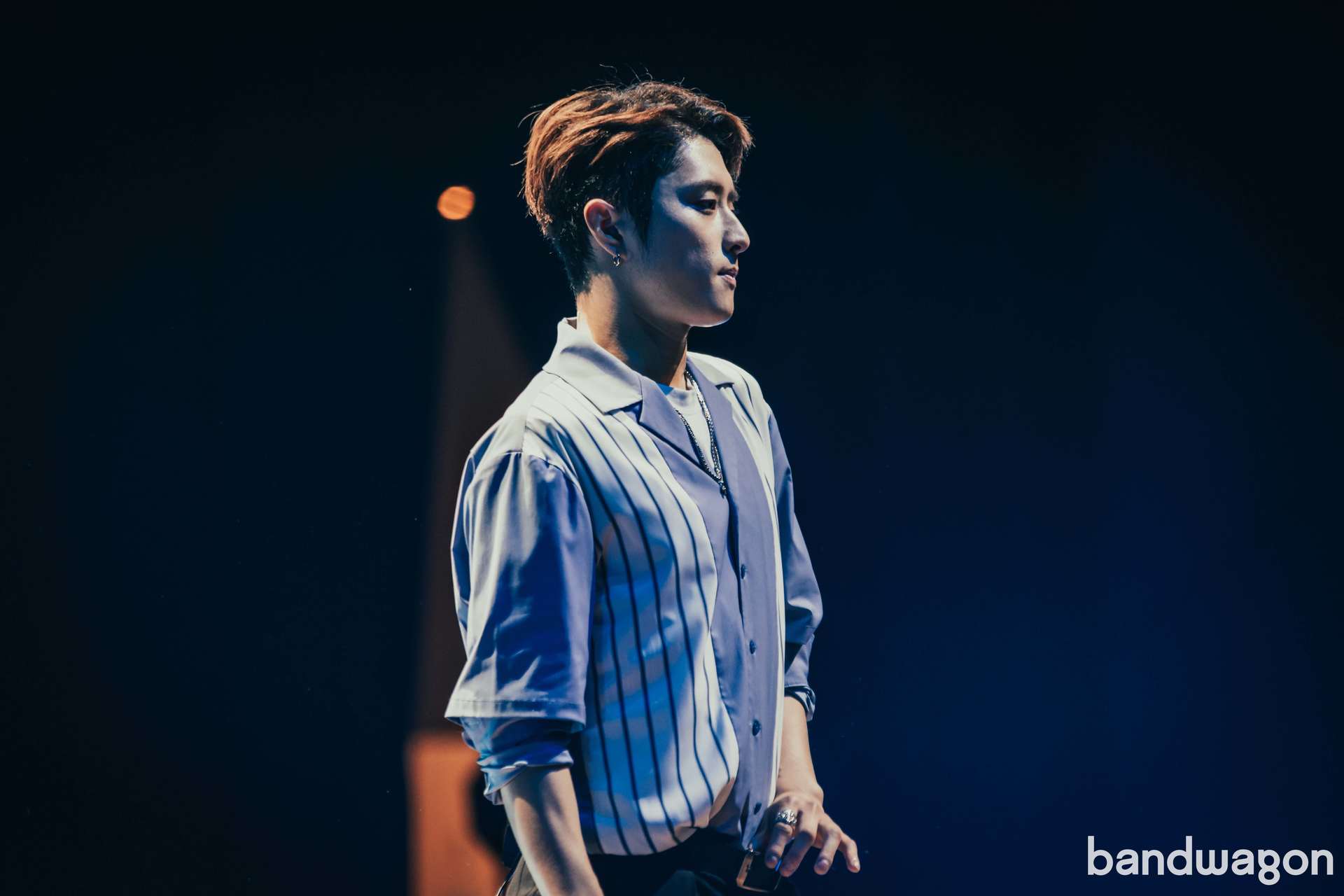 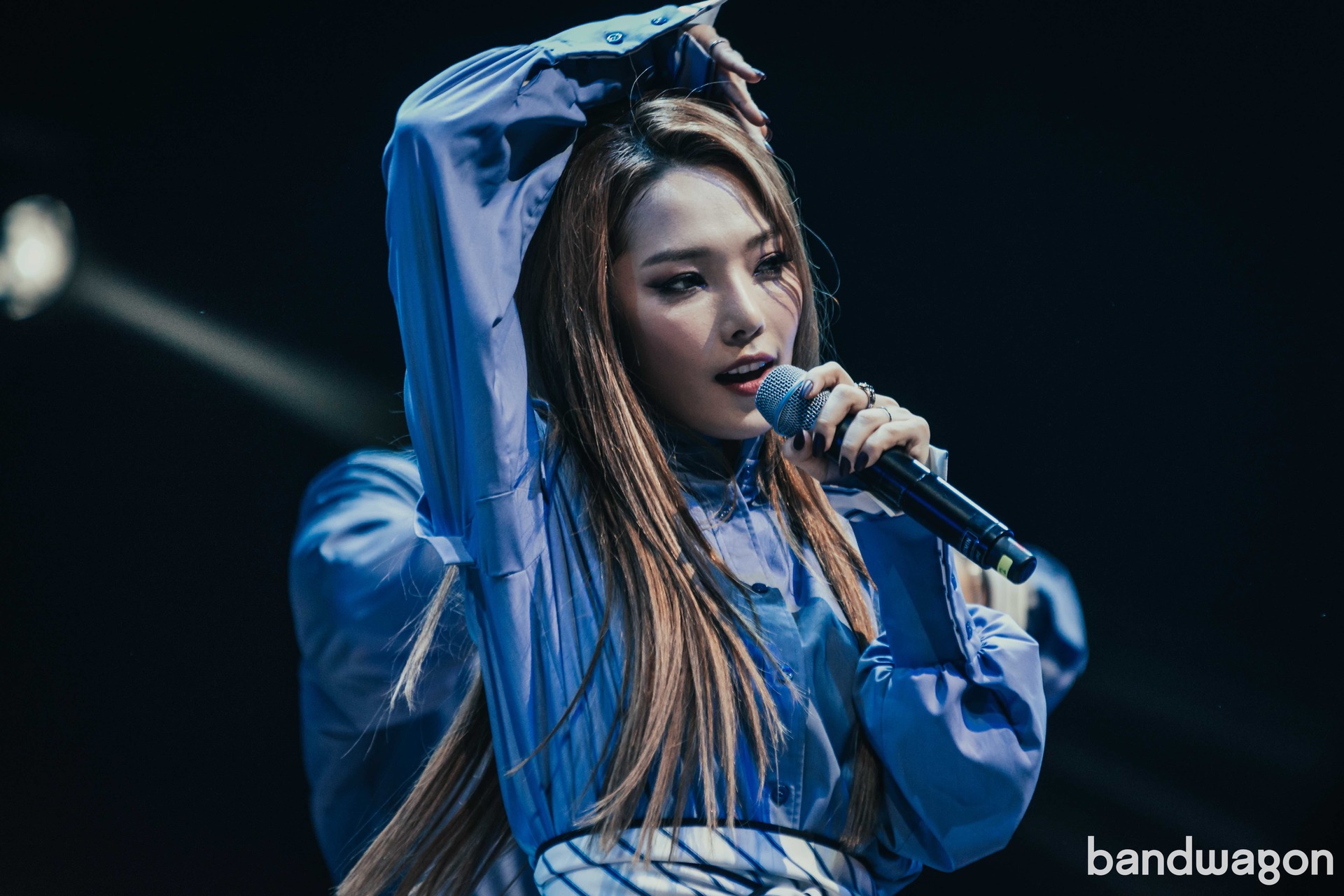 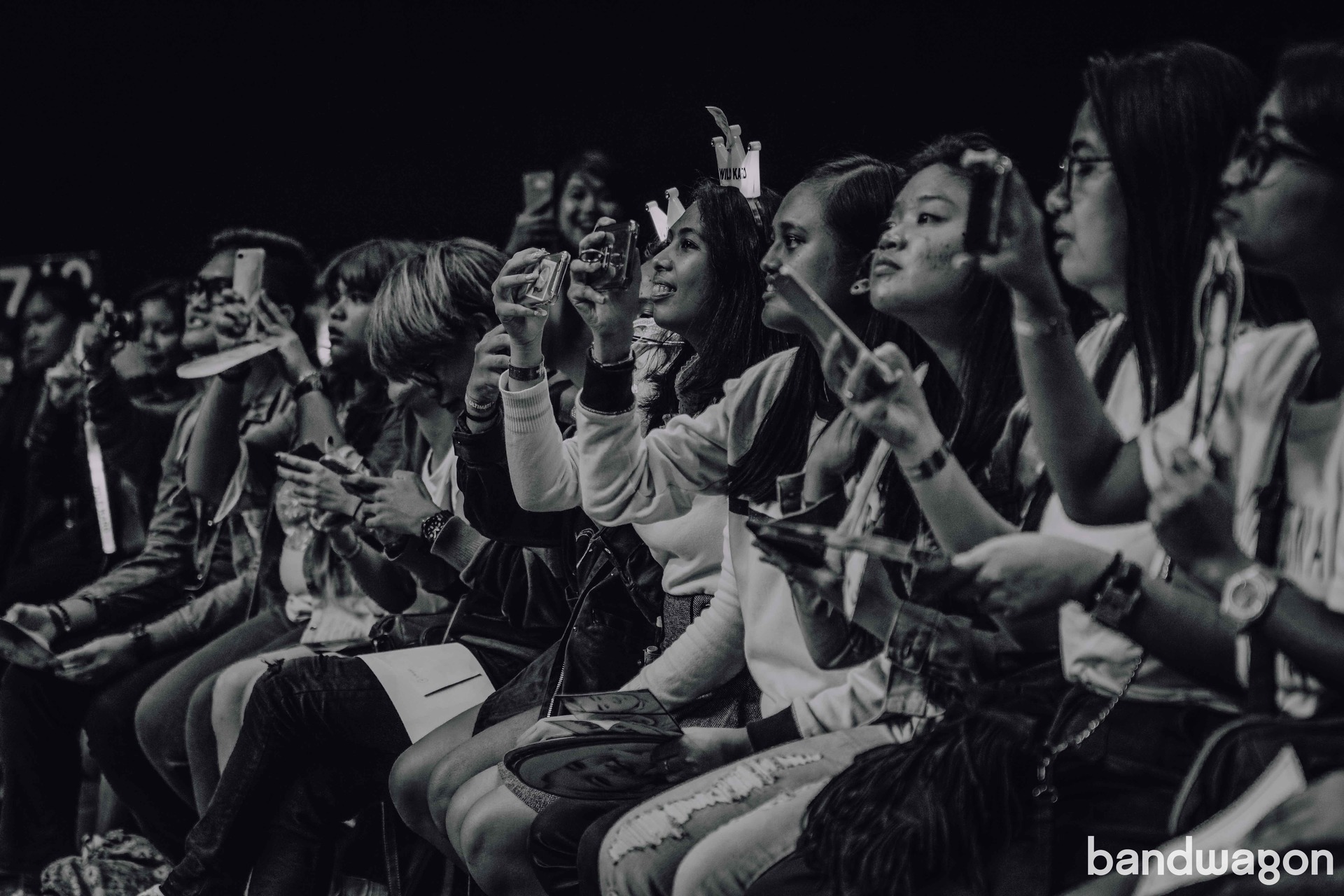