In the middle of his set, as he finished a song and the last few strains of music faded, Ebe Dancel relaxed his hands on his guitar and mused. “We love playing in front of really big crowds, but more importantly, I love playing in bars, because you guys are right in front of me,” Ebe told us in a mix of English and Filipino. “For a year now, Johnoy, Bullet and I have been playing, and what we love about these kinds of shows is that when we start playing, we can see you guys quieting down, listening, smiling, tearing up, getting drunk…” At this the crowd laughed. “Now, we have individual sets, buy you make me feel that I’m not alone up on stage, that you guys are here with me.”

A few minutes later, he unplugged his acoustic guitar from the amp, left his microphone on stage, and walked into the crowd. “Can you help me with something?” he asked the crowd. “No, no, I don’t want you to keep quiet, I want you to sing softly with me on this next song.” A smile creeped up on his lips as he stood on a bar stool and ledthe crowd in a stirring rendition of 'Makita Kang Muli'  [To See You Again]. It was just one of the special moments scattered across a show that gripped our collective hearts and refused to let go. 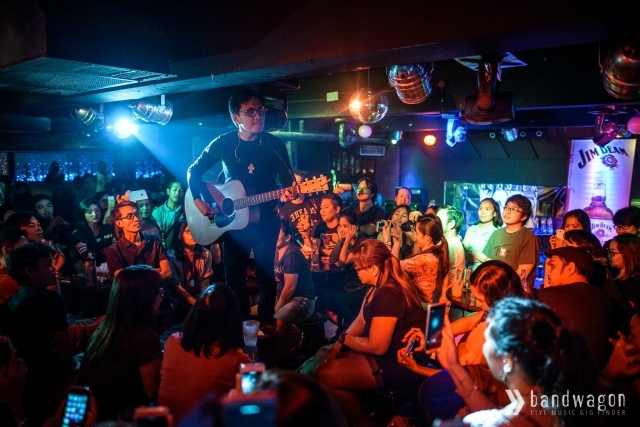 But it wasn’t just the emotion on display from both the crowd and the artists that made this gig special, it was also the talent that was on display by a group of musicians representing the spectrum of present and future original Pinoy music.

Bullet Dumas was the first of “3D” to play, and from the start he wowed the crowded Blowfish Bar with his incredible technical skills. But what was truly impressive was the way that his guitar playing didn’t distract, but rather complemented his songs. This musician has some serious songwriting chops, and he doesn’t dumb down his music. In doing so, he elevates it and his audience. “This song is called 'Entropy',” he says. “And it’s about love, though nowhere in it do I mention the word love. But then again, aren’t entropy and love kind of the same thing?” This next song was onomatopoeic- it’s called 'Tugtog'. He wondered aloud: tugtog can mean music, yet the word sounded like the beating of a heart. Why was that? He also bantered naturally with the crowd, and easily won them over. Later outside, I came across Ebe and he shared his opinion of Bullet. “This guy is the future of OPM. He has so much talent.” I could only agree. 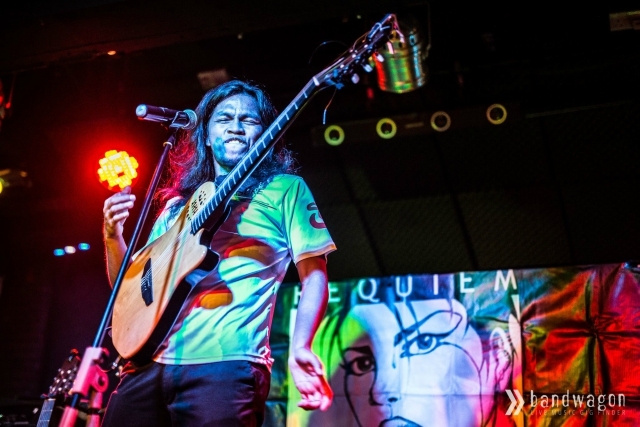 Does the future of Filipino music look bright? It seemed so, especially with Bullet, as well as the two opening acts who preceded him. Jobo Uy, or Digital Karma, opened the night with songs reminiscent of the '90s Pinoy 'sound'- featuring songs about everyday life and how it has its funny, quirky, sad, and beautiful moments. Benjie Remorin followed up with a set of self-described hugot songs- songs about the perils and tragedies of love and relationships. Both were talented and drew from the influences of past music titans to create their own brand of music.

Johnoy Danao came after Bullet, with his own brand of music, distinctly different from the musician before him. He had a more down-tempo set of songs, contemplative yet impassioned. “Uso pa ba ang harana [Are serenades still in vogue]?” he asked, referring to the lyrics of the famous Parokya Ni Edgar song 'Harana'. “Of course it is, as long as there are still people who write them.” He launched into 'Ikaw At Ako' [You And I], a song that’s simply written, yet contains layers of feeling. Danao is a master of the vulnerable love song, and there were a few misty eyes in the crowd during his soulful set. He threw in a heartfelt rendition of 'Tadhana' by Up Dharma Down, for good measure, and left everyone with a feeling of warmth. 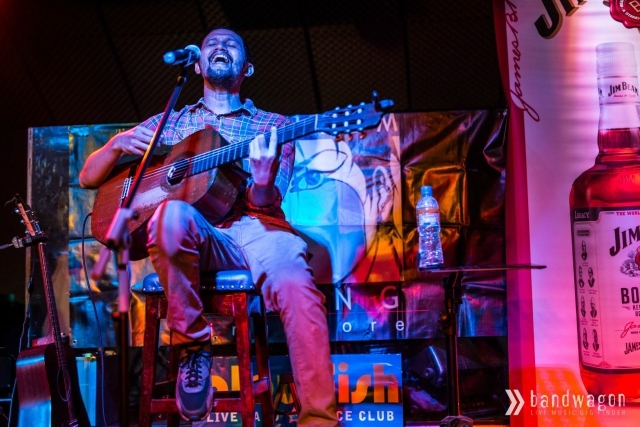 Ebe Dancel closed the night with the perfect mix of songs, from old favorites by his seminal band Sugarfree to recent yet unforgettable pieces such as Heneral Luna’s theme song 'Hanggang Wala Ng Bukas' and a song especially written by him for the rock musical Sa Wakas called 'Bawat Daan'. It was very apparent to us in the audience how much Ebe treasured the chance he’d been given to share his music with us, a humble demeanor that further endeared him to an already adoring crowd. When I had the chance to talk with him, he mentioned how much he and his old band owed to Francis Brew Reyes, whose show In The Raw for iconic and now-defunct radio station NU 107 played Sugarfree’s first demo- and kept playing it, leading to their hitting it big.

There was an effortless chemistry between him and the crowd that night. In one of the more touching moments of the night, as he started singing 'Bawat Daan', he noticed a girl in front of the stage who was on the phone. He gestured to her to come up. “Just so you guys know, she’s singing to someone on the phone. Puwede po ba nating kantahan ng sabay [Can we sing to him together]?” And in the very next verse: “Mahal din kita / Nahanap din kita” [I love you / I finally found you]. 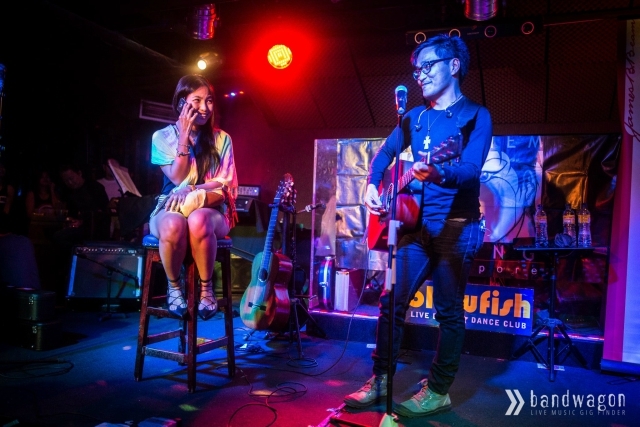 Later, with everyone screaming for Ebe to play an encore, he called Johnoy and Bullet back onstage, and the 3 D’s jammed together on 'Burnout' and made the crowd go wild, and they capped the night off 'With A Smile'.

Before the start of his set, Ebe told the mostly-OFW crowd, “Please allow me to bring ‘home’ to you.” And they did. 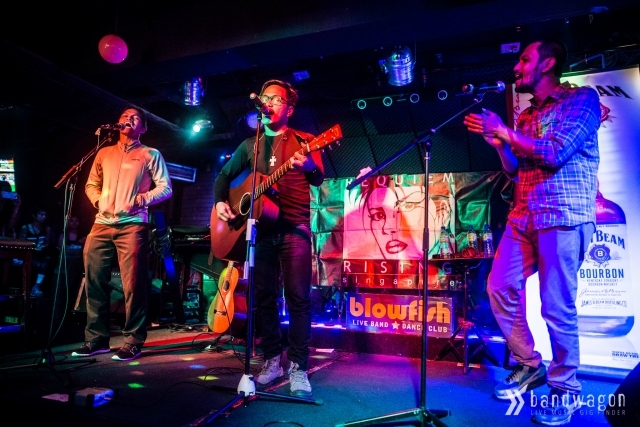