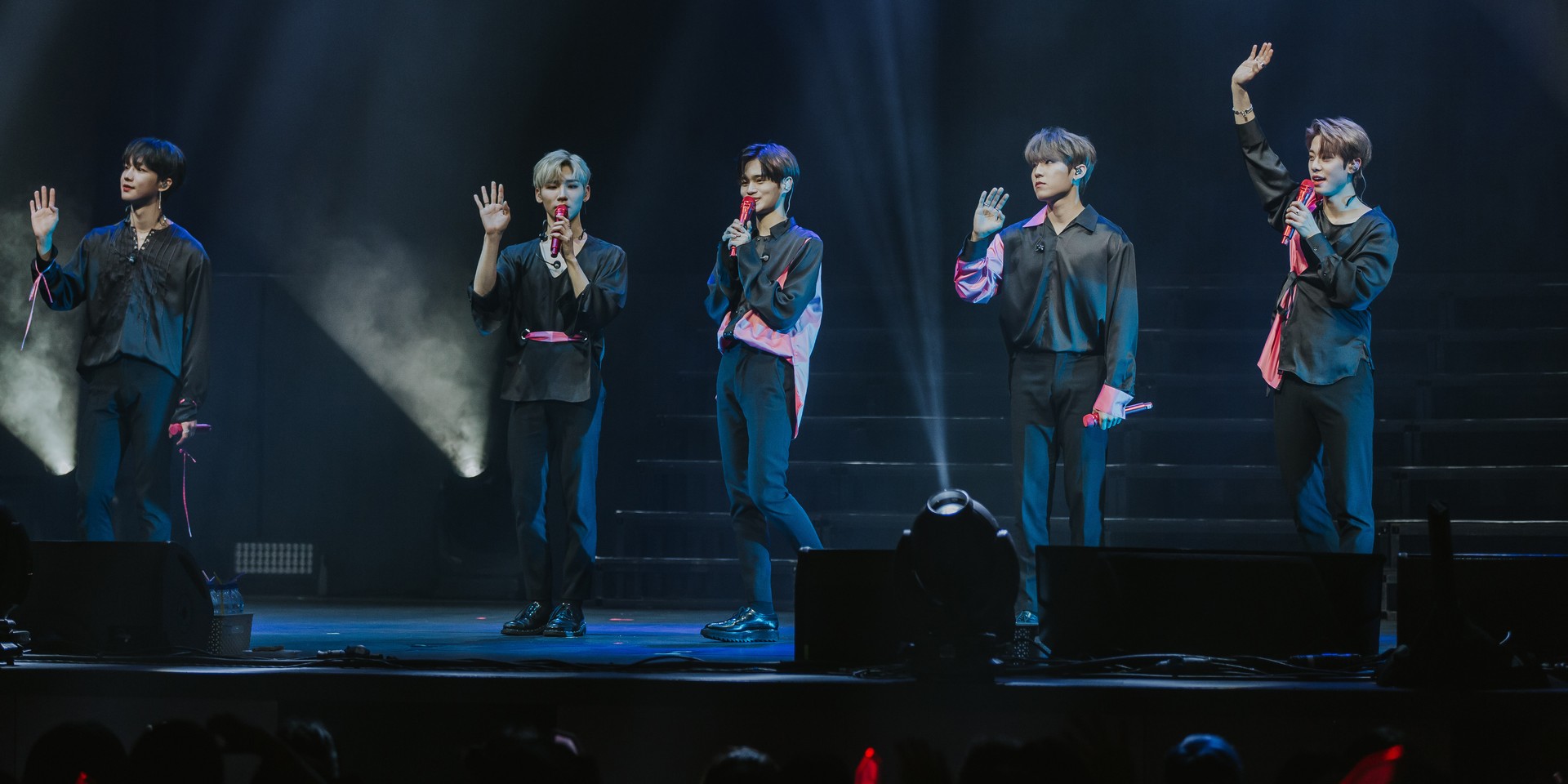 It has been less than 100 days since South Korean boyband AB6IX debuted but the popular rookie band has already snagged multiple music awards and attracted an overwhelming following of fans.

And when the boys dropped by Singapore for their AB6IX 1st Fanmeeting Tour [1ST ABNEW] at The Star Theatre last week, Singapore ABNEWs (name of their fans) were ecstatic to catch a glimpse of the young stars.

First appearing on idol survival programme Produce 101 Season 2 as a quartet in 2017, members Daehwi and Woojin debuted in mega boy band Wanna One while Youngmin and Donghyun made their debut with project unit group MXM that same year. In May, the quartet re-debuted together with the addition of newest member Jeon Woong as AB6IX. 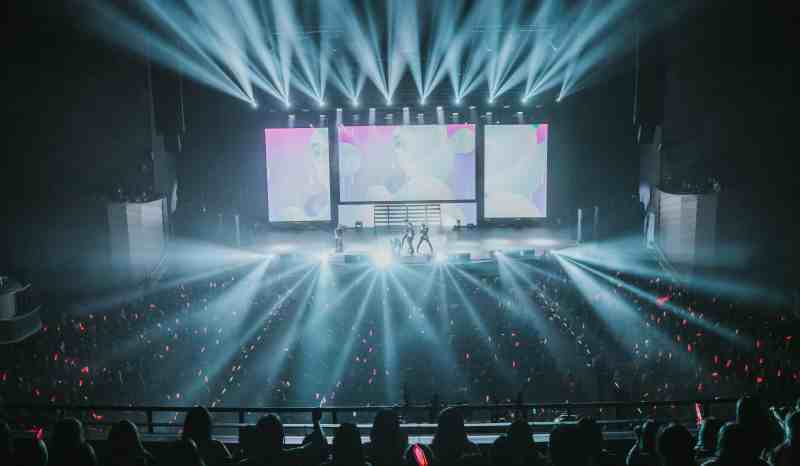 Opening the show with hip-hop and EDM track ‘Absolute’, the boys delivered a gripping performance packed with an intense beat-drop and a heavy dance break. From Woojin and Youngmin’s husky and powerful rap to Daehwi’s seductive vocals and Woong’s pitch-perfect high notes, ‘Absolute’ was a perfect track for them to showcase their strengths.

Most impressive of all was lead vocalist Donghyun’s newfound fiery stage presence and charisma as he rocked a gothic look and dark eye makeup, a jaw-dropping transformation from his usual sweet boy-next-door image. The only letdown of this performance was main dancer Woojin sitting out of the dance choreography as he had previously injured his ankle.

Greeting the crowd, member Daehwi cheekily showed off his Singlish by saying: “ABNEWs, you are shiok!” while Donghyun said: “It’s our dream to travel so that’s why we came to Singapore to embark a new journey with ABNEWs! We have prepared many stages for you!” 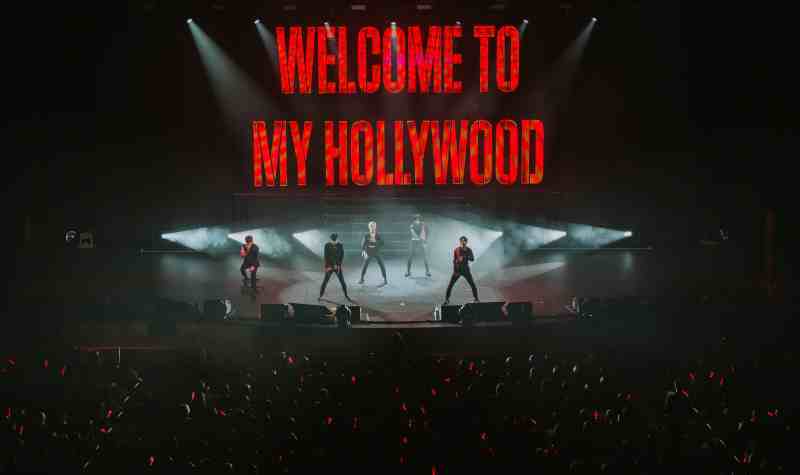 After playing several games and activities, the excitement in the theatre peaked when AB6IX performed their title track ‘Breathe’ from their 1st mini album B:Complete which peaked at 2nd and 10th on the Gaon Music Chart and the Oricon charts respectively. Unlike ‘Absolute’, this deep-house dance song followed a slow groovy beat and a catchy English chorus that got ABNEWs singing along. Accompanied by blue strobe lights and gold confetti, ‘Breathe’ was one of the highlight tracks that night.

Next, the group revisited its roots to perform fan-favourite electropop anthem ‘Hollywood’ which the members, aside from Woong, presented during their first evaluation Produce 101 Season 2 in 2017. The bass-heavy track was composed by Daehwi and features lyrics from Youngmin and Woojin as well as choreography by Woojin. Despite Woong not being part of the original team, he flawlessly blended in and even showcased a backflip and his high notes as AB6IX presented a more refined and upgraded version of the performance. 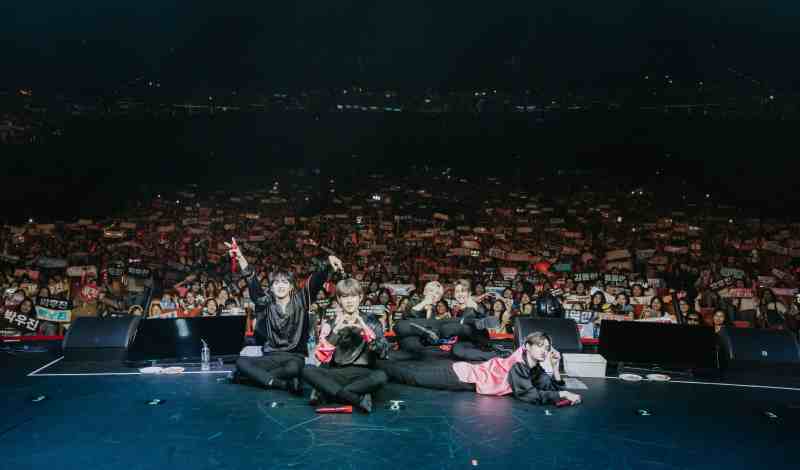 Wrapping it up with dreamy guitar tracks ‘Dance for 2’ and ‘Shining Stars’, AB6IX cruised around the stage to serenade their fans by waving, blowing kisses and making finger-hearts.  Closing the stage, Woojin got fans swooning as he said: “I feel like I have gained energy from you guys and I really want to look into your eyes and just say ‘thank you’.”

Although AB6IX might still be rookies in the K-pop scene, the group is one to keep an eye out for – we can’t wait to see what it has in store for its next music releases.