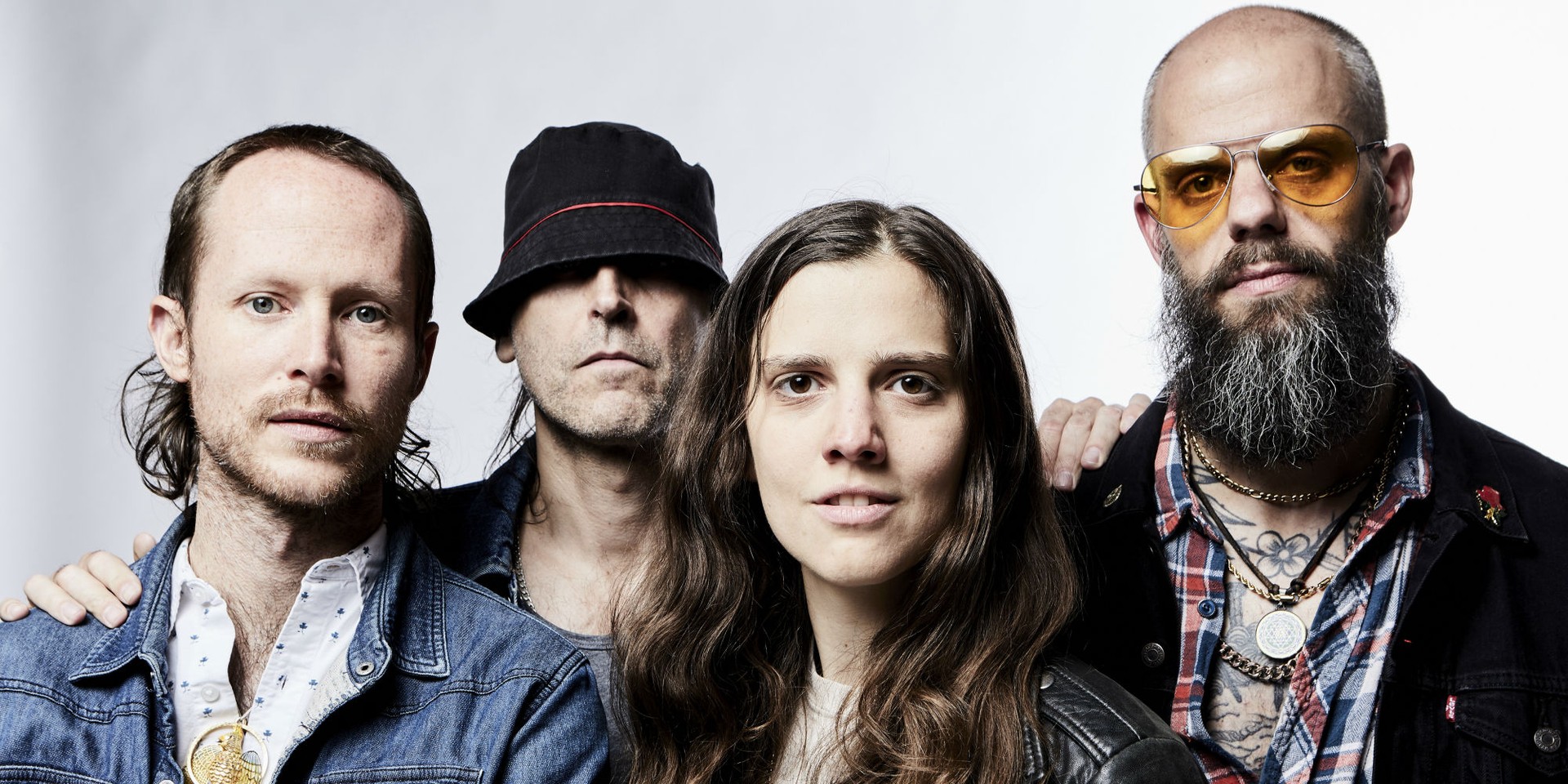 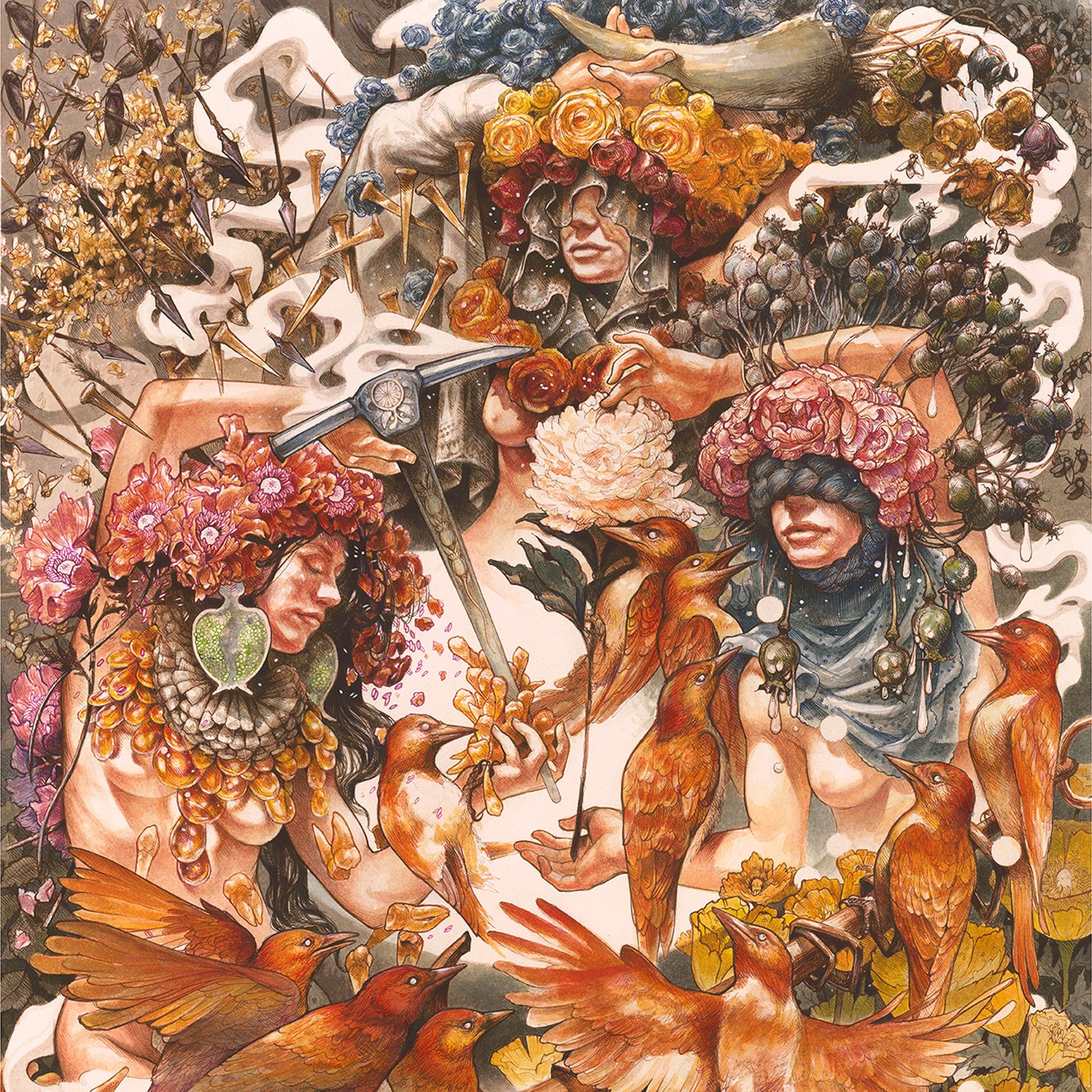 From the moment Gold & Grey was announced, it easily became one of our most anticipated records of the year. With every single release that followed, the hype grew. ‘Borderlines’ was a great choice for Baroness’ first single since the release of 2015’s Purple. Its follow-up, ‘Seasons’ further expanded on that, with a barrage of blast beats and feverish riffs. And then came ‘Throw Me An Anchor’ which collectively pulled everyone’s excitement back down to Earth – we’ll get to that later.

Baroness has always been known for its strong, coherent albums, and as such, it would only be right to give Gold & Grey that same treatment, especially since the band would be closing out its chromatic-themed series with it.

The album kicks off with an incredibly strong opener: ‘Front Toward Enemy’. It’s classic Baroness, complete with complex riffs, catchy drums and a bass tone so heavy, it truly highlights the magnitude of the track. And then, Baroness pulls a 180 and slows things down with ‘I’m Already Gone’, which is not a bad thing at all. It shows the two contrasts of the band, how they can kick things off with such high energy, and then pull it way back to a more laid-back groove. A prog band at its core, the band showcases its unpredictability and knack for experimentation in a way that many may not be used to, but it works.

As the album progresses, we get songs such as ‘Tourniquet’ and ‘Cold-Blooded Angels’ that perfectly combine heaviness and groove. They start off slow and mellow, steadily building to a fuzzy, dizzying assault, reminiscent of Baroness’ rawness on Blue. For its interludes, Gold & Grey swaps out spacey instrumentation for banks of choral vocals and ambient sections, which add a layer of maturity to the record.

Despite the line-up changes over the years, Baroness has had one undeniable strength: Its ability to draw in top-tier musicians that understand the band and its legacy, and commit to its sound. On Gold & Grey, John Baizley is the only long-time member left, with the other personnel joining after the band’s ill-fated bus crash in 2012. And yet, the album still sounds winningly consistent – like it was written by every member, past and present. It incorporates elements of past members, while at the same time surging forward to create a new path for itself.

The only flaw of the record, is its hit-or-miss production. For a prime example of this, look no further than ‘Throw Me An Anchor’. Make no mistake, it’s a great song; possibly one of the band’s best. The problem is, you can barely hear it over the messy, and frankly disappointing production. Of course, excessive reverb and fuzz have been a staple in Baroness’ music, but this song may have broken past that necessary threshold. The audio is so fuzzy, it begins cracking, and if listeners are blasting the track, it will definitely hurt them. There are so many layers and dimensions to the song that make it one of the band’s best, but it all gets lost in a sea of noise. It sticks out like a sore thumb, and for a brief moment, ruins the entire experience of the album.

Barring the faults of ‘Throw Me An Anchor’, Gold & Grey is, in its entirety, one of the band’s finest pieces of work. It may not be the band’s strongest album, but it does serve as the perfect culmination of the records before it. Gold & Grey showcases evident maturity, a necessary trait at this point in the band’s career, as it moves on to explore more themes in music. Every Baroness fan may have their varied opinions on what the best record may be, but there’s no denying that Gold & Grey is the storybook ending to the band’s beloved chromatic-themed series.