Words by Darren Ng
Photography by Nor Asyraf, Marcus Lin

If there were any indication that Ellie Goulding was still relevant as ever, this would be it. After all, the only releases Ellie have put out in the last couple of years since 2013’s ‘Halcyon Days’ was snippets of live shows in the form of iTunes sessions and a track on ‘Divergent’. Most artists would quake and shiver at the prospect of touring without new material, but the English sweetheart still has the world at her fingertip.

In concert reviewing, how great a concert pans out in the end is usually determined by the opener, ‘Figure 8’ did well to justify the 4.5 out of five stars usually reserved for the grandeur acts like The xx. The opener was the perfect pick to introduce Ellie onto stage, she shimmers and shines with all the heat she’s packing, delving into matters of the heart all while maintaining her strong fist to the heart exterior.

It is in instances like these you see the part and parcels of human in the pop star image she has molded herself into. Despite the attention and the fame, Ellie writes for honesty and heart felt emotions, in heartbreak she finds lyrics, in sorrow she finds melody. “I chased your love around like a figure 8, I need you more than I can take”, speaks of her constant struggle with love in an imbalanced relationship. 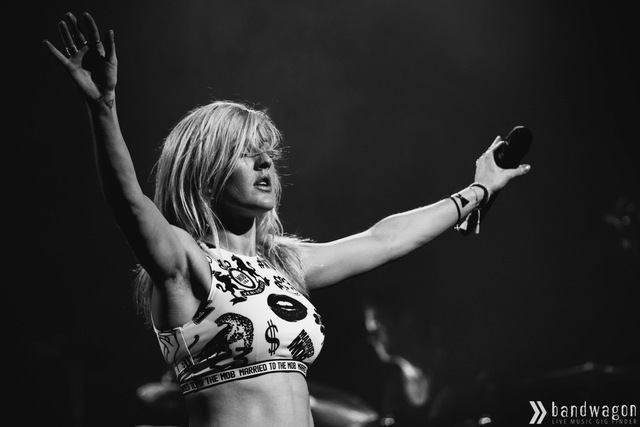 The fans that line the bottom of the stage proved not to be just fair-weather fans on a girl’s night out; they were the self-enduring, devoted and steadfast group of followers who knew the lines word by word. In ‘Starry Eyed’, Ellie dedicates the tune to her “big fans of me for a very long time”, before immersing herself into the synthesizer.

All these may seem like a strenuous session at the gym to the normal guy on the street but to the lady onstage, there is no question to how much she puts into her show. Aside from the occasional sip of water, Ellie never once did stop for a breather from the constant jutting of hips and the almost-scandalous ab exercises onstage. I had a friend once told me her daily work out routine and the various runs in cities that she hold with fans. A quick search on Google image verifies that, but I’m sure I won’t hold up for long given a chance.

The most interesting aspect of Ellie’s performance is the drastic transition from emotional songstress to the pop diva who wears the pants in the relationship with her fans. The middle of the show saw Ellie showcasing her vocal range in her “darker, more emotional” rendition of Elton John’s ‘Your Song’, which made our tear ducts expand. She also cracked her knuckle at Alt J’s ‘Tessellate’, which raised quite a few eyebrows, I think collaboration should materialize between the two English powerhouses in the months leading up to ‘This is All Yours’. 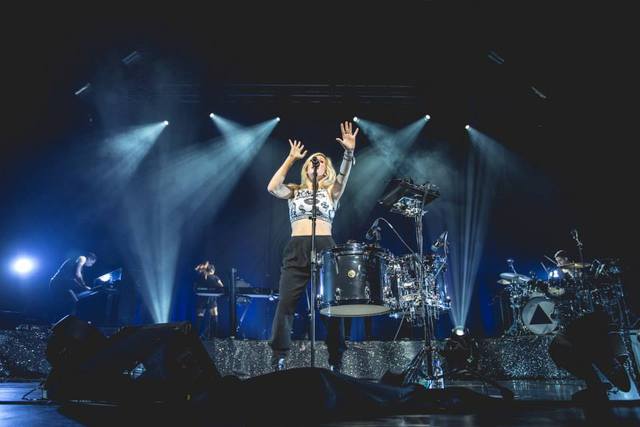 As the night inched towards the crescendo of the show, Ellie dished out ‘Anything Could Happen’, although the visuals were not excellent, the strobe lights dancing through the Star Theatre compensated for it. It was as if the stakes were tripled as Ellie went all out or in to ensure no one in attendance was left standing still. She moves about manic in her ‘Married to the Mob’ crop top like an enthusiastic cheerleader from left to right, making sure every inch of the stage was put to use, beaming each time the crowd responds to the draw and change of the show.

In conversation, Ellie wasn’t the confident undaunted lady she impersonates on stage; her voice rings of earnestness and truth. She promises a new album titled ‘Ellie’ is in the works in an interview in January, so we hope nothing has been crossed out yet. The gentlemen’s word is that we should be lucky to have had her solid yet inviting performances on our shore twice in the span of a year, but if she’s booked for a third, I’m going to have to give an answer of an ‘uppercase Maybe’. 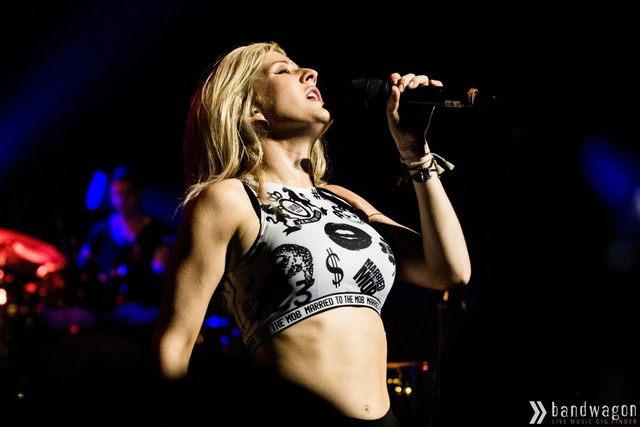