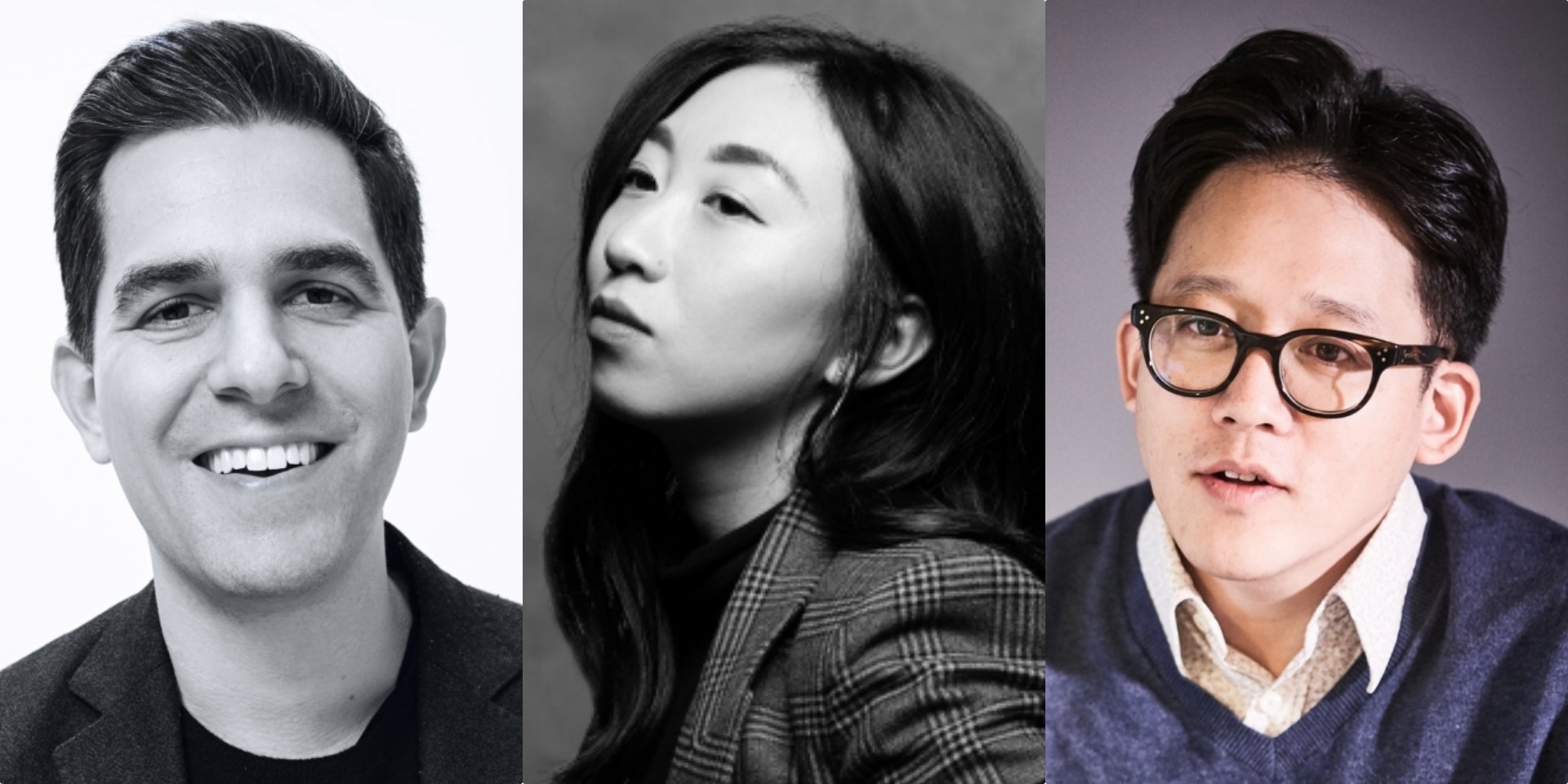 Presented by All That Matters 2019.

Something sprawling and glorious this way comes: All That Matters returns to Singapore in September with its biggest payload of offerings yet.

Back for its 14th edition, Asia’s leading sports and entertainment industry conference will once again take place at the Ritz-Carlton Singapore, from 13-18 September. Comprising the five verticals of Music, Sport, Gaming, Digital and Marketing, ATM 2019 will feature keynote speeches and panel discussions by some of the most esteemed and accomplished leaders of the global entertainment industry.

Look out for a spectrum-blasting array of more than 190 speakers, 23 keynote speakers and 1700 senior-level executives from more than 650 companies – all of whom will gather in Singapore for ATM 2019.

This year, the roll call of speakers is thoroughly formidable and exhaustive. That’s why, from the 190 speakers, we’re profiling 10 of the most celebrated personalities in the music industry whose panels and keynotes you should attend. Hailing from various sectors of the music industry, each speaker has, undoubtedly, a wealth of knowledge to share.

Get acquainted with the 10 speakers below. 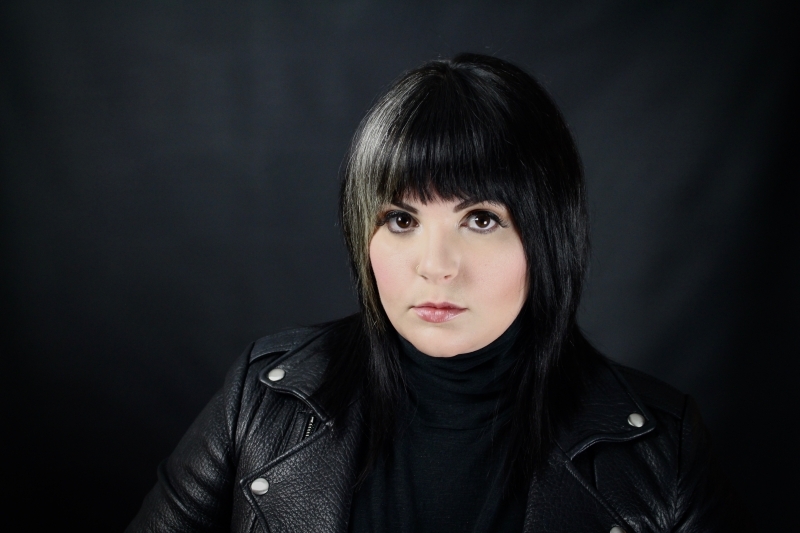 Sara is very closely associated with the actually meteoric rise of one the biggest artists in pop right now: Billie Eilish.

Working with Eilish since she was 14, Sara has played an instrumental role in shaping her into a legitimate cultural phenomenon, who is, at this writing, the ninth most-streamed artist in the world. At her keynote, Building a Live Career: The Story of Breaking Billie Eilish, which happens at 11.30am on 17 September, Sara will elaborate on her area of expertise: scaling the performances of her clients from smaller venues into arenas and stadiums.

Sara stands atop 12 years of experience. She got her start at the Monterey Peninsula Artists – which was acquired by Paradigm Talent Agency – where she was mentored by industry giants Chip Hooper (who personally represents the Dave Matthews Band) and Lynn Cingari. 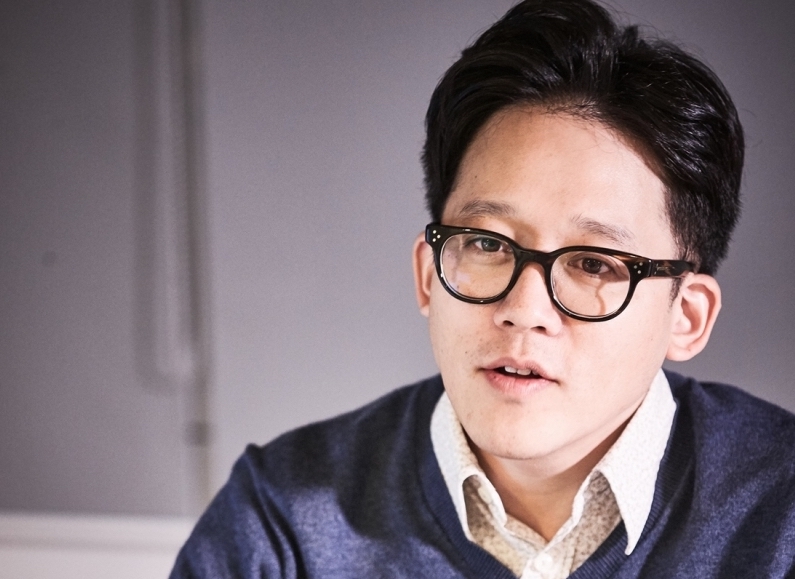 Overuse has blunted the impact of the term “legendary” but there are no two ways about it: SM ENTERTAINMENT is a legendary pop cultural force. Founded in 1995, it is now the largest and most influential entertainment company in South Korea. Currently home to world-renowned acts such as Girls Generation and Super Junior, the firm also boasts a suite of other services including artist development, music production, music publishing, event management and concert production.

Chris Lee is likewise a force to be reckoned with. Upon joining the firm in 2005, he has soared through the ranks by developing SM’s impeccable production system, which houses a global network of 900 songwriters and producers – including Bruno Mars. Notably, Lee is famed for transposing the songcamp mode of songwriting and production, more common to English pop genres such as hip-hop, to the K-pop world.

At his hugely anticipated The True Value of K-Pop, that happens on 16 September at 12pm, he can be counted on to share authoritative insight on how the K-pop business model has emerged to rival that of the entire Western pop ecosystem. 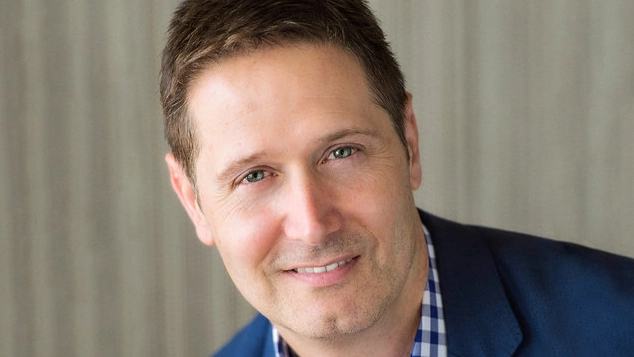 The Recording Industry Association of America (RIAA) is an institution that was established in 1952 to ensure transparency and accountability within the United States’ music industry. Its main functions are to honour and safeguard the intellectual property rights of artists, conduct research about the music industry and author policies and regulations that pertain to the music industry.

As Chairman and CEO of the RIAA and as a part of the Main board of the International Federation of the Phonographic Industry – that serves as a watchdog for the music industry worldwide – Mitch Glazier stands at the helm one of two most pivotal institutions of music in the world. In his 20-year-spanning career, he has contributed invaluably to the infrastructure within which music is made, distributed and consumed. Recently, he was one of the trailblazers responsible for passing the historic Music Modernization Act (MMA), which is a legislative push towards modernising copyright protection for songwriters and artists in the digital and streaming age. The Act has since received support from musicians Kim Gordon, Stevie Nicks and Sir Paul McCartney.

Be sure to attend his LIFTING ALL BOATS: US Music Industry Growth is Bringing Opportunities to Asian Artists (and vice versa) keynote on 17 September, at 10.45am. 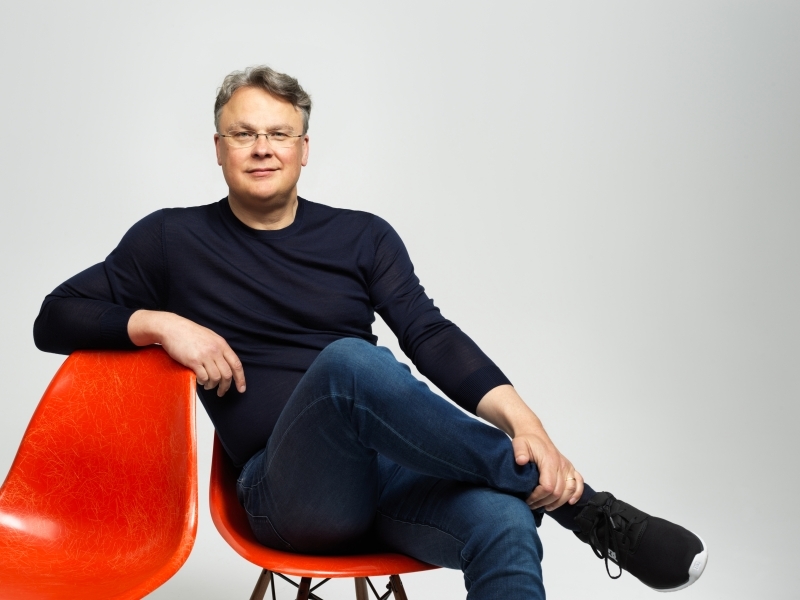 “Alternative” is more than just teenage angst and ripped jeans. For Willard Ahdhirtz, it’s a cosmological principle that has directly helped him shape a business model that scoffs at the limits of tradition.

Since Kobalt Music Group was founded in 2000, Willard has led the charge for a more lucrative and equitable system that benefits all entities in the production of music. Today, Kobalt has more than 600, 000 songs in its catalog and counts the likes of Lenny Kravitz, The Weeknd, Childish Gambino, Tom Misch, ZAYN, Marshmello and Ozuna in its sprawling roster. Through his “client first” business philosophy, Willard has grown Kobalt into the world’s most advanced multi-rights royalty collections technology.

Kobalt represents on average over 40% of the top 100 songs and albums in both the US and UK. Music publishing and, on a larger scale, the industry itself, has not been the same since Kobalt emerged on the scene.

Head to Willard’s Publishing & Technology Keynote on 16 September, at 11.15am to find out more. 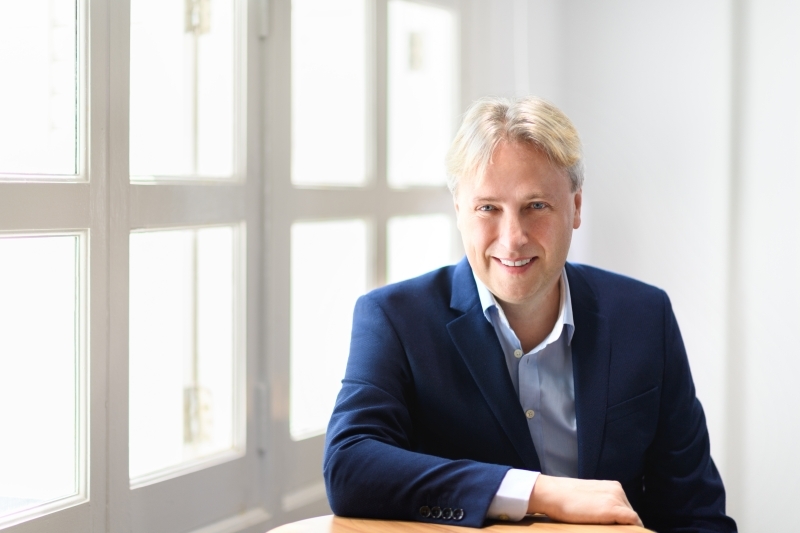 With more than 20 years of experience at the confluence of entertainment and technology, and across companies such as Nokia, Microsoft and MixRadio, Paul Smith is a giant in the industry. As the current head of Spotify’s International Licensing Department, he is responsible for the licensing of digital content from the international community of major and independent labels, and publishers around the world.

Understanding the nuances inherent in the relationship between art and commerce is an important aspect of his job and since he took the helm in 2017, he has played an irreducible role in launching Spotify around the world, as well as bolstering Spotify’s relationships with rights holders in emerging markets.

Hear from the veteran at his Globalisation of Music and What that Means for Artists in Asia panel on 17 September, at 10am. 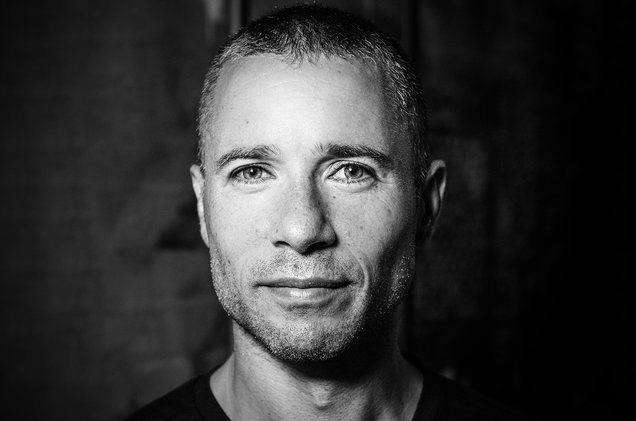 Adam Granite casts a tall and storied shadow over the music industry. His dedication to it has seen him devote more than 20 years to its various facets such as finance, strategic planning, operations, business development and merchandise, in territories as disparate as Europe, Africa, Russia, Turkey, Israel, and the Baltic and Balkan states.

Currently, he has taken on the responsibility of crafting and fine-tuning the strategy for marketing, distribution, and commercial initiatives including licensing, acquisitions and emerging genres of Universal Music Group – recently crowned by Fast Company as the most innovative music company in the world – in the most rapidly growing music markets, namely, China, India, Sub-Saharan and North Africa, Turkey, the Middle East and Southeast Asia.

Within the realms of music and marketing, his expertise is expansive and authoritative. Do not miss out on his Major Label Keynote, that happens at 12pm on 17 September. 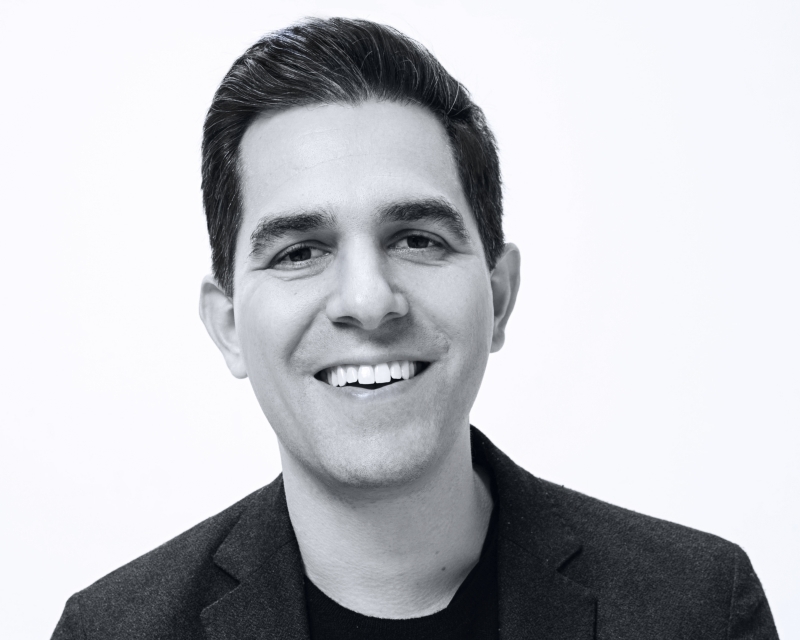 As President & CEO of AEG Asia, Adam Wilkes helms all the company's business and development activities across the region, such as expanding its venue portfolio through facilities management, real estate development and acquisitions, growing its ticketing partnerships, and sponsorship activities.

At the same time, Adam leads the live entertainment giant AEG Presents Asia Pacific as its President, managing the company’s concert touring, sports and live event business that spans across 15 countries such as Japan, India, China, Australia, and more.

In his Asia Promoter Keynote on 17 September, 4.30pm, Adam will be speaking to Ralph Simon (Chief Executive, Mobilium Global) about the movements within the live music industry in the region, tapping on his vast experience and expertise in the Asian Pacific market. 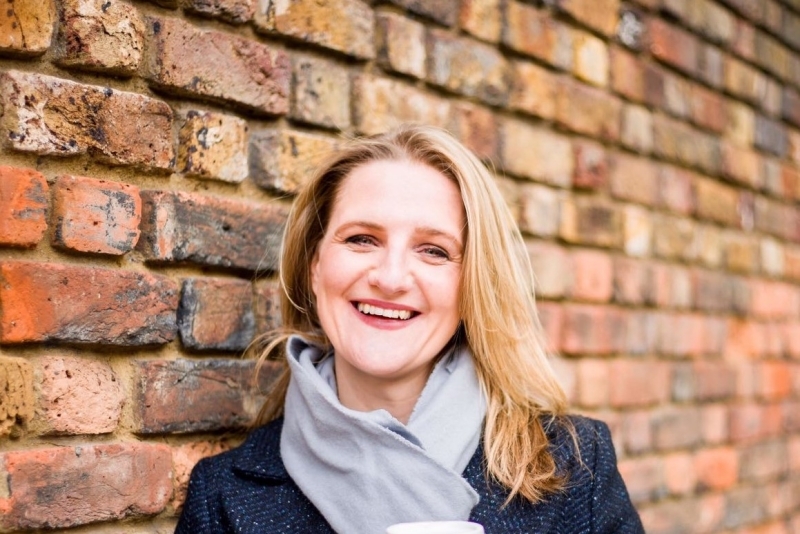 If knowledge is power, data is the weapon of choice the victors deploy. In this regard, The Nielsen Company has proven to be an incontestable global behemoth in marketing research, ensuring that the world of pop culture is relentlessly buzzing. In the realm of music, Nielsen music has been an unimpeachable source for data pertaining to consumer research, sales and streaming for more than 20 years

Helena Kosinski’s vantage point, as the Vice President of Nielsen Music, is a priceless one. At her level, she is intimately and acute privy to how the marketing expands the blast radius of recorded sound in extremely tangible and penetrative ways. Since she joined the company in 2008, she has been responsible for European business development and operations, expanding Nielsen's business with music publishers and performing right societies and holistically refining its approach to music measurement, sponsorship and consumer insight solutions internationally.

Catch her Globalisation of Music and What that Means for Artists in Asia panel on 17 September, at 10am. 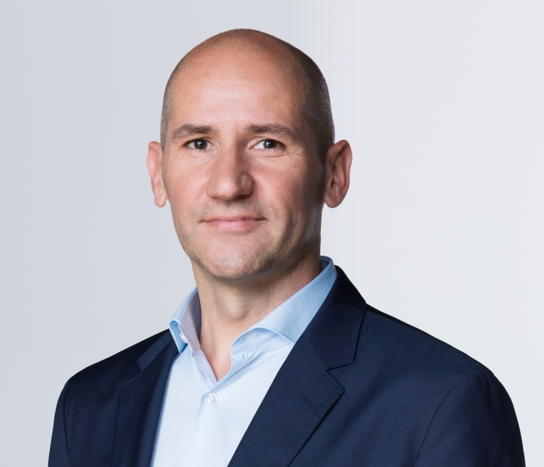 Amazon Music has, over the years, become one of the mainstays in modern music streaming. An international platform as large as Amazon Music requires management that is tailored to the demographics of the regions where it has a presence. Rene Fasco is the Director of Amazon Music in Japan, and leads Prime Music, Amazon Music Unlimited, and Download Store operations in the country.

As Director, he oversees all aspects of the business in Japan. From strategy and marketing to product and business development, Rene has an advantageous grasp on the movements of the market in the Asian culture. Not only has he overseen the launch of Prime Music and Amazon Music Unlimited, he also spearheaded Amazon’s first foray into live sports content production with the launch of a new football audio streaming service.

Don't miss him at the From Strength to Strength: Asia Streaming Update panel on 17 September, at 5pm. 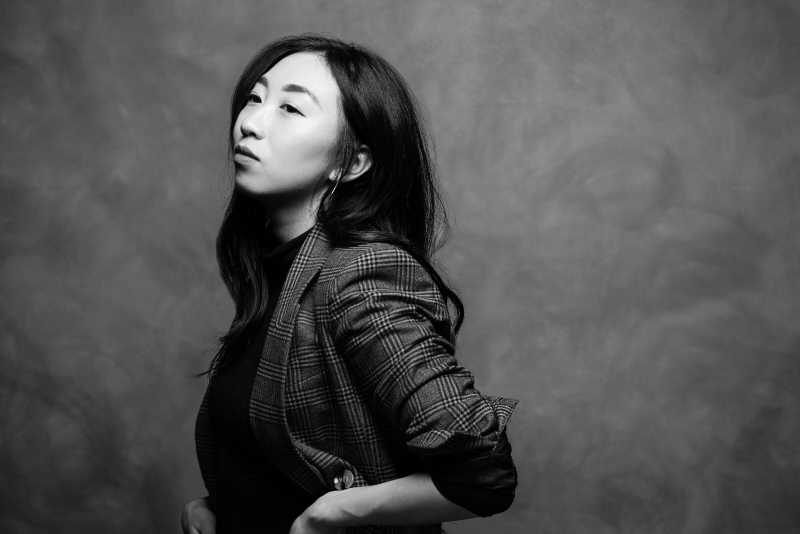 EMPIRE is a San Fransisco based music label, distributor and publisher that has promoted artists such as Tyga, Iggy Azalea, Snoop Dogg, Bridge, Bohan Pheonix, and more. Roxy Sun, as its Asian Territories Manager and European Marketing Manager, plays a crucial, multifaceted role in developing and executing projects for EMPIRE and its artists in the Asian and European markets.

Prior to her current role at EMPIRE, she was previously the Streaming Manager of Mixmash Records, and a former music programmer at MTV Networks. With her arsenal of experience in the international music industry, she has her fingers on the pulse of what works and what doesn't, and funnels her knowledge down to the Asian-European market.

Catch Roxy on the Crystal Ballers: Future of Digital Influence panel on 18 September, at 4.45pm.

For a complete breakdown of the different panel discussions and its speakers, check out the official All That Matters programme here.