LA-based producer Meishi Smile, Tokyo's LLLL, and  Manila's U-Pistol have teamed up for a new single, 'Always'. The Zoom Lens label mates, who have worked previously on several projects together, completed the track after 4 years and ended up recruiting Calendula for additional vocals. 'Always' was officially released as a collaboration with Japan's Maltine Records last January 27, 2018.

We speak to U-Pistol (f.k.a. Ulzzang Pistol, a.k.a. Zeon Gomez) about defying timezones and slow internet, finally meeting his collaborators in real life, and what's next for Zoom Lens in Asia.

'Always' is your first new single under the moniker U-Pistol (f.k.a. Ulzzang Pistol). Will you still be making music under moonmask?

Technically, it is! 'Always' will still be part of the Ulzzan Pistol discography, [and yes] moonmask will continue on as a "band".

If I may explain a little: U-Pistol is a project that honestly reflects me as an individual more - my philosophies and beliefs, even the name itself stands for something. moonmask is more of an attempt to make it easy to approach music, especially to the locals, but that doesn't make moonmask insincere. I did write my songs straight from the heart based on experiences and etc. I think the main factor that defines the split is that moonmask is produced mostly by my father and friends - in fact we've been rehearsing as a band lately (me and my friends) in case we get booked live... which is rare, but I see moonmask as a group effort in general." 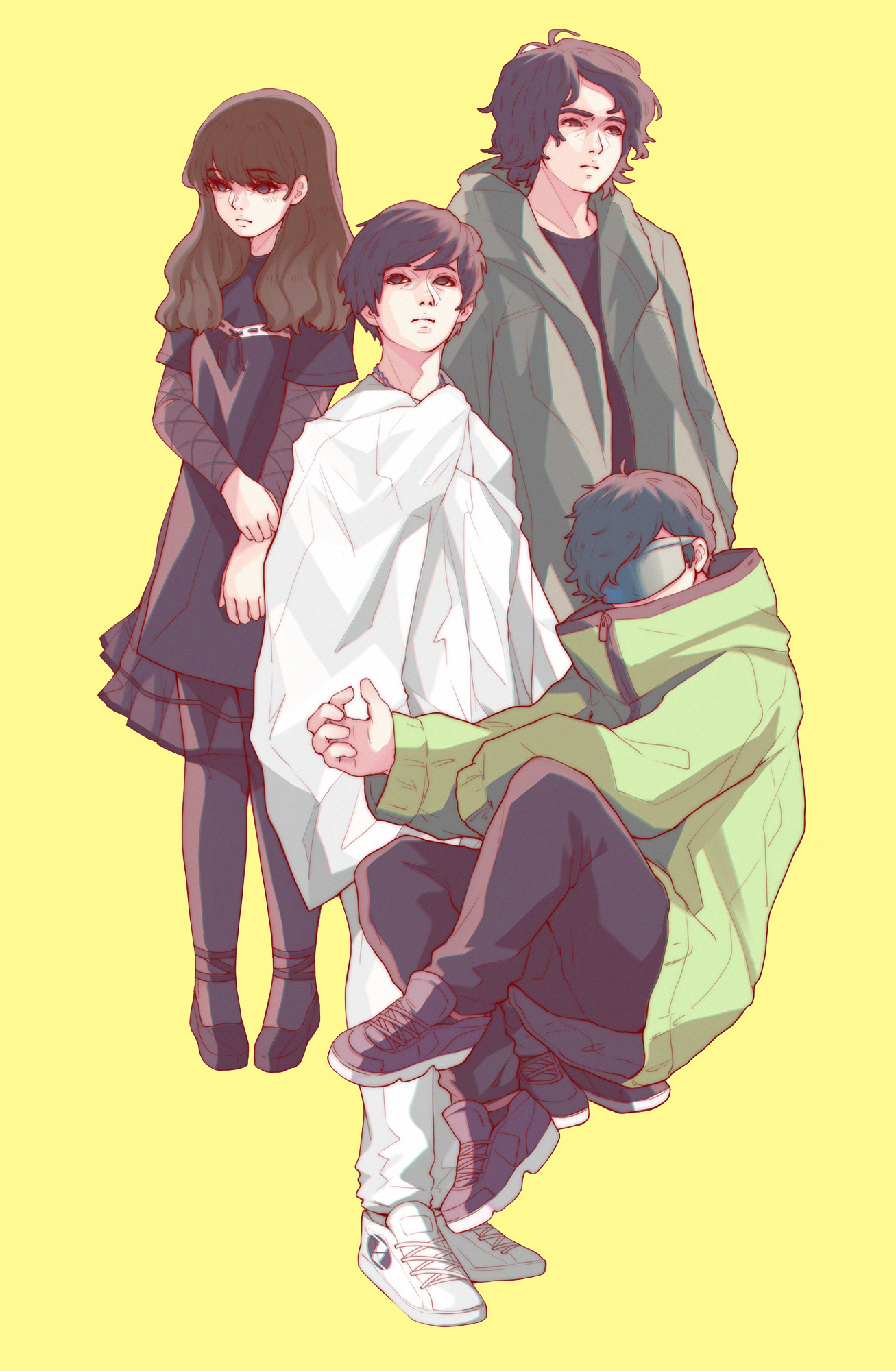 Working with label mates from all over [the world] opens my eyes to fresh new perspectives and styles I've never imagined having on my songs. I learn a lot from their work ethics even though it's digital. You can still sense the dedication they put out for each track."

The new single is a collaboration between yourself, LLLL, and Meishi Smile. How did you divide the work among yourselves? How long did it take you to finish the track considering you're from different parts of the world?

'Always' started out as a draft for my 1st album's carrier single / namesake called girlfriend. girlfriend was written and released between 2013-2014. It's 2018, the song officially wrapped up near the end of 2017. So this song took us 4 years to finish.

Basically the story was -  I was young and I looked up to Meishi Smile a lot, I wanted my album's carrier to sound just like his music.  I wrote the first demo of 'girlfriend' in homage to his style, but as the album went on I felt that I wanted to be real with myself, since it was supposed to be one of my most emotional songs in the album. I then re-wrote 'girlfriend', thinking that the instrumental was a waste.

In late 2014, I asked Meishi Smile to collaborate with me and sent him the discarded instrumental. He liked it and began working on drafts. I wouldn't hear from it again until early 2015, then he asked if the collaboration could go with his supposed 2nd album. Later that year we added the vocals with the verse written by Meishi and the chorus by me. Guest singer Calendula was officially added to the project, but the song once again is shelved.

Come 2016, I finally meet Meishi Smile in real life for our mini tour in Japan and the song resurfaces as one of the highlights of our set. I also finally meet label mate and longtime internet friend LLLL for the first time in real life as well.  We decide to release [the single] by the end of 2016, but by the time we get back home to our respective countries after the tour, we decided to ask LLLL to hop in for one big track.

By [the end of] 2017 the song was officially done---so yeah ahaha 4 years, passed around virtually from Manila to LA to Tokyo, I find it apt that we are releasing with Japanese label Maltine Records as well since the track kinda wrapped up in Japan." 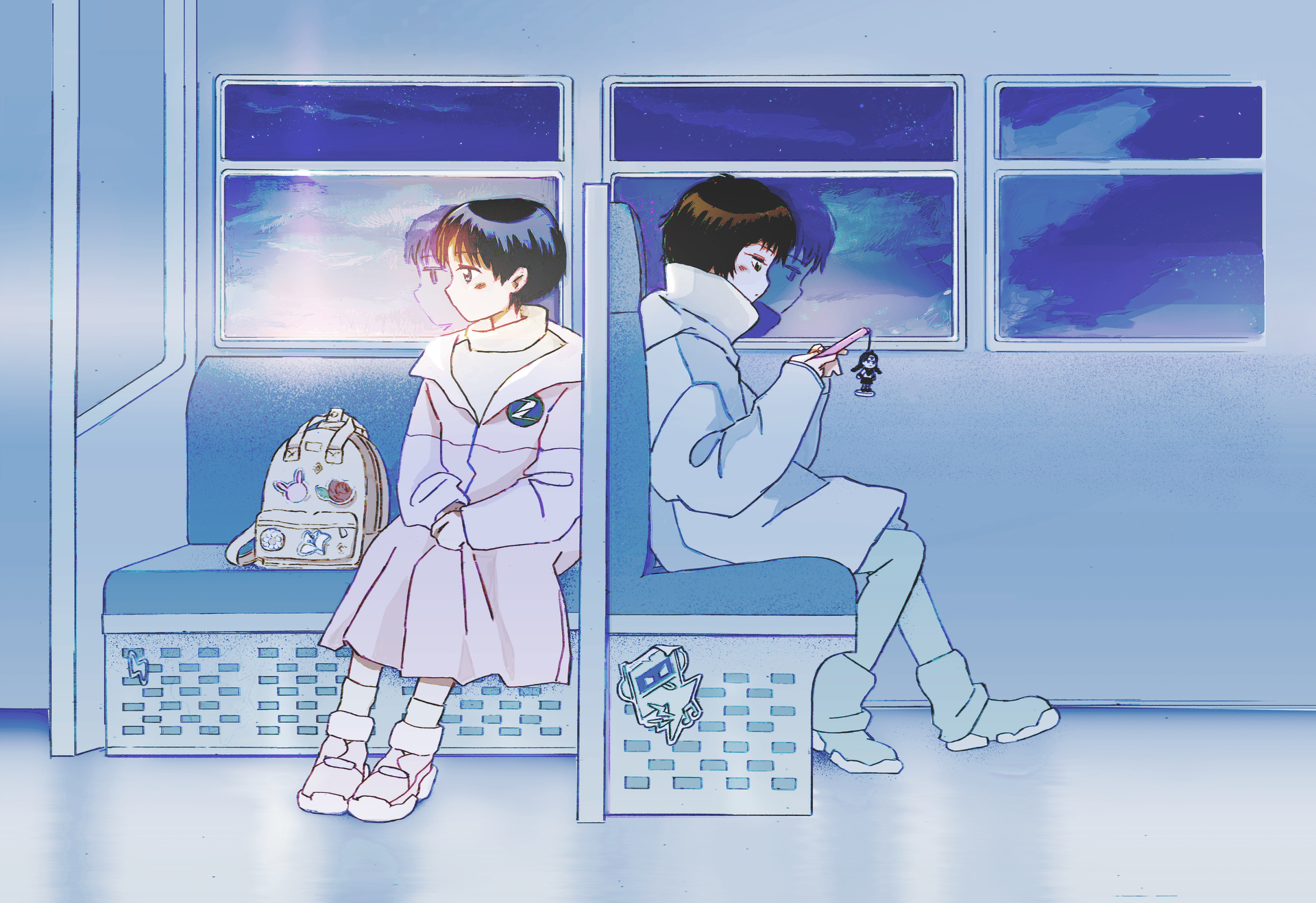 The cover art was created by FANGRRLZ, who have also worked with you guys for your zine, Metempsychosis. Do the artists (yourself included) have any input for the design or do you leave it to the artist completely?

For this one, we did put our heads together, we were given drafts we picked and pitched vibes, color schemes and mood boards. For the promotional image, we had the illustrator Xelalanana (who is from Manila!) follow a few guides!"

You have previously worked with Zoom Lens artists from across the globe, can you share with us the benefits and struggles of working on music remotely?

Definitely a lot of benefits than there are struggles, working with label mates from all over [the world] opens my eyes to fresh new perspectives and styles I've never imagined having on my songs. I learn a lot from their work ethics even though it's digital. You can still sense the dedication they put out for each track. I used to have slower internet, I've experienced sending gigabites worth of files letting my computer sit for hours only to have them send me back the same amount in minutes (but I still have to wait hours to download hehe).

Time difference takes a bit of getting used to, especially when I'm working with members from the States. I had to memorize the timezones as well. There will be times where I finish songs and send them during their ungodly hours. I have to wait til they're up and ready to hear feedback, but it's more of an adventure than a struggle really, nothing beats the feeling of receiving an email full of stems from your collaborators be it any time of the day, it always feels like Christmas."

Are there plans for a Zoom Lens showcase in SEA soon?

This 2018, we're trying to re-establish the presence of our label in Asia, we're very much open to opportunities to play in Southeast Asia. It's definitely part of my goals as a liaison for the label to bring to the members to cities like Manila and Singapore, please do invite us!"