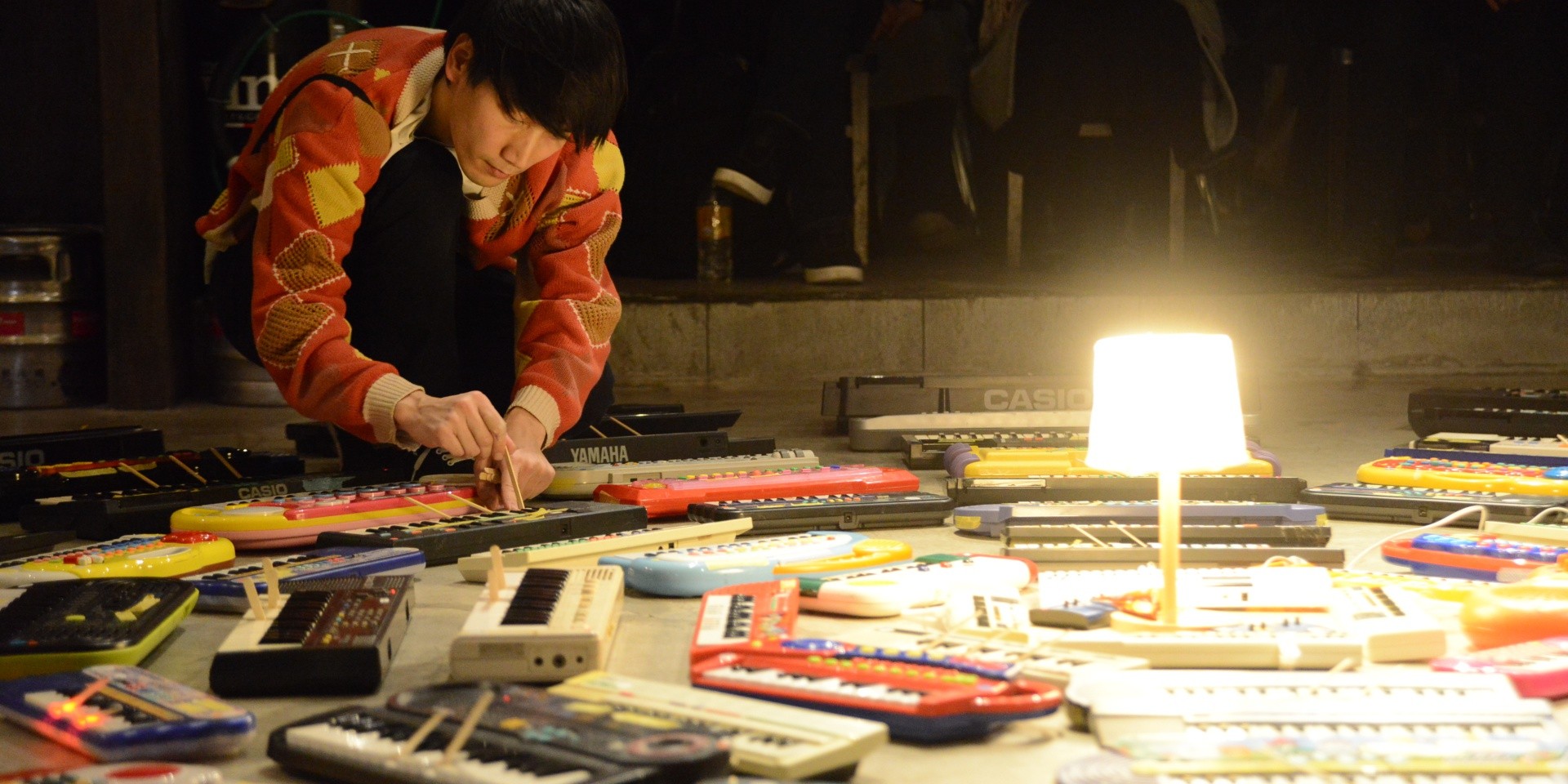 Naoyuki Arashi, better known as ASUNA, is truly a master mind-bender when it comes to the art of music. His understanding of sound – from how it travels through the air, the frequencies and variances, down to the raw source, which is simply, just, the vibration of air particles – has inspired him to create one-of-a-kind masterpieces, so few, maybe none, can ever replicate. To him, it isn’t much about the instrument, in the traditional sense – everything is his instrument.

At the Singapore International Festival of the Arts (SIFA) this year, he will be premiering his highly acclaimed performance 100 Keyboards in Singapore for the very first time. A performance that aims to make known to the listener a different way of listening to music, this is sure to be horizon-broadening experience.

Before he makes his appearance in at SIFA 2019, we spoke to him to get a deeper understanding into his unique approach to music. Read more below.

How have the first five months of 2019 been so far?

This year, I played at the PuSh Festival in Vancouver, Canada on January. In February, I played during Tony Conrad's legendary film work The Flicker, which screened before his documentary Completely in the Present in Tokyo and Nagoya, Japan. Then, I was composing and recording in Frankfurt am Main, Germany at the invitation of the residency program from MMODEMM Label and Künstlerhaus Mousonturm. And, now, I just came back to studio called "Gallery Kapo" Kanazawa, Japan.

Your brand of music is certainly one-of-a-kind. What drew you to this particular production of music?

When I was a child, my parents ran a twisting thread factory. I liked listening to the pressing machine there and the sound of the motor all day. After that, I came to listen to a lot of noise and punk music like Sonic Youth, Boredoms, Merzbow, Masonna, Solmania, etc., at 12 years old. I've been interested in the collection of keyboards since my teens and their characteristics from long ago, since I was teenager. At the same time, I was playing in bands influenced by the likes of Stilluppsteypa, Caroliner Rainbow, LAFMS, Scratch Orchestra, etc. I was looking for a completely different methodology of music; one that is my own. From there, I spontaneously reached this performance. It can be said the hearing experience is like a colourful 'fluctuation' like those seen in Bridget Riley's paintings. 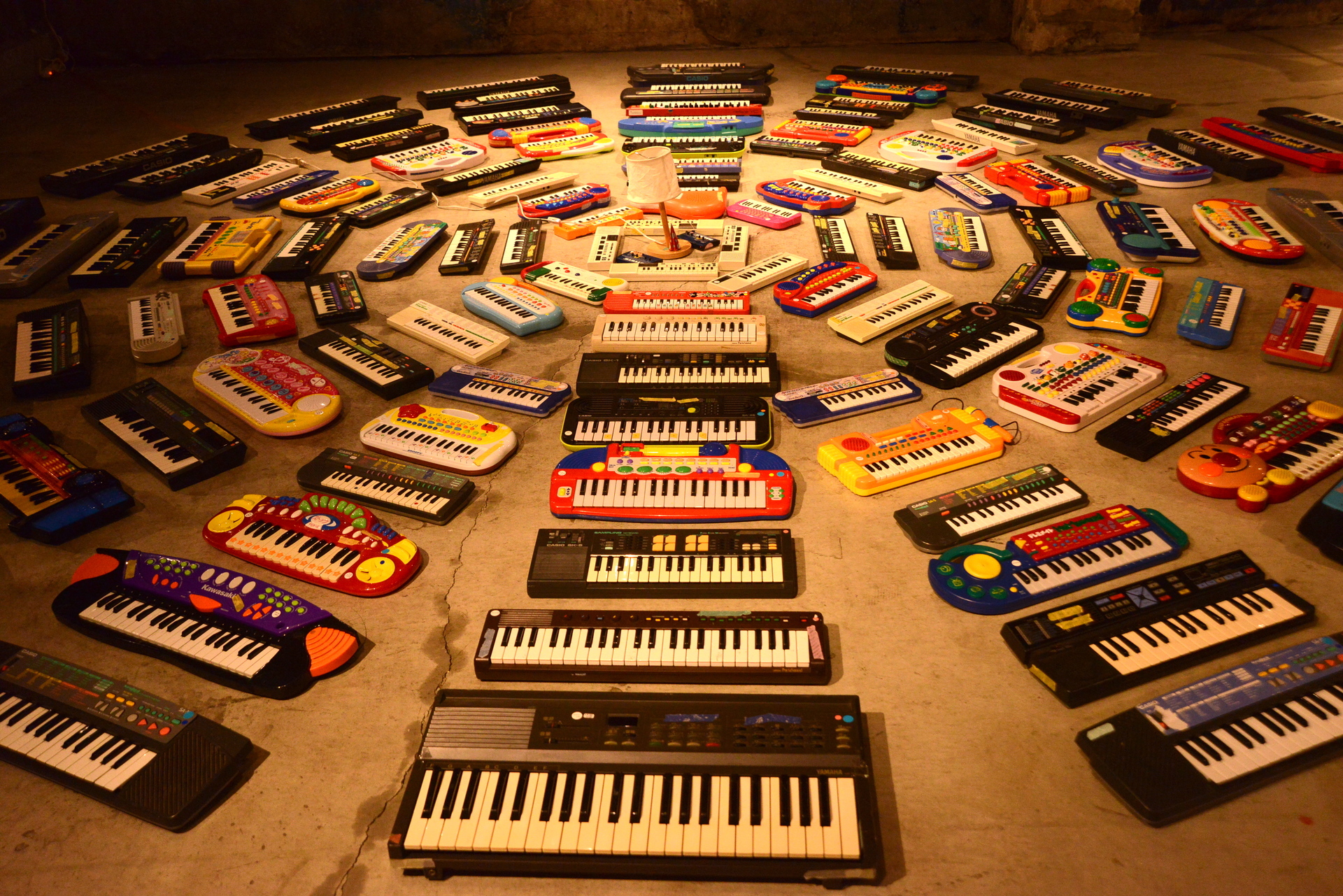 How do you feel about debuting to 100 Keyboards at the Singapore International Festival of the Arts 2019?

This time will be the only premiere in Asia other than Japan. It is my first time visiting Singapore, so I'm looking forward to it. I am very honored to be part of a diverse group of artists from around the world at SIFA.

How did the idea of this performance, 100 Keyboards, come about?

I was making music with a computer around the end of the '90s. Those techniques made it possible to treat sound and frequency visually like a microscope. Technological evolution brought with it a new methodology of thinking and a new viewpoint. At the same time, I was also playing lo-fi experimental punk music in a band. These extremely different interests gave me a distinct point of view on the conceptual and physical effects of the phenomenon of sound. I think these various experiences from when I was a teenager are reflected in my performance of 100 Keyboards.

And, when I was a teenager, I was influenced by the viewpoint of WrK (whose members are: Minoru Sato-m/s, Toshiya Tsunoda, Jio Shimizu, Atsushi Tominaga, Hiroyuki Iida) which is a legendary Japanese contemporary art group from the '90s. There is no direct relation between them and the performance of my 100 Keyboards. However, I was inspired by them. They were an artist group making methodologies like Alvin Lucier's more radical. 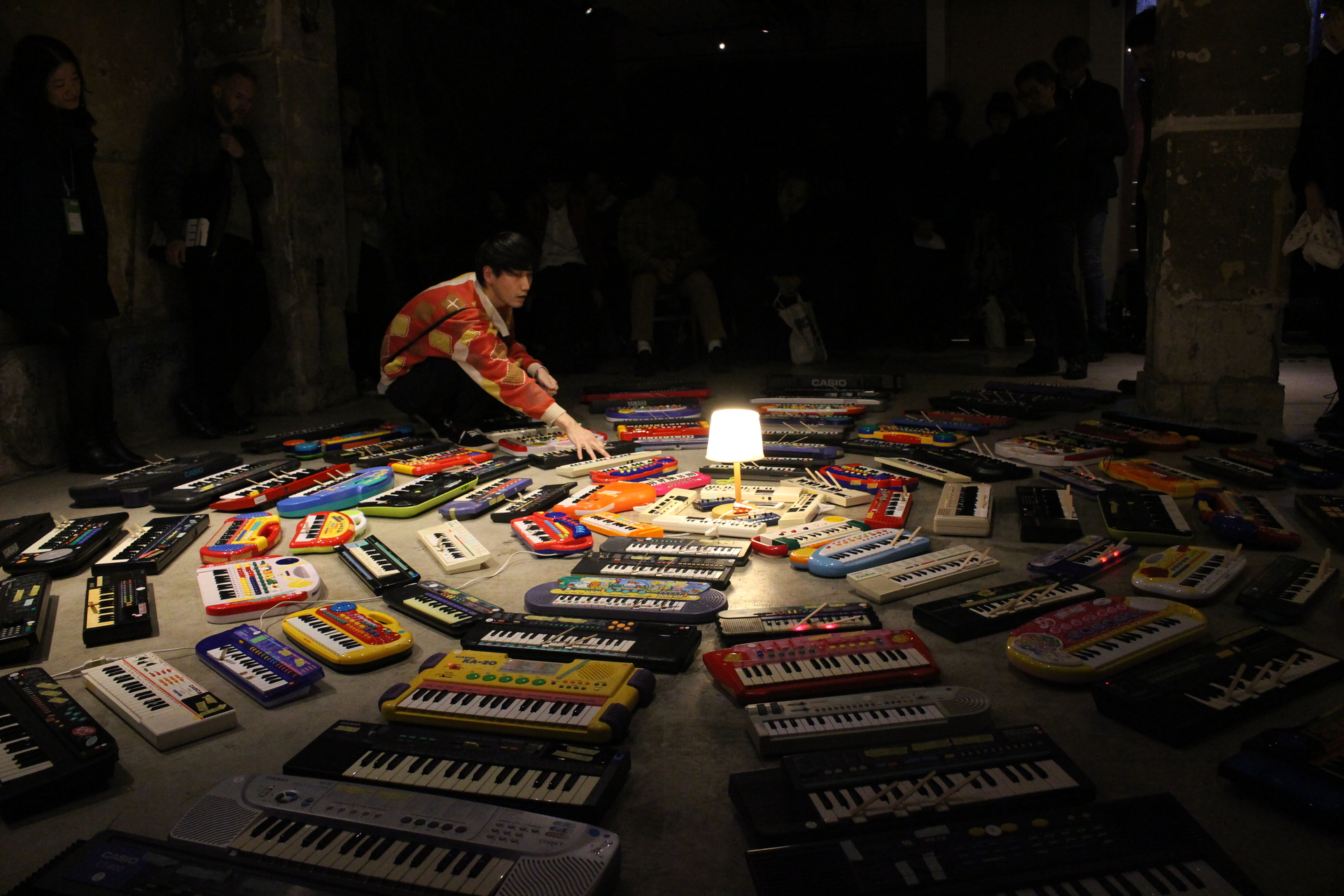 Could you give us a little insight on what visitors can expect?

In this site-specific listening experience, I would like you to listen to subtle variations of sound interference and resonance that vary based on your location in the performance space. I would like you to listen by changing where your ears are pointed at and/or move around the keyboards. Complex interference and resonance in the space can reveal different sound beats and loops between minute changes in position. I hope audiences can listen carefully to the phenomenon of those sounds and discover the experiences of new sounds in each.

Your collaborative album, Signals Bulletin, with Jan Jelinek was recently released. How did this partnership come about?

When Jan Jelinek played at the 21st Century Museum of Contemporary Art, Kanazawa, my hometown's contemporary art museum, I played there too. At that time, I was performing a conceptual work about the origin and meaning of language with a remodelled reed organ. After the performance, I received a proposal to collaborate with him. He is a great composer and artist, and all his works have a very clear concept and strong direction, so I am very honored to be a part of this collaboration. You can find out more about our work on here.

You’ve experimented with unconventional instruments such as whistles and kazoos. How do you approach a project with these tools?

I use toy instruments and all kinds of musical instruments and they don’t have to be expensive. However, that does not mean that any instrument is okay. Chosen instruments have an emphasis on certain concepts and textures of the sound. I aim to create works that overcome an individual by changing a specific context with sound.

Speaking of which, are there are new projects coming up?