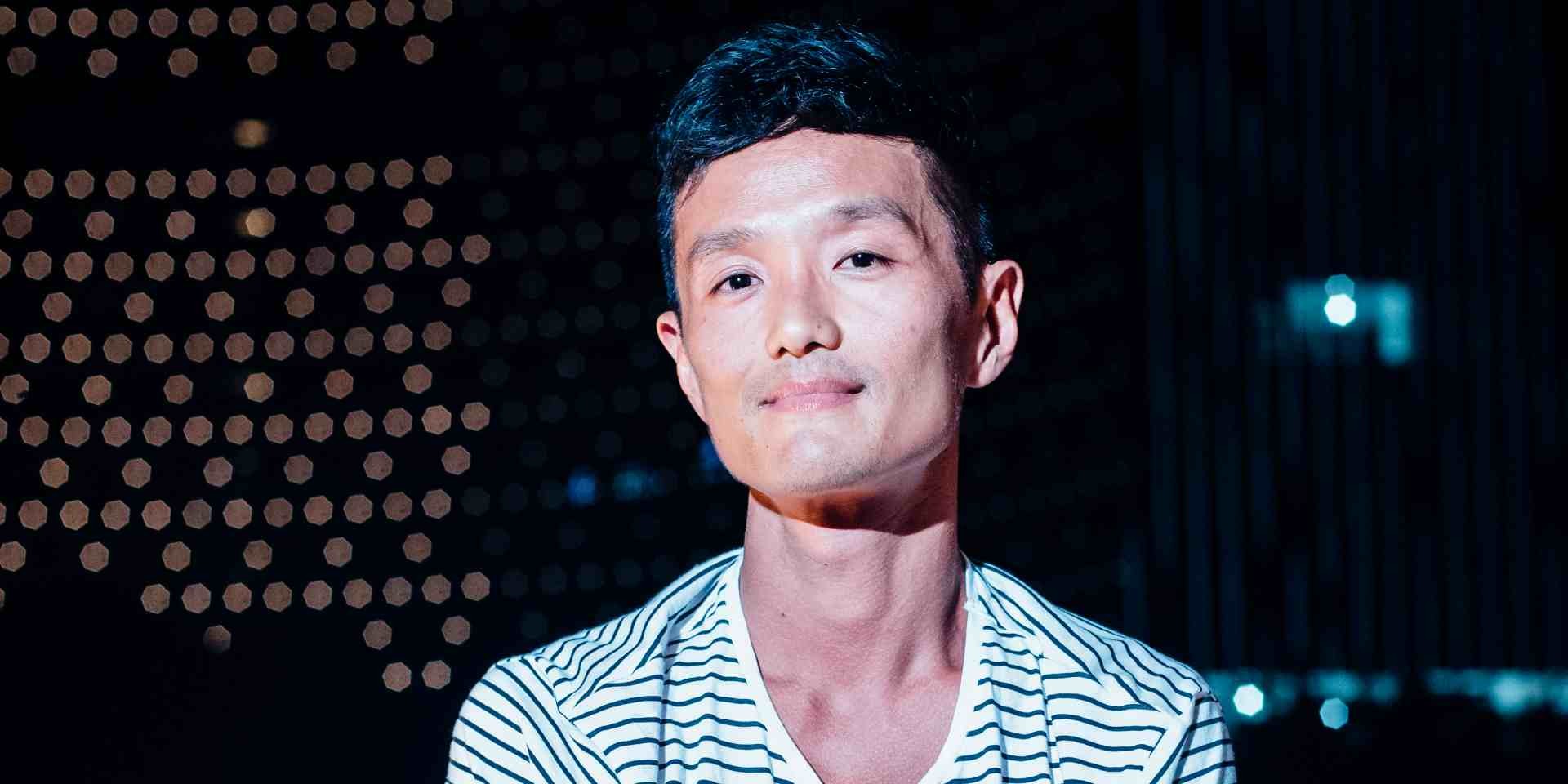 They say that necessity is the mother of invention. In this regard, the underground of Made In Singapore music has shown a spectacular, almost militant resilience over the years. History is proof, that, most of the time, the powers that be have been amongst the most formidable obstacles standing in the way of events hosted by trail-blasting DIY movements. But it appears, that, in some respects, the government’s stance is softening. Last weekend, we received the most expansive and tangibly impressive demonstration of that with the comeback of BREW, the famed party series by the Darker Than Wax crew.

Where it used to hold court at the Chye Seng Huat Hardware compound, the BREW Block Party edition unfolded along the streets of Jalan Besar. Planting its flag on the site, Darker Than Wax brought out the heavy-hitters in its stable including co-pilot FUNK BAST*RD, RAH, William J, Daryl Knows, ERI and Belgian special guest UNOS, while Papa Palheta furnished the treats and drinks. Under the auspices of the Urban Redevelopment Authority’s (URA) Streets for People campaign, which supported the event, BREW marked its biggest and most memorable iteration yet.

In the interview below, FUNK BAST*RD sheds some light on how it all came to be.

BREW is back! How does it feel to have the party make a comeback?

I am extremely happy that this party series is back! Personally, it touches me on a deeper level because BREW brings so many different demographics together in one space, breaking down preconceived notions and perceptions.

What was different this time around?

We closed off a section of Tyrwhitt road (facing Chye Seng Huat Hardware), and turned it into a proper block party with diverse music, food, drinks and a visual projection showcasing the rich heritage of Jalan Besar and its architecture. Also, we had UNOS, an up-and-coming Darker Than Wax selector from Belgium who joined us on the decks! 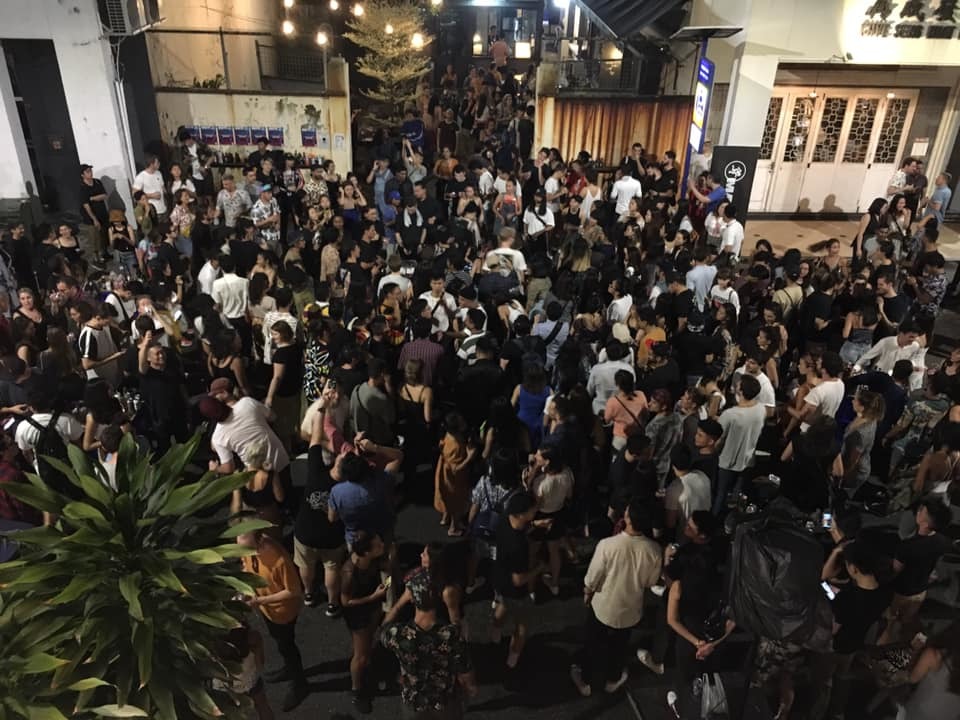 It’s known that you worked with URA on bringing the party back. Can you take us through how that happened?

URA has a program called ‘STREETS FOR PEOPLE’ which essentially encourages stakeholders of a specific area to activate spaces. It was a completely random thought that came to my mind, so I told myself, "Why not", drafted an email, presented my ideas without any expectations, and they actually wrote back! The rest is history. [laughs]

Could you please elaborate on your experience of working with a government body on a Darker Than Wax event?

Contrary to public perception of the government as the "other" world, I think, it's really about making an effort to create a dialogue with reasoning and clarity. If you know how to utilise jargon and terms that are relatable to them, you would be surprised how supportive they are actually. I have dealt with a lot of government bodies in my design line of work, and, yes, sometimes it can be rather frustrating, but with this specific case, it was a great learning process for me, personally.

What was one important takeaway from that experience?

You are always a prisoner of your own perceptions until you actually take a dive and surprise yourself. 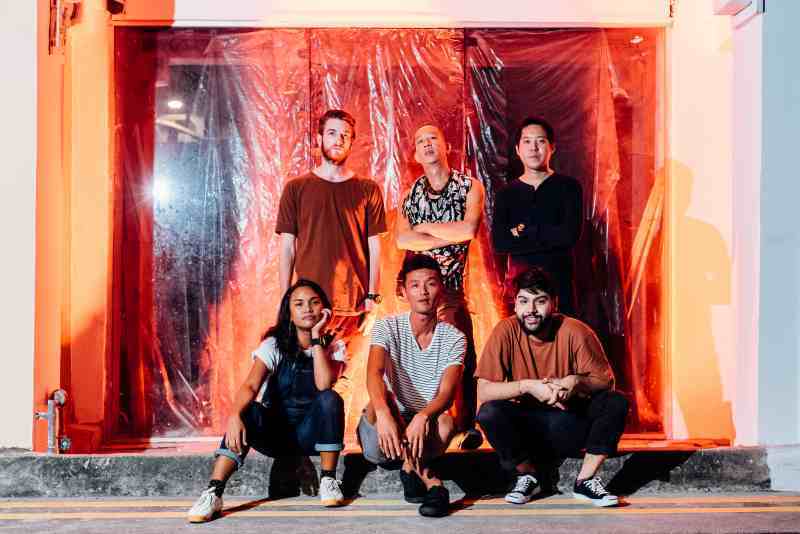 How do you think the government can play a meaningful role in community-driven events such as BREW?

I think that with time and a space for more meaningful dialogue to take place, it will lay the groundwork for more activations to occur, and the government can definitely aid more with its vast resources. I do hope that this BREW street activation serves as an example or a hint of what’s possible!

And what else is on the horizon for DTW and yourself?

There’s quite a bit on the plate, right now, with our new vinyl distribution with !K7, regional shows and international things. The label has its own life now, and its quite amazing to see that, given how much blood, sweat and tears I have personally invested in it for the past nine years. For me, right now, I am feeling rather introspective lately, and will take whatever chance I have to cut out the noise and take care of my own well-being.

Lastly, being in the game for as long as you have, what would you say are the three major ingredients a party must have for it to be truly special?

Be real, be open-minded and express your inner self.