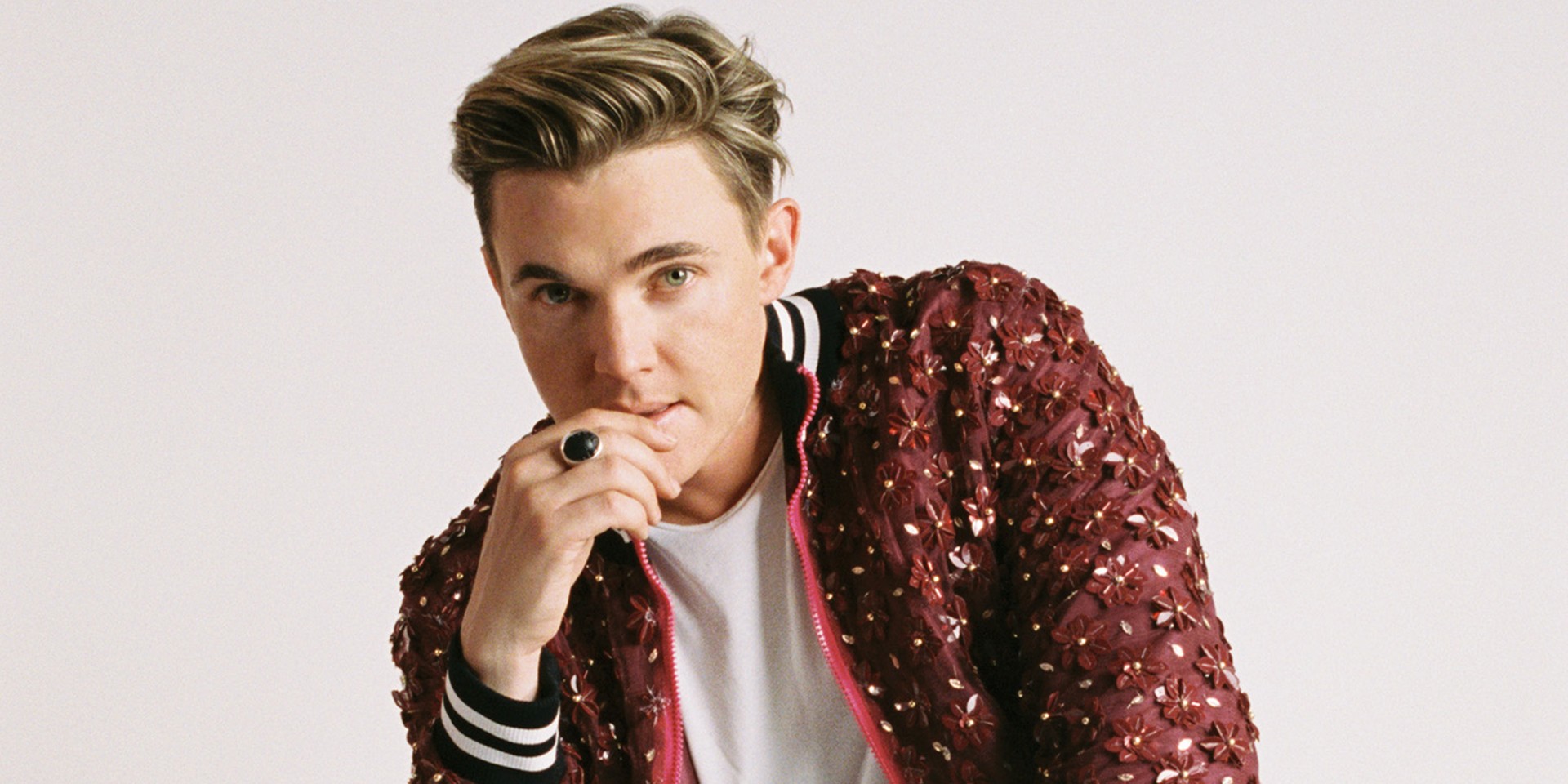 Jesse McCartney's debut in Singapore was one to remember, as the 2000's popstar and teen heartthrob recaptured the hearts of his adoring fans, some twenty years after first joining the music industry.

Over the years, McCartney grew to become one of the era's biggest stars, with hits such as 'Beautiful Soul', 'Leavin' and more. After taking a four-year hiatus, McCartney returned to music last year with the release of 'Better With You' and 'Wasted'.

Now, he's gearing up to take over the music scene once again as he works on his upcoming album.

Bandwagon sat down with Jesse McCartney to talk about his longevity in the music industry, 'Beautiful Soul', 'Bleeding Love', new music and more. Check out the interview below.

You’ve been a part of the industry for 20 years now. Looking back at how the industry has changed over the last 20 years, how hard, or easy, is it to become a musician now?

You could make the argument for both. I think the biggest change in the course of those 20 years, for me, is the fall of album sales and the rise of streaming. That paradigm is still changing and I think it's finally kind of settling. Even three to four years ago when Spotify was still getting its feet on the ground, people didn't know where to find music, artists didn't know where to put their music. I got to see the tail end of the golden years of selling music.

As an artist, I had to find new ways to sell my music and sell myself to make a living. That to me was the hardest change. I think what's made it easier for artists now is the presence of social media in general. Now, young artists have with the touch of their thumbs and very little money, the chance to market themselves in a meaningful way and if they have the talent to match, can be discovered because they can broadcast to everyone around the world. In many ways, that's made it easier for young artists. We've seen it time and time again, with people like Justin Bieber, that have been discovered from putting YouTube videos out.

The thing that makes it hard for independent artists right now is that unless you can tour all the time, it's hard to make a real living. The legislation, when it comes to streaming, hasn't necessarily caught up yet with what to do and how to compensate musicians fairly. I think they're trying, but it's not quite where it needs to be.

It’s been 16 years since the release of ‘Beautiful Soul’. Back then, there weren’t streaming platforms and social media, but the song was everywhere. What was it like for you to have that song go viral like that?

It was incredible. To answer your quest, I think 'Beautiful Soul' was a phenomenon for so many reasons. It really elevated and projected my career into this place where I can still make music, and it put me on the map but as far as marketing, I think it could've been bigger if it was for the presence of social media.

You also wrote ‘Bleeding Love’, with Ryan Tedder, but eventually gave the song to Leona Lewis. Was that a song that you had written for yourself, or was it written with her in mind?

It was written for myself, yes. I was in the studio with Ryan, we had done a few songs and they were all just okay but we were hoping to get one really great song. We were in Los Angeles one day, and it was raining, and unlike Asia, when it rains in Los Angeles, it's like an apocalypse. Everyone doesn't know what to do, they don't go in to work. We were talking on the phone and we were like "Let's not be L.A. people. Let's have our writing session and see what happens," and that turned out to be the day we wrote 'Bleeding Love'. It's crazy to think that we almost didn't have the session because we were lazy.

It was a crazy day, everything just aligned. We walked into the studio, and he pulled up this simple B3 organ sound with big timpani drums. The track actually hasn't changed much from the time we had written it to the time Leona recorded it. It was originally supposed to be for my album. Funny enough, the label didn't like the song. A lot of people at the record company said it wasn't a good track for me, so we kind of just put it aside.

A year later, Ryan called me and said "I just got off the phone with Simon Cowell. They have this new artist named Leona Lewis. She just won The X Factor in the U.K. Do you mind if we let her use 'Bleeding Love?' I was just pumped that I was going to publish a song as a writer for a new up-and-coming artist, but we had no idea that it was going to become the song that it became. We were all pleasantly surprised.

You’ve also had a prolific career in voice acting, with roles in Alvin and The Chipmunks, Teen Titans and Kingdom Hearts over the years. Growing up in the spotlight, you’ve been exposed to the pressures of both acting and singing since you were young. What would you say is the most difficult hurdle you had to overcome?

I think just personal sacrifice. When I started I was very young, and I had to let go of American traditions that we had growing up in the U.S. Stuff like homecoming dances, proms, spring break. All of that was set aside for this career that was now the centre of my life. It was a small price to pay for what I gained, which was an unbelievable career that has just kept rewarding me over the years.

I had some personal relationship sacrifices that I had to make. There were some relationships that soured unintentionally just because of the demands of my schedule. It just takes a toll on relationships and friendships. I don't have any regrets, but I certainly think that if I could go back, I'd try to nurse those relationships a little bit.

Last year, you announced a new album. What’s the progress on that? Is there anything you can tell us about the record?

I've been in the studio for the last two months, and I've written a few songs that I think are really great. I don't know if I'm going to call it an album or an EP just yet, but I'm leaning a little more towards an album. I don't have a release date yet, but I'm hoping to get it done before the end of the year, and have it our early next year. The only thing that's been stopping me is the touring schedule, which is a really great problem to have. I'm also a perfectionist, so that doesn't help either.

How does it feel to be able to perform in Asia, to such a strong following, so far into your career?

That to me, is the most exciting thing about my career. I've been doing this for 20 years, and I'm still experiencing firsts. It's really hard to not get jaded by the industry, so it's great that I still have things like these to be grateful for. I've made it a point to stop and smell the roses whenever I feel like I'm getting complacent, and it's days like these, when I'm able to play for new fans in Singapore, that makes everything worth it.