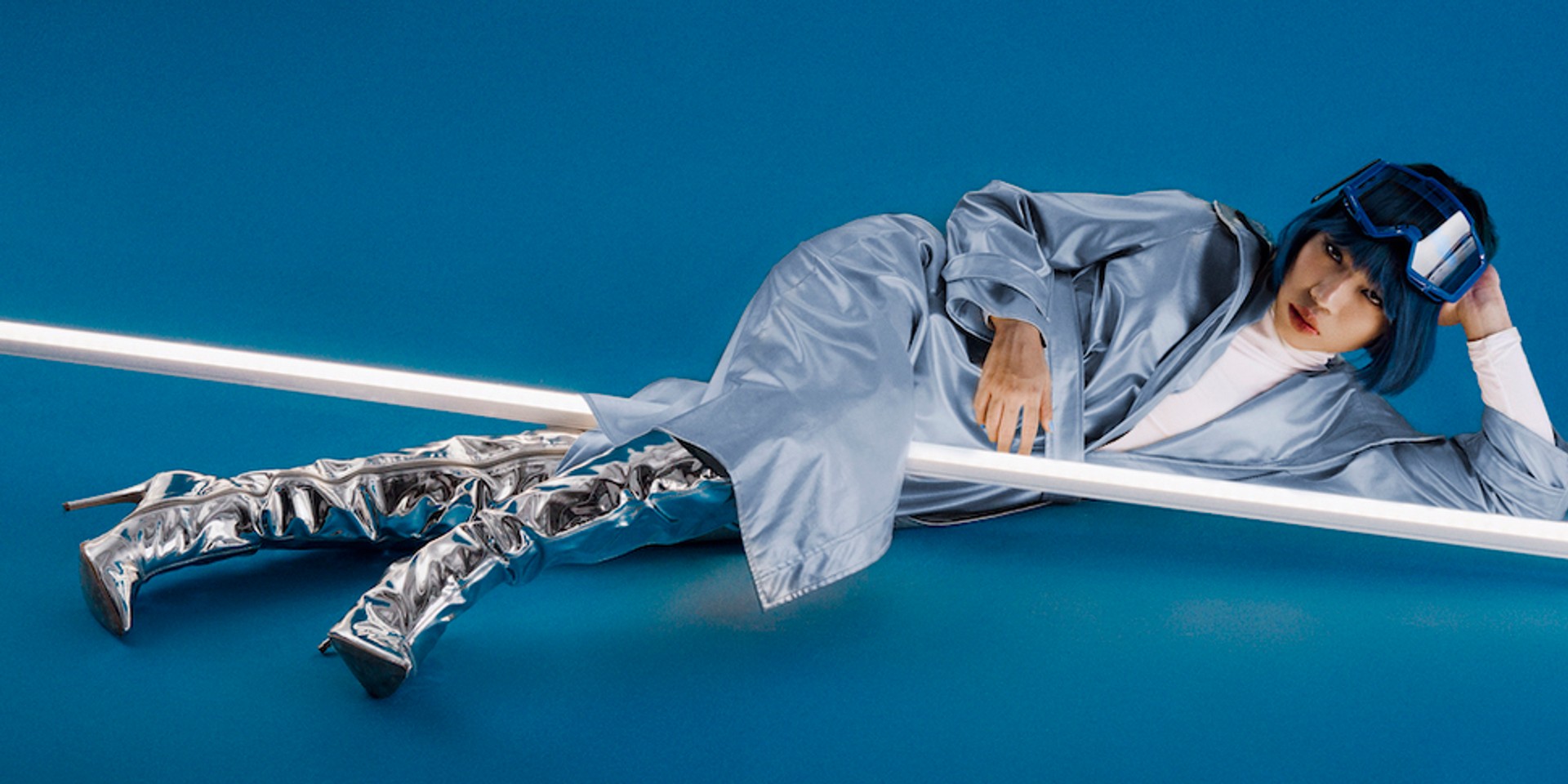 "I'm not a rapper" – Ramengvrl is making it clear that she isn't tied to any single genre. Despite releasing hip-hop banger after banger, the Indonesian musician is leaving the door open for experimentation. But her music isn't all she's known for; she's also the voice of the voiceless, often using her platform to talk about serious issues such as equality and Asian representation.

Bandwagon sat down with the musician to talk about her take on hip-hop, women in music, Asian representation and more. Check out the interview below.

How did you get your start in music?

I was super stressed out in college in 2013 with my thesis, so, to unwind, I made a couple of songs and put them up on SoundCloud, just for fun and they did pretty well. A label approached me to hang with them for a day, just to talk. So I met them and we got along great. They weren't pushing me to sign with them, or anything like that but I eventually made 'I'm da Man' and the rest is history.

You’ve stated that you’re not a fan of traditional hip-hop, and that Kanye West is a big influence. Who else has impacted your sound?

Well, yeah, but I need to clear this up because I don't want people to get the wrong idea. It's not that I don't respect people like JAY-Z and Eminem and whatnot, I just don't resonate with them. I can't relate to them. Because for me, for my life, it's not about cars and money, and bitches, and gang life. I'm more about emotions, and the first person to really talk about the emotional stuff, for me, was Kanye.

People can debate me on this, but it wasn't College Dropout Kanye, it's the My Beautiful Dark Twisted Fantasy Kanye. When I first listened to that, I was like "yo, rap can actually be a legit form of art. It can be about so many things. Yeah it can be 36 bars of talking about the streets and all that, but it can also talk about your relationships, your feelings, your depression."

You relate more to current artists than the older generation of musicians. Could you expand on that?

I won't say I'm a big fan of emo rap. But some people, especially the advocates of traditional hip-hop, always say emo rappers and mumble rappers aren't really hip-hop and they're not saying anything of substance. While I'm not a fan of emo rap, I'm not discrediting them either. When you see it from my perspective, I never say that I am a rapper. In my interviews, I never say that. A lot of people ask me what I'd liked to be labeled as, and I usually say they can call me whatever they want, because that's what they think of me, not what I think of myself.

To me, I just make music, that's it. I don't want to be secluded or limited to just one genre. If I want to make a more melodic song, I'll do it, and you can't complain about it because I never said I was a rapper. From that perspective, I also respect the emo rappers who are able to talk about their emotions. I respect them because they don't limit themselves to being just rappers.

You’re using your platform to challenge conservatism and standing up for women in the music scene. Have you seen any changes since you began music?

I will say that it was never my goal to make an impact and try to change the world. I won't say I'm a feminist, but I won't say I'm not a feminist either. I feel like to call yourself a feminist, there should be significant things you have done in your life to push that agenda. I feel like I haven't done anything of that sort in my life so far. But through my songs, I've begun to realise that more and more people have started coming up to me in real life, or through social media, and they thank me for doing what I'm doing and giving them the courage to do what they want to do, and be who they want to be.

I feel like, in Indonesia, there hasn't been a public figure in the hip-hop community that represents this female voice, let alone the voice of the LGBTQ community. For them to thank me, I feel I have already made an impact, albeit small. There's a movement now where I see a lot more females getting experimental with the music they make. I've seen a rise of female rappers in Indonesia, and I'm not saying it's because of me, but a lot of them have reached out to me and said they look up to me. These are some of the positive changes I've seen happen.

People aren't really paying attention to the female rappers in Indonesia because a large portion of people think we're just viral sensations and we'll eventually fade away. If you ask anyone on the street if they know any local female rappers, they won't be able to name anyone.

It's weird because when it comes to female artists, people don't talk about the music and what message we're trying to get across through our songs. What they do talk about is our physiques and looks and the melody of the song. They don't actually pay attention to what I'm saying in 'Ca$hmere' or 'I'm da Man'; it may be because of the language because it's not ladylike and shit.

In 'I Am Me' you tackle some of these issues, addressing other peoples' concerns about the way you carry yourself. How do you deal with that?

I basically don't care. I've always been carefree about those things, but sometimes it does get to me in the sense that, all these females in Indonesia, people expect certain things from them. They have to get married, they need to have kids, take care of the house, and all that bullshit. I've always been the type of person that won't do something if I don't want to do it, or if I don't feel like it. I've always been a vocal person.

A lot of netizens ask me why I feel the need to use profanity when in reality, it's somehow okay for my male counterparts to do it. What's that about? How I deal with it, is I usually troll them or I just make a song about it. I feel like if there's negativity coming at me, if I respond with the same kind of negative energy, it will never end. If I make a song out of it, there's benefit for me because I get to cash in on those royalties but also, people will listen to it and let it register a bit more.

What are your thoughts on Asian rap? Do you think it represents the future of hip-hop? Do you think crossing the language barrier is even necessary in 2019?

I feel like it is the future in hip-hop. It may not take over the Western scene but I will say that the attention that we give Western rappers, will now be split between the Western and the Asians. It doesn't mean that there are more Asian rappers than before, it's just our time. It's not only in hip-hop. I think Asians worldwide, are finally getting noticed and represented in everything they do. Even with the economy, everyone's looking to Asia.

If you're talking about the language barrier, it's weird because in Indonesia, musicians who aim to go international solely perform in English. But in other Asian countries, like with Higher Brothers, they rap in Chinese. In Singapore with Fariz Jabba and Yung Raja, they rap in Malay and Tamil respectively, and they interlace it with English. Hullera, from Malaysia, who I collaborated with for my mixtape, raps in Malay a lot. I feel like besides just pushing your songs out to the world, you're also pushing your own culture. That's what I would like to do in the future. In Indonesia, people still have a postcolonial kind of mentality so if we made music and put in some of our language in it, it's kinda ghetto, and not in a good way.

Regional rappers are starting to rap about the same things as American ones, but no one here actually lives that lifestyle. What are your thoughts on this?

Everyone has the freedom to do whatever the fuck they want to do but I feel like they should rap about what's true to them, what they actually feel and so on. I think that's when people will firstly begin to relate to you, and that's also when they'll know if you have the skills or not.

Anyone can rap about guns and cars but if they can't rap about other things, important things, then they're just a mumble rapper who is probably only doing this for the clout and wants to become viral. When you're a real one, you can make music about anything, then you know you're made for this. It also has to do with what I said earlier about postcolonial mindsets, what's considered cool in the West, is now considered cool here, and we want to be cool, just like them.

I have a new mixtape, called no bethany out now. I think around summer, I'll release an album, my first. I haven't locked a lot of stuff down, but hopefully it will include features from the United States as well.