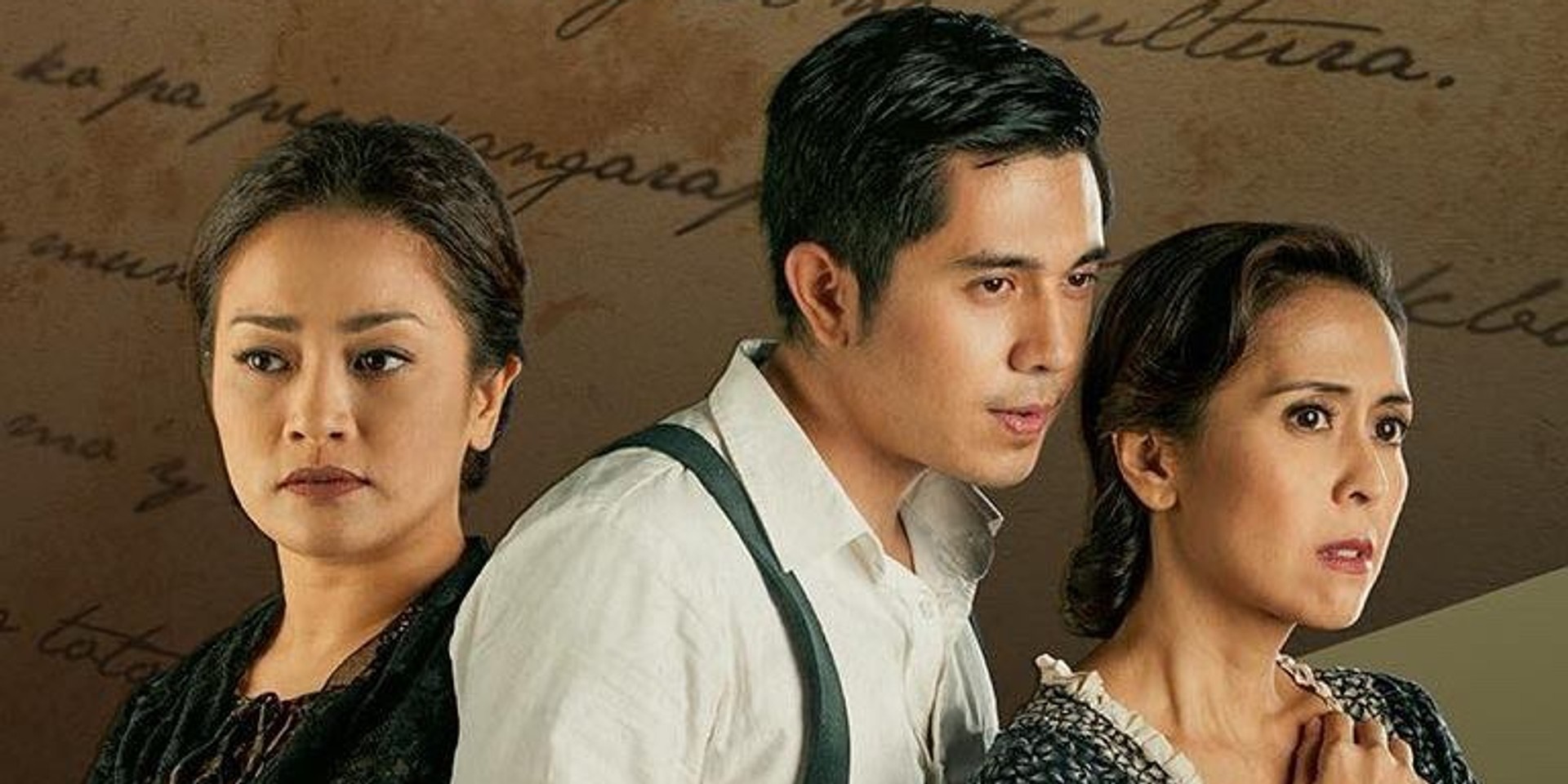 Rachel Alejandro and Joanna Ampil star in Ang Larawan, the film adaptation of the 1997 stage play, Larawan, The Musical, which was based on National Artist for Literature Nick Joaquin's A Portrait of the Artist as Filipino, a literary play some Filipinos may remember from Philippine literature class in university.

Directed by award-winning filmmaker Loy Arcenas, the musical film made its debut last month at the Tokyo International Film Festival. The film will make its premiere in the Philippines on Christmas Day (December 25, 2017) at this year's Metro Manila Film Festival - joining Paul Soriano's Siargao.

The story takes place before World War II and follows the struggles of the Marasigan sisters (played by Alejandro and Ampil) who take in a boarder (Avelino) to augment the family income. Various individuals, from their siblings to a senator and even the media, pressure the sisters to sell their artist father's painting of himself, a gift he has given to his daughters. Just like the original play, the film touches on how the nation sees the value of family, art and identity.

The soundtrack includes tracks sung by the cast, along with pop versions performed by the likes of Yeng Constantino ('Kay Sarap Ng Buhay Nung Araw') and Ebe Dancel ('Kahapon, Ngayon at Bukas' with Rachel Alejandro).

Ang Larawan will make its Philippine premiere at the Metro Manila Film Festival 2017 on December 25.

For more on the film, check out their official website.