The *SCAPE Invasion Tour has the humble mission to bring live music to secondary schools — itself a breeding ground of fresh talent, people who have the potential to do very good things with their art. Secondary schools is the last leap of traditional academia for most students before they begin choosing their desired path. With music-making becoming more accessible than ever, *SCAPE Invasion Tour has the advantage of time on their side.

In a list of 32 schools, most of them nominated by their students in an endearing campaign called #prettypleaseface, *SCAPE Invasion Tour will bring the party — complete with exciting local bands, an engaging emcee and fascinating sessions with established individuals from our music industry. While it may seem like the usual school hall assembly gone elaborate, *SCAPE Invasion Tour hopes to inspire students around Singapore to become confident in expressing themselves — especially through music. Making music isn’t the most desired path for many but with the reactions of the surprisingly perky students of Ang Mo Kio Secondary School (AMKSS), that may just soon change.

In the first destination of the *SCAPE Invasion Tour, AMKSS played host to a lineup that truly started out the Invasion just right with the angular dance rhythms of Stopgap and the shining vocal harmonies of The Sam Willows. Lead by the emcee of the afternoon, 987FM DJ Sonia, AMKSS was ready to get turned up and have fun…or else (not really). 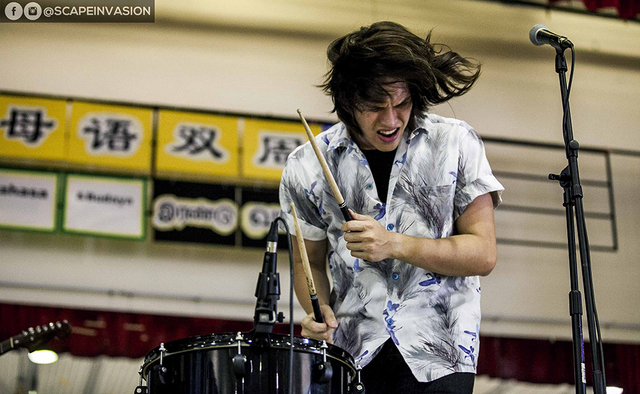 If you’ve been to any Stopgap show, you’ll know these boys know how to get the crowd moving. Their animated frontman Adin along with guitarist Calvin were the most comical — slipping in as many jokes as they could in-between songs. Their second guitarist Yew Jin, on the other hand, gave some words of encouragement to students who want to make music. 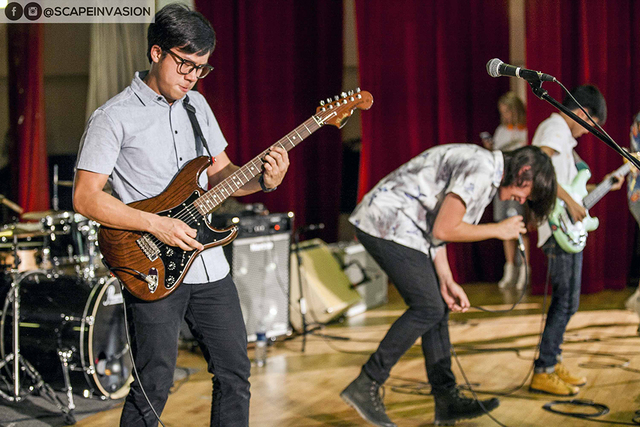 Their set was no slouch either, packing tonnes of energy into their three-song set. As the band is currently in the process of making their debut album (which will be launched at *SCAPE later this year), their set was a nice reminder that they’re truly one of the acts to look out for in 2015. While the students were hesitant at first, slowly groups of them began standing up and jumping — some of them even looked ready to start a moshpit. There’s nothing that puts a smile on our face more than students discovering the joys of moshing. 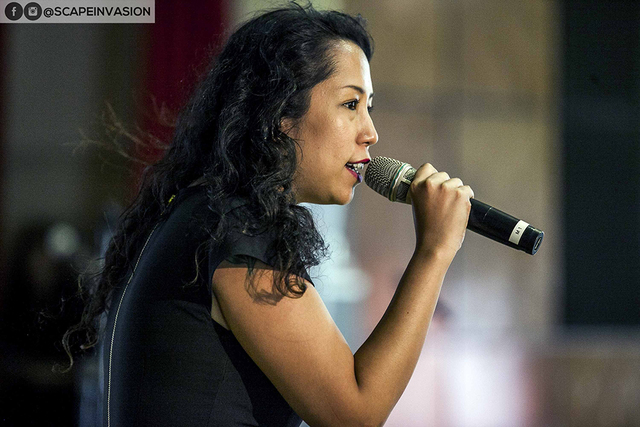 As a welcome respite before students get hyped up for The Sam Willows, Vanessa Fernandez did a short session talking about her journey in the industry. Starting out with writing songs in her teens, it was remarkable and inspiring to listen to her talk about what she’s done and how she’s gotten to where she is now. Being the Assistant Programme Director at 987FM, she’s accomplished so much — especially her solo project Vandetta (which we’re hoping to hear more music from, *HINT*). 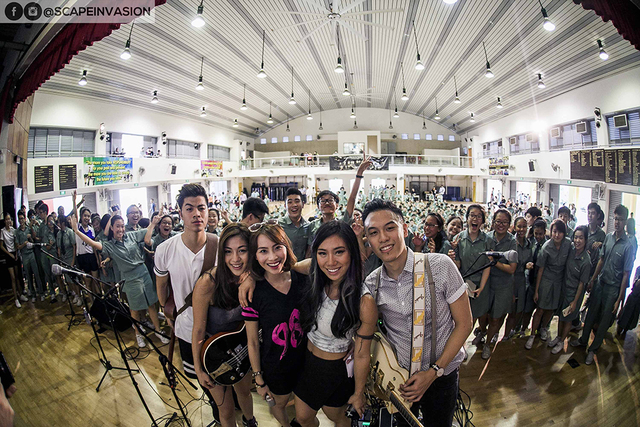 The group of four has clearly made a mark for themselves. The mere mention of them by DJ Sonia would emit screams and cheers from the audience instantly. Of course, when the band did come out on stage, it seemed as if many students were ready to run on stage for a quick selfie with the group — which some of them did, even when the band wasn’t done with their set. 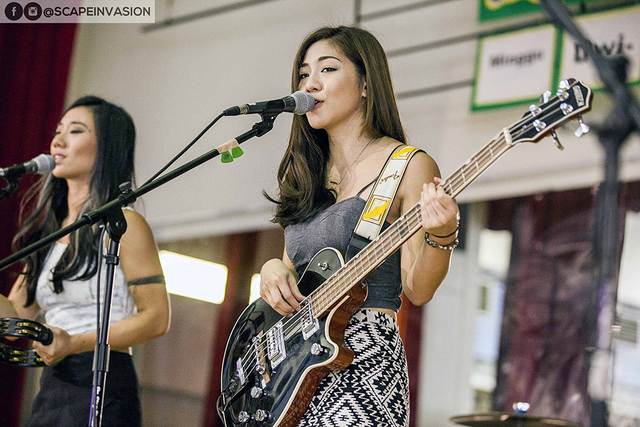 With the students already pumped up thanks to Stopgap and DJ Sonia, The Sam Willows clearly had the crowd of students in the palm of their hands. Their commanding and delightful presence had the students on their feet by the last song, the band’s signature hit ‘Glasshouse’. Of course, with an inviting last song, there were more selfies. Never underestimate the undying energy of Instagram users.

There was a meet-and-greet with both bands after the show. Determined to simmer down the palpable excitement of the students after the show, their principal delivered the line of the day in a stern and nonplussed voice: “Relax, it’s just photograph, relax”. We’ll use that on our diligently selfie-crazed friends now, thanks.

We also asked the students and teachers what they thought about the first *SCAPE Invasion Tour. 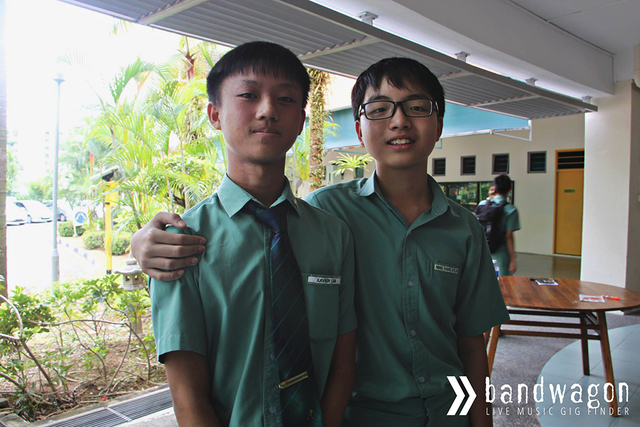 “Nice to see SCAPE in our school. I like to skate at SCAPE when I got the time.” Dylan, Sec 3. 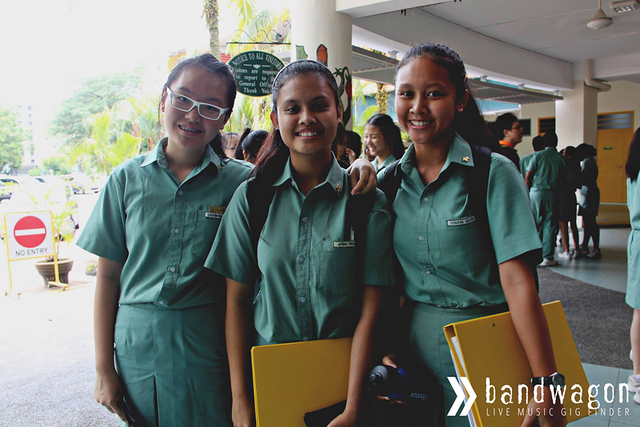 “This afternoon was really one of a kind!” Afrina, Sec 5

“It was totally fun and enjoyable!” Syasya Adlina, Sec 5 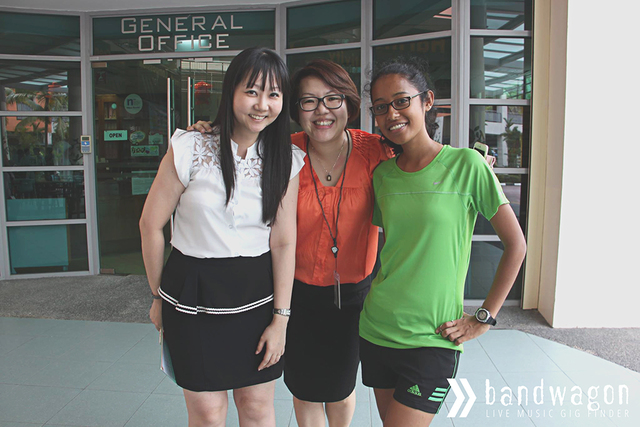 “My students had a very good time! It's a good opportunity to learn about local bands too.” Mdm Ng (centre).

“My class has a band as well so I feel this is a good platform to encourage them!” Trishna (right).