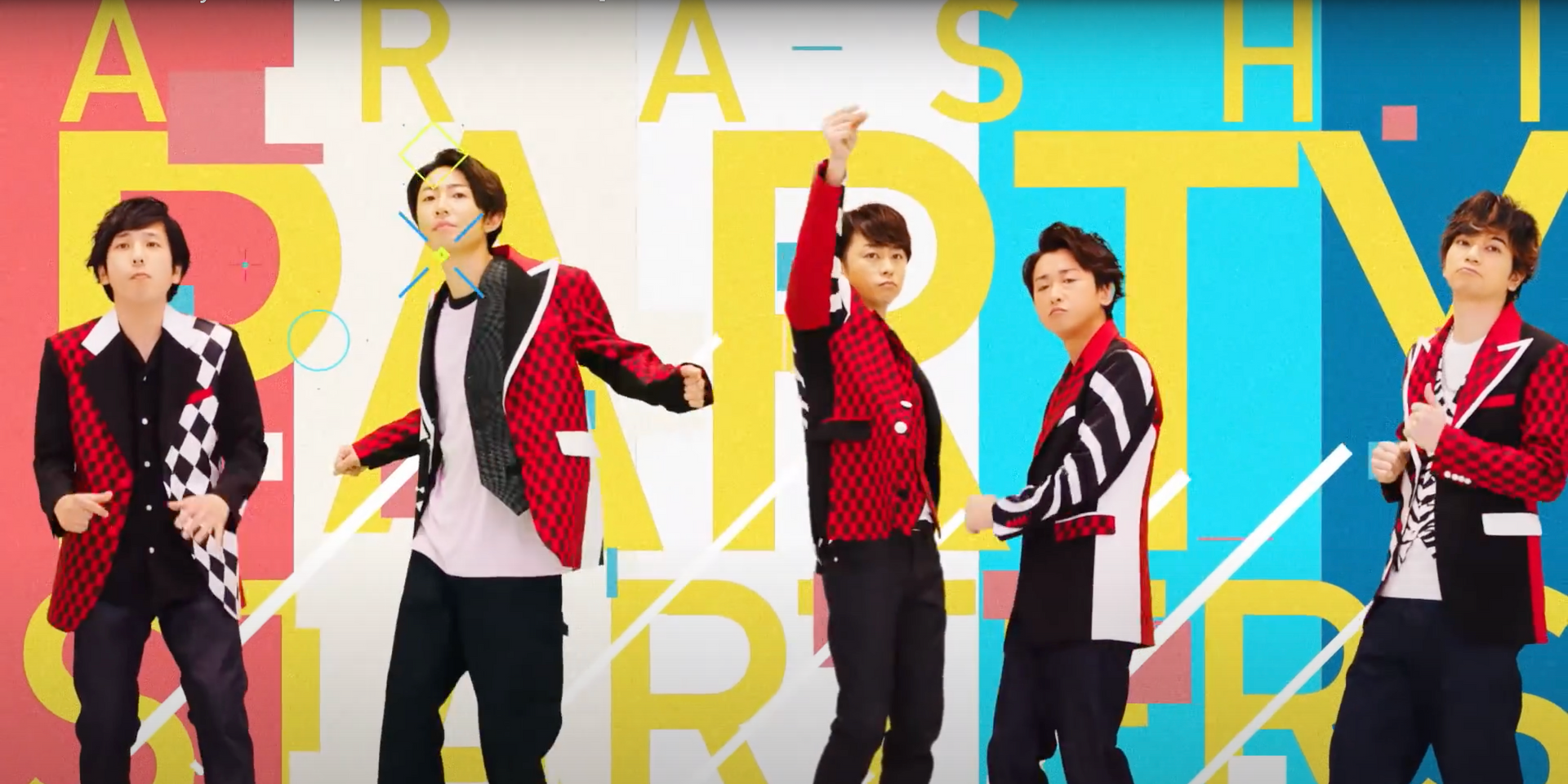 Get ready to party with ARASHI.

On Friday (10/30), the Japanese boyband released their latest single 'Party Starters' via J Storm Inc. The new track was produced by Sam Hollander and Grant Michaels.

J-pop group ARASHI are one of the bestselling J-Pop groups in history. They made their explosive debut in 1999 and more recently released their collaborative single 'Whenever You Call' with Bruno Mars. They will be going on an indefinite hiatus after December 31, 2020.

Earlier this year, ARASHI premiered their documentary Diary Voyage to take fans through their final year together.