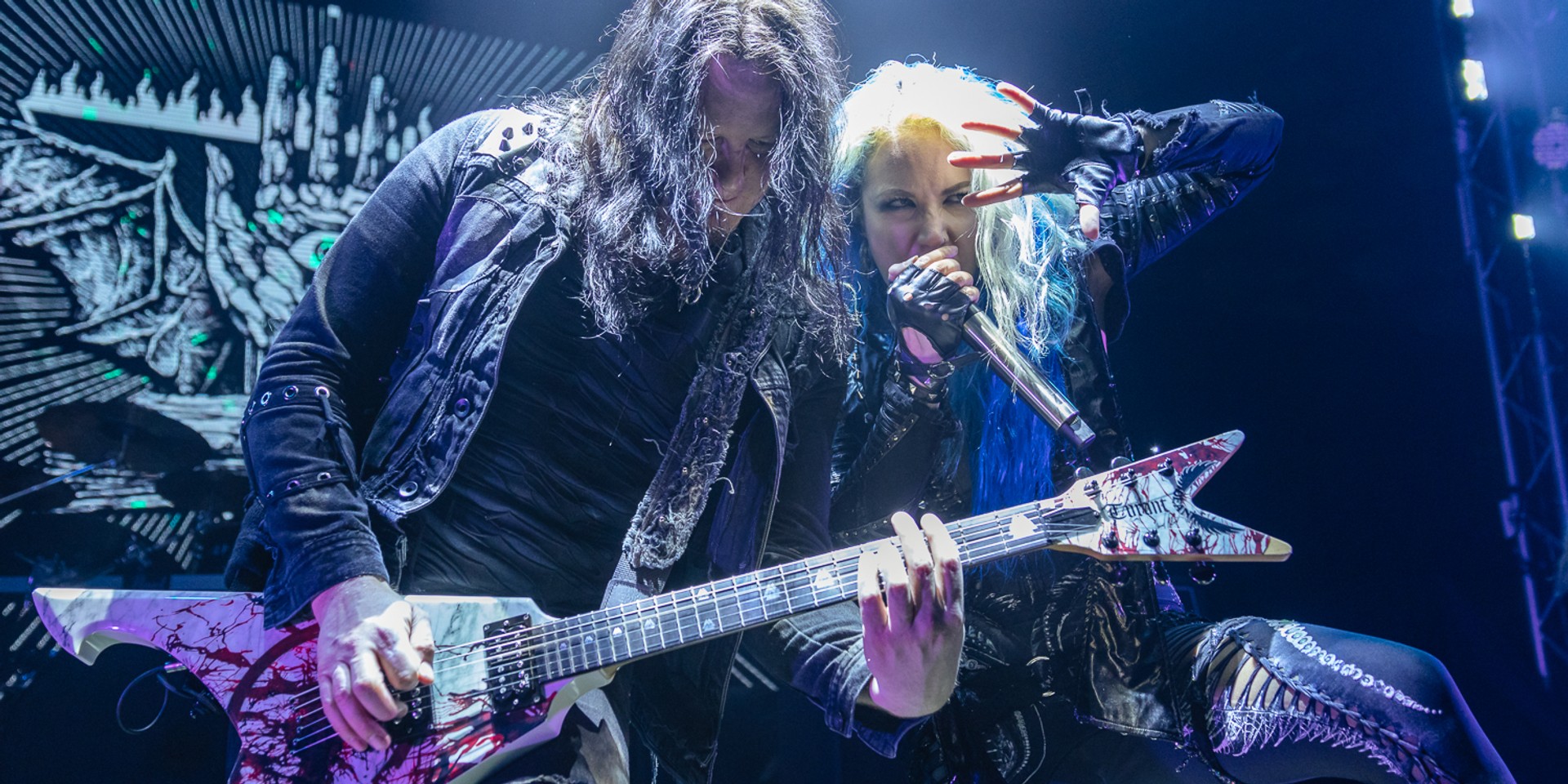 Arch Enemy returned to Singapore on Good Friday, 30 March 2018, their first time back after six years away. The Swedish melodic death metal band  performed to a sold out crowd and it was well worth the wait.

Arch Enemy last performed in Singapore in 2012 at the Diablo Open Air festival with then-vocalist Angela Gossow. In 2014, Gossow departed the band to spend more time with her family, as well as pursue other interests. She chose Alissa White-Gluz to take over her role as vocalist. Gossow has continued to maintain her duties as the band's business manager. Later that year, guitarist Jeff Loomis (formerly of Nevermore) joined the band to fill the spot that had opened up when Nick Cordle left the band halfway through a European tour. 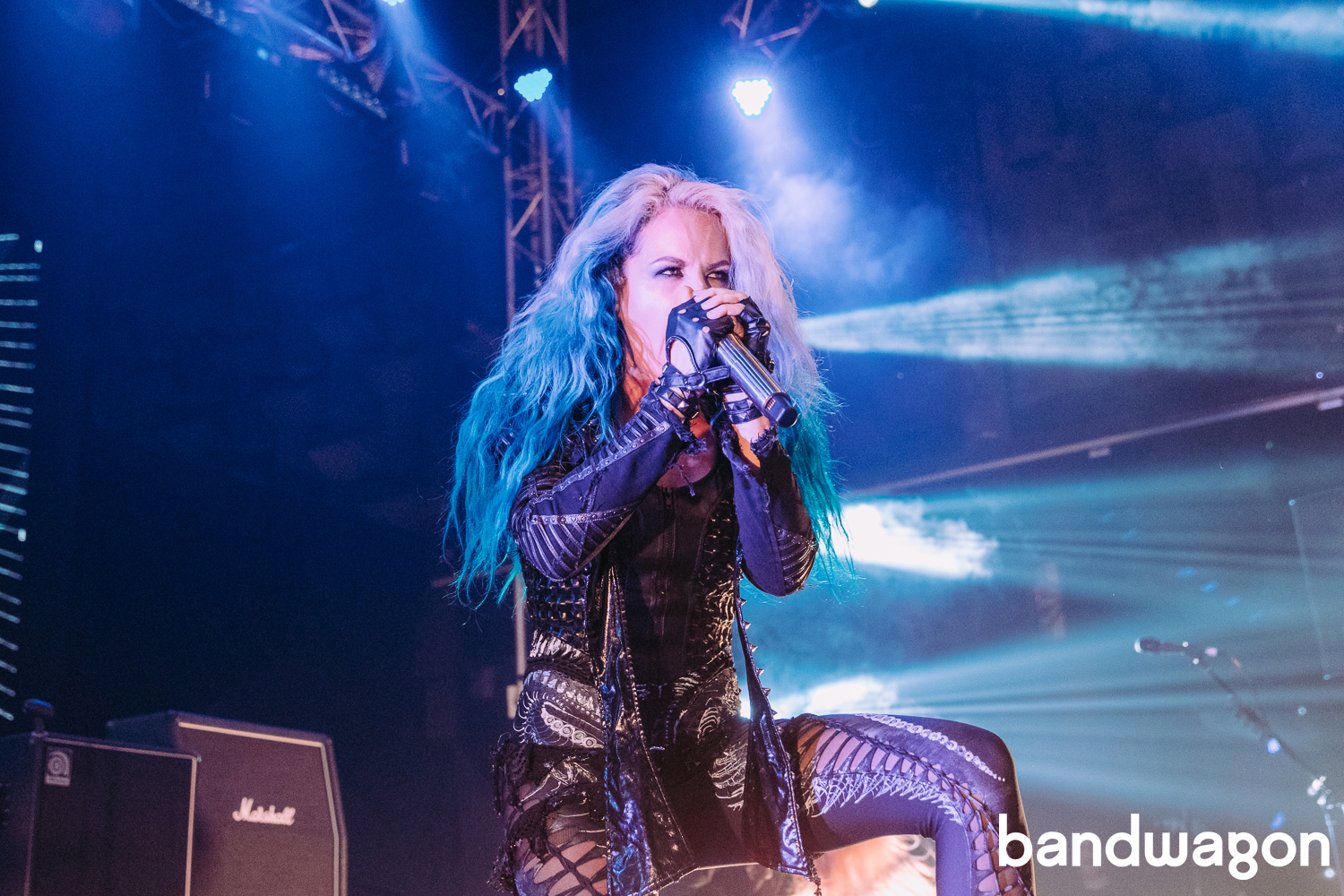 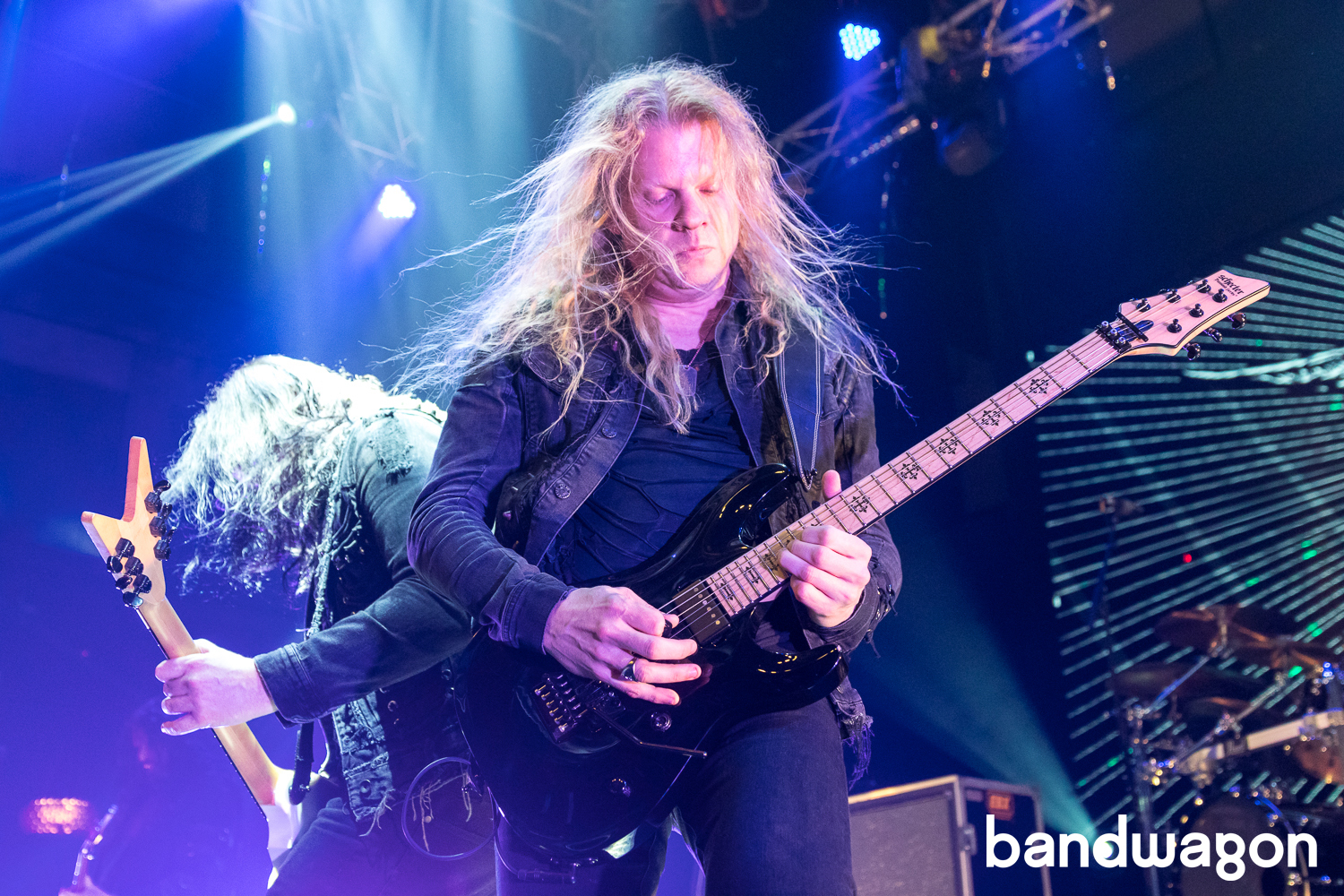 Good Friday was Singapore's first time catching Arch Enemy perform with White-Gluz and Loomis and the two gave Singapore everything they had. Long before the band took the stage at the Violet Vault Club, fans were filling out the floor, with a large number carrying merchandise that they had purchased from Arch Enemy's street team. The sold out show in Singapore was the band's only Southeast Asian date of the tour, with the band taking off for China the day after.

The crowd were in high spirits as classic metal anthems like Iron Maiden's 'The Trooper', Motörhead's 'Ace Of Spades' and Judas Priest's 'Painkiller' played over the PA before the band took the stage. The raucous crowd even cleared the floor to make way for a fan in a wheelchair, cheering him on and drowning the venue in applause. 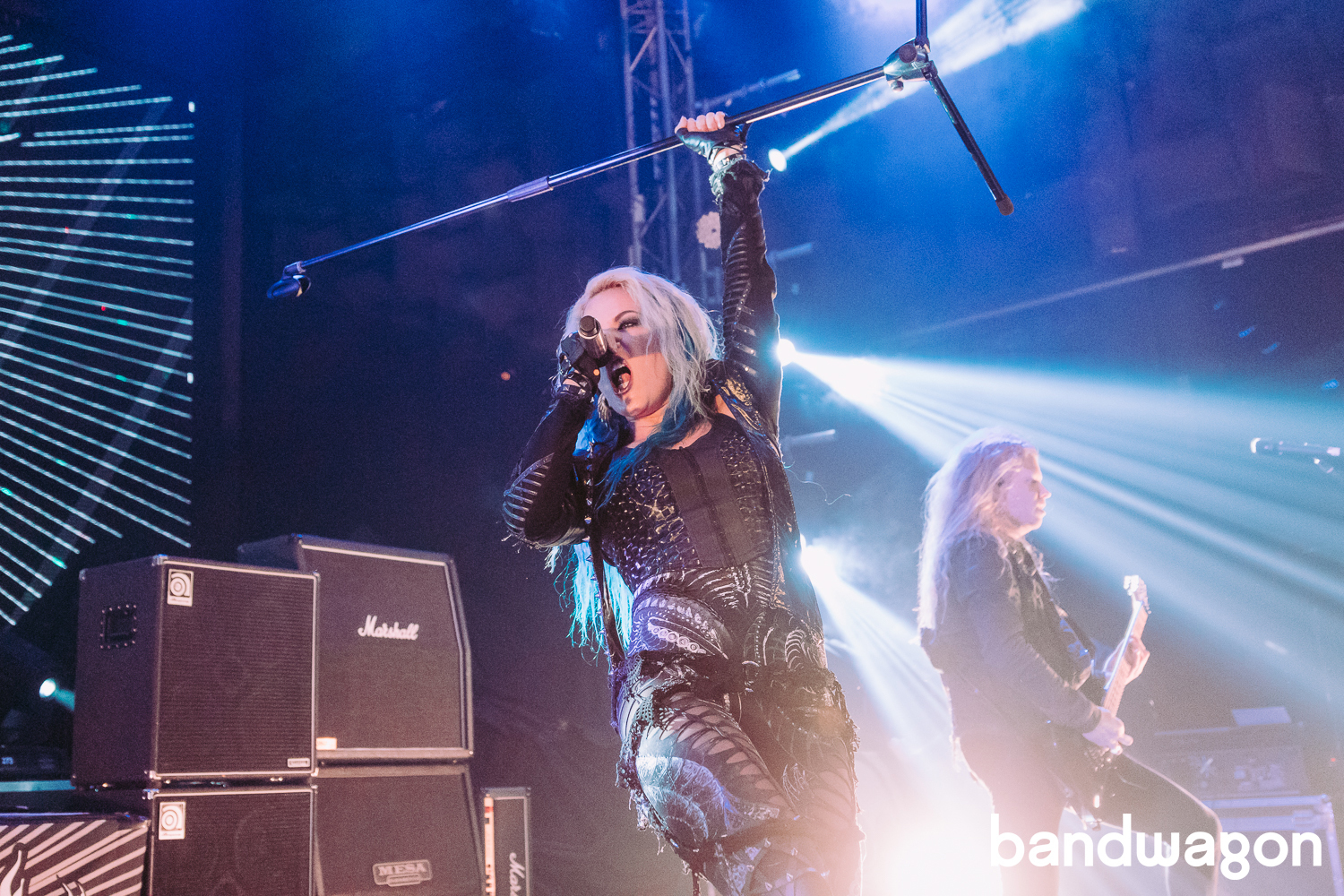 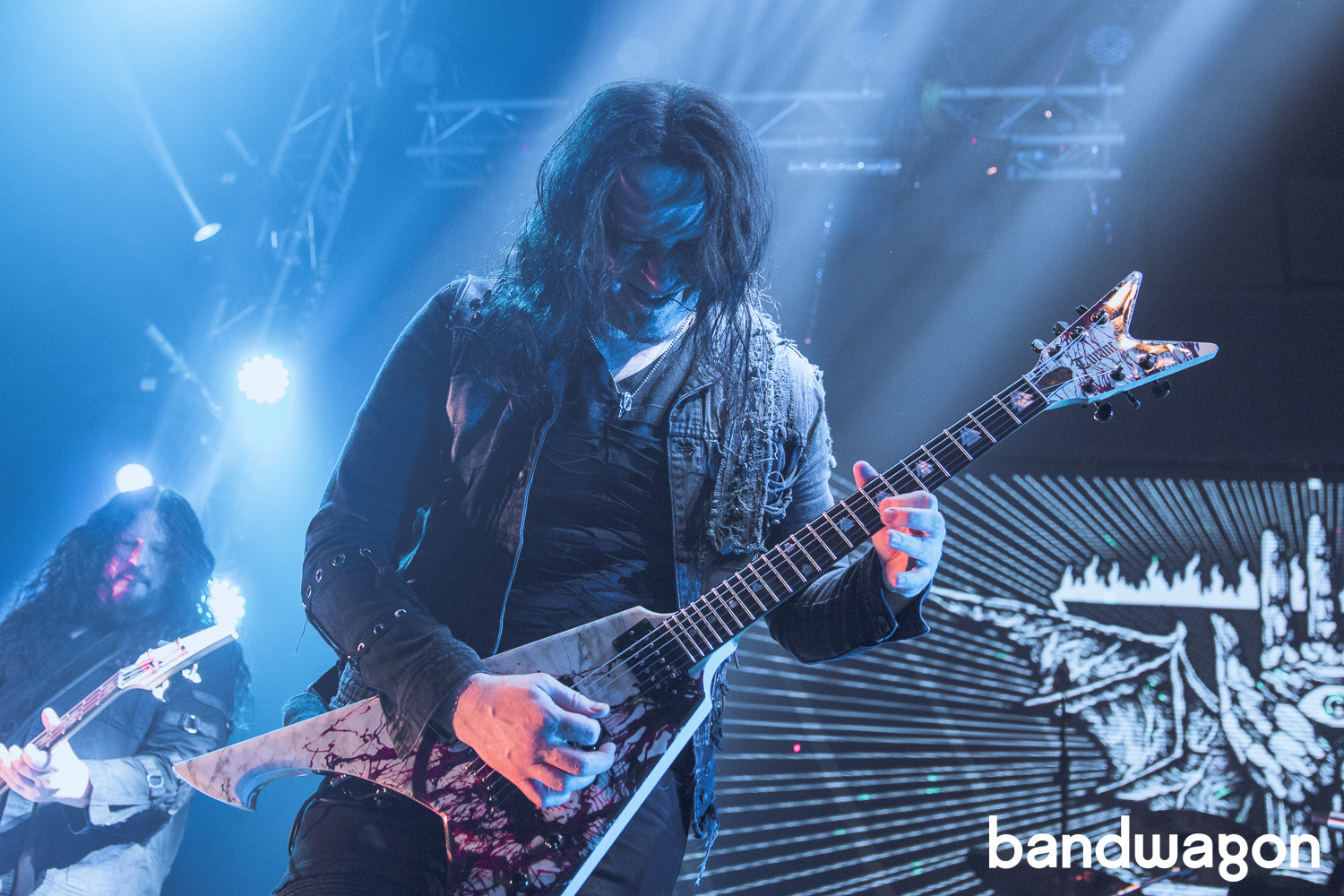 The lights dimmed at exactly 8pm and the band burst onstage with 'The World Is Yours', the lead single off the band's 2017 album Will To Power. The crowd lapped up everything the band threw at them, often drowning out the blistering riffs with cheers and roars of approval. The band blazed their way through four songs before front-woman White-Gluz engaged the crowd, telling them how gracious the country was being to her on her first trip to Singapore.

Arch Enemy went on to play hits like 'War Eternal', 'Bloodstained Cross' and more, giving fans a little bit of everything from the band's illustrious 23-year-long career. It was evident that on that night, Arch Enemy proved that they were a long way away from the end of their careers, as the band sounded better than they had in recent years. 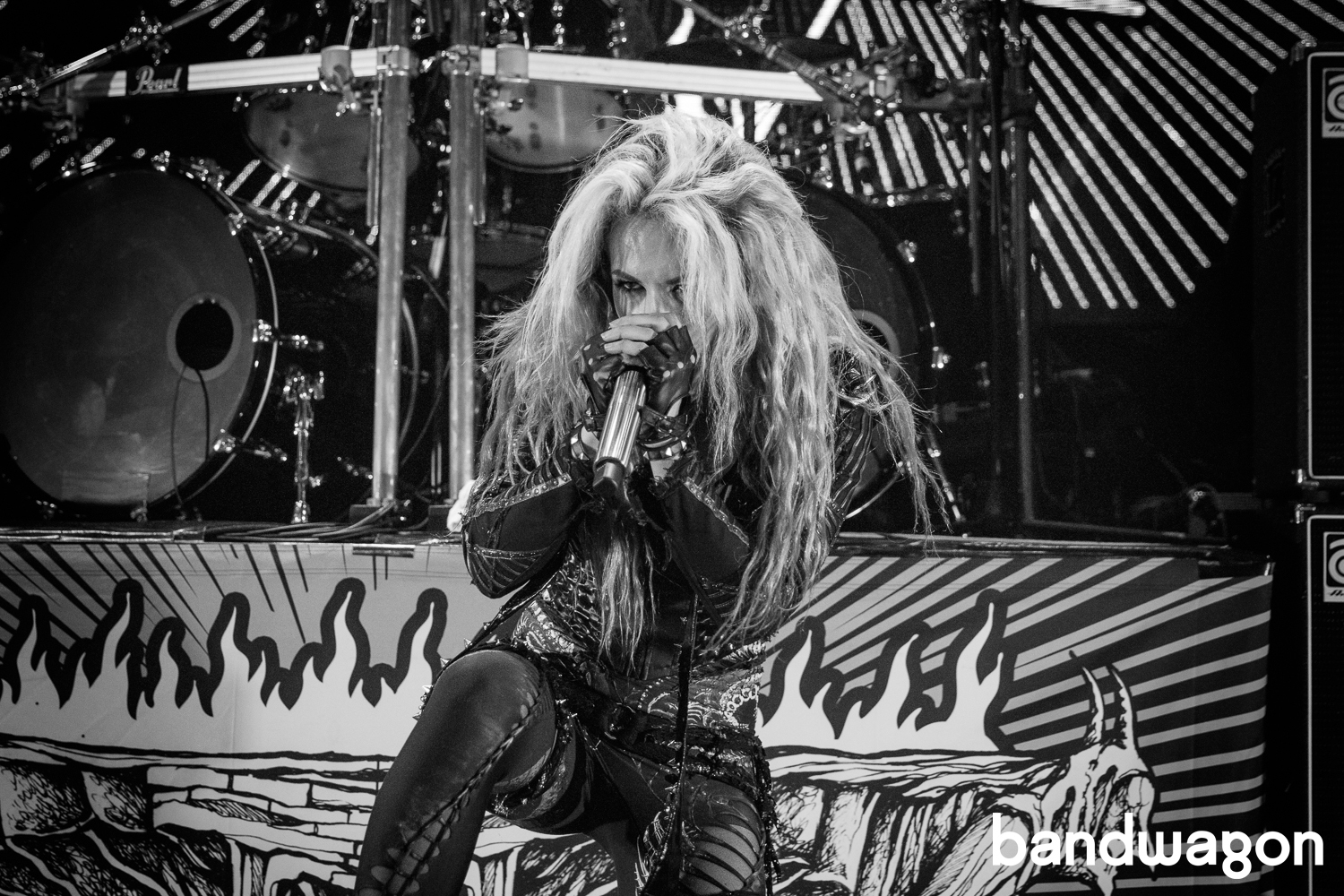 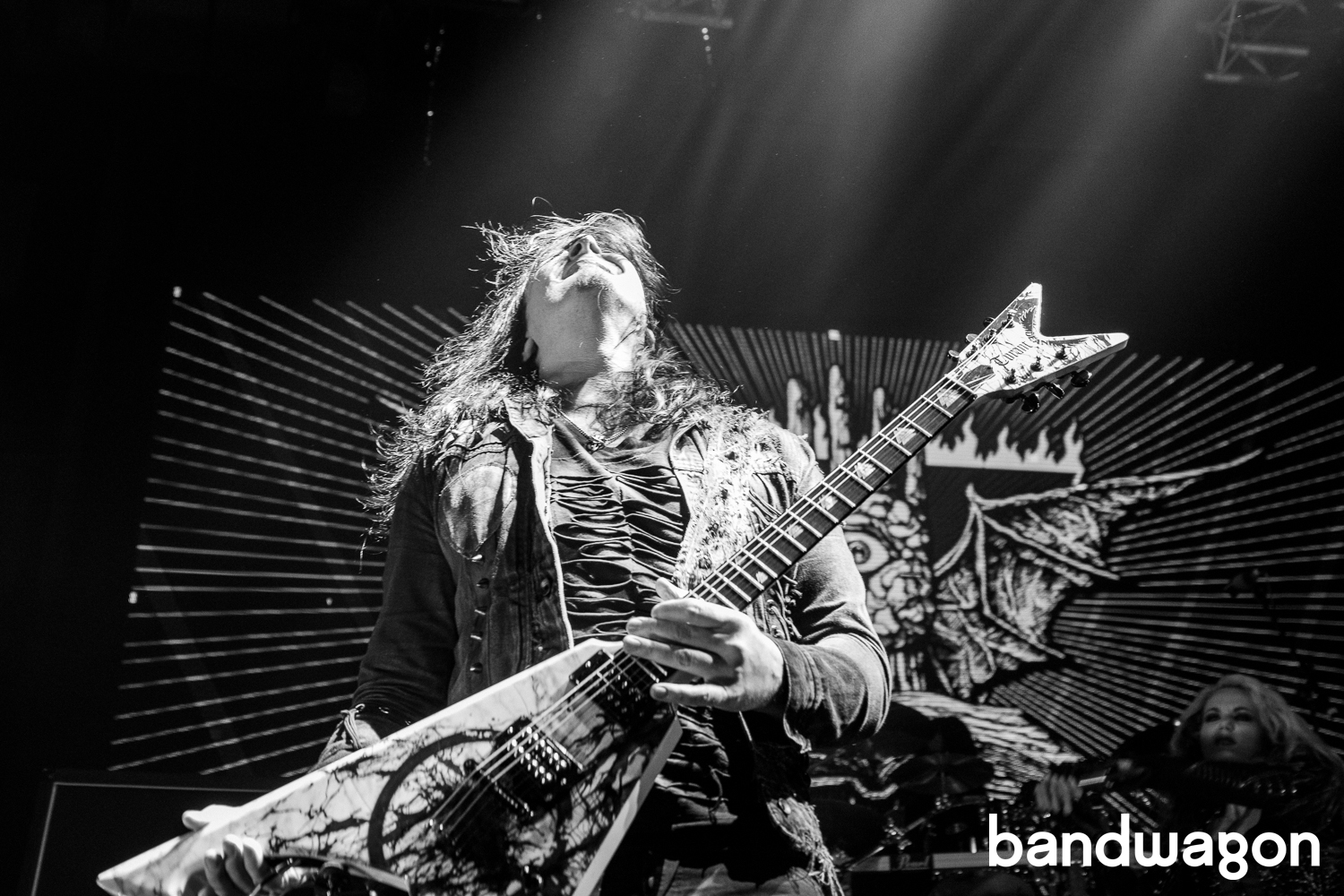 While every member in the band had their fare share of the limelight, the main focus of the night was on White-Gluz and Loomis, the two newest members of the band. Loomis led the charge on majority of the guitar solos, though he did take a back step to let Michael Amott, the band's founding guitarist, revel in instrumentals.

When all was said and done, and the night was over, it was clear that Arch Enemy had given all they had to Singapore, and the crowd returned the favour, with endless mosh pits and circle pits. Alissa promised the sold out crowd that they would be back a lot sooner than the six years it took them to return, and that's a promise metal fans in Singapore hope they keep. 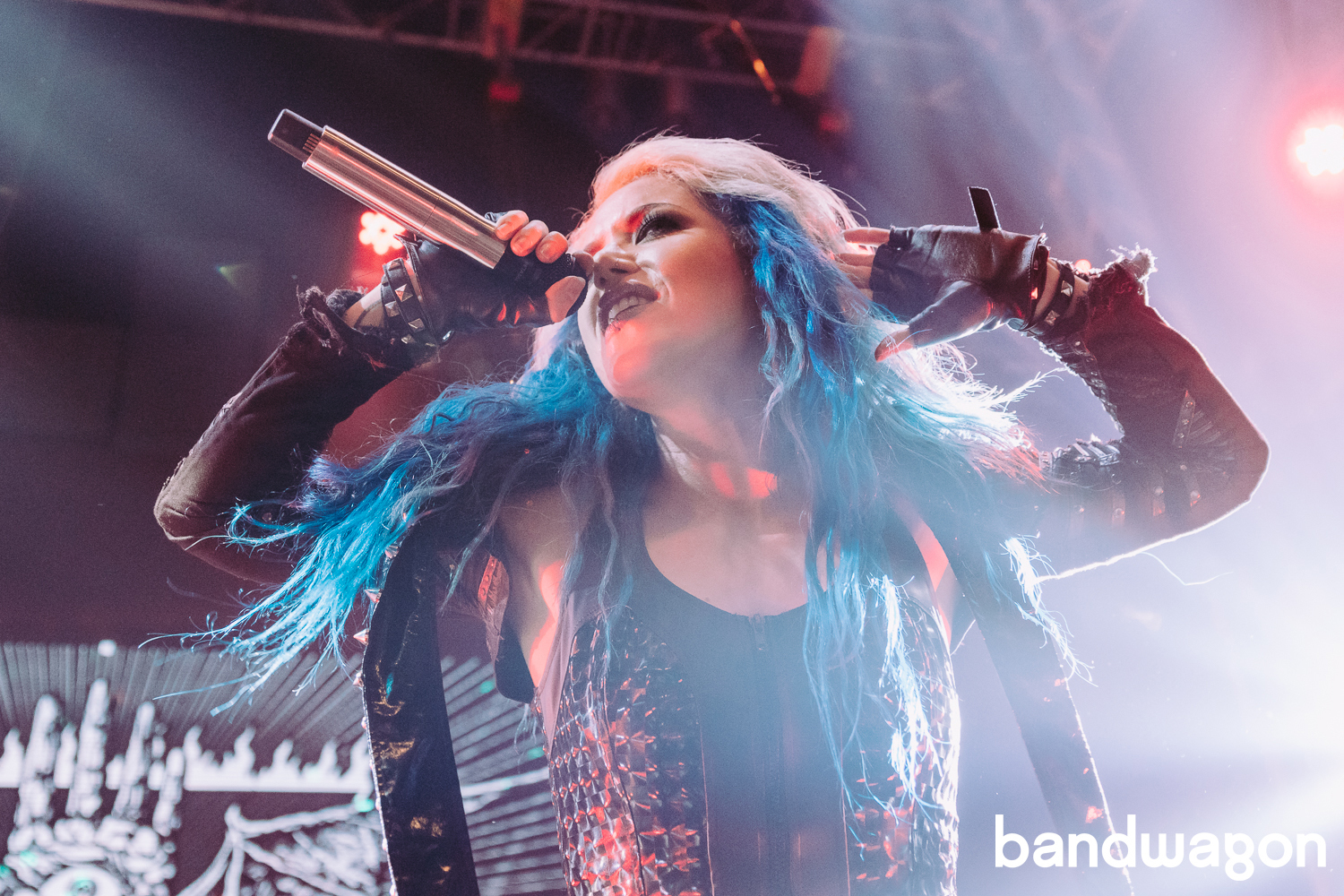 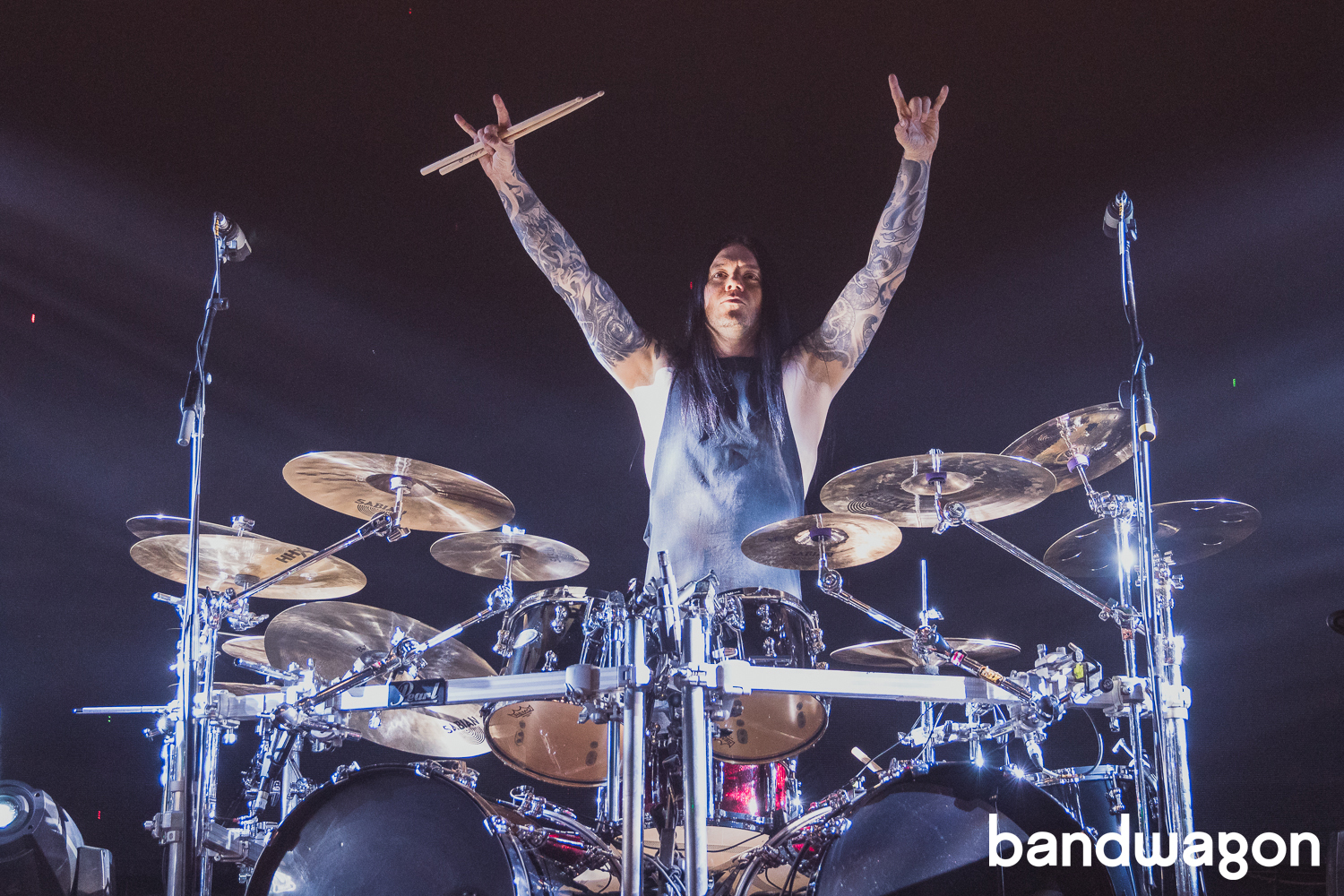 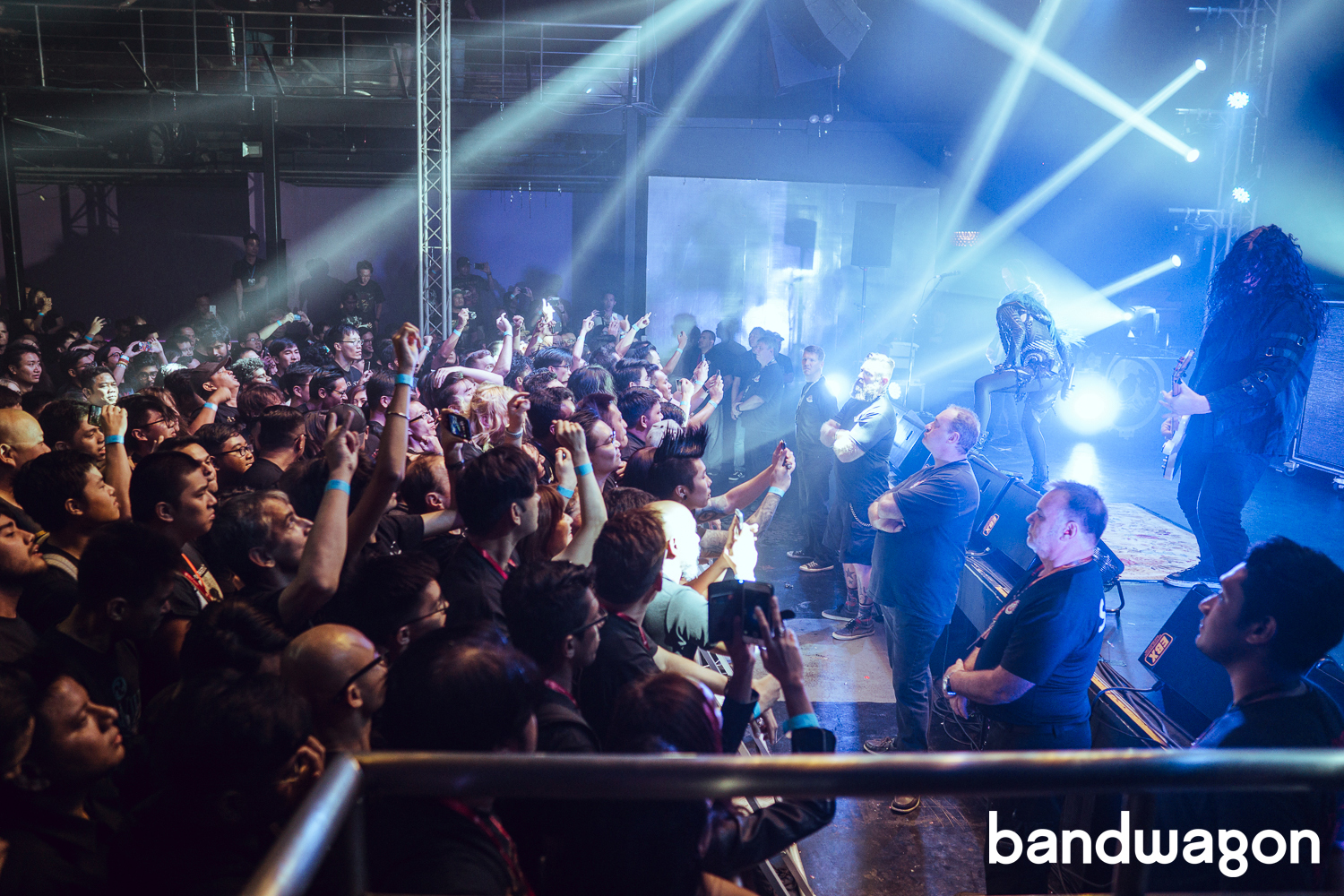 Special thanks to Inokii for the invite.