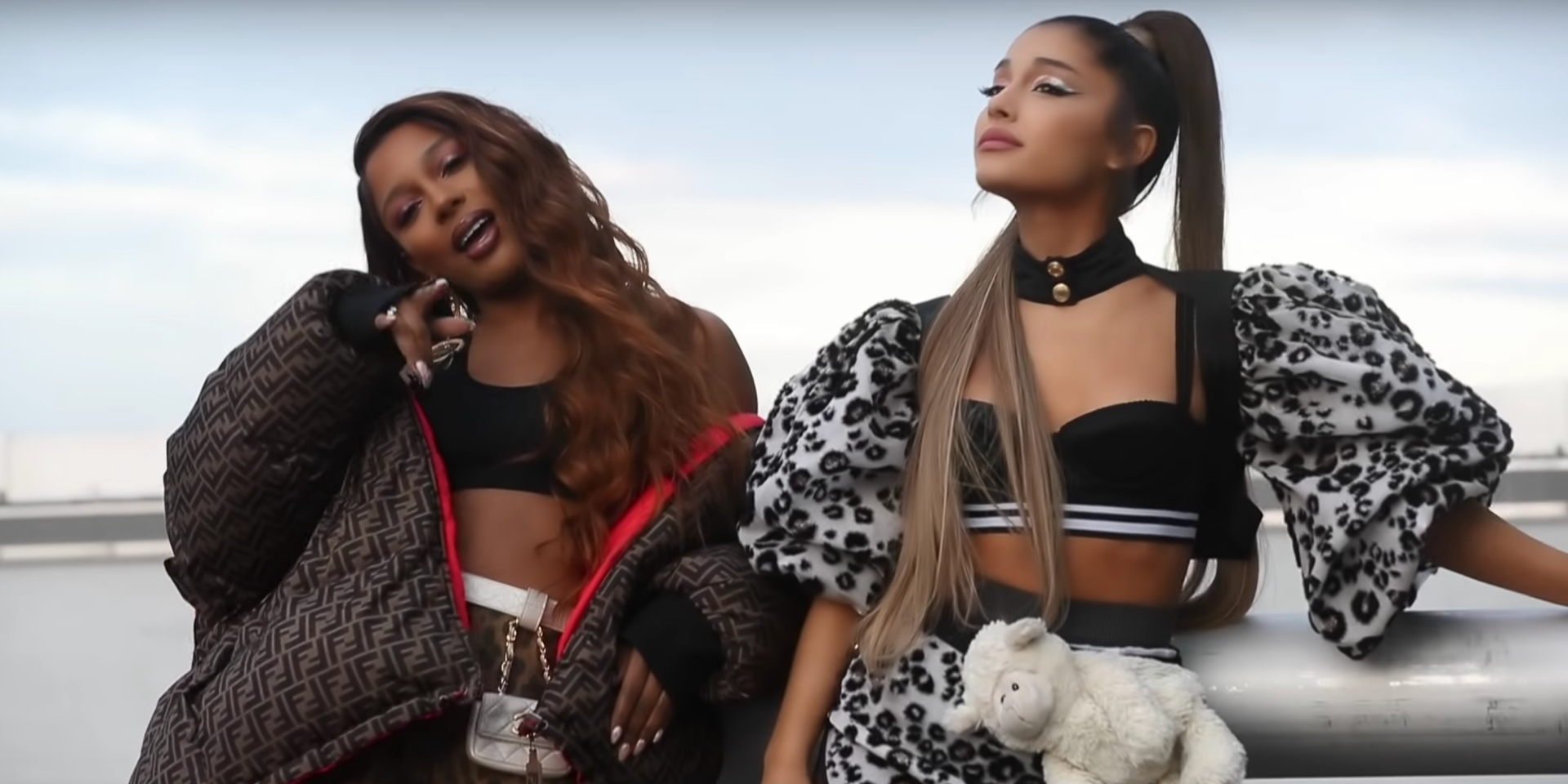 Last week, the two conversed on Twitter and initially wanted to release the track early but decided against it. As promised, the pair released it on April Fools and aptly, too, since it's a playful one.

Titled 'Monopoly', the track references Grande recently signing away 90% of her royalties for '7 Rings' to Rodgers and Hammerstein. They also shared the Alfredo Flores and Ricky Alvarez-directed music video today, which is a emoji-filled, meme-heavy visual with the both of them dancing on a rooftop and swiping away words such as "negativity" and "Trump".