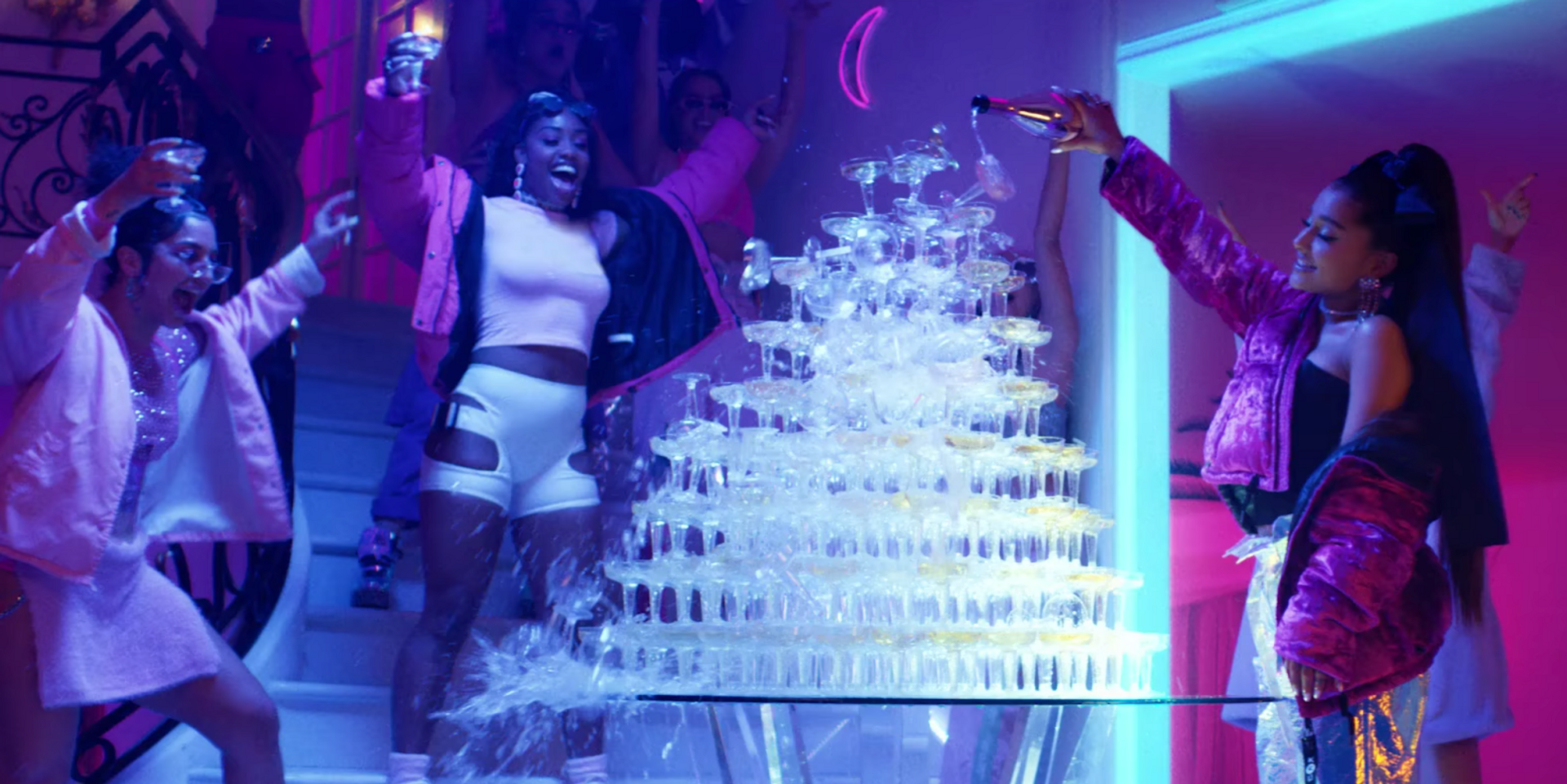 Ariana Grande and her crew enjoy the luxuries in life in her new music video for '7 Rings' released today.

The Hannah Lux Davis-directed video is set in a neon-lit house lavishly decorated with futuristic items and sees Grande and the ladies pouring champagne and dancing. The singer starts off with a remix of a verse from 'My Favourite Things' from the classic Sound Of Music before descending into an upbeat, hip-hop-inspired beat, which she sings over. In her rendition, her favourite things include items such as diamonds, champagne and Louboutins.

The song is off her forthcoming album, Thank U, Next, from which two singles, the title track and 'Imagine', have already been released. She is also slated to headline Coachella in April this year.

Watch Grande and the girls enjoy an opulent house party below.