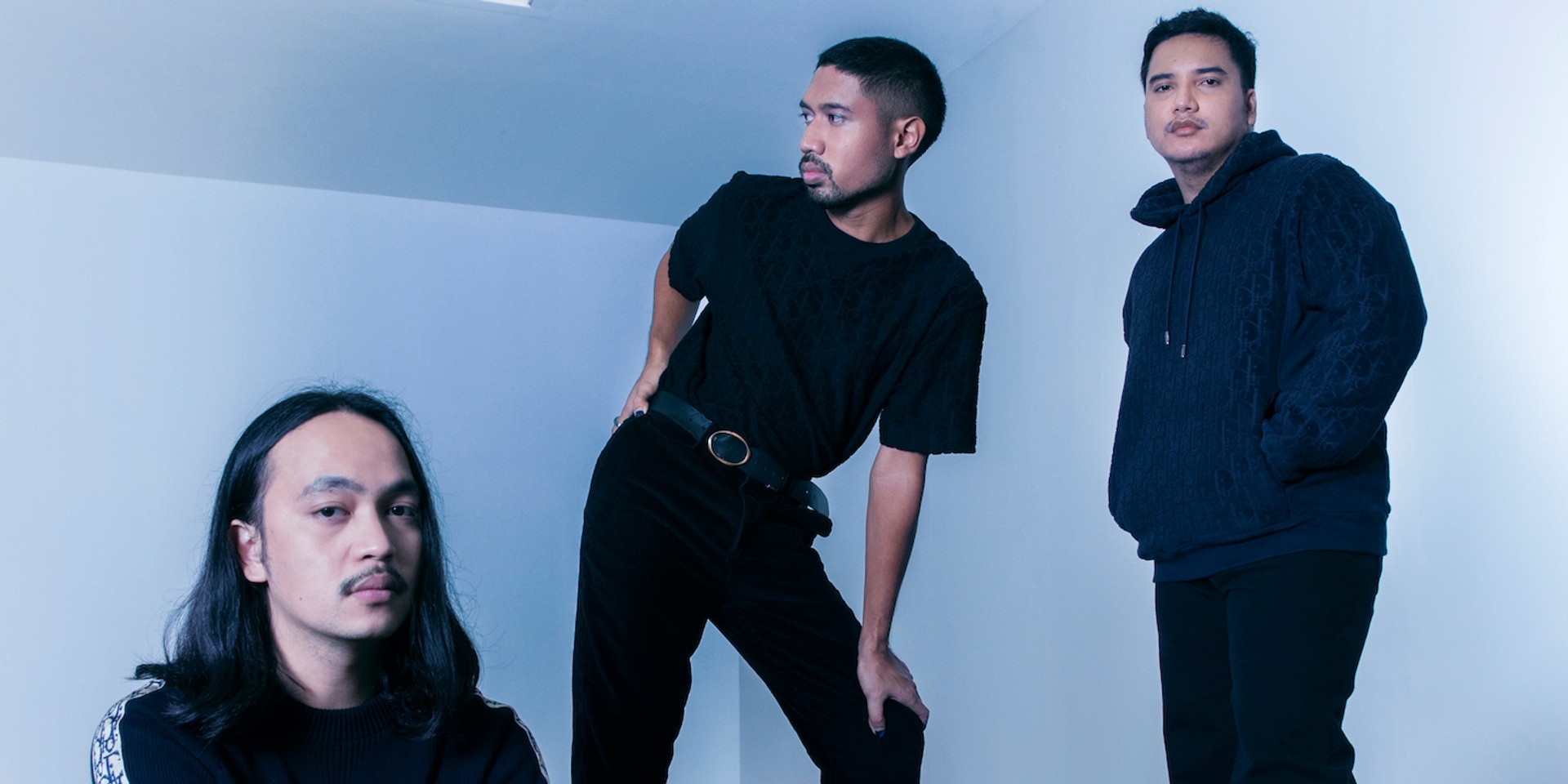 You rarely ever come across an act like Elephant Kind. A band so dedicated, purposeful, and innately artistic, the Indonesian trio have a way of sweeping you off of your feet with music that encompasses endless waves of emotion and vitality.

Narrating tales of modern romance and classic heartaches against a sonically diverse soundscape, Elephant Kind are truly one of a kind.

Taking the name from a random elephant fact he saw on Twitter, Elephant Kind initially started as a music project by vocalist Bam Mastro in 2014 for his final college assignment in Australia.

Having had to return to Indonesia that same year, Bam revived the band with Bayu Adisapoetra (drums) and their other friends, while Kevin Septanto (bass) joined the lineup a couple of years later.

The trio came from different musical backgrounds. Bam’s first love was dancing, having admired Michael Jackson at a young age. Often hiding behind massive drum kits, Bayu was a natural-born drummer with a huge affinity for punk-rock music. While Kevin, timid and fairly stoic, found comfort in '60s and '70s rock music often armed with a guitar.

In spite of this, they all came together and as Bayu puts it, “The rest was history.”

Characterised by well-loved cliches that resonate deeply with listeners, an electrifying rhythm, and a diverse palette of musical influences, Elephant Kind has risen through the ranks of Indonesian music, gradually taking over the region.

While the band are often categorised as ‘indie pop’, they prefer to think of themselves as a ‘vibe’. With no particular liking to one specific genre, the band makes music that is sonically diverse and more reminiscent of a feeling than a musical style.

“That's limiting our music in a way that we're only defined by a stock one style of music... which is super hard to do, like to commit to just one thing. Are we gonna make punk rock, or rock or just one type of music for the rest of our lives? We can commit to anything else but not this,” Bam tells

In seven years, the band have tackled a myriad of hurdles but through everything, Bam, Bayu, and Kevin stuck together facing any challenge hand in hand.

“The best part of being in Elephant Kind is that I’m making music with Bam and Kevin,” says Bayu.

“That's the dream we’ve always had, to play music; but the best part to me is that it's still going, you know? The fact that we're still going, we're still making music together. I think that's the best thing. It’s like we’re a married couple,” laughs Bam.

“We just want to keep making music like Paul McCartney, he’s still making an album. I think we’ll just keep creating music and building our sound because we cannot not make the music at all,” says Kevin.

With friendship and music at the core of the band, 2020 proved to be a difficult year for Elephant Kind. Having rarely seen each other given the absence of live shows and imposed lockdowns, the trio had qualms about the band’s future.

“Everyone was so detached. I personally feel like Kevin started to stop believing in the band, like I really felt that. And Bayu was a little lost,” said Bam.

“It was a hard time. When the pandemic started, we were like having these withdrawals from being a musician. We used to do like two to three gigs every weekend, to suddenly no gigs at all, and that made us, you know, detached from each other,” says Kevin.

Hoping to reignite their fire and passion, the trio put together a songwriting retreat outside the bustling city of Jakarta, kick-starting the production of their third studio album, Superblue.

“The music was keeping us together. We saw and met each other like a couple of times a week making music, discussing business and production, you know. It kept the band alive,” says Kevin.

“The outing was the first time I felt like a band again, you know, it felt like we were really family. We had a barbecue and everything like that; we woke up, and just watched each other make breakfast or play video games and stuff like that. It made me feel like the idea of being in a band is just like being in a high school project, where you just have a sleepover at your friend's place, and go have fun,” says Bam.

“We were back, we just needed something to keep the sparks going, you know,” says Bayu.

“The album saved Elephant Kind. If it weren’t for us making the album this year, we might have gone our separate ways and done other things,” adds Bam.

Celebrating seven years of music, memories, and friendship, the band put together a record that details the trials and tribulations of daily life.

Jam-packed with different stories, from losing a loved one to political commentary, Super Blue showcases the band’s maturity through the years, as well as some of today’s prevalent issues.

“There are so many different stories that we want to tell in the album. One of the things about this album is that it’s more political in a way that most people won't see until they actually hear the whole thing. There's like a political sense to it, it was not intentional that's just how we felt. It's just a lot of things going on,” says Bam.

“We keep growing, you know, like, we’re maturing. The way Bam wrote his lyrics, how all of us are composing songs and choosing the right sound and everything like that, we’re growing. It's good,” says Kevin. 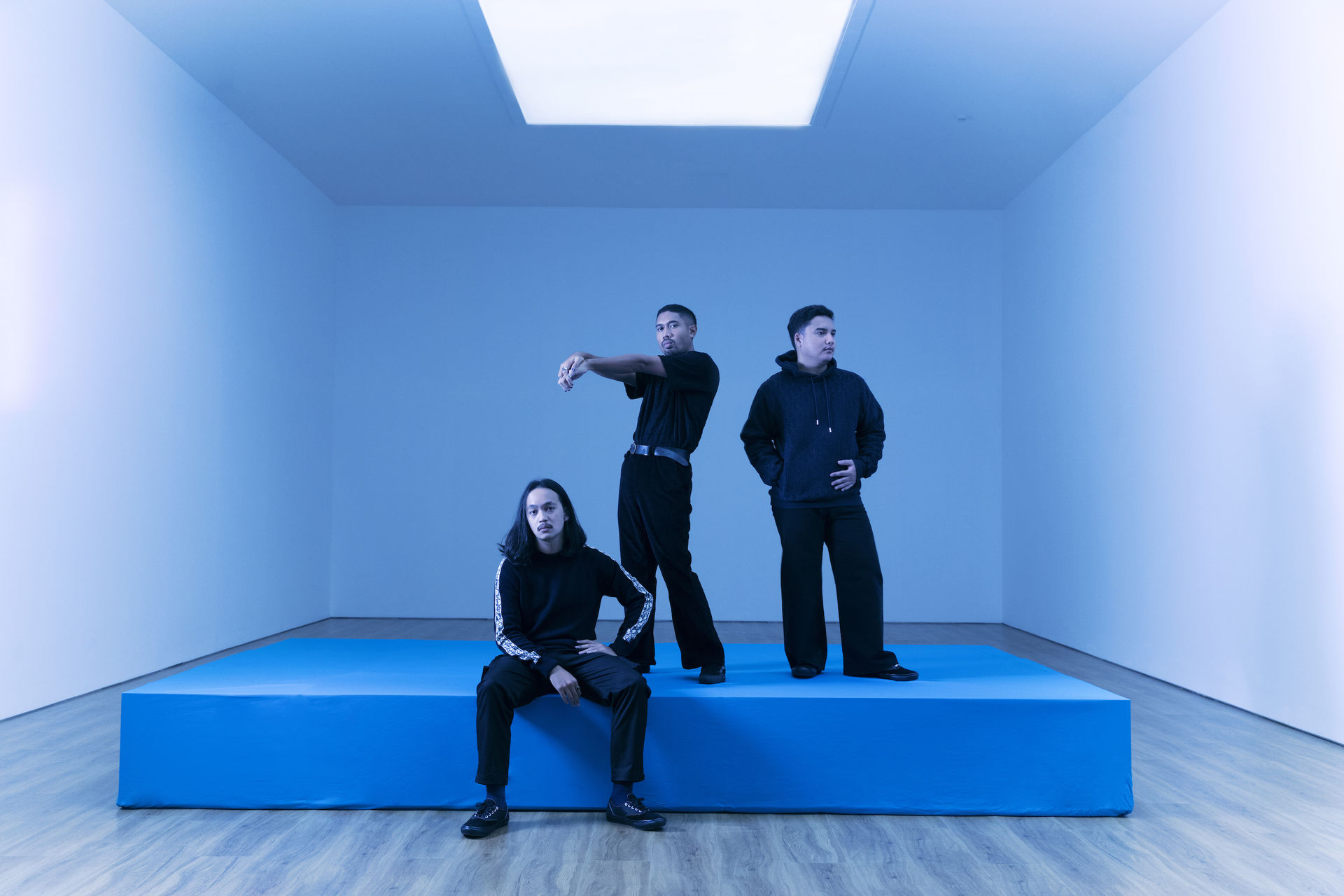 Most notable in this album, compared to their previous records, was the band’s involvement in the songwriting. While Bam usually takes the reins, Superblue sees more of Bayu’s and Kevin’s artistic and creative side, with both of them putting together several tracks off of the forthcoming record.

“This was a little bit different. With the first two EP and two albums, it used to be just like me, fucking around the studio, making music by myself, and then I give it to the guys and get their input. But now the dynamic of the band has kind of shifted in a way that there is more involvement from Bayu and Kevin,” Bam shares.

The first song off of the album is Elephant Kind’s most recently released single ‘Modern Romance Dreaming (Lonely)’, a song that Kevin drafted, with synths and drums, at home.

Inspired by the rollercoaster that is online dating, the electro-pop track about finding a sense of liberation in loneliness and exploring the notions of dating in today’s world. “It's about dating apps essentially. The song communicates about what we've been through during the pandemic and trying to find someone during this time,” says Kevin.

Superblue is slated for release later this year.