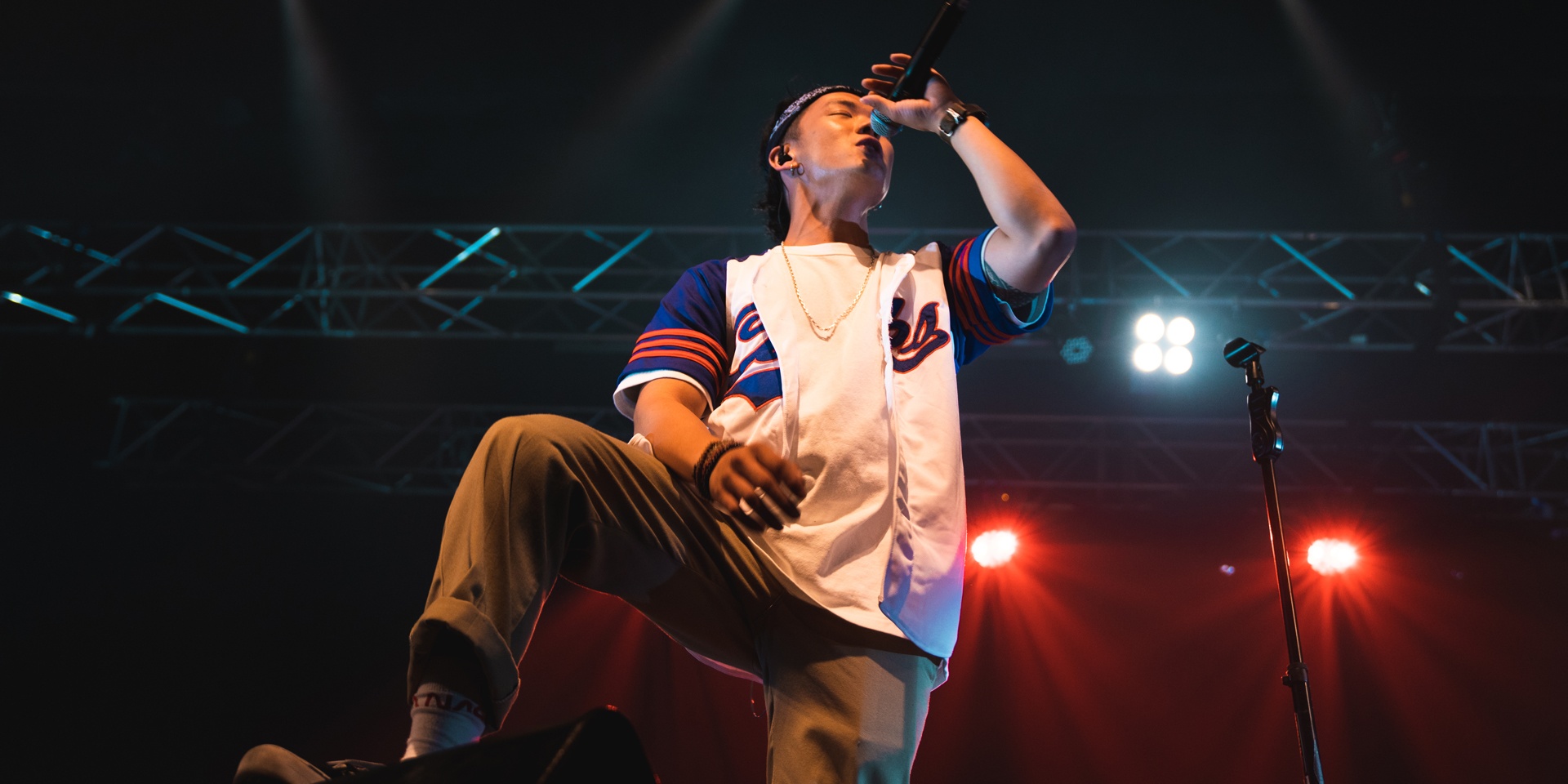 Funk bands come far and few in between – and funk groups who can not only strut their stuff but infuse their music with mainstream pop sensibility are an even rarer find. Enter Singapore's Astronauts, who seem blessed with an (annoying) ability to make everything look easy.

The funk/R&B quintet pop locked and grooved their way through a blazing set during their ONE EP release show at *SCAPE's Ground Theater that made a Saturday night feel right. 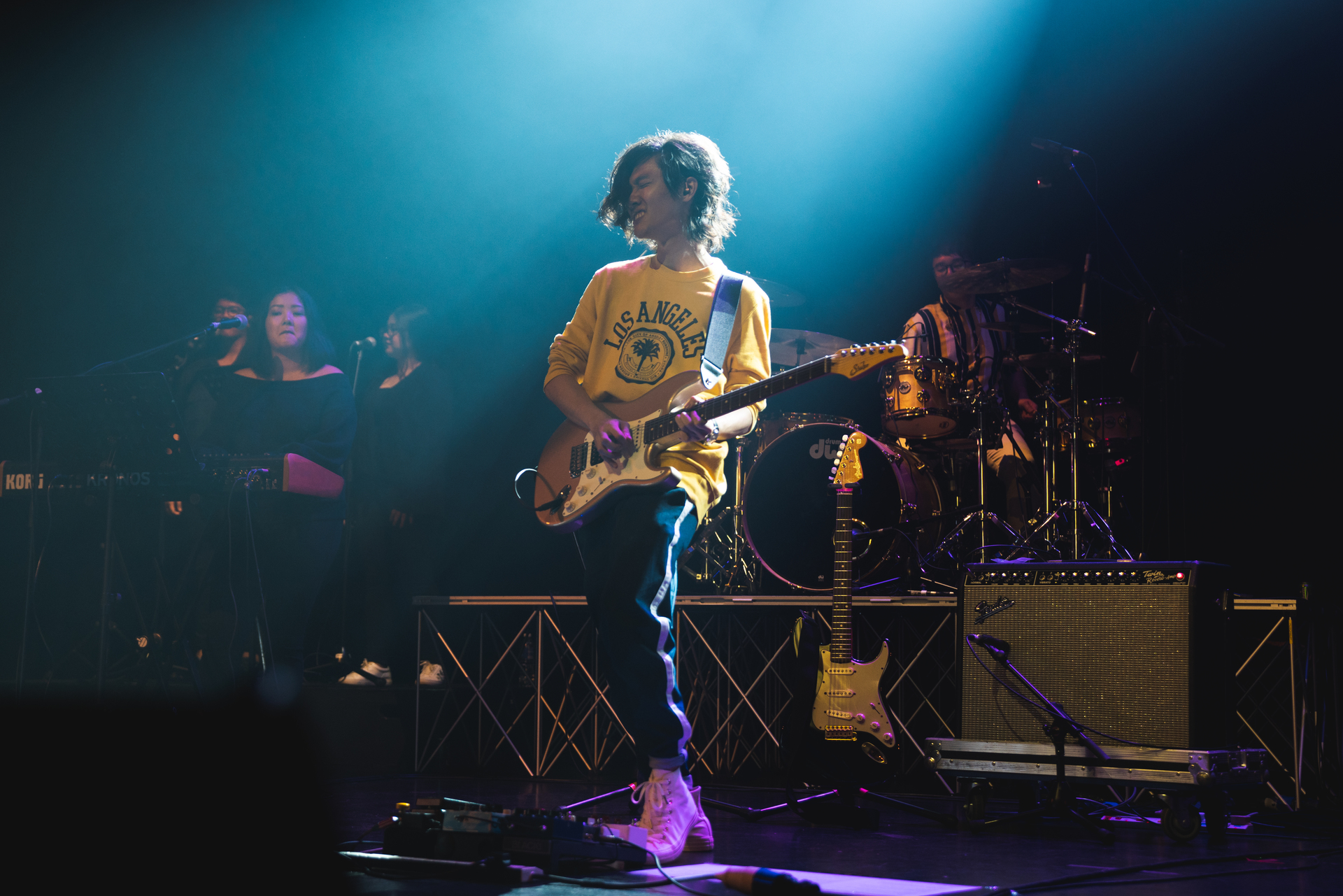 Moving deftly from songs off ONE to covers of old school hits like Michael Jackson's 'Billie Jean' and a phenomenal mash-up of Luther Vandross and Drake (what even...?), Astronauts exhibited not only their musical versatility but also their extraordinary capacity to entertain.

When bassist Benjamin Mah's rejoinder that the band had come down to its last 3 songs was met with collective outcries of disbelief from the audience, he confessed that performing was tiring, which surprised us for two reasons. Firstly, that Mah could so freely confess the band's fatigue was indicative of how close the band felt to the sizeable audience. Secondly, that they were tired at all was a surprise, because the band made funk and R&B look that simple. 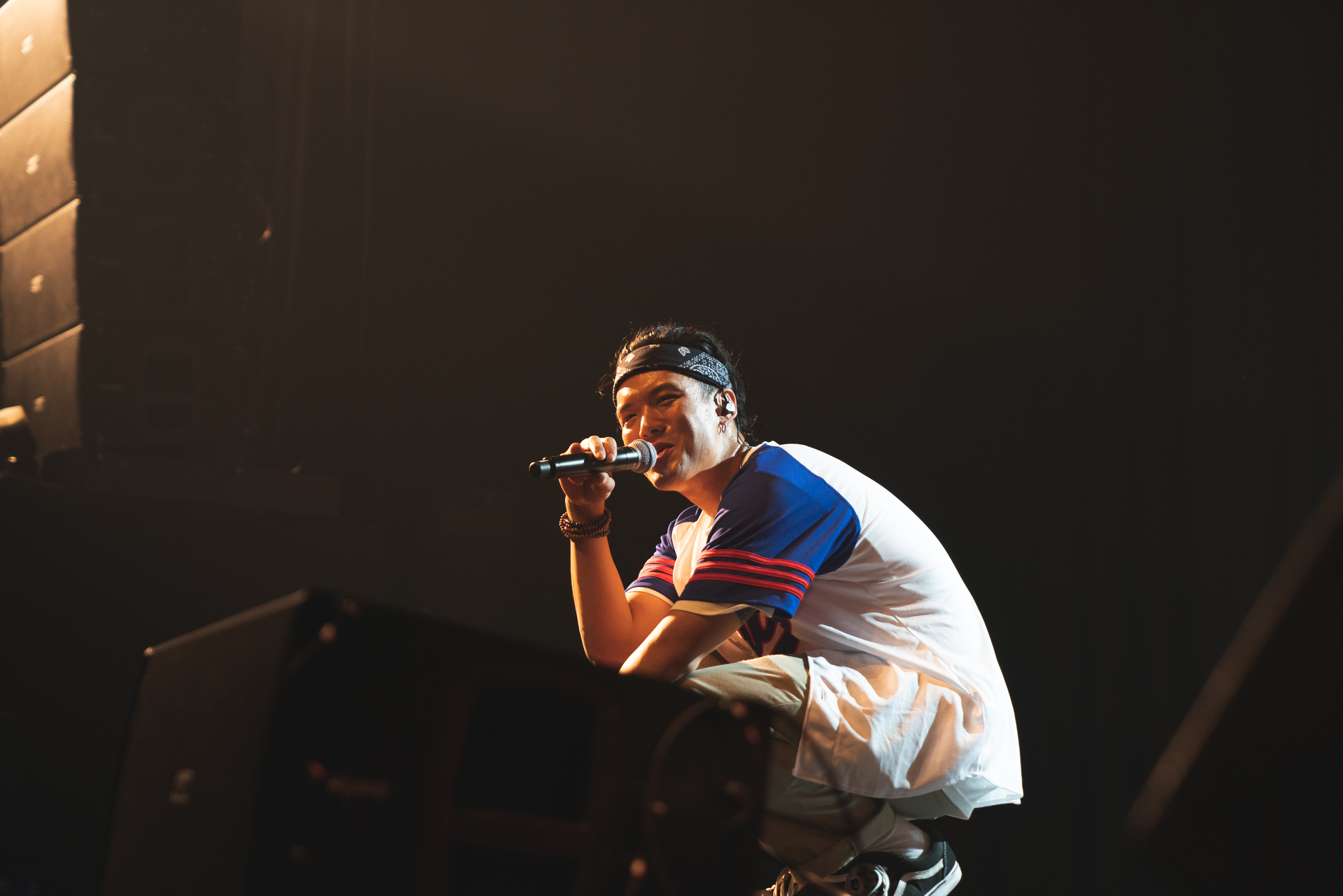 The band's entrance was a spectacle on its own. The 13-piece band took their time getting onto stage, flickering white lights offering sporadic insights to how big the band was. The anticipation built as it became clear that the band was far bigger than a casual fan might expect. Not only did the band comprise a typical quintet – a vocalist, two guitarists, a bassist, a drummer, and a keyboardist – but also included two back-up singers, an auxiliary percussionist, a trumpeter, as well as three saxophone players.

That was a sign enough that the band had worked on layers upon layers of music for their EP's grand reveal. Two numbers saw two guest performers come on stage: vocalist Theodora Lau and Hisham Tha MC, who added their own smoky vocals and sharp raps to what was already an impressive performance. 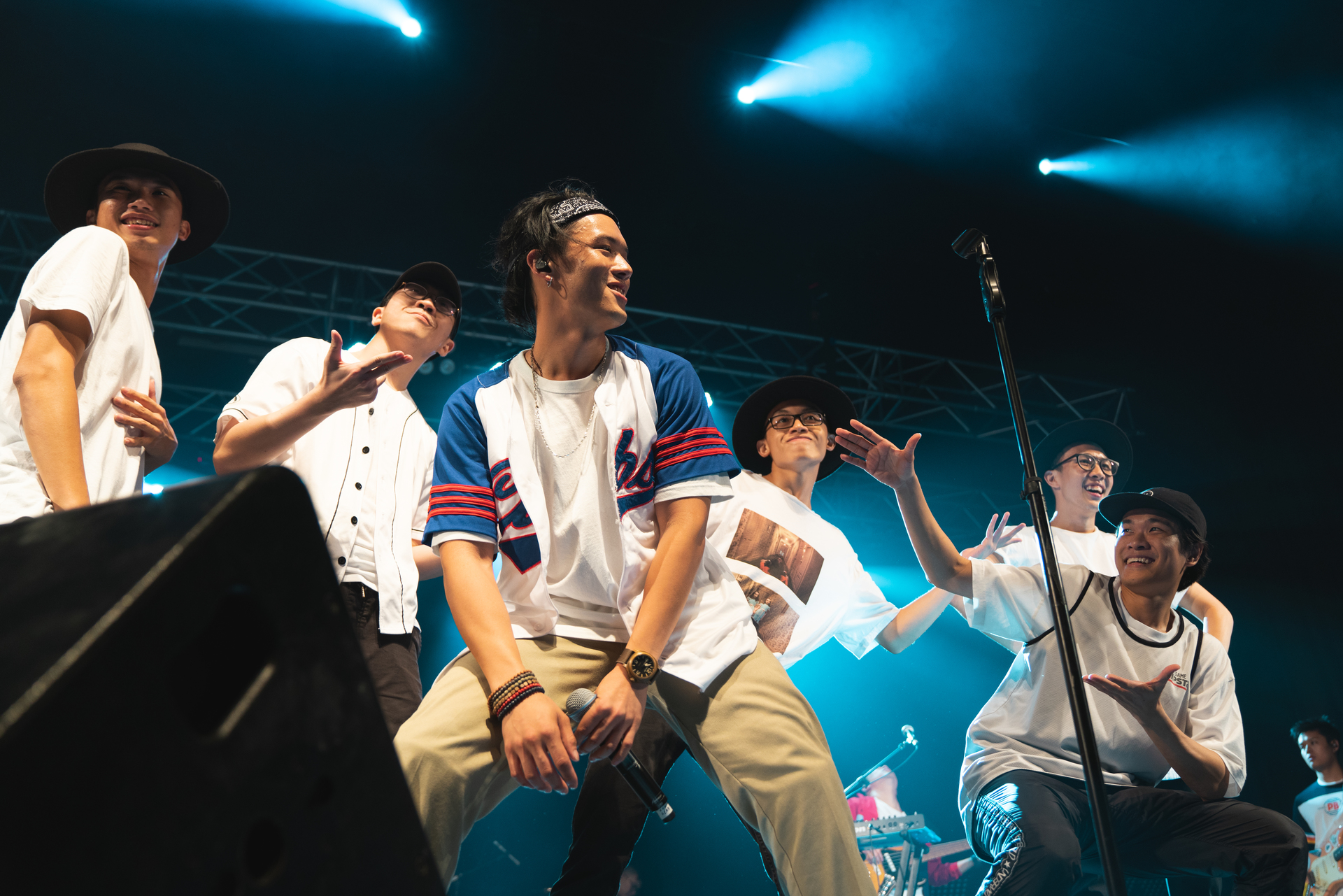 Refusing to stop at just the musical, the band had worked on a visual treat as well: some of their more groovy hits were paired with entertaining dance numbers from local dance group Lion City Lockers. In what was surely some Bruno Mars-inspired choreography and showmanship, lead singer Ben Jacob Lee (who also wore a baseball jacket) joined the Lockers during songs and effortlessly seemed to keep up. What would seem a crowded stage to the untrained eye was a dazzling array of interdisciplinary artistic brilliance that this writer saw for the first time in a local performance.

The band's tightness was clear throughout the set, as the rhythm section – bassist Benjamin Mah and drummer Eugene Lum – formed a rock-solid foundation upon which guitarists David Lee and Jonathan Tan could build. Backup vocalists and the horn section were like the icing on an extremely well-baked cake, leaving listeners with a sweet aftertaste. 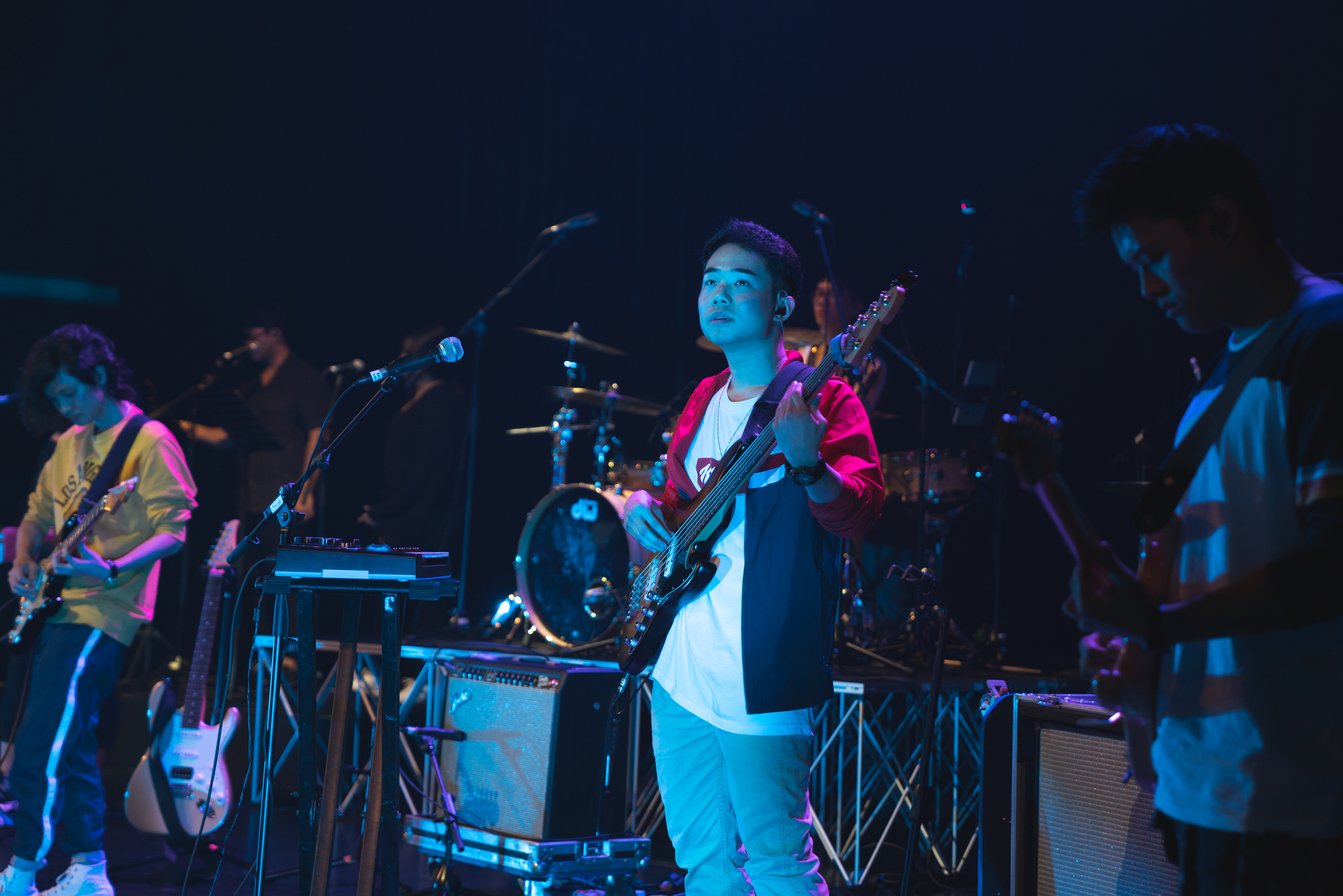 Lee also had a quiet energy about him as he pranced from one side of the stage to the other quite regularly, interacting effortlessly with the audience, explaining how every song seemed to be related to a previous break-up of his, and not making a big deal of reading from some script, demonstrating his enormous comfort and confidence on stage. Again, they all made it look easy.

The crowd had energy to match. Even pop group LANY had problems packing out the *SCAPE Ground Theatre during their gig in Singapore last August (not to be confused with the more recent gig at the Capitol Theatre). What LANY couldn’t do, Astronauts did with ease – the crowd packed the venue with what was a mishmash of friends, family, and local musicians. 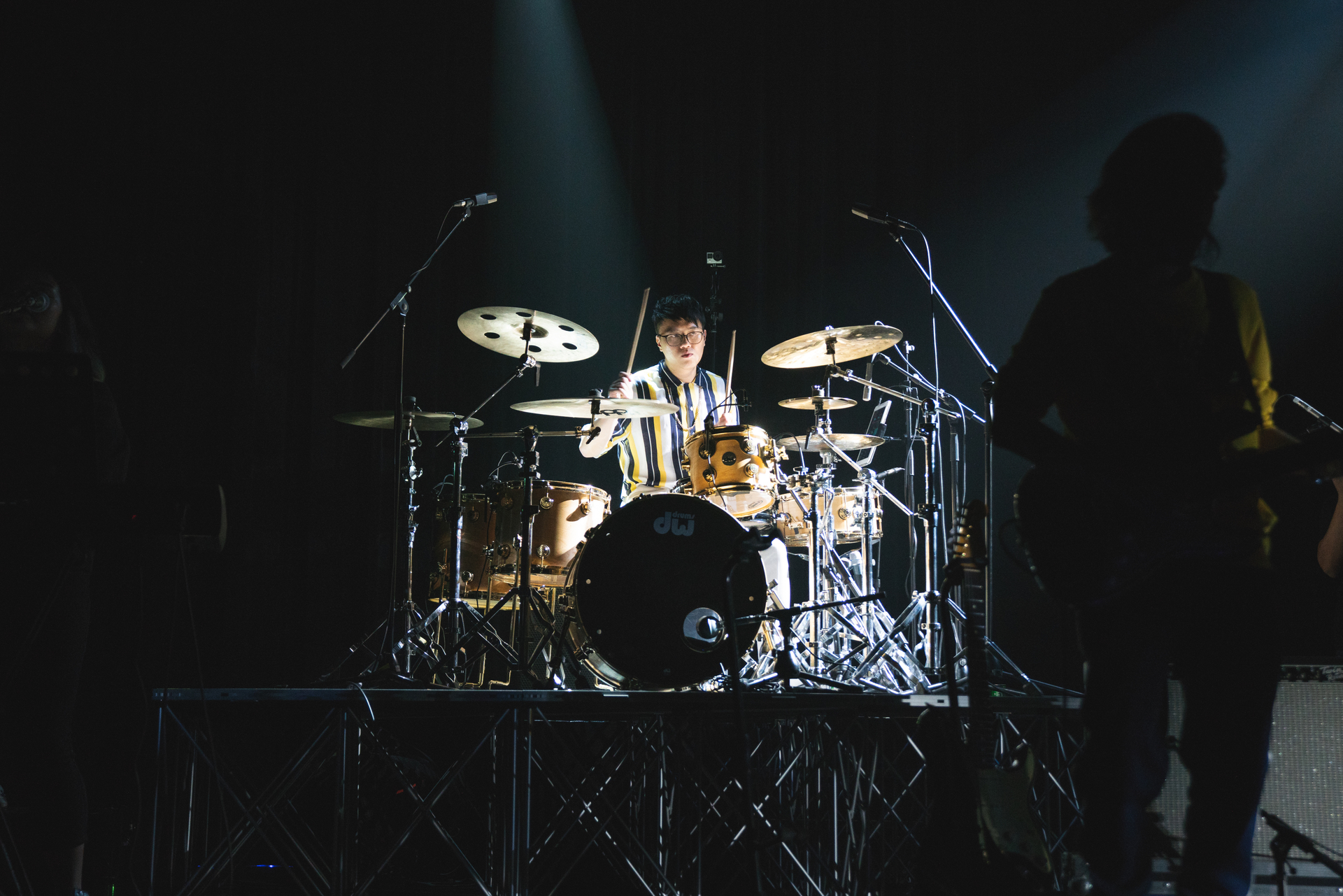 From lovingly serenading who must have been some of the lead singer's friends in the front row (who were always the first to start clapping and dancing to every number) to a heartfelt thank-you session before the final song where every member of the band acknowledged those who had supported them, Astronauts made clear why they were well-loved for not only their music, but also for who they were as people.

Altogether, Saturday night really felt like a Saturday night – half chill, half dance party, all music and all love. After a concert delivered to near-perfection, I left the Ground Theater with much more hope for local music than I ever had before.

Special thanks to Astronauts for the invite.