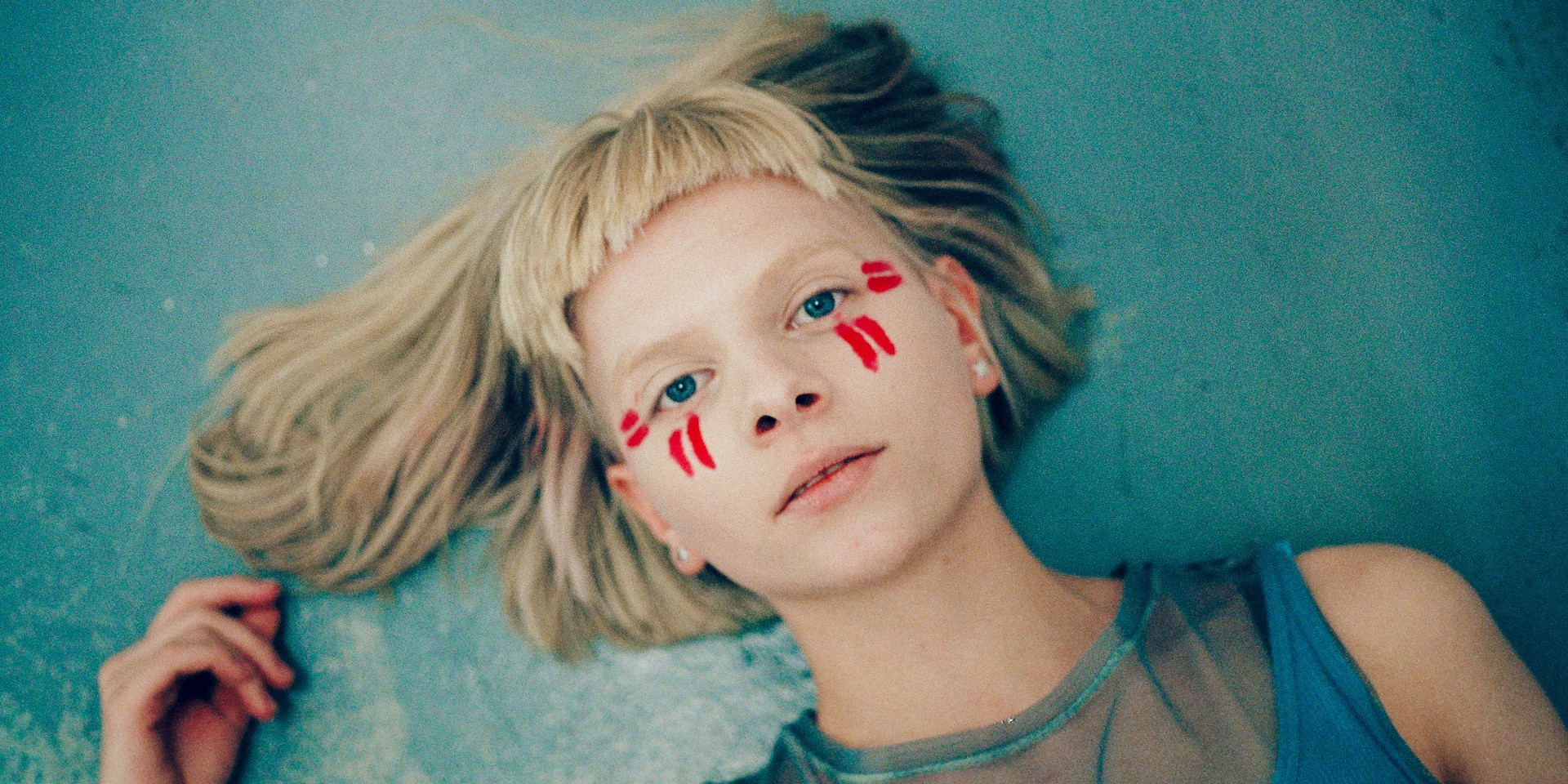 AURORA is a symbol of resistance and tenderness.

Embodying a resplendence that simmers from within, AURORA stands in contrast to the fatalistic outlook of today with an unceasing, bubbling optimism and music which transcends the self and boldly serves as a public letter to the world. With her distinctive blend of folk, electronic and pop, as well as her hard-hitting, political messages, she resists against the current state of things with a fiery focus in her latest album A Different Kind of Human – Step 2 precisely because she yearns for and believes in a better future.

Ahead of the Neon Lights festival, which AURORA is slated to play at, she speaks to us about her vision for humanity and the place it has in her expression.

You'll be returning to Singapore soon for the Neon Lights festival. How are you feeling?

I'm so excited! I loved being in Singapore. It's so beautiful. The crowd there was so nice and I really enjoyed myself. I'm so excited to be back!

Congrats on your latest album A Different Kind of Human – Step 2! It's a sequel to Infections of a Different Kind – Step 1, so why a different title and why this particular one?

Step 1 is more about internal things; it's about learning to stand up for yourself, learning to be a warrior for yourself and to make yourself happy and healthy. Step 2 is a lot bigger; it's about standing up for the whole world, about standing up for nature, women, children and men. It's about being a warrior. It's these two important parts of the same kind of empowering process.

Can you share a little more about the headspace you were in when you wrote the album?

I made Step 1 in this big castle in France and it was really beautiful. There were really big fields and the nature was incredible, so you just kind of let your imagination and dreams run over the hills every morning. For Step 2, I felt like I needed to really dive into myself and I wanted to feel way more lonely and down-to-earth. I made Step 2 in a very small room – a very dark, small room with a blue wall and a purple floor. It was really tiny and I just thought it was the right thing to do – to make this album in a small space, because then I would be alone with my own thoughts. I wanted to make sure I was reaching into myself for my opinions about the world. It's a more political album, so I felt I needed to be locked in a room to really figure out what I felt about the world, nature, equality, and all of these things. It was very a different process. 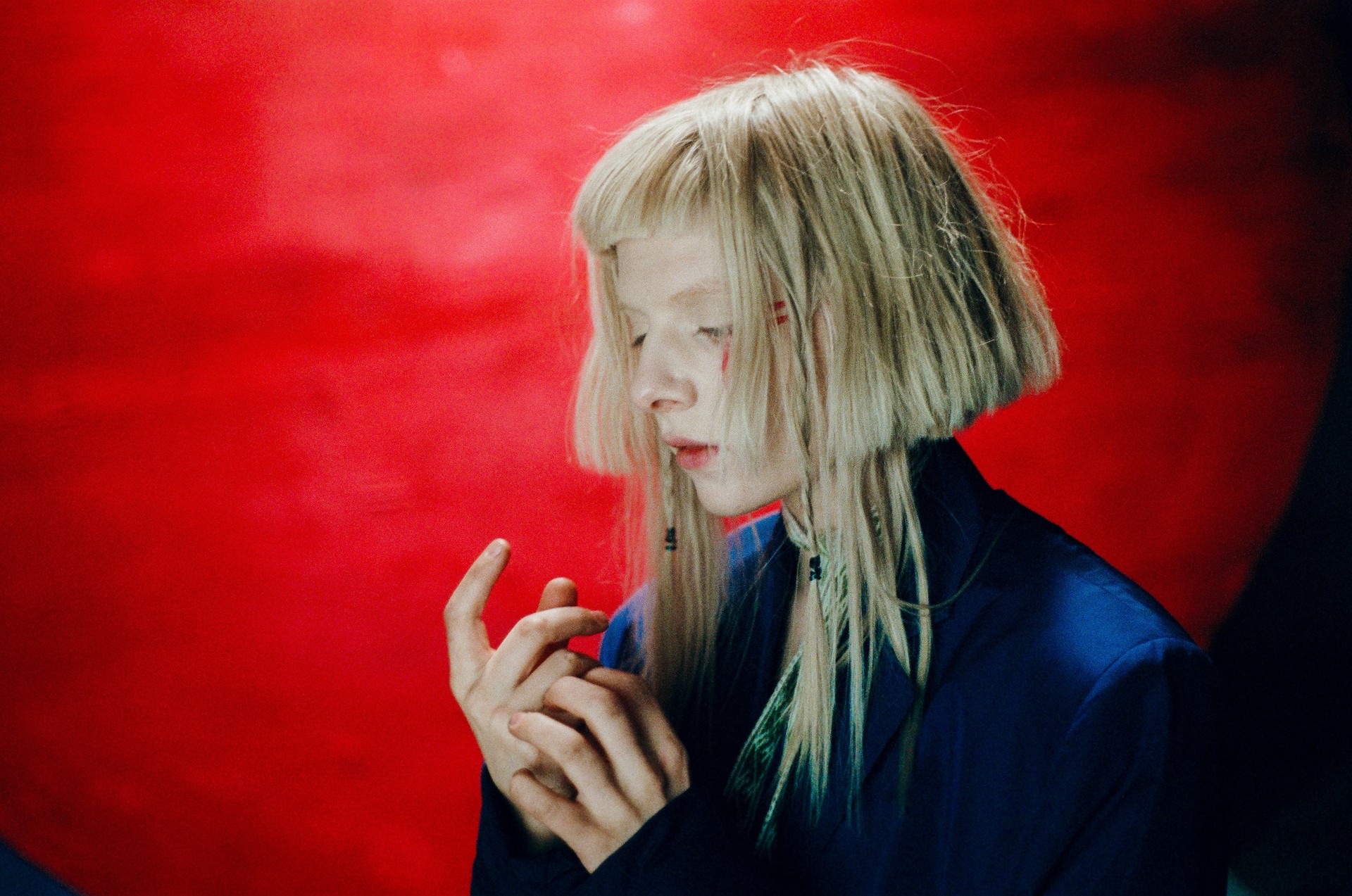 In 'Apple Tree' and 'The Seed', there is an anger directed towards the earth dying, but the former is more optimistic. Can you share more about these two related songs?

I am extremely invested in Mother Earth. I love nature, as you know. In all my songs and videos, there is so much nature. I feel like nature is so important to us and that's what I love about Singapore as well! You have such beautiful nature; you plant trees in the buildings and you have these beautiful parks.

It's just so important to take care of the earth. It's the only place for us where we can just exist, where we have free beauty and where we can be calm – in nature, we can just be. The world is so demanding of people; it puts a lot of pressure on people to be perfect or to achieve big things. But nature just lets you exist. I think that's such an important emotion to experience and that's why I'm very passionate about the battle of saving Mother Earth for the future children.

It's been so fun to sing 'The Seed' and 'Apple Tree' live. I can feel the whole crowd feeling it with me; we all want to save the Earth and we all want to fight for something bigger than ourselves. I think it's natural for people to fight for something bigger than ourselves and it's so beautiful to see it happening. Especially young people, who are shouting loud enough for change. I think we're close to a big revolution.

'Apple Tree' is a lot about the individual. I believe so much in the power of every small human being. I think people can do really big things, especially if we stand together. All the people out there have so much potential to change things, and that's the whole idea behind 'Apple Tree' – believing that people can make a change and that you can make a change. It's about believing in all the tiny people who are actually very big. We can do big things.

You once said that the title track is something special and close to you.

It is so special to me. I think about death quite a lot. I'm not afraid of it and it doesn't make me sad. It's just interesting how it surrounds us all the time, but we still dare to care about each other and to fall in love, even though we know nothing is forever – it's such a beautiful thing. It's a promise that life gives us; we know that it will happen one day but we learn to live with it. Everyday, because we live everyday, we only die once.

I really wanted to make a song to help people cope with death and to cope with losing people they love. That's why I wrote this song. I think it was my mum, who said to me when I was young, that it's always the good people that die and that the best people were just too good for the world. People commit suicide, which is a horrible, sad thing, but it happens everyday. It's almost like the world was too cruel for them and they were too good for this world.

That's why I wrote this song 'A Different Kind of Human', which is about these creatures that come to Earth to a dying human. And they say, "Don't be scared, we're going to take care of you. You'll be safe and we'll take you to this new home where you'll be with people as kind as yourself. You'll be happier at this safe place". I was hoping it could help people who have lost someone and convey that they're in a safe place.

I am very hopeful. I'm always hopeful, because as long as there are new children, there will be people who can learn from the mistakes of their parents and there will always be people that will try to make things good again. As long as there is one tree, we can help that tree become a whole forest if we just plant the seeds. We can reverse a lot, but we have to do something now.

I feel like things are starting to happen now. We don't hear about the good things that happen everyday. Everyday, a lot of big changes and a lot of small changes that have big effects are made. Everyday, people do things to help. I'm very hopeful, because without hope, there will be no need to try. That's why people need to have hope and believe that it will be worth trying.

I will always be a big speaker of human emotions. I feel that music can be the emotional education for people. We have no other place that teaches us how to deal with emotions and how to understand them. People don't always like to talk about emotions. But I'll always write music that I hope can be best friends to people and can help people educate themselves within their own emotions.

I really like speaking my opinions about things that I feel are important and things that I care about in my songs. I can feel that my fans really care about these things too. I wouldn't be able to make any change without my fans. It's only because of my fans that I can actually do some good with my little time on this Earth. Together, we are so powerful; we are a whole wave together. I'm definitely going to continue to speak my opinions and my perspectives in my songs as long as I'm here.

You're already working on a new album. Can you share a little more?

I'm actually working on two albums and I don't know which album I will release first. One of them requires quite a lot of travelling and time. The song 'A Different Kind of Human' is actually a hint for one of the albums and for the direction I'm going in. The other album will be completely different and it will be very fun. The next album I'm going to release will still be quite political and emotional, but I'm quite inspired in a different way now. It will be even more emotional than the others, and even more powerful. It's also more quiet. I will try to incorporate a lot of nature in it and capture the beauty of life.

It’s really exciting and it's going to be, I think, the best album.

Catch AURORA live at Neon Lights 2019, which will be happening on 23 and 24 November, 1pm till late, at Fort Canning Green.

Tickets are available at www.neonlights.sg and SISTIC.

Fans who have already bought Single Day (Saturday, 23rd November) tickets will have the option to Add-On to their purchase.