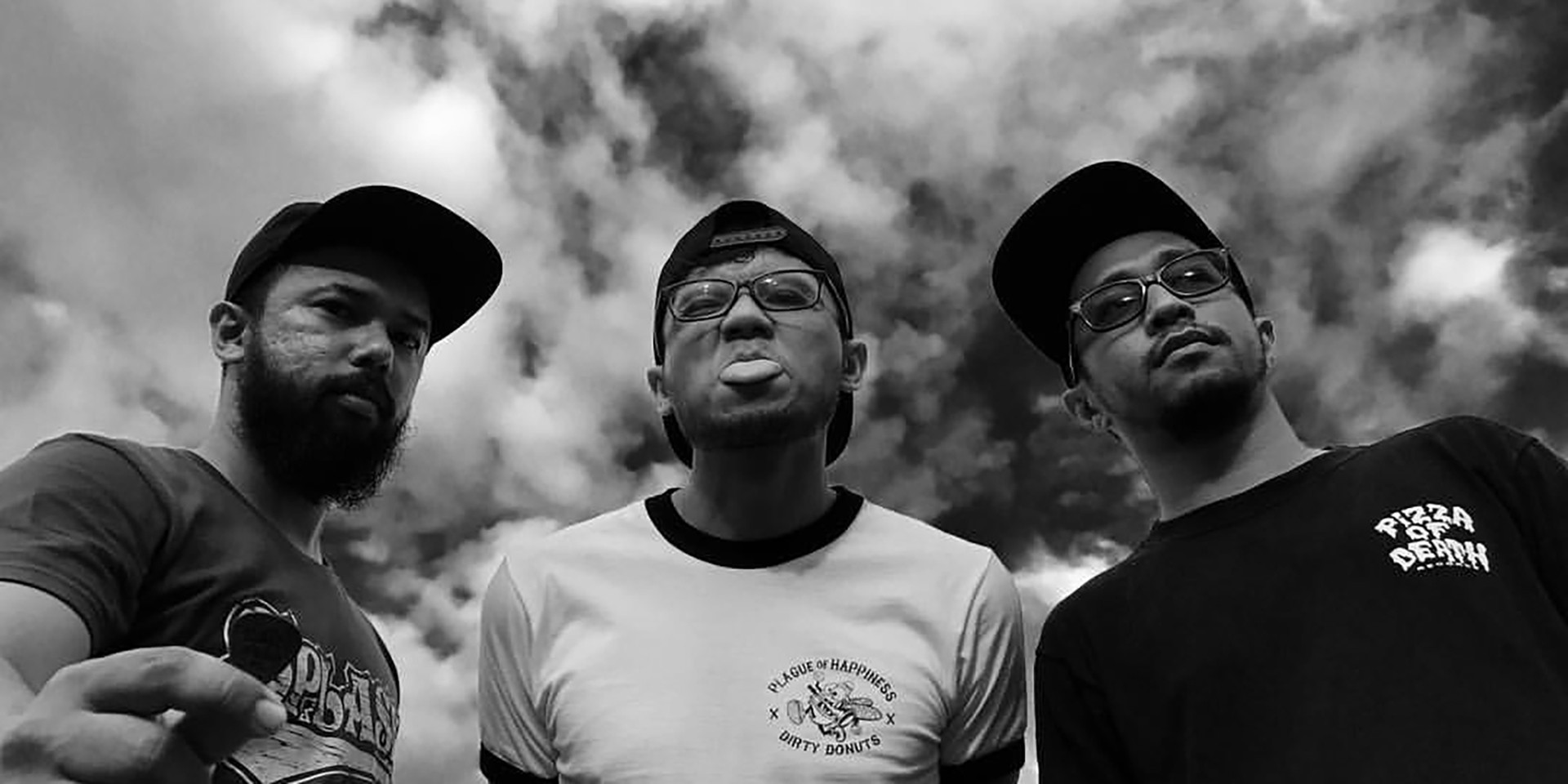 Iman's League has been around since 2007, but the past three years have marked a uniquely bright spot in the local punk trio's journey so far. After winning Best Song and Best Band at Anugerah Planet Muzik in 2015 and releasing their fourth album The Only Way Is Up last August, they kept busy and embarked on a 6-states tour across Malaysia, Korea, Indonesia and Australia. They also performed at two festivals, Zandari Fiesta in Korea and the annual Punk Strike Festival in Taichung and Kaoshiung, Taiwan.

Plenty of bands go on tour, but for Singaporean independents, it's never an easy undertaking, and things can hardly be left up to chance – hard work and friendship are key. Iman's League applied to play Zandari Fiesta – successfully – because of a recommendation by their friends from Korean band Whatever That Means, whom they met during their first Korean tour back in 2015.

And when it came to touring Australia, things were a little trickier, as the band had zero contacts at first, said Iman's League frontman Nuriman (aka Iman!). They relied on help from their ex-managers from The Walking Paradox and fellow Singaporean musician, Sanjeev, from Boredphucks and The Suns. 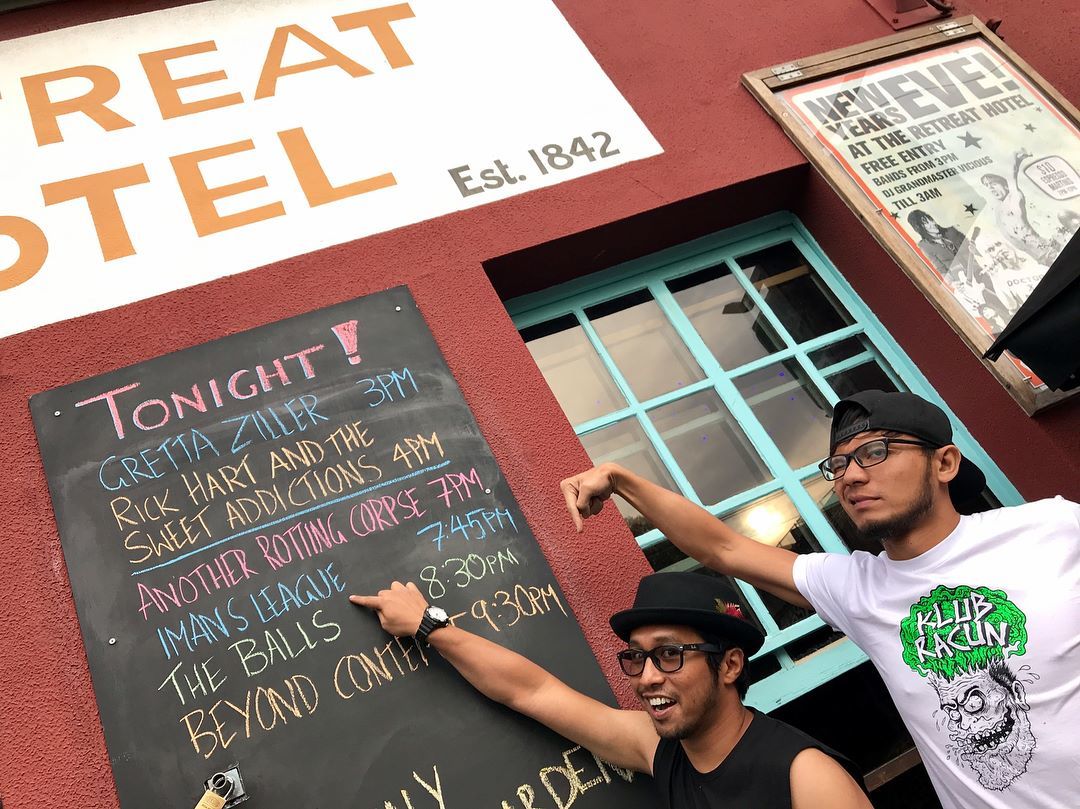 Funding wasn't so bad as the band had the help of grants from the National Arts Council, but they still had to make a few more sacrifices for the tours and these festival slots. They had to take unpaid leave from their full-time jobs as they were short of annual leave.

"For non-festival tours, we will have to book our own shows and even search for shows that we can ride onto. Also, depending on the venue, you have to make do of whatever equipment you have. Unlike in festivals, where equipment provided are top notch. Non-festival tours are more tiring as we need to travel from state to state in a short period of time," he said.

Of course, Iman’s League would know the difference. These opportunities to play their music to audiences abroad in different settings are hard-earned and they don't just fall on to their laps. Though the band only started touring 4 years into being a band, they started out small by doing short 3-day tours.

"When we first started touring, there were lots of hiccups. Shady promoters promised a line up of big shows throughout the tour but we found out that some shows were only organized the same day we travelled to the show venues. But of course, we played our hearts out still. Cancelled shows are common when on tour, even if you've travelled thousands of miles just to get there." 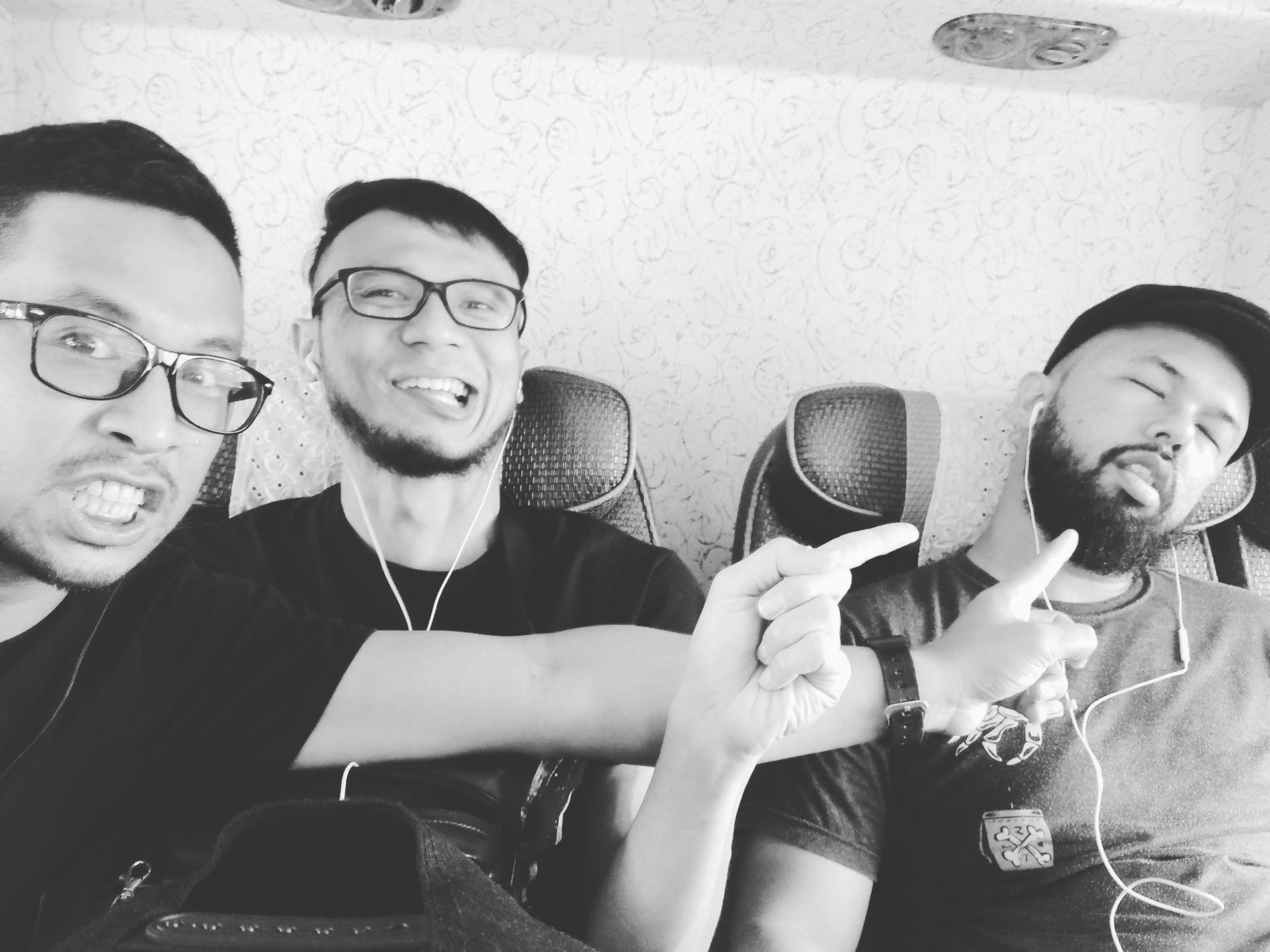 Iman's League slowly travelled to more places like Thailand, Indonesia and Borneo, and have been working their way up ever since.

"There are so many things that we learned from doing tours. We learnt how other bands from other countries manage themselves, how they prepare for shows and how they perform.

"But I guess mostly, we learnt how to improve ourselves when performing on an international stage. The pressure of performing in front of a crowd you have never met before will always be there... but we always tell ourselves to just do it. If not now...when? We are getting older each day."

The band's dynamics and relationship also improved with touring.

"We tend to get used to each other nonsense during tours and we learn to take care of each other and look out for each other." Iman says. "Touring will determine if you can live with each other for at least 1 week. If the band can survive that, most probably they'll last long." 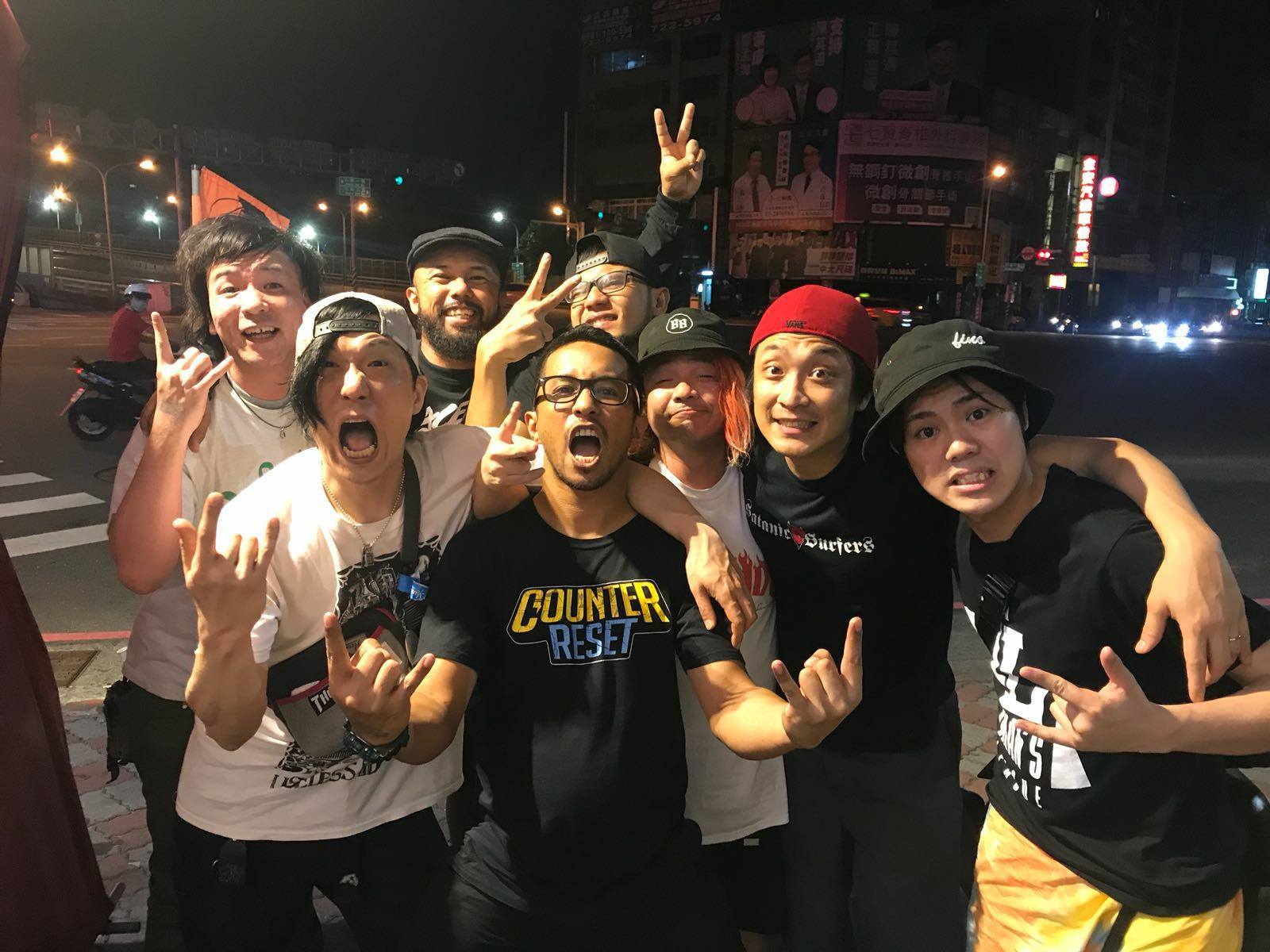 Looking back on their years of experience, Iman’s League have some advice to give to bands who’d like to take their music to overseas audiences.

"Our advice is to save a bit of money. Record an album and start touring. Always remember touring doesn't mean that all your shows will be big. Sometimes, you get to sleep in a proper bed but most of the time you'll sleep on the bus or on the floor.

"But the main thing is to give it a try. Go on tour and start having fun with your bandmates. Go through that 'Shit Happens' phase and one day, you will look back and laugh about it. These are the things that money can't buy."

Iman's League will be releasing their fifth album sometime this year and the band will be aiming to go on tour again – so audiences all around the world, watch out! 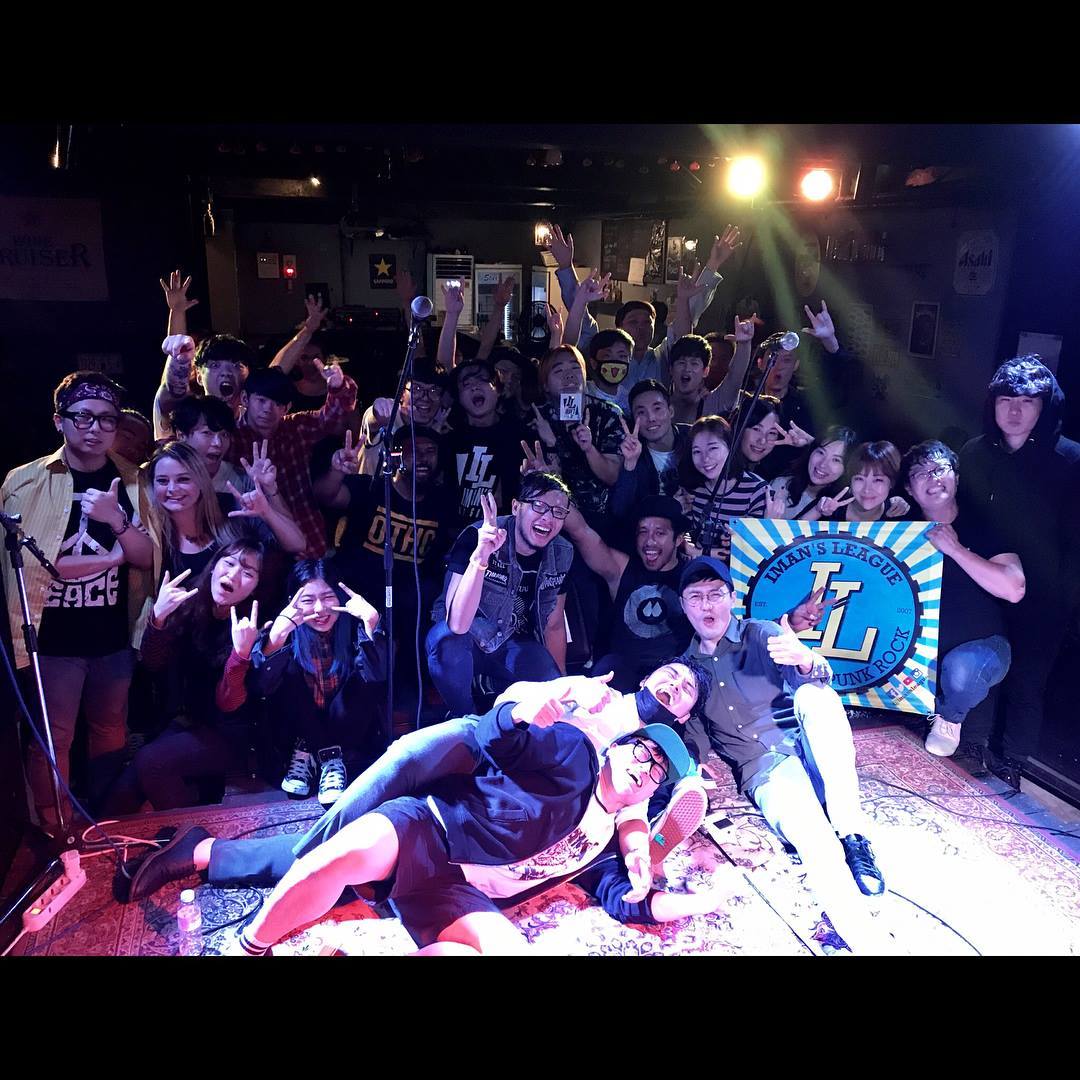 Watch Iman's League tear it up in Taichung, Taiwan at the Punk Strike Festival here: