The first Up Dharma Down song I ever heard was ‘Oo’ [Yes].

It was way back in 2006 when I was still a college student, coming to terms with the realities of life and relationships. I liked that it had a laidback groove which belied its melancholy lyrics- “Di mo lang alam, naiisip kita / Baka sakali lang maisip mo ako” [Don’t you know, I’ve been thinking of you / Just in case you’ll think of me too] — much like putting on a smile despite the sadness in your heart (my younger self was dramatic like that).

And the first Up Dharma Down song I fell in love with was ‘Pag-agos’ [Flow].

I can’t remember now when I first heard it, but it remained with me through my university years. Like its title, the song’s intro flowed perfectly into Armi’s evocative vocals — we have an expression for a voice like that, “ang lamig”, to which I don’t know the precise English translation.

I didn’t own a lot of music back then, but I had their album Fragmented, and it was often enough to keep me company through particularly poignant moments growing up. 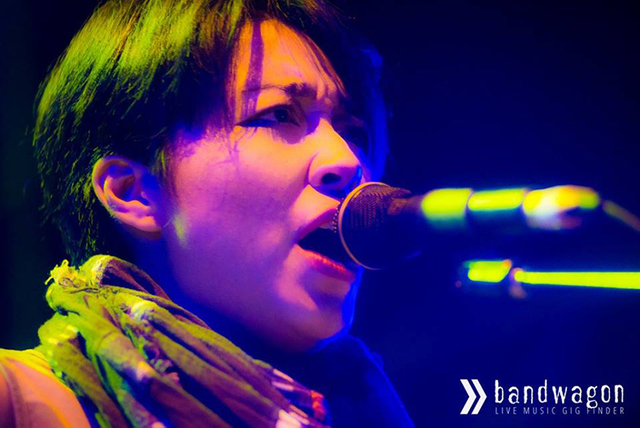 Over time, as new artists and new songs filled the airwaves, I listened less to Up Dharma Down. A lot of things, aside from music, occupied my time during those years after graduation and getting my first job, so I missed out on the band’s sophomore album launch. A couple of years later, I discovered the single ‘Sana’ [If Only] and fell in love once more. I had an iPod Classic back then, and I was listening to Bipolar on the long bus commutes home after late nights at work, thinking about meaning and purpose while listening to the hidden track in ‘Sugarcoats and Heartbeats’: "I tried to talk to myself / To figure out a plan, but here I am / Shape-shifting again".

I had just moved to a different country a few months before the band released Capacities. And while I found the first single ‘Turn It Well’ to be okay, I gravitated towards a later one called ‘Tadhana’ [Fate], with its themes of distance, love, wistfulness, and, well, destiny: "Ang bagyo ng tadhana ay / Dinadala ako sa init ng bisig mo" [The tropical depression (heh) of fate is / Bringing me into the warmth of your arms].

On a warm Sunday evening just past, with all my memories of Up Dharma Down’s music in tow, I went to watch this band that’s been part of me for the past nine years, play the songs I love.

Opening the night, appropriately titled Terno Inferno in Singapore, were three up-and-coming bands from Terno Recordings - the indie label behind Up Dharma Down.

Skymarines is an electronic duo whose music combines lush soundscapes with entrancing vocals. Their song ‘Dreamer’ is ambient techno pop that echoes the sensibilities of today’s slightly adrift generation: ‘So stop me from falling too fast / I understand that this is too beautiful to last’. Probably named tongue-in-cheek, Hidden Nikki infuses jazzy hooks and melodies into their songs. I think groovy was the first word that came into my mind when they started playing.

Yolanda Moon is a trip-hop group with a rotating cast of session musicians whose songs evoke a hazy daydream of days past. The common thread that ties these three bands together I find is a quality of wistful acceptance — not quite fatalism, but a realisation of the beauty in life and its accompanying fragility.

Without digressing much further, suffice to say the opening lineup geared the crowd for what was to come. 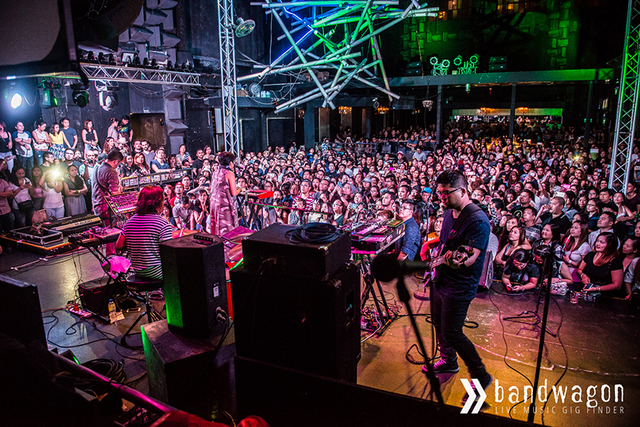 There were probably around 600-odd fans in attendance packing Neverland II at St. James Power Station, and I felt a palpable electricity in the air as the minutes counted down to Up Dharma Down’s set. As Armi, Paul, Ean and Carlos took to the stage one-by-one, the crowd roared with anticipation.

The band started off with the aptly titled ‘Feelings’, and from there they worked their own brand of magic — that of lyric, melody, longing, and memory. They followed it up more songs from their latest album — namely ‘Turn It Well’, ‘Indak’ and ‘Parks’ — before launching into a poignant rendition of ‘Pag-agos’ that was simply sublime. That didn’t elicit the biggest reaction of the night from the crowd though. A couple of songs later, everyone joined in singing the lyrics to ‘Tadhana’.

It made me realise a couple of things.

1. Up Dharma Down is damned good live, even better than listening to a studio album.

Not just because they’re a talented bunch of people, but also because nothing beats singing along with a community of fans who are into a band’s music as much as you are. And Up Dharma Down always draws a huge crowd.

2. I realised that my introspective mapping of Up Dharma Down’s music to my own journey echoed the experience of most in the audience that night.

Our collective appreciation of the band’s songs rooted in our individual stories and paths through life- from the longtime fan with deep roots to particular songs, to the newcomer who’s just begun to create associations from the music to life. Each of us treads our own path, and together we are united by a shared connection to their music. 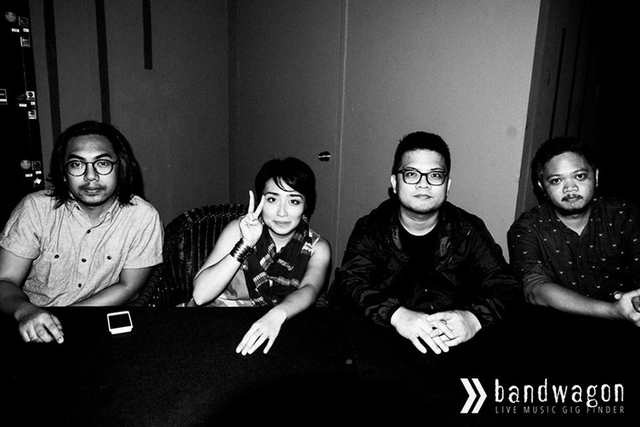 At the end of the night, Up Dharma Down took to the stage with a long encore that included 'Oo' and 'Sana', as well as their newest single 'All The Good Things' (whose music video was shot here in Singapore), marking a reminiscence of the past and a view towards the future. Here’s to hoping we’ll be able to catch more of them again soon.

Check Out Our Full Gallery Here