Music that is pleasing to the ears typically relies on a general tried-and-tasted pace at which to unspool. But BADBADNOTGOOD has arrived at a signature, that, forged in the crucible of next-level, jazz-honouring improvisation, is conveyed to the listener at breakneck speed. Throughout its four albums, including 2016’s IV, in which the Canadian quartet added instrumental hip-hop into its beyond-rich lexicon, disparate musical passages flow into each other like wayward mercury, evading linearity while affirming the singularity of the experience, song after exquisitely composed song.

At Neon Lights 2019, the returning heroes will once again treat the festival to its otherworldly mantle – with new material to boot.

Before the big day, the band chats with us about its jazz-reconfiguring ways.

Thanks for your time. How does it feel to be coming back to Singapore? Do you generally enjoy your time here?

Feels great to be back in Singapore. There are restaurants, people, and places we’re always excited to visit! Plus, it’s really cold at home, in Canada, right now, so we’re savouring the warm weather!

At this point, what gets you excited about playing live, especially in a different country?

We’ve taken some time over the past year to write new material, and it’s exciting for us to introduce and experiment with these new ideas, especially in different countries. Seeing audiences react to brand new songs is super rewarding.

I remember being blown away by BBNG’s improv sections the two times I caught you live in Singapore. How does being in that moment feel? How do you decide when to let loose and when to pull back?

Thanks! Improvising as a band has always been a positive experience. We’ve been playing music together for such a long time that expanding on the form of the songs and reading each other to create peaks and valleys in the energy level is second nature. It’s a lot about being able to hear and see one other, which is why we stay close on stage.

Congrats on the lovely 'Nervous' with Jonah Yano. How did that song come together?

Thank you! We met through mutual friends in Toronto. He had fairly recently relocated from Canada’s West Coast, and has such a unique sensibility and talent when it comes to songwriting and playing. We were spending a lot of time in the studio just making new ideas with no expectations, and spending time with him in that space resulted in this track. He’s certainly someone to watch!

Your Late Night Tales mix is one the very best in the series. What inspired your selections?

Each member in the band brought a selection of songs to the table which spoke to them, we listened and pared them down to create a playlist of tracks we all loved. We’re big fans of this series, and when we focussed the list to LP-length, it was intended to represent something close to a diverse snapshot of our friends' influences at that time.

And on that note, what do you think of the playlist culture propagated by streaming platforms?

The part of it that allows people to seamlessly discover new music easily and broaden their horizons is a great thing. We’ve definitely found so many new things we love because of a combination of streaming services and social media. Perhaps streaming has changed attention spans, but, ultimately, the curation aspect of playlisting can be a really positive force in unearthing lesser-known music both new and old!

How have the few years since IV been treating you? What are some monumental things that happened that have shaped the music to come?

Since IV came out, time has really flown by. Playing festivals, traveling and collaborating with new people have all influenced things to come. 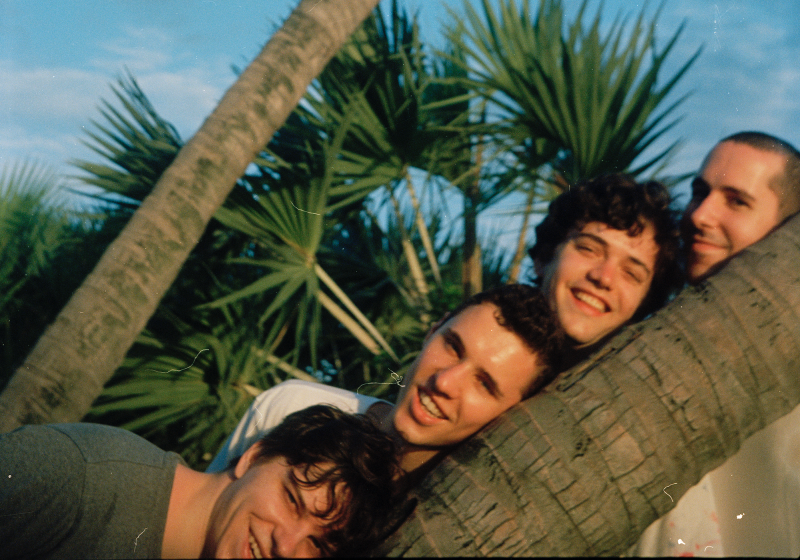 When can the people expect new music?

We’re working on new material, and while we have no specific plans to share, we’re playing lots of it at our shows!

Neon Lights is set to be held at Fort Canning Green on 23 and 24 November, 1pm till late.

Only Tier 3 tickets, priced at $148, are available for Saturday, 23 November.

Tickets can be found at www.neonlights.sg