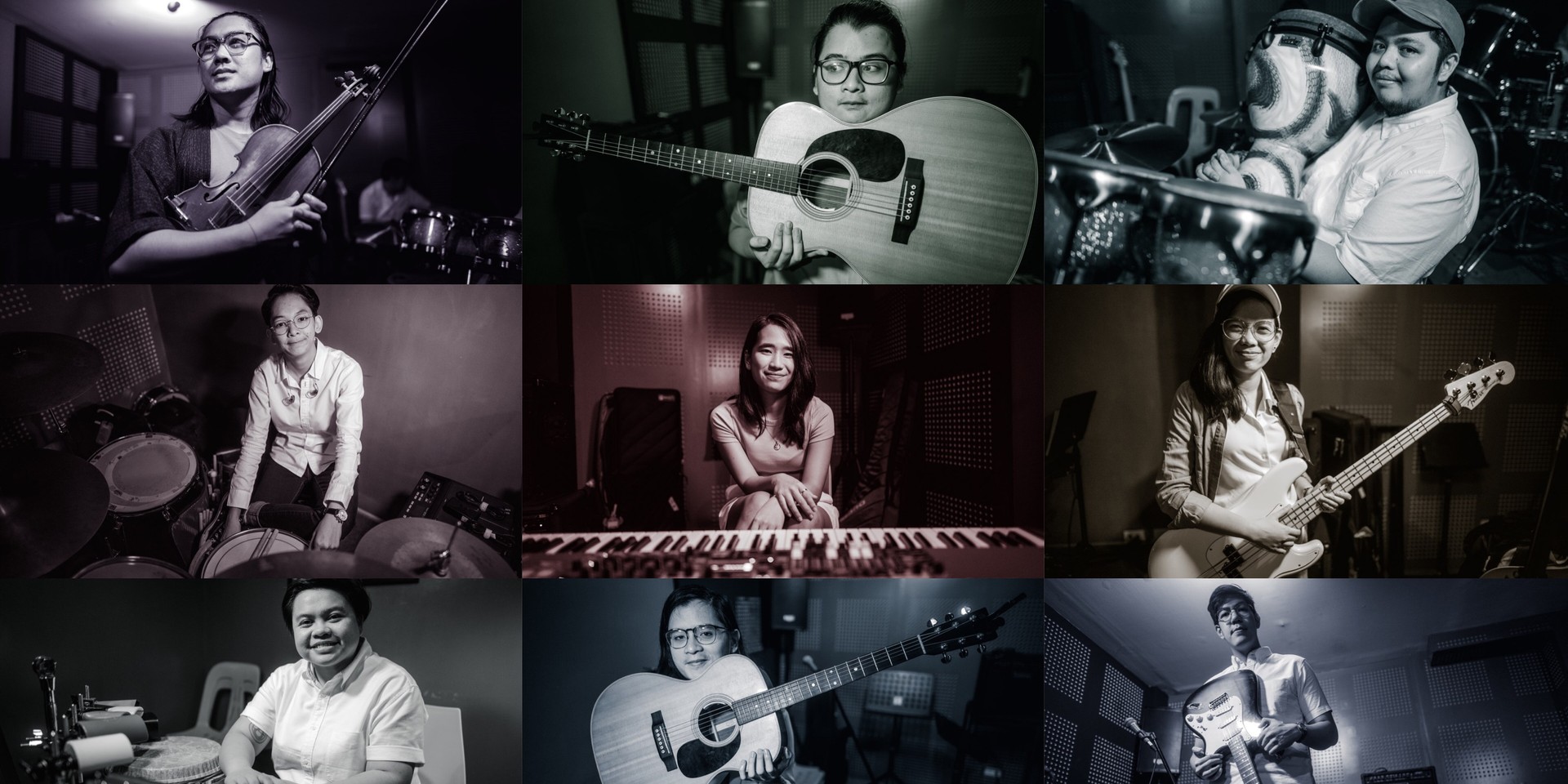 Everyone knows Ben&Ben. With their performances aplenty in and out of the metro, their songs used in movies we have known to love, and their new and (literally) out-of-the-box album coming out soon, this nine-piece band has the whole country’s eyes — and ears — on them.

But despite all these and the numerous social media accounts made for and by them (and their instruments), every one of them still holds many untold stories. These tales have not only shaped their musical journey as a band, but has also let us see the individuals who have made Ben&Ben the folk-pop outfit they are today.

We at Bandwagon sat with the gang one afternoon to talk about where their passion comes from, how they started with their craft, and what lies beyond what is seen in the public eye through doodling: 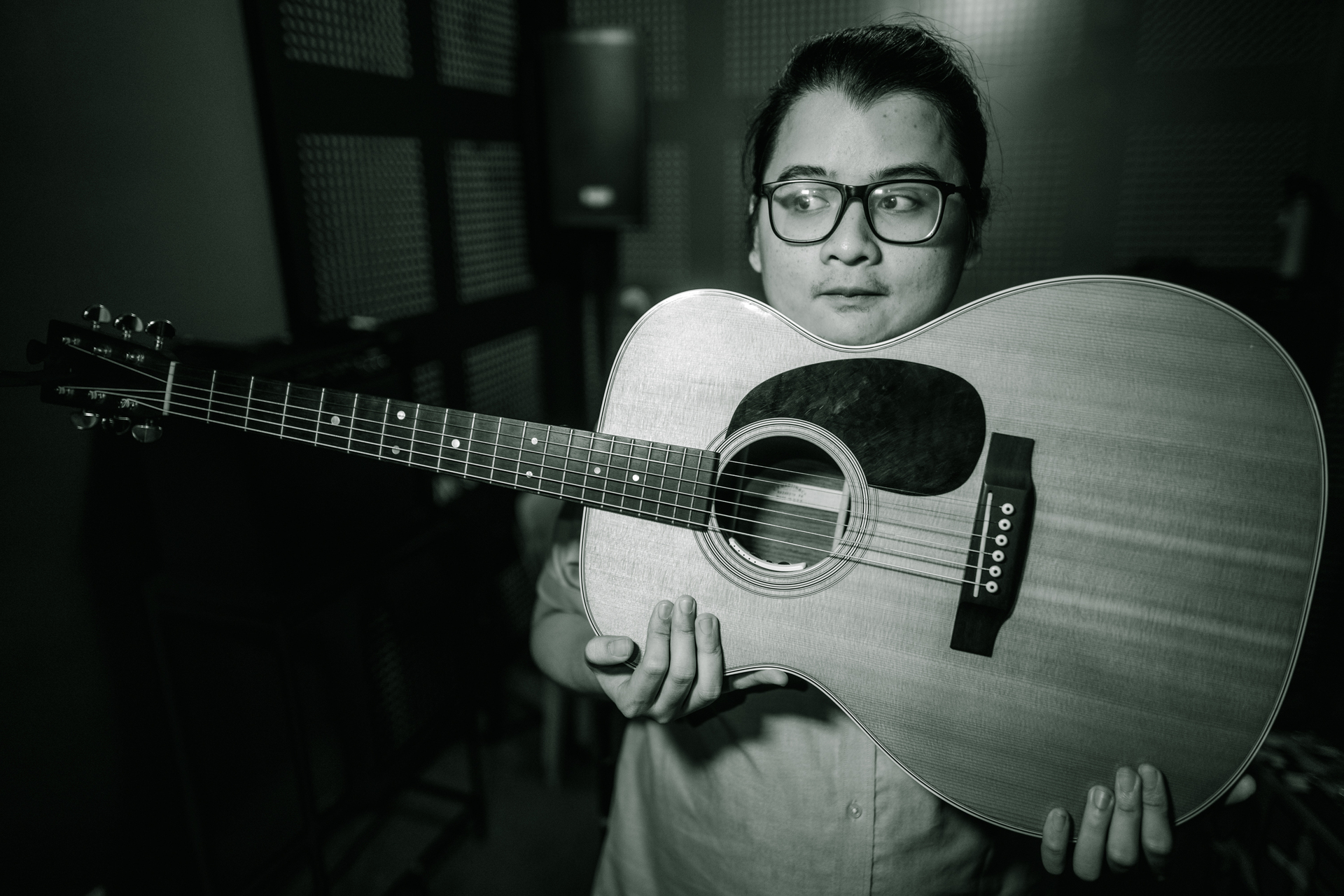 On choosing his instrument. “I didn’t choose it. It chose me. [With singing and playing the guitar,] ‘di siya ever naging dahil gusto ko mag-gitara. It was always because ‘yun ‘yung way kung papa’no ko malalabas yung mga songs. It’s because...I write songs. That’s my thing. And because I want to express it, that’s why I play the guitar and I sing. It’s really because I want to share the songs in my head to people.”

On his favorite Game of Thrones character. “Ako siguro si Brienne. I resonate with the underdogs and people who come from nothing and make something out of themselves. Si Brienne 'yun.” 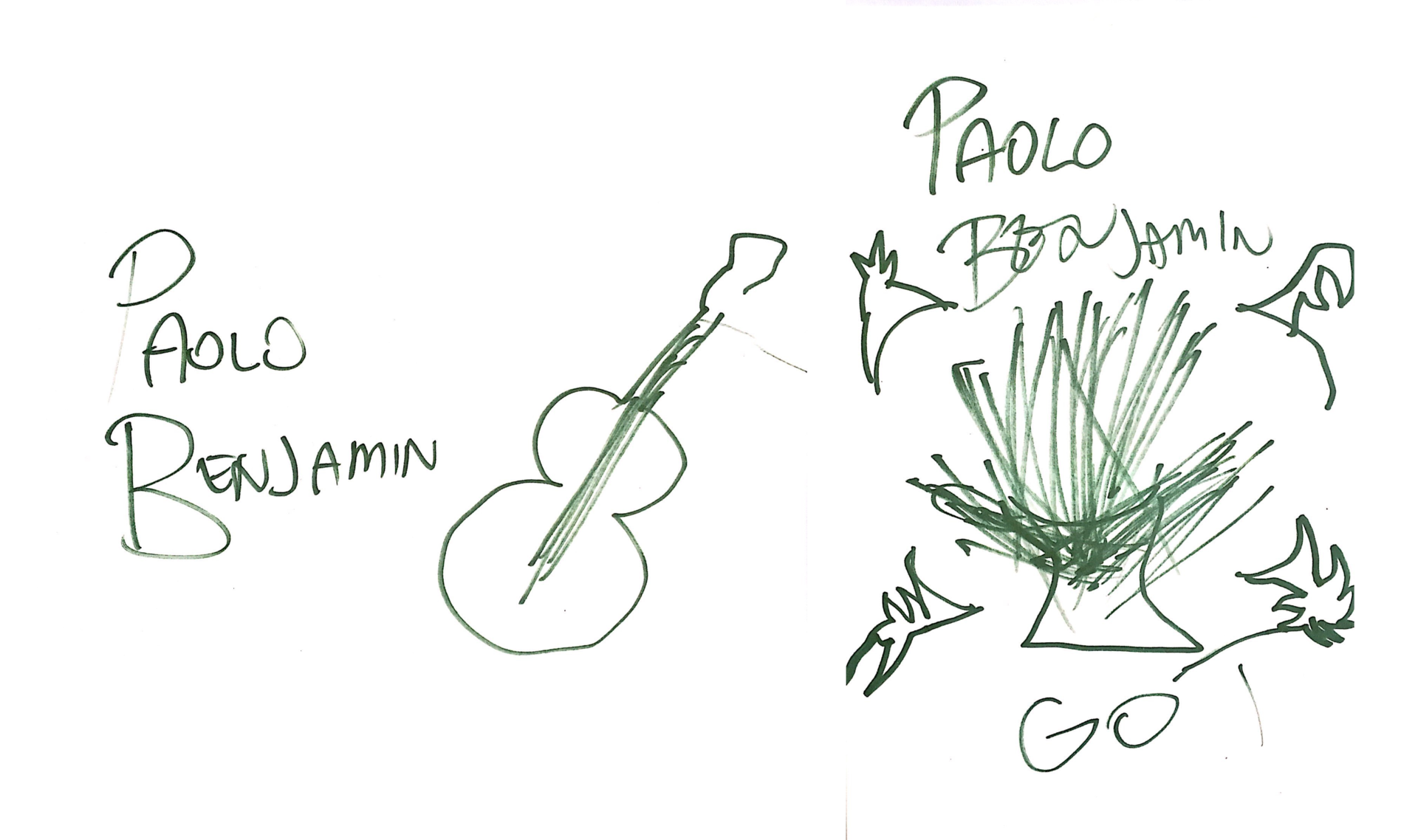 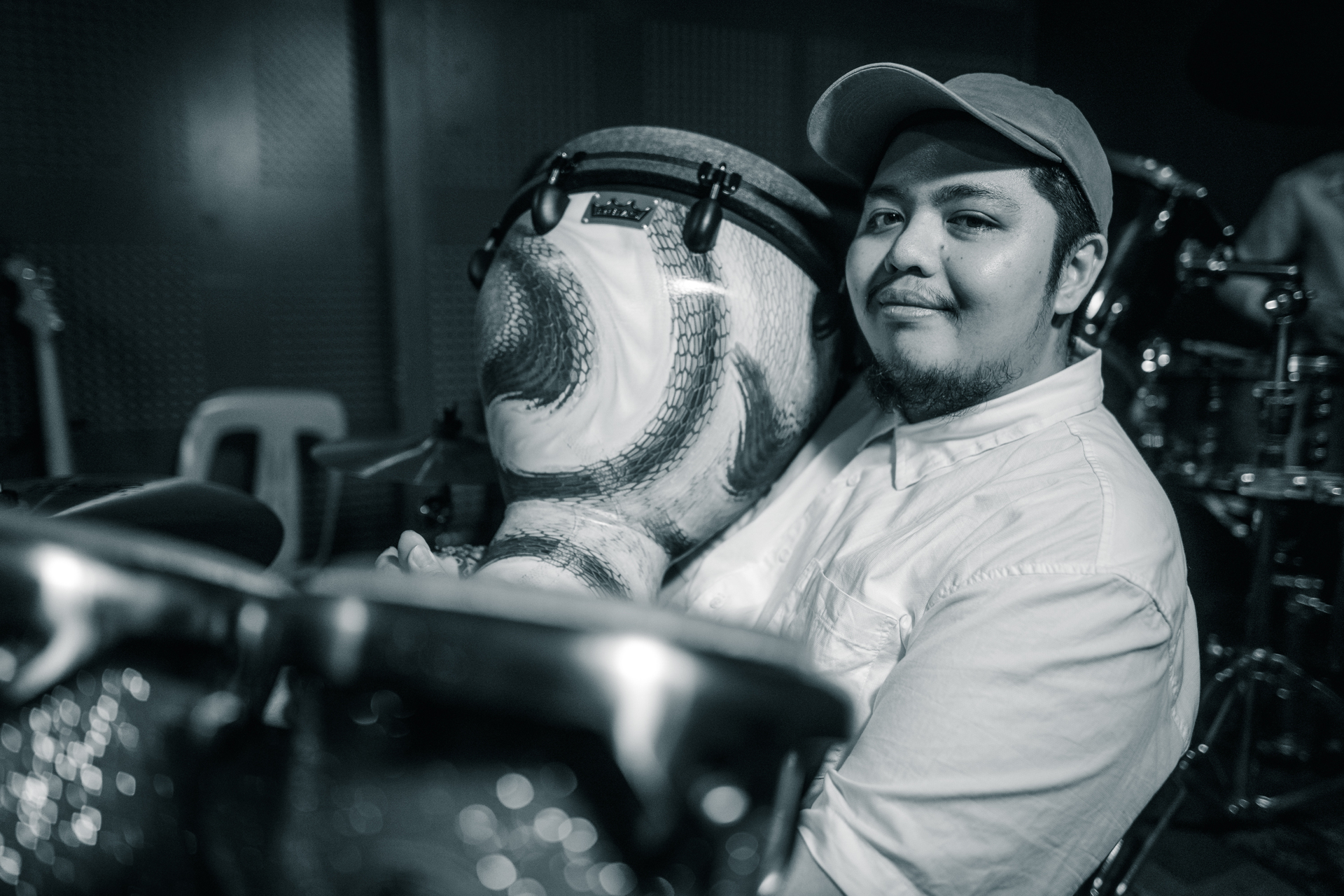 On the unlikely way he joined the band. “One day I was watching Miguel and Paolo at a gig then they said, “Hi, we want also to have percussions to play with us. Do you know how to percussion?” And I said, “Yes, I know how to,” even if I did not really know how to. So I bought one. And that’s how I joined.

On liking non-music stuff. “I like cooking. I did theater before. I play a ridiculous amount of games. I go mountain biking when I have the time and friends. […] I like making coffee now and I used to like to do handiwork, like anything with tools and making furniture. I just don’t have the time and materials. I used to work a lot on guitars, disassemble them and then fix them up and repaint them, but it takes a while." 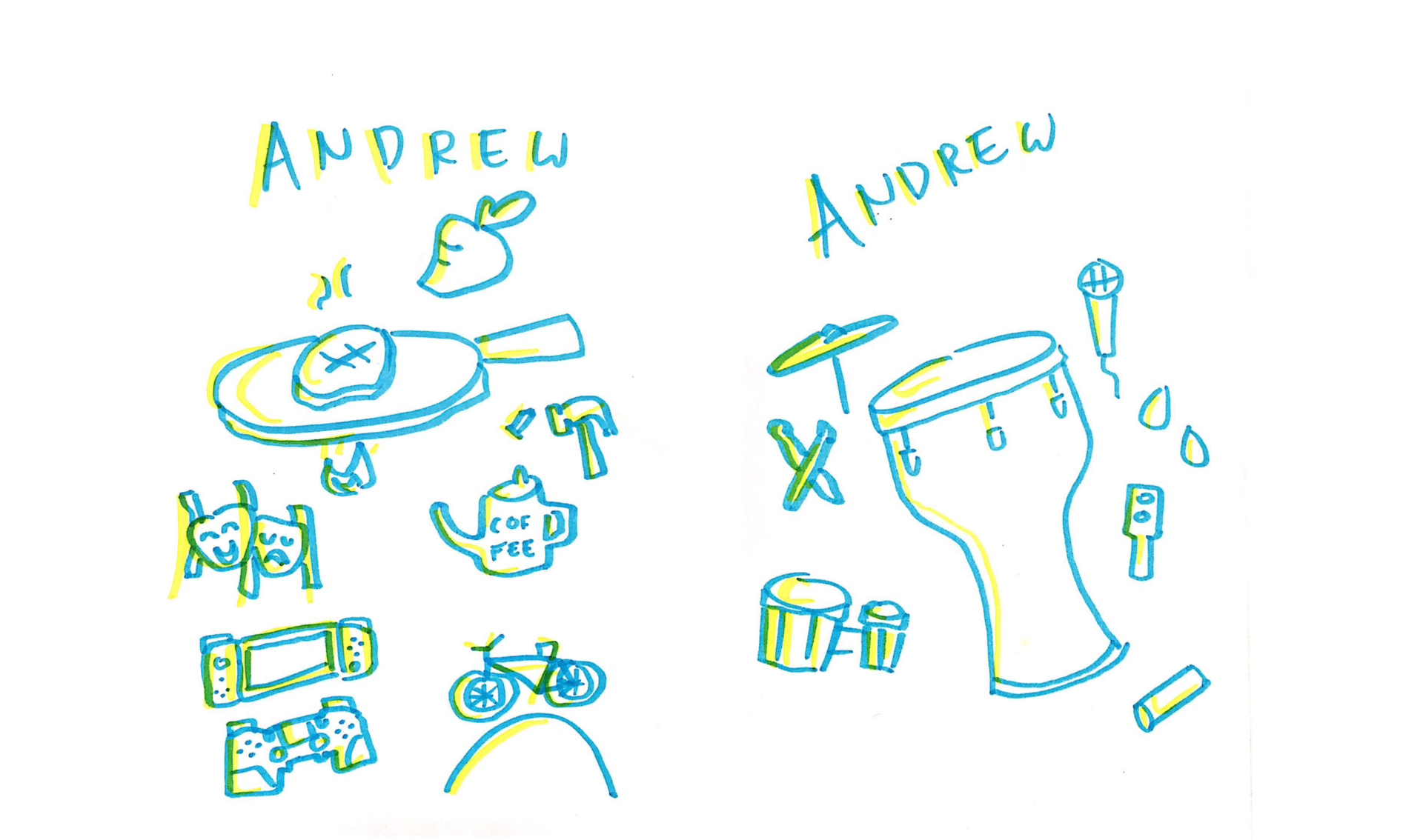 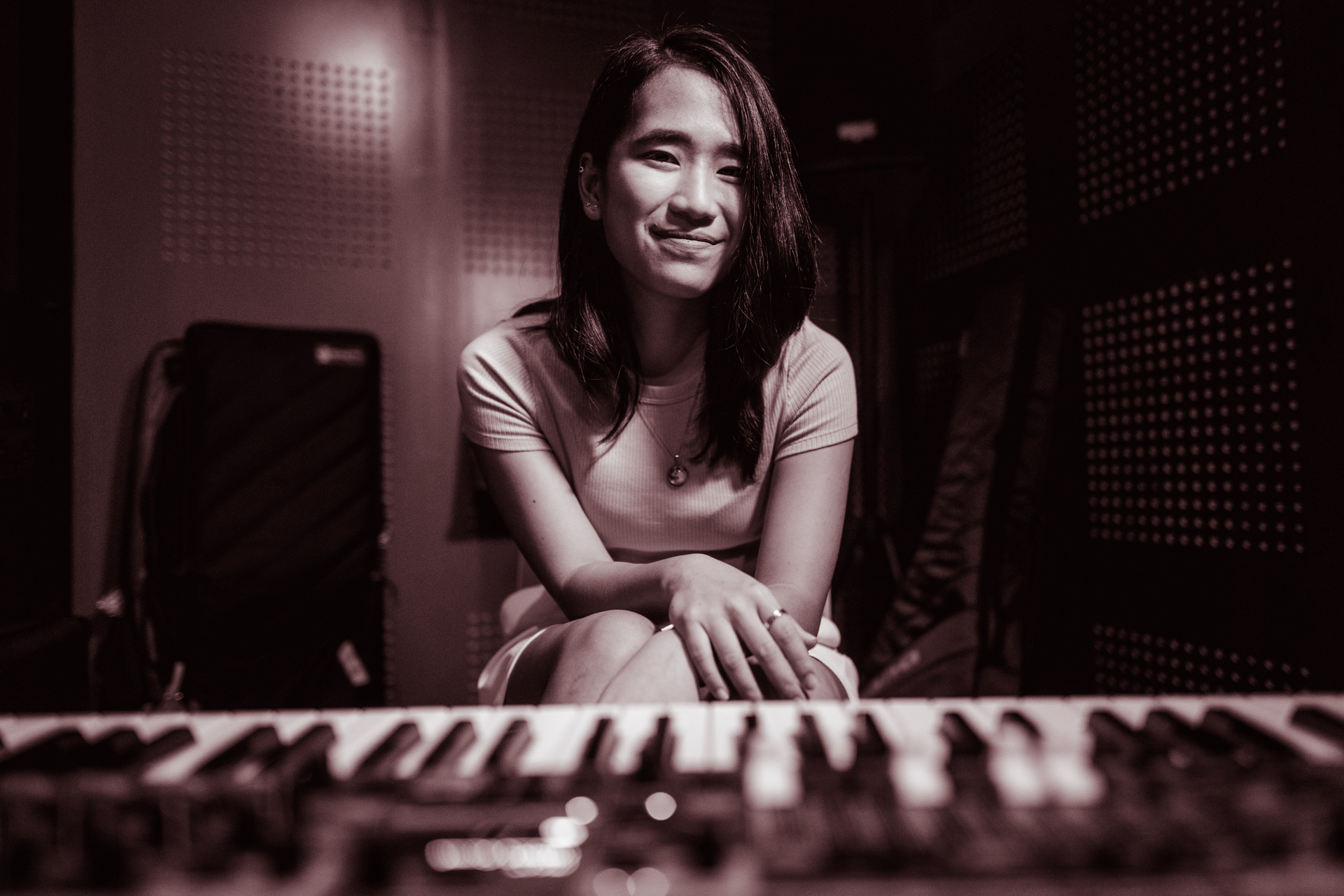 On reconciling with the keys. “Yung dad ko kasi is a musician. So if you grew up with a dad who’s a musician, mapipilitan ka rin eventually. So napilitan ako mag-piano lessons. I used to hate learning this instrument kasi ang sungit ng teacher ko. Tapos lagi ako napapagalitan but mostly because hindi ako nag-practice. Then eventually nung high school when I realized na playing this instrument can bring so much joy to so many people, tinuloy-tuloy ko siya.” 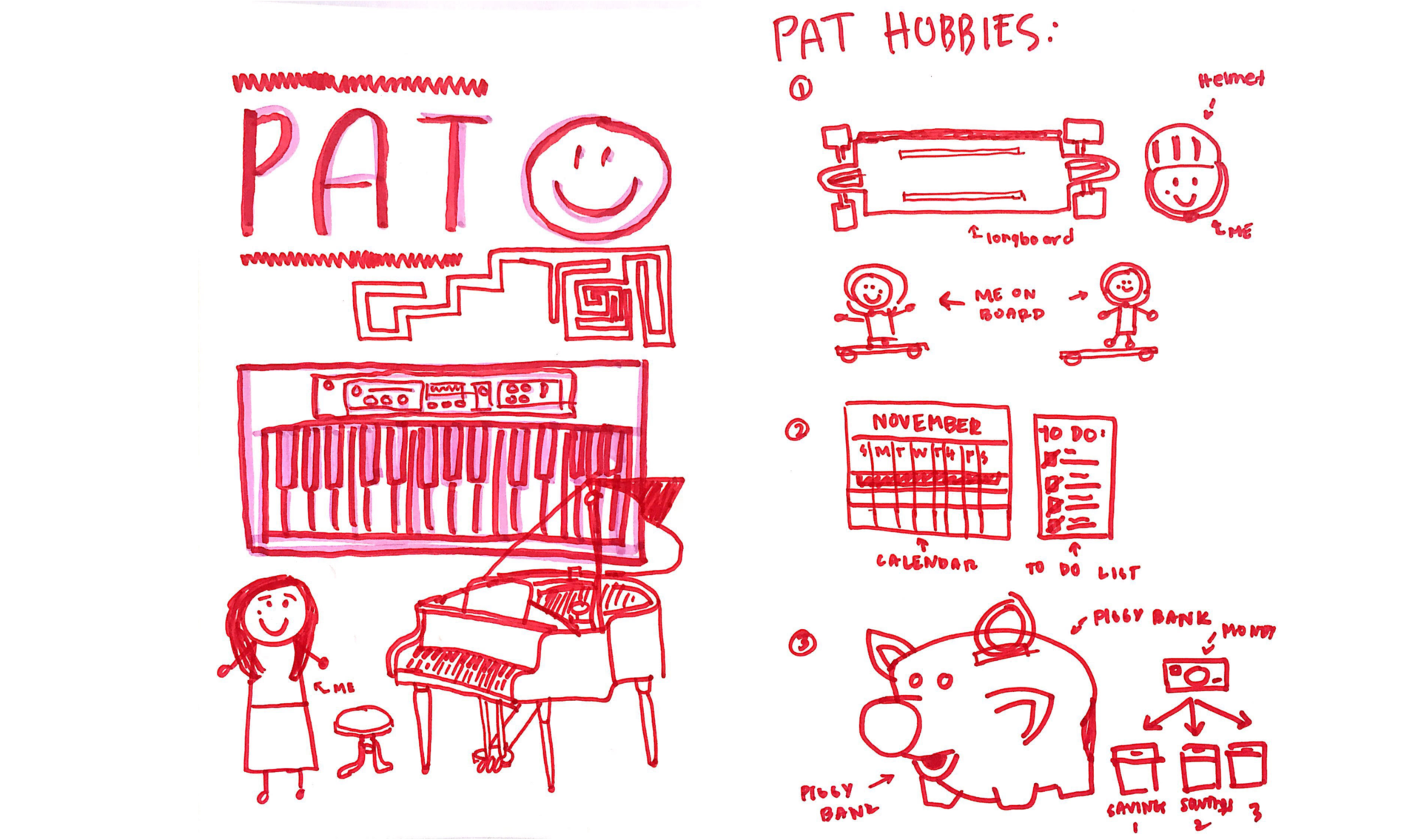 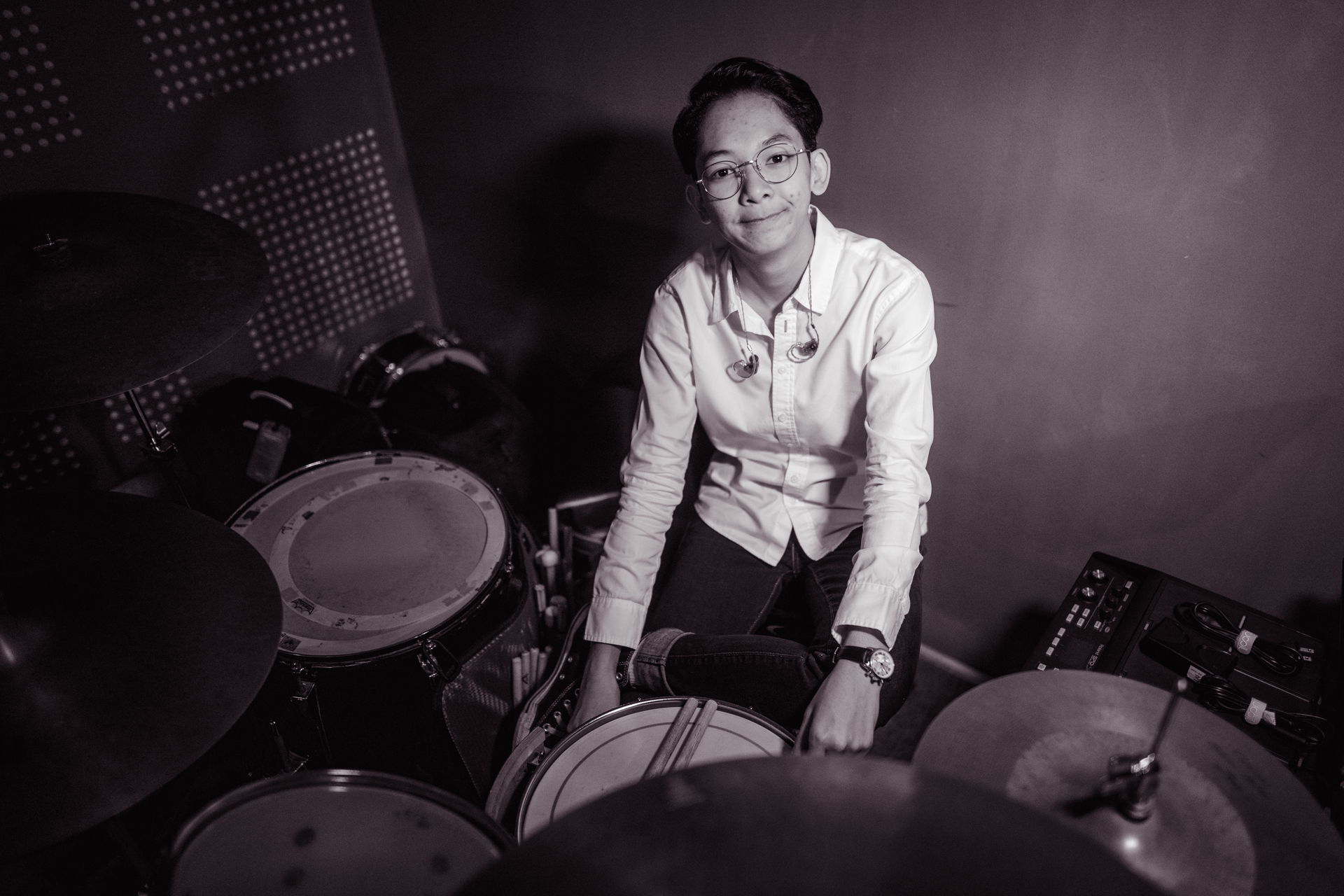 On how being great in school pays off. “According to my parents, I started playing drums at the age of 4, but from my memory, I think I started [at] 7. Ever since, sa drums talaga ako na-attract. […] They bought me my first drum set. I was [in] Grade 3, I think. Because I perfected a computer exam.”

On loving beyond music. ”This is my second love. Film. Siguro kung hindi ako nag-music nga, eto rin yung papasukin ko. I like watching and thinking about things and the aesthetics of it all and hopefully one day, I can do something with film.

“[Saying what my favorite movie is] is such a hard question, but Edgar Wright [is my favorite director]. He’s the director that actually got me into film. So I saw Hot Fuzz and […] when I watched that film, sabi ko, ‘Shit! This shit is so cool! What is this thing? [What is] film?’” 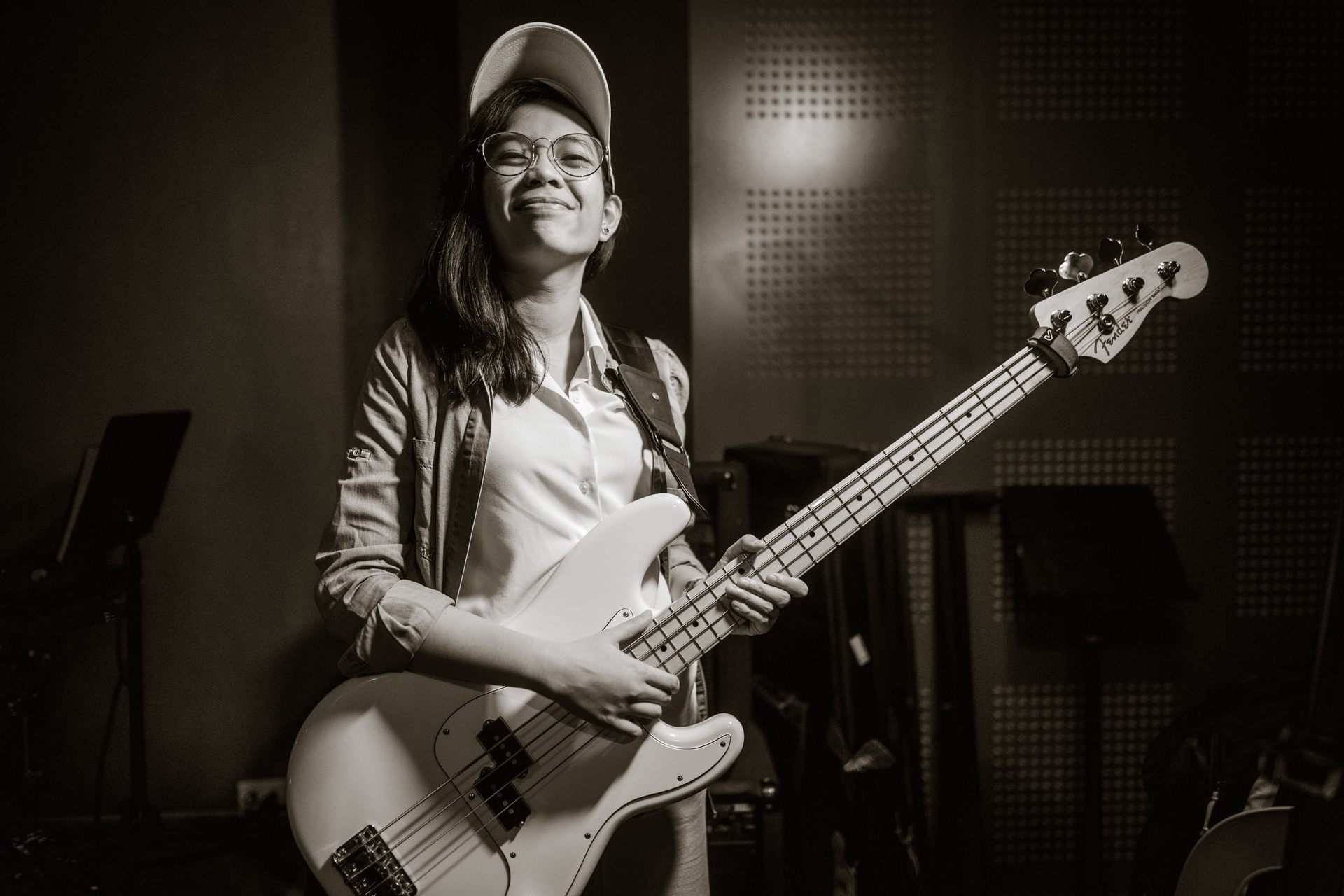 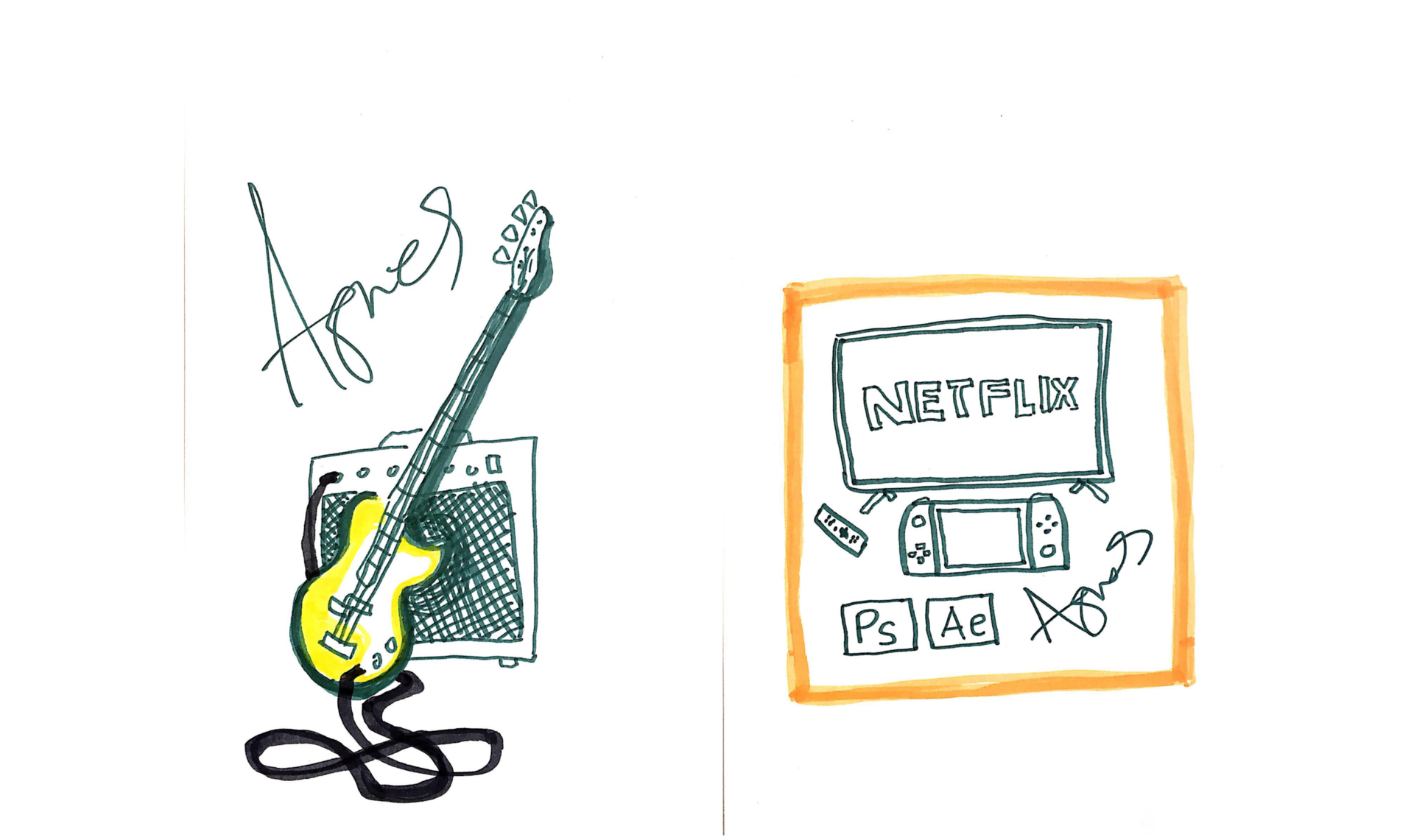 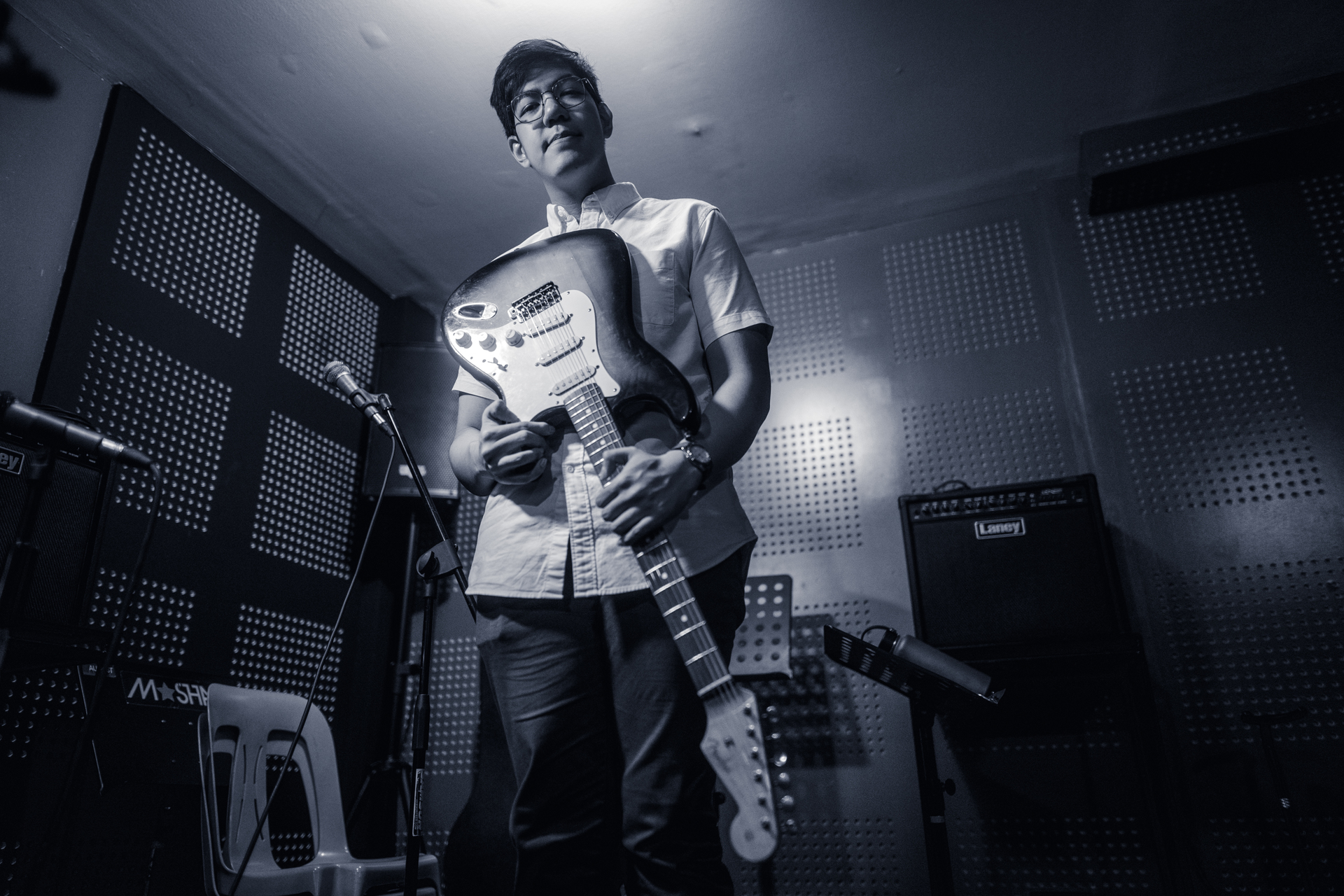 On his first love.  “Hindi ko talaga siya [music] love nung first kasi love ko talaga ang sports. Soccer (football). Wala [ring nangyari]. Sad. Painful for me when I see a football field. Like, we’re driving papuntang gig and I see a football field and…(sighs) first love. […] I don’t get to play na so much. Pati basketball, siguro mga once a month na lang or so. But I crave talaga physical activity.”

“I kind of stopped [playing electric] nung fourth-year high school and first-year college kasi I played acoustic and tried writing my own songs. That’s where I met Miguel, at a songwriting camp. And then si Clara Benin was my schoolmate. She asked if I can play guitar for her and from acoustic, I transitioned to electric and then I see them (Miguel and Paolo) sa mga gigs, playing their songs. And then yun, they asked me to play electric guitar for the band and the band happened, and since nun tuloy-tuloy na.”

“I like watches, so I put it there. And super love ko rin yung Rubik’s cube.” 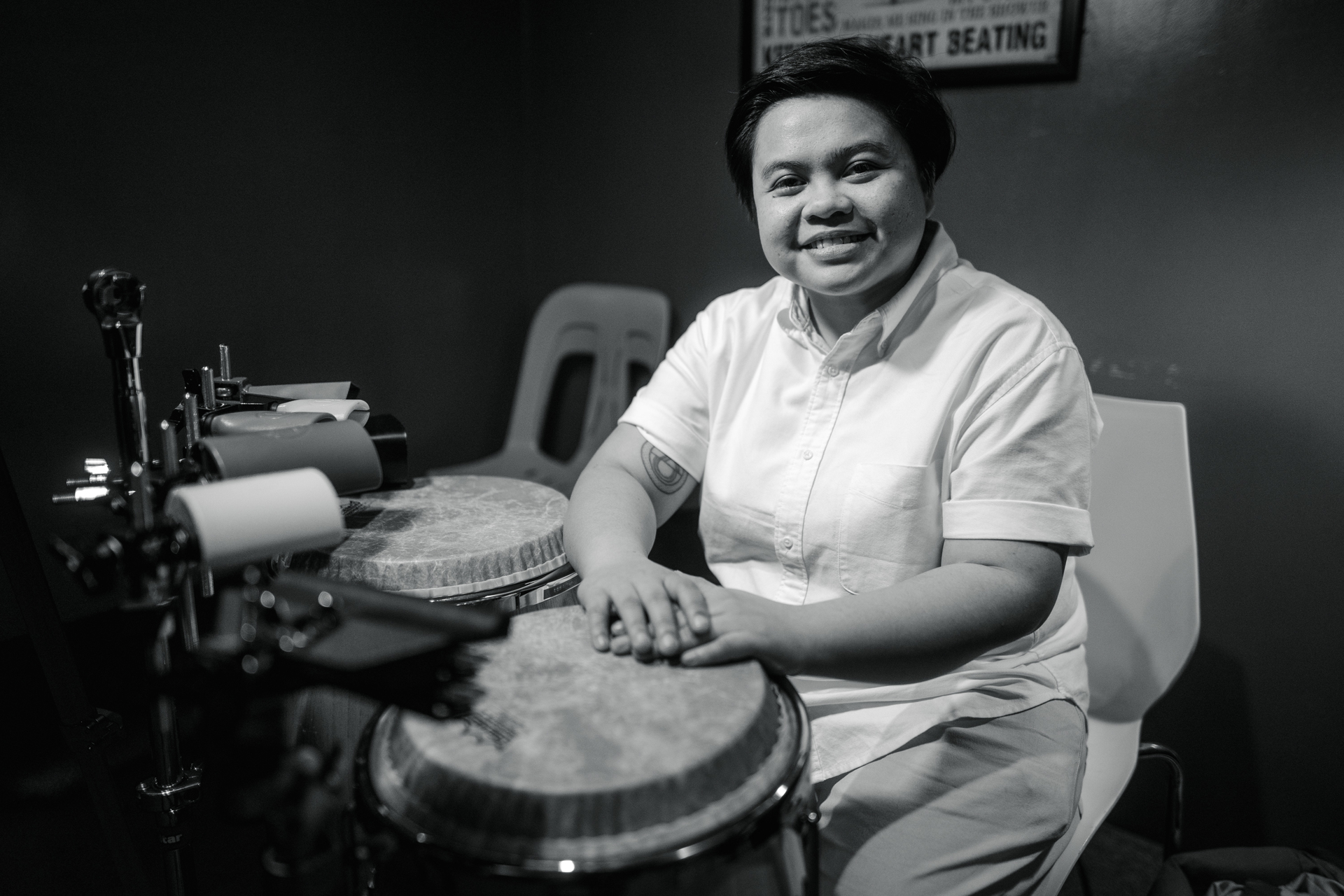 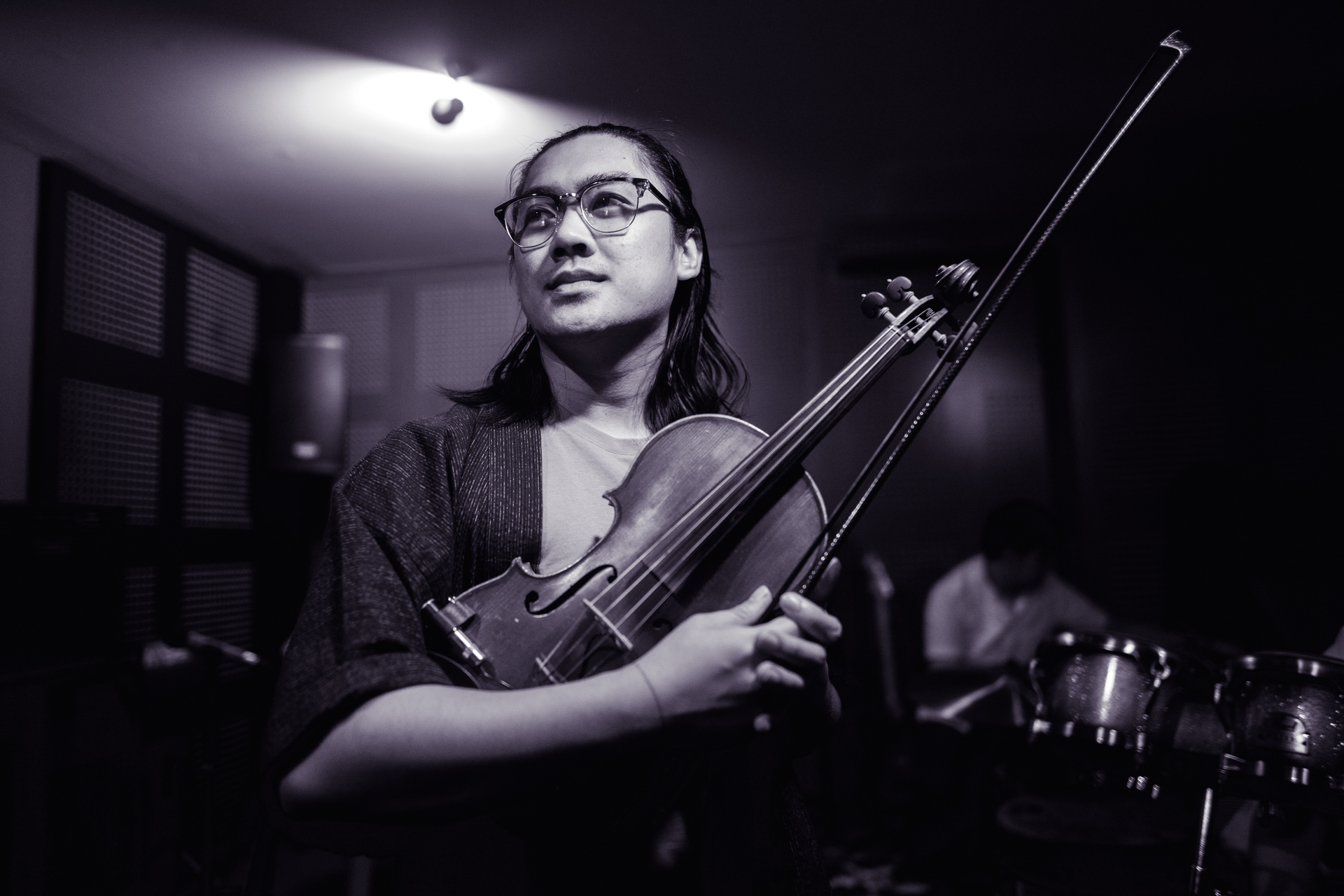 On saving the world, his way. “I delight in talking [in] the invisible things. I love people. And most of all, I [would] love to save the world. But I can’t do that. But I love doing it through talking to people, conversing, arguing and debating, but in the end, you know, agreeing to disagree. Or agree basically. ‘Cause that’s how you really start to do the real work is when you engage with people. Really know them genuinely. You know, kinda see their vision. Believe in their vision. You know about those conversations really.”

“I love deep talks. That level 8 conversation. It’s like my home. I love people. I love talking.” 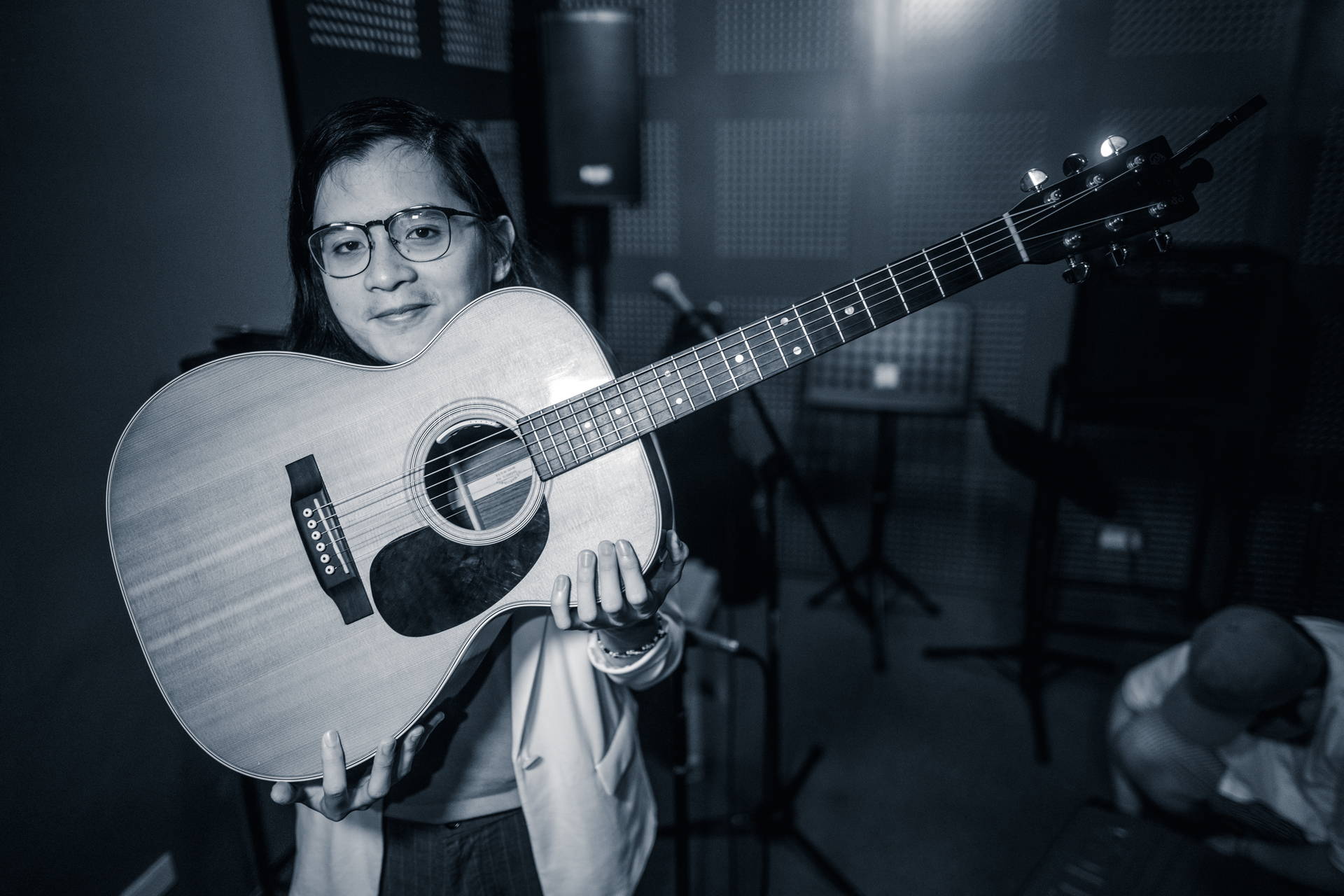 On video editing. “So nung college kasi, when [we] stopped doing music for a while, we each had our own thing. My thing was, I joined this org called Green Media Group [and] I was assigned to the video editing team. […] When I joined, I didn’t really know much about it pero I just wanted to learn something new about myself na hindi as taxing as performing or music pero it ended up na ganun din or mas malala pa. (laughs)

Check out more photos from our interview here: 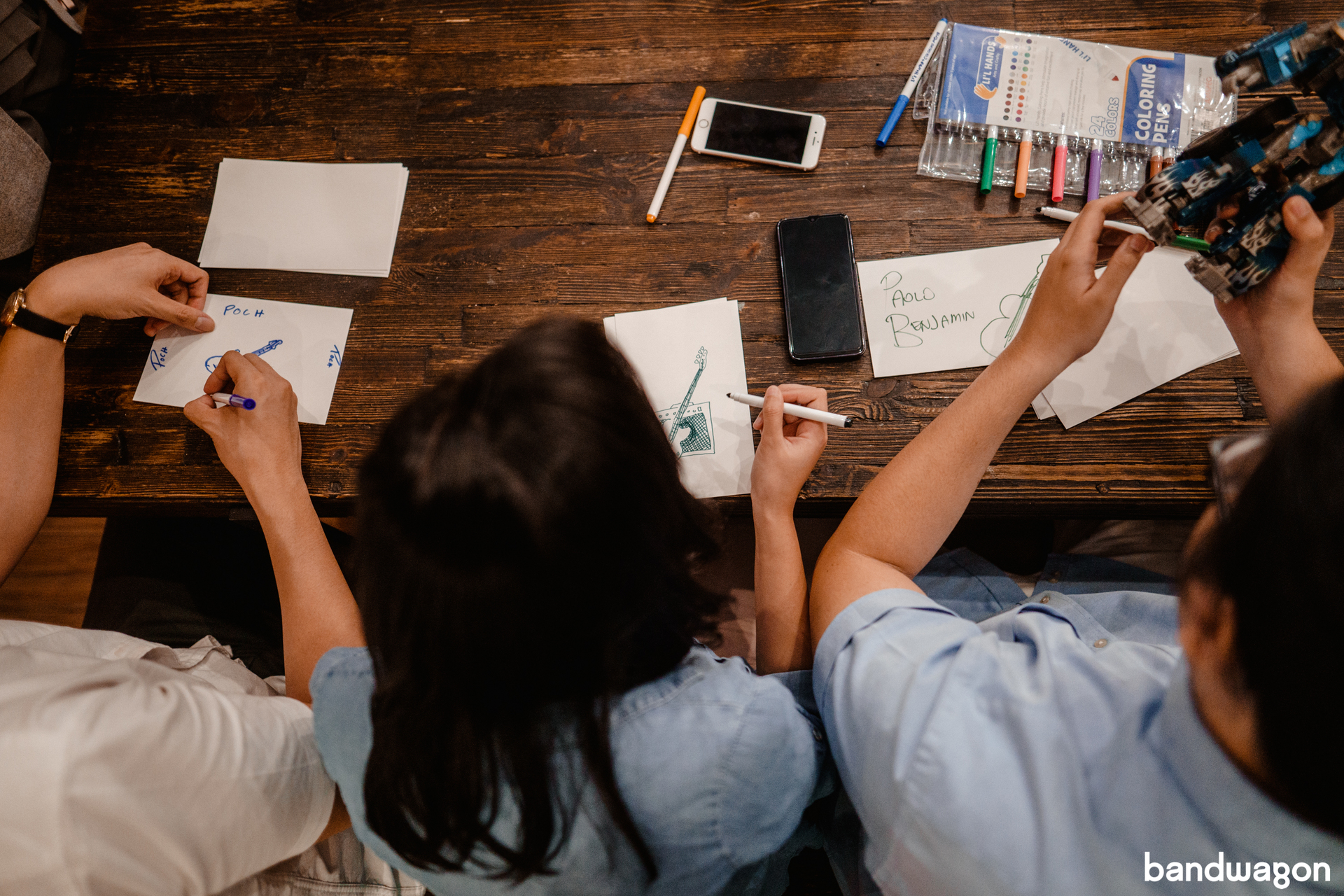 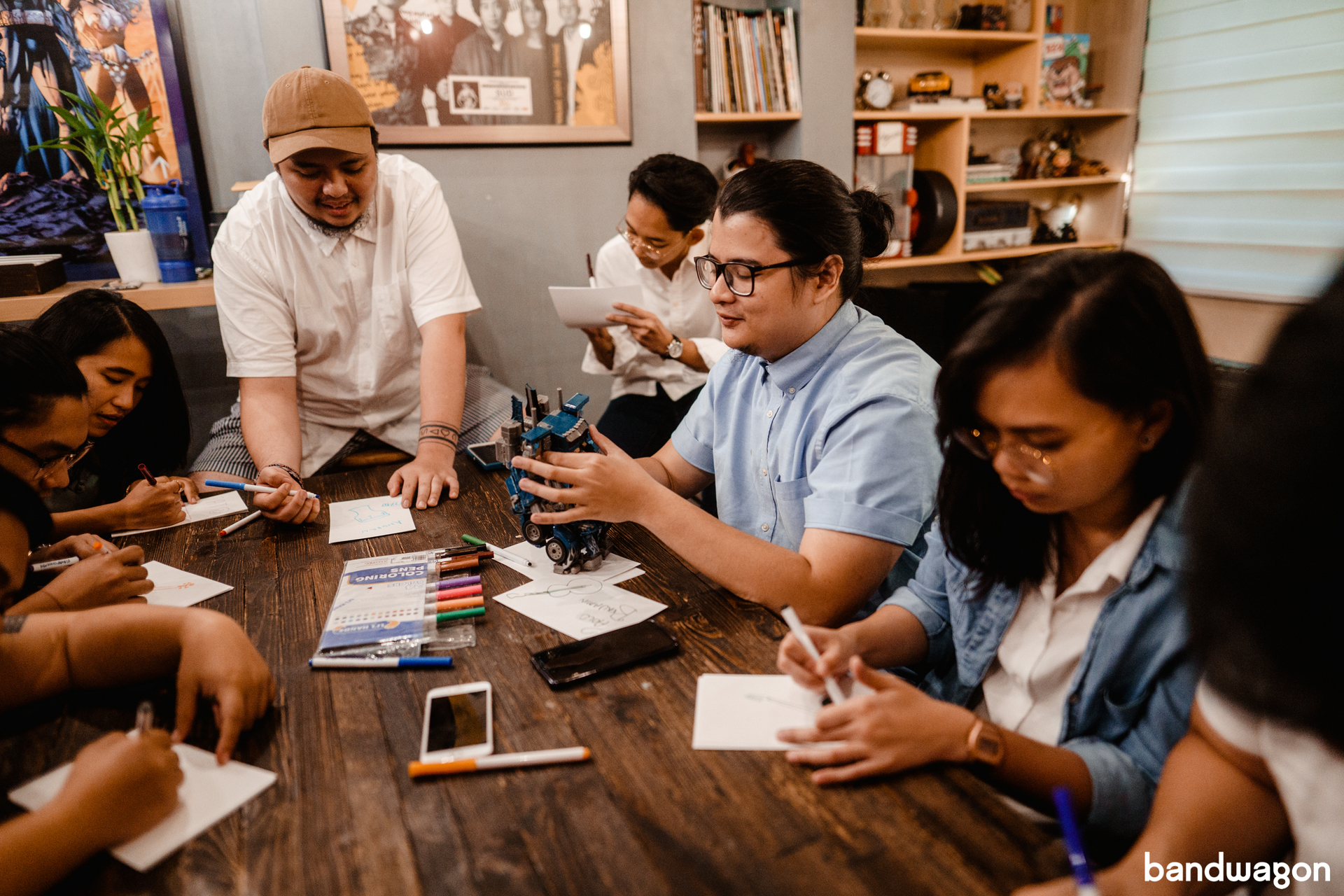 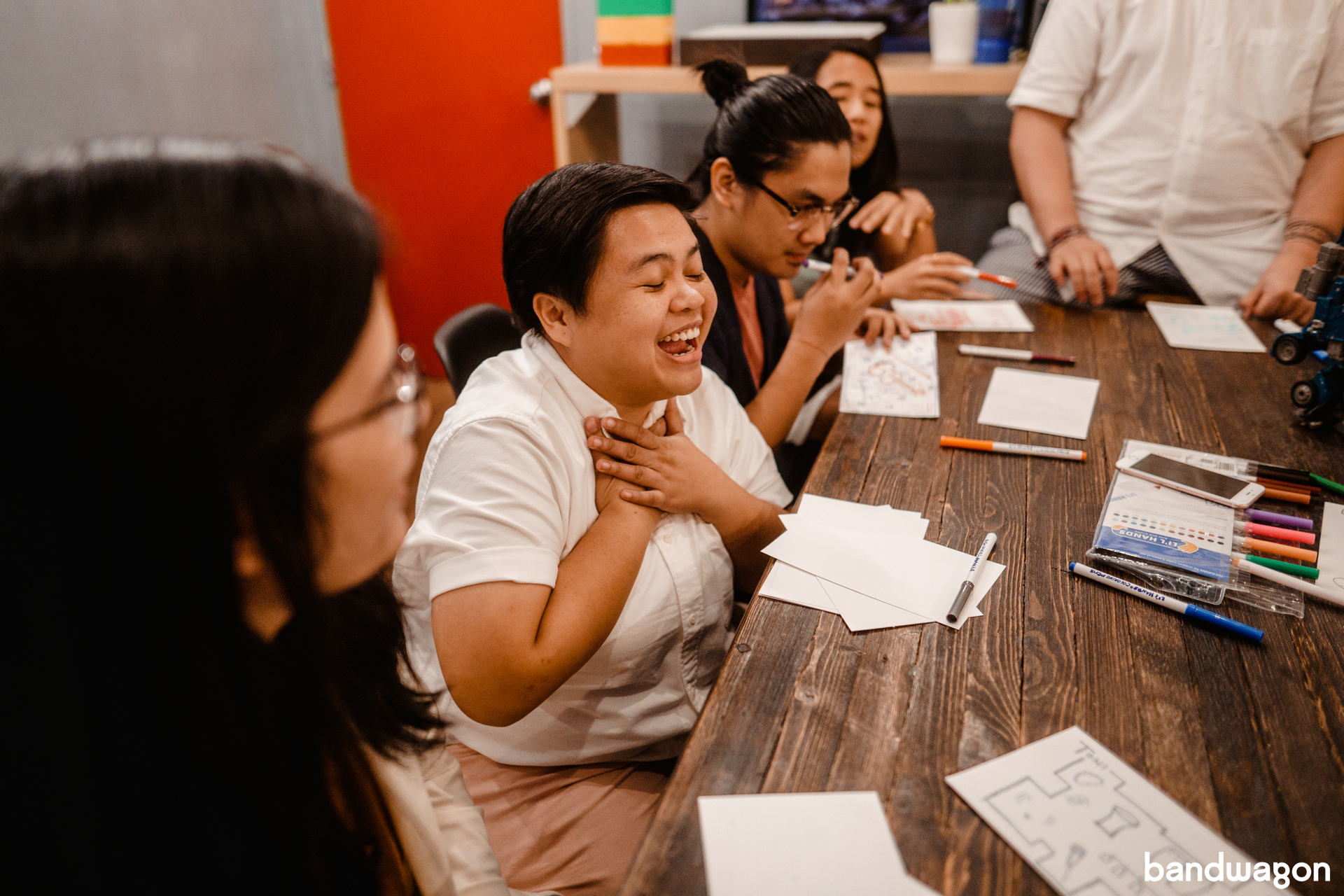 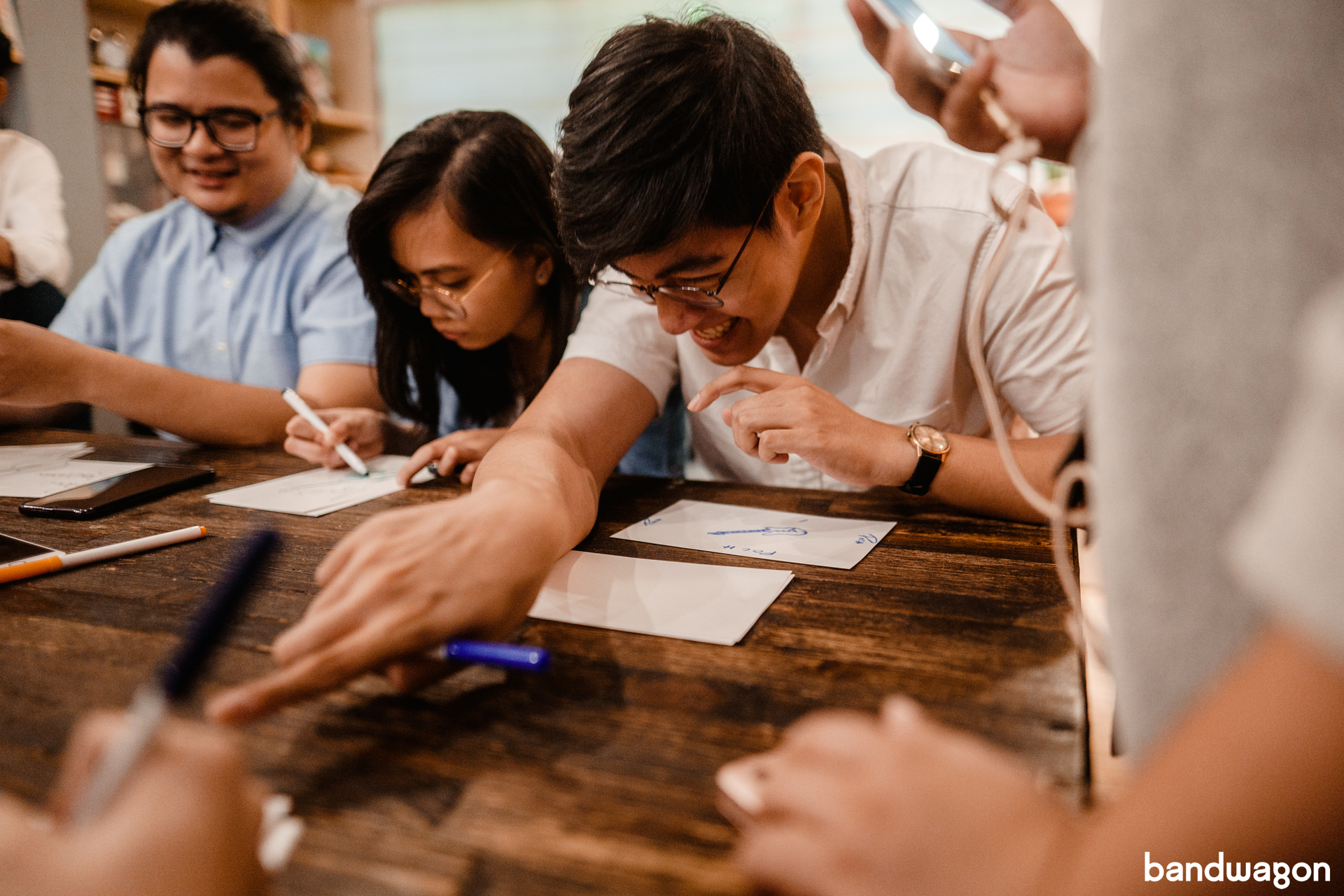 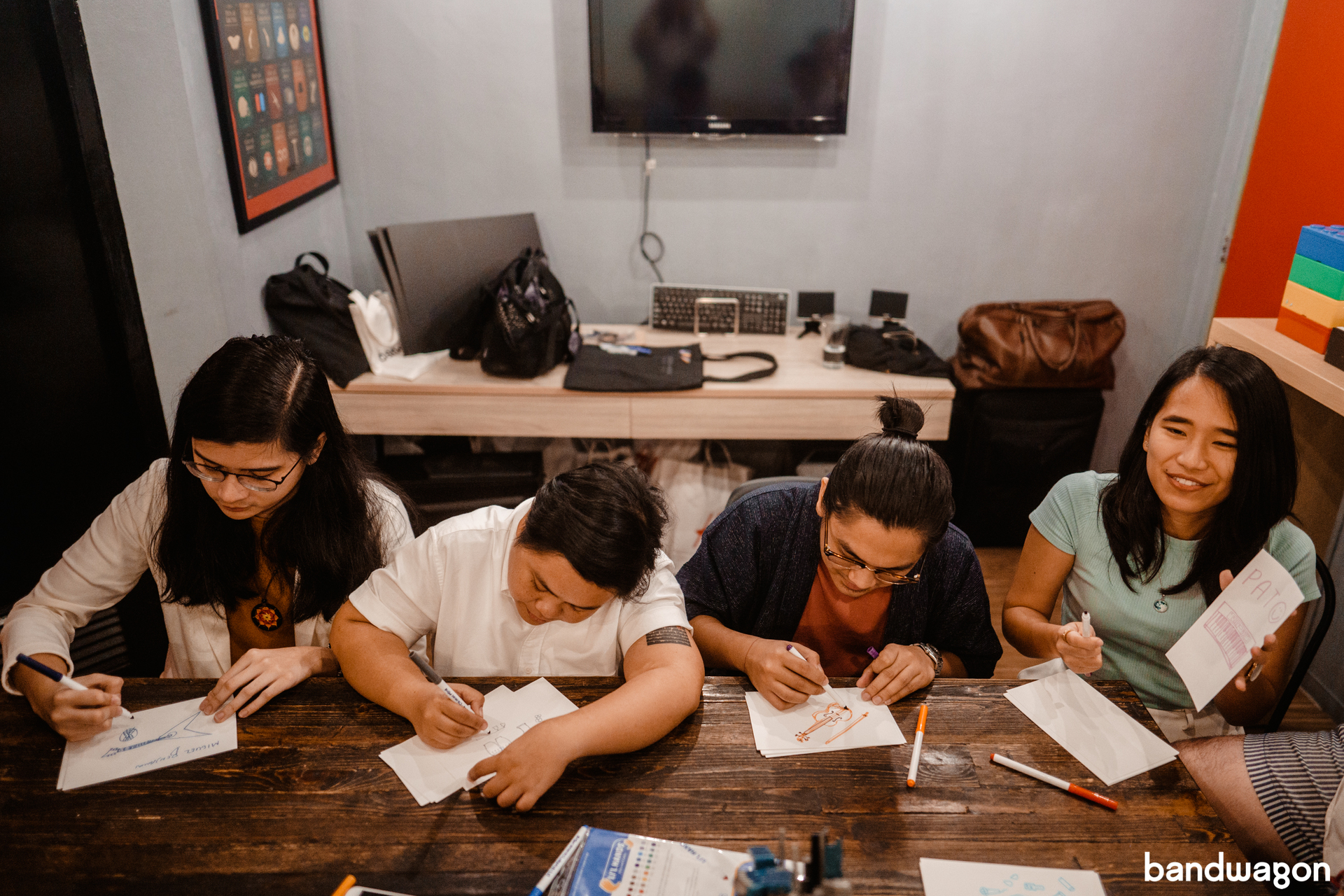 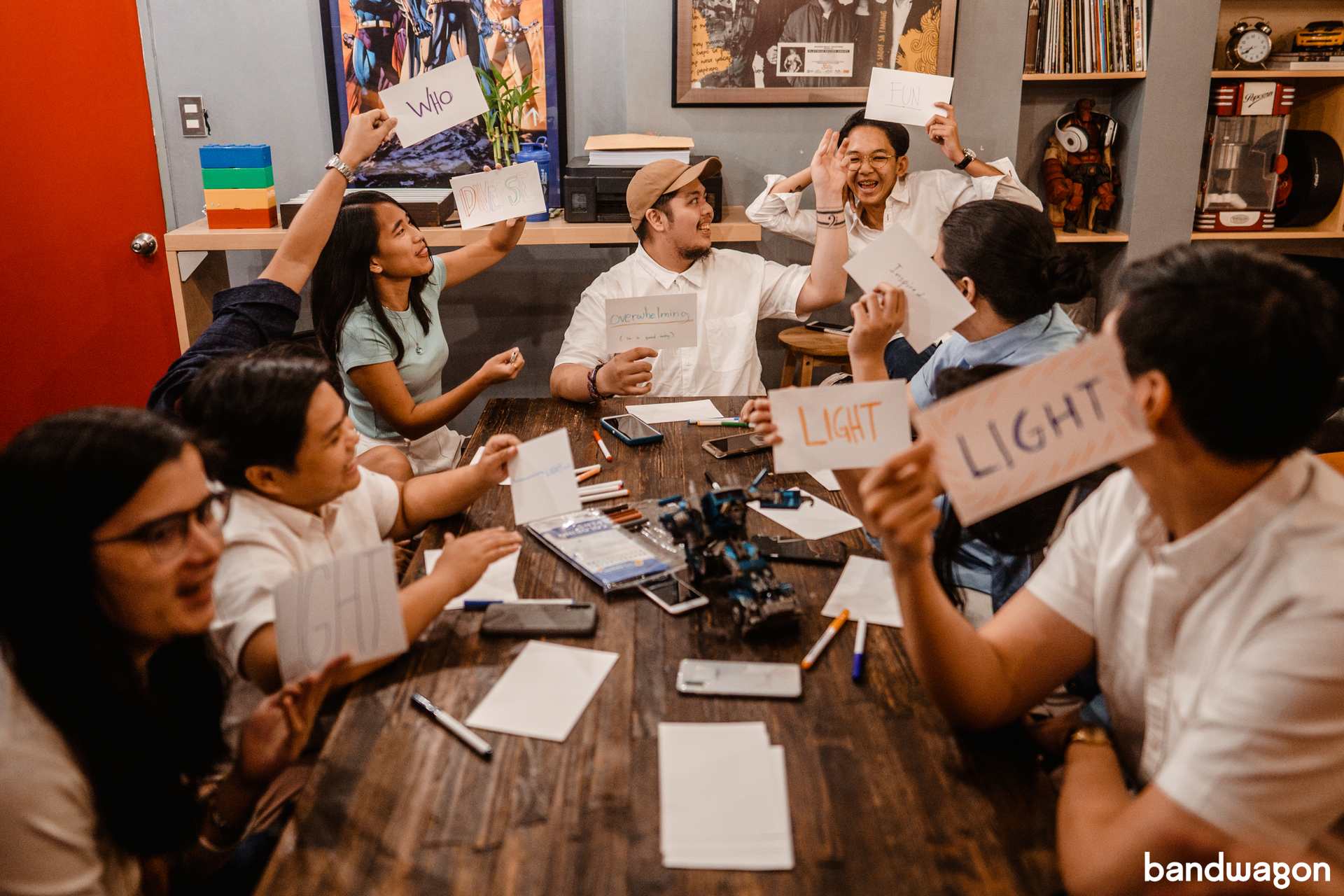 Physical copies of Limasawa Street will be available at booths near the concierge from May 10 to 12 at the following Ayala Malls: Abreeza, Alabang Town Center, Ayala Center Cebu, Ayala Malls Legaspi, MarQuee Mall, Solenad, and Trinoma. Limasawa Street is now available via their official Shopee store.

Don't miss the band's nationwide album tour which kicks off on May 17 at Marquee Mall in Pampanga. Ben&Ben are also set to return to Singapore with a performance at 1MX Singapore on May 26.

Special thanks to Sindikato Management