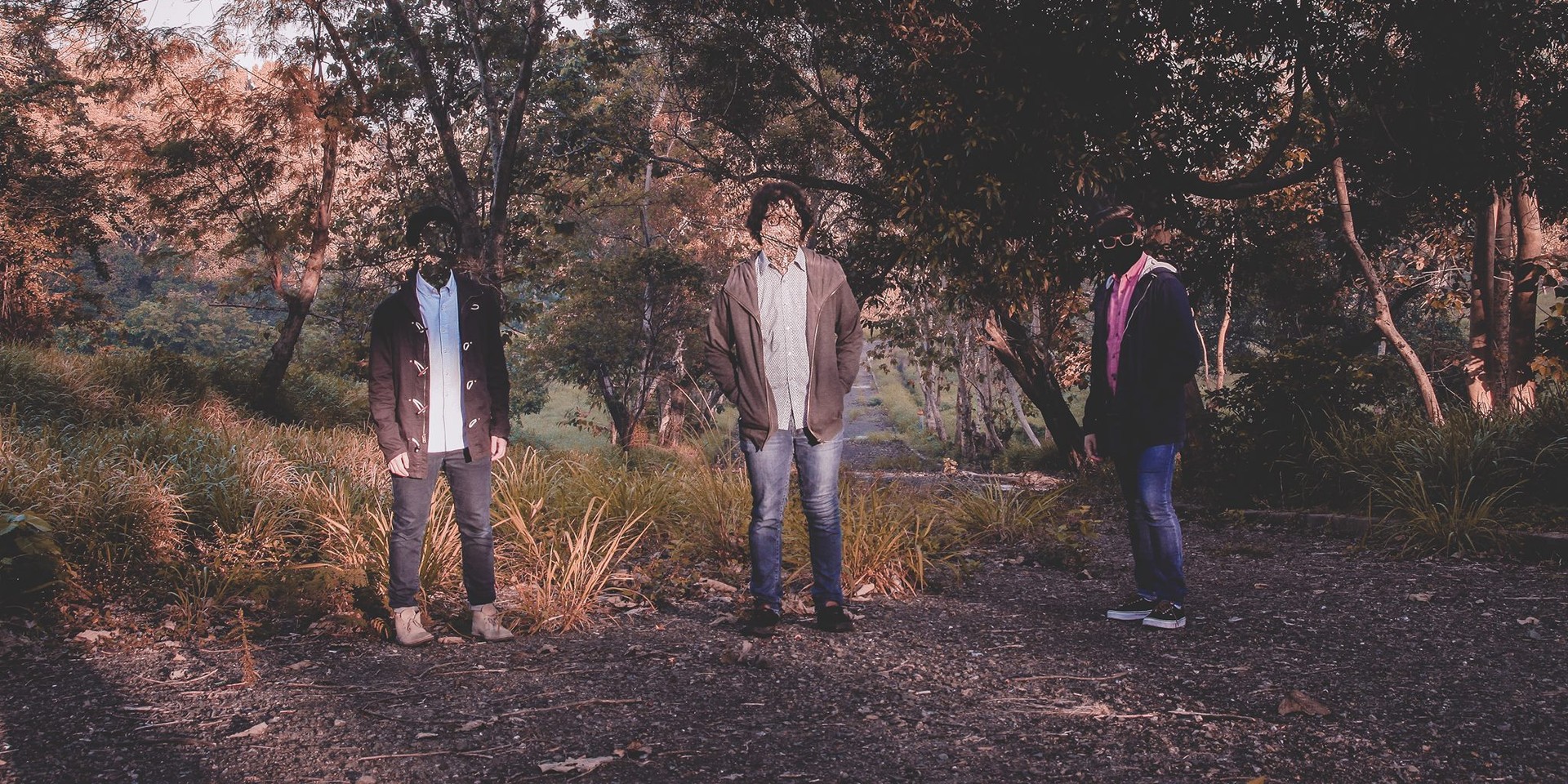 Playing live together for a few years now, math-rock trio Tom's Story is set to release their self-titled debut next week.

Friends since 2007, coming from different music projects and inspired by various influences, the three have come together to make music that try and push the boundaries of math and post-rock.

We talk to Tom (bass), Chris (drums) and Gabba (guitars) ahead of their album launch — discussing what went into making the album, the state of math-rock in the Philippines and the band's top five influential albums.

Hey, Tom’s Story! You’re releasing your debut album in a couple of weeks, can you tell us a bit about the process?

After releasing our three-way split EP with Legarda and Monochrome 3 years ago, we’ve been writing new songs but we only started doing pre-production for the album late into 2014 and started recording our tracks in the middle of 2015 until December 2015. It was originally just supposed to be an EP, but we decided we could actually release a full-length with the number of songs we’ve written and played live.

The process was rigid, especially we wanted everything to sound great on record since this is our first full-length release. We’d journey all the way to the studio in Marikina (we live relatively far from Marikina) to spend countless of days writing, rewriting, and recording these songs. Luckily, two of us had just finished with school, so that gave us more time to record the album.

JP Verona (who plays guitars for Glaiza de Castro) engineered and mixed our album. It was an amazing experience working with him. His input was very valuable to us and our mid-session conversations were both very educational and very entertaining! We’re very lucky to have him record our album.

Let’s get this out of the way, why did you decide on Tom’s Story? Why not Gabba's or Chris' Story?

It started out as joke from our good friend Tani (Neverdie, Small Hands, Lindenwood) because Toy Story 3 was out at the time, but eventually we adopted the name. It also has a nice ring to it.

You’re an instrumental rock band, does anyone ever get the urge to sing while performing? If you would add vocals, who would sing?

No, not really. We’re not closing the door though. If ever we do make tracks with vocals in the future, Tom would probably do the singing because he’s the one who sings when we do the occasional cover. It’ll also be fun to be able to collaborate with some of our favorite vocalists that we think will be a good match with the music we play.

Is there anyone you’d like to collaborate with in the future?

We asked tide/edit this question 2 years ago, “There’s not a lot of math-rock outfits in the Philippines, why do you think it is so? Do you think culture plays a part in shaping the Filipino sound?” How much has changed since then? Are there more math-rock groups now? What sets you apart from the others?

Local acts are getting more and more attention every year, and it seems like there are more opportunities for all kinds of bands to play shows and get more recognition. Math-rock and post-rock outfits have also been getting more attention, especially with help from local productions like Seismos, a relatively young and passionate prod that organizes shows comprised of underground bands rooted from the math-rock and post-rock sound. They also help these bands promote their shows, releases, etc. Some productions also include post-rock and math-rock in their line-ups more often now.

What would set us apart from others is probably is the sense of surprise that our music gives people and our inclination to add certain twists to our music. Last year, we’ve tried out something different with Mugatu by asking Muriel Gonzales (of The Ransom Collective) to play the violin at two of our live shows. It was very memorable and we’re looking for ways to collaborate with different people, not just musicians but maybe filmmakers as well!

What are your plans after your album launch? Are you going to be touring the album across the country? Regional tour?

We’re going to focus on playing live shows and on promoting our album this year. Hopefully, we could get to play outside Metro Manila. 2016 will also be a year for us to write new material and to figure out what direction we want to take, musically.

Circa Survive is one of our favorite bands. This album is well-written and catchier than their earlier material. Blue Sky Noise was in heavy rotation within our playlists when we started playing music.

Embark, Embrace was one of our heavily played records back in 2013. It’s also around that time when we also got into live looping!

Evan Weiss is a genius. This record is one of his “heavier” sounding albums. Evan’s songwriting in Proper is the aggressive sound we kind of aspire to be, not to mention Nick Wakim’s amazing drum work on the record!

The Book About My Idle Plot on a Vague Anxiety | Toe

We’ve been listening to Death Cab for Cutie since high school, and we’re always excited/sad for anything Death Cab, but this is one of our fave albums from them. We do still occasionally cover Title and Registration when we jam.