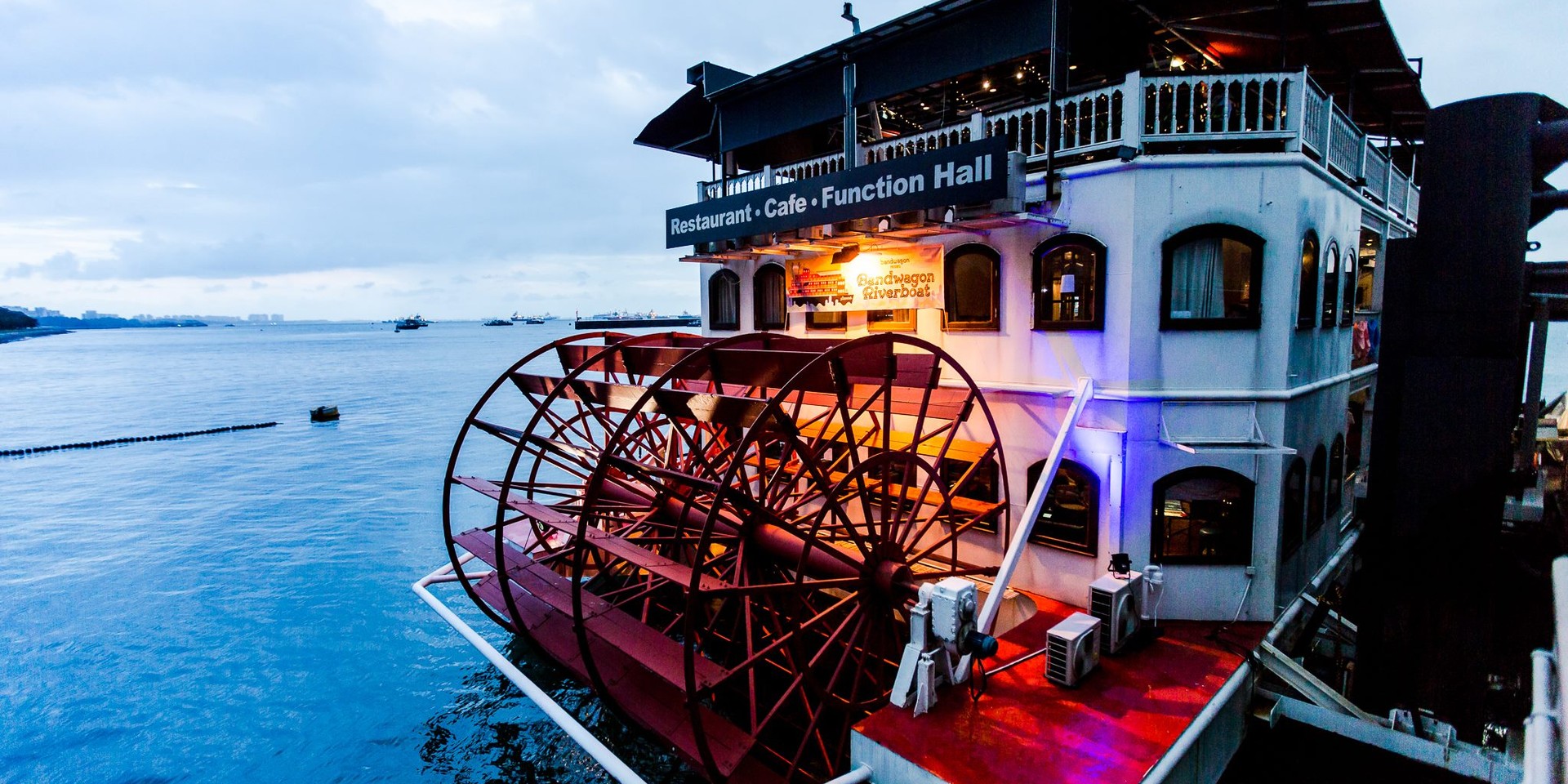 Exactly one week ago, we held our very first party aboard the quaint confines of the Stewords Riverboat (Southeast Asia's only Mississippi Riverboat), and we're pleased as punch that it went as well as it did! A lot of stress, planning and sweat went into making the event happen (carrying backline gear up those narrow stairs and aboard a rocky vessel is no joke), but when it was all said and done, we must say that it was all worth it.

But instead of thanking ourselves, we're actually here to pay our dues to our friends that helped make this all happen - from the incredibly hard working folks over at Ebenex to our genius man behind the boards Leonard Soosay (of Snakeweed Studios) who made the sound so remarkable across all three decks. We also had plenty of help from the Stewords Riverboat staff alongside our studious student helpers from Republic Polytechnic - we couldn't have done any of this without you guys. 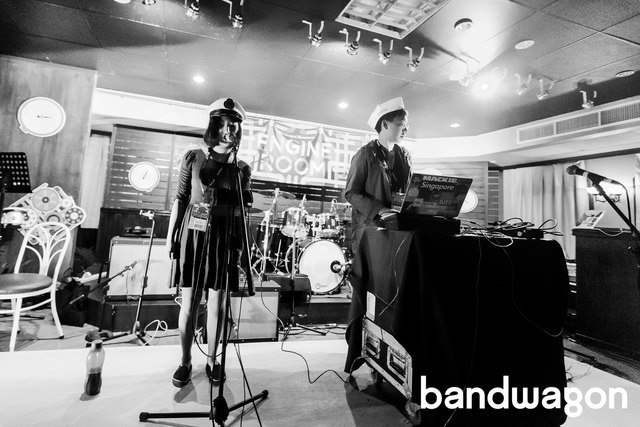 But that's all just the bells and whistles. We did the place up, the real life of the party however were the musicians and DJs we invited onboard. From the sultry sounds of Linying and Dru Chen at the Piano Bar to the wild energy of bands like .gif, Cheating Sons and Stopgap in the Engine Room all the way to the hype boys and girls of blankverse, A/K/A, Fauxe + Mediocre Haircut Crew and William J on the Captain's Deck - every single act delivered, and then some.

We never expected the response to be so enthusiastic, and we were surprised ourselves at how quickly tickets sold out. And since it is a boat, we had to respect the vessel's safety requirements and limit capacity. Trust us, we would have loved to have had more of you onboard, we just couldn't. But the good news is - we'll be doing this again really soon! So if you missed out this time, keep your eyes peeled for the next Bandwagon Riverboat party. 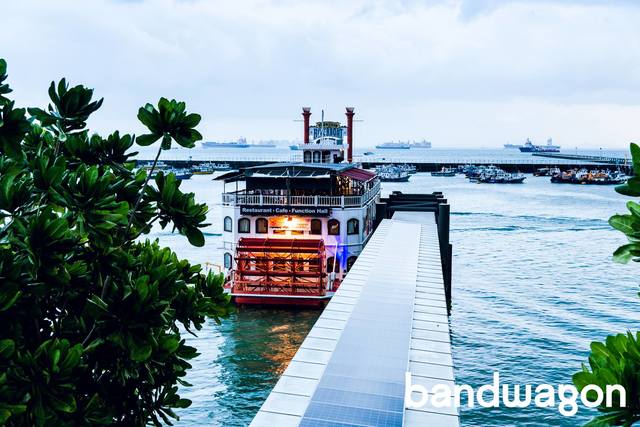 In the meantime, here's what some of our media friends had to say about their experience on the Bandwagon Riverboat's maiden shindig. 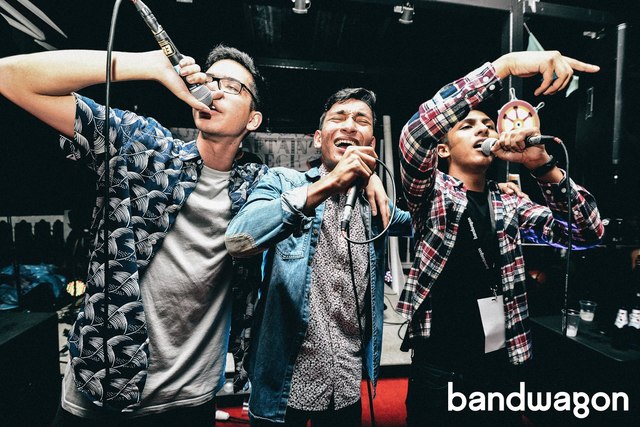 "Talk about a perfect blend of acts! From the soothing soulfulness of Linying and Dru, to the digitised goodness of .gif, A/K/A, William J, and blankverse – from the explosiveness that was Cheating Sons and Stopgap, to the hype that was FAUXE and MHC, if there ever was a holistic music experience, this would’ve been it."

"Live shows? With live sound? ON A BOAT?! You must be kidding. 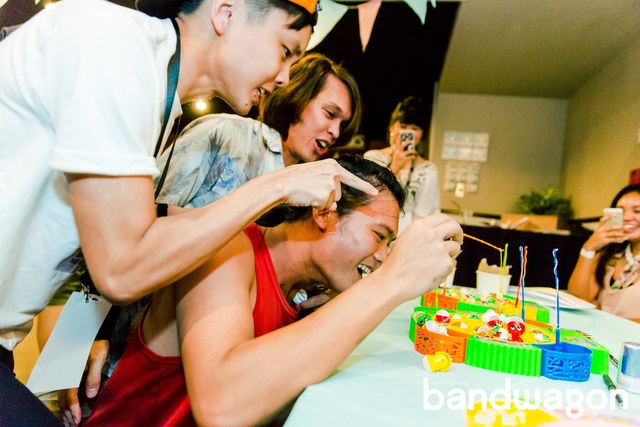 "For every single themed event that isn’t carried through past the graphic, a child dies. Okay, maybe nobody dies, but don’t you love it when the narrative is kept?! We know we do, and now we know that the Bandwagon team could throw one hell of a themed party.

From Lifebuoy Ring Toss, to Nautical Bracelets, to the DOPEST sailor hats (customisable, markers provided separately), we sure were treated to a variety of sailor activities." 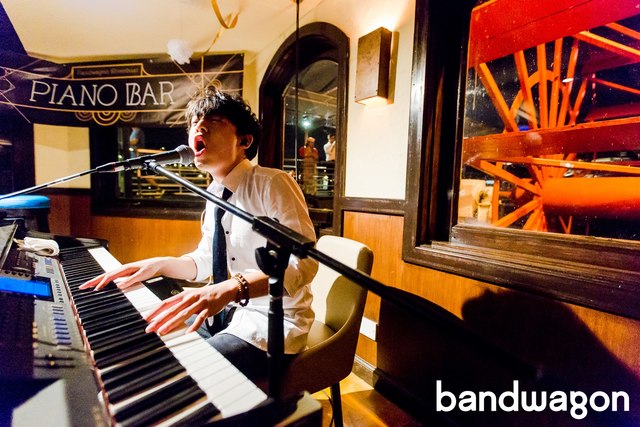 "As the sun set on Marina South Pier on Friday (22 January), the lights on the docked Stewords Riverboat went up to herald the start of a unique music event on the waters.

Some 340 people were treated to a medley of diverse tunes on board the Mississippi-style riverboat at the Bandwagon Riverboat concert. Nine local acts, ranging from singer-songwriters Linying and Dru Chen, electronic duo [.gif], to alternative rock bands Stopgap and Cheating Sons, as well as DJs blankverse, Fauxe, William J and A/K/A, provided the pulsating entertainment across three decks." 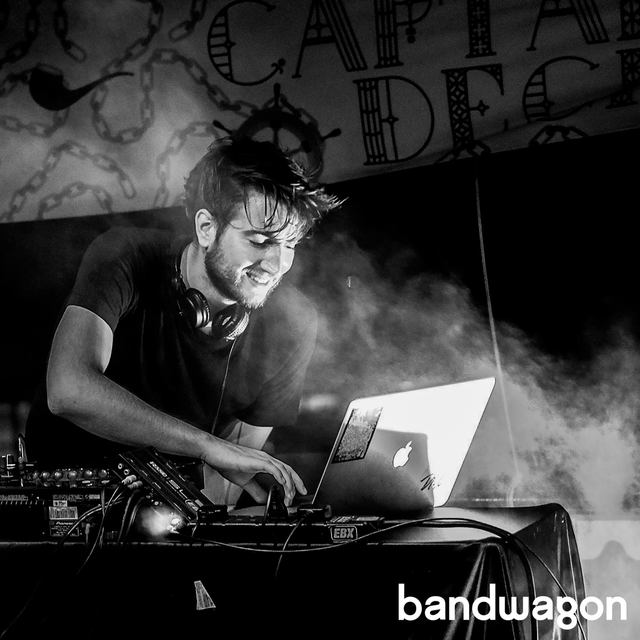 "...and under the charcoal sky, the rocking waves, and the wicked hip-hop beats churning out from the speakers – we couldn’t help but think that the Bandwagon Riverboat turned out surprisingly to be an amazing well-run event that elevated the whole local concert-going experience to new heights.

Accompanied with the fact that the festival boasted an all local line-up that sold out all 250 tickets completely within six days, we’d like to surmise that the support for the local music scene is far greater than ever. To wrap off our sentiments with the words of a particular Stopgap song, Run Out – there’s no place (I’d) rather, rather be. Salut, Bandwagon!" 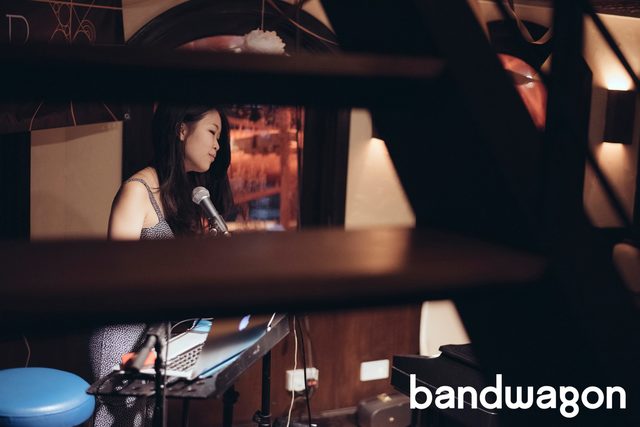 "You could probably describe last Friday’s Bandwagon Riverboat experience as a case of people rockin’ and rollin’ down the river.

Well, more or less, that is. After all, unlike Bandwagon’s previous live gigs on buses, this unique one-night event of local music and fun times didn’t exactly float down any waterway but stayed put at Marina South Pier’s Berth 1, where the Stewords Riverboat was docked.

Despite the unusual concept, not to mention the S$32 price tag, the event was sold out a week before. Was it a case of sheer novelty for the 340 people who attended? Possibly. But perhaps it was also further evidence of Singapore’s indie music scene finding its sea legs in the choppy waters of the local nightlife scene." 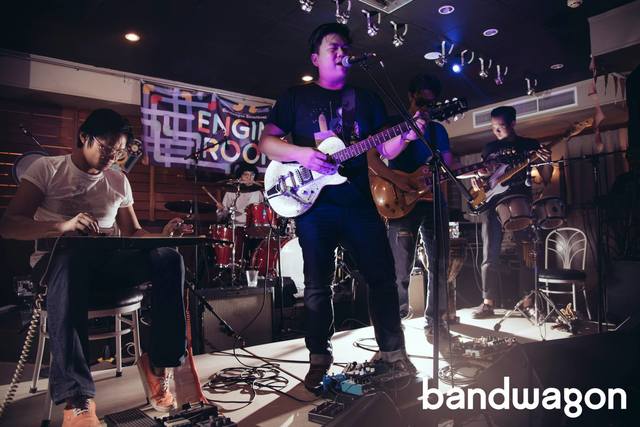 "...we take back that earlier point about the event not quite rockin’ and rollin’ because the boat was literally rockin’ and rollin’, especially on the upper levels. Which actually made it easier to appreciate the rhythms produced by the acts onstage. Combine that with the obvious possibility of inebriation and naturally, keeping one’s balance was part and parcel of the deal.

Thankfully, there was, like we said, Cheating Sons, whose powerful, energetic rock ‘n’ roll set was enough for audiences to set aside any notion of sea-sickness, thanks to an hour’s worth of dynamic, visceral rock music covering the band’s two albums."