As die-hard music apologists and ministers of providing amazing experiences (we give ourselves too much credit, we know), we've always wanted to bring forth our gospel of live music into our friends around the region. Setting up camp and propagating live music for our fellow Singaporeans has been a huge blessing and an evolving learning journey for the whole team, so to spread our wings to Malaysian and Filipino territories has been a challenging but exciting prospect we've considered for a long time now.

While we're currently holed up in our dingy Orchard Plaza fortress planning our next move, we've just finished our first full-on live music mission in Manila — bringing our festival bus experience into the heart of the Philippines. Yes, that festival bus. We first conceived the bus to bring Singaporeans to Urbanscapes, a festival that we've thoroughly enjoyed time and time again ourselves and in 2014, we wanted to share the experience with our friends.

We found some buses and transformed them into the first ever festival buses Singapore has ever seen. With live acts on a moving vehicle, new friends made over cereal and cider, and a excellent festival experience to top it off, it's something we want to continue providing to fellow music fans around the region.

As Wanderland announced their lineup for their third year running, we knew THE BANDWAGON would be an excellent fit. The good people behind the indie festival in the Philippines agreed and THE BANDWAGON to Wanderland was born. After some merry drinking while watching college bands and digging out for some heavy funk records in a modest record shop along the road, here's what happened at Manila.

After what seemed forever getting our paper trees pasted on the bus windows, along with tying the paper clouds on the handlebars, we set out on our way to 12 Monkeys…but not without a little taste of Manila’s peak hour traffic. 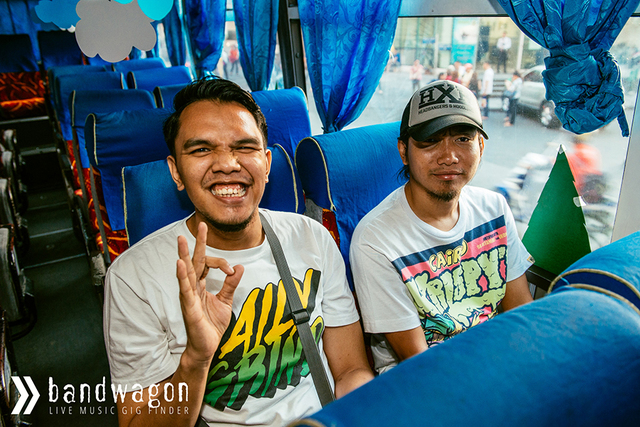 Stuck in a cavalcade of tired Filipino drivers, eager to kick back at home or to catch up with friends over some brewskis, we were imparted with some knowledge of the country’s indie rock music scene courtesy of our host Francis Brew Reyes — a man who’s served his time as a celebrated guitarist, a music director on a local radio station and an online journalist. At least, that’s all we know. 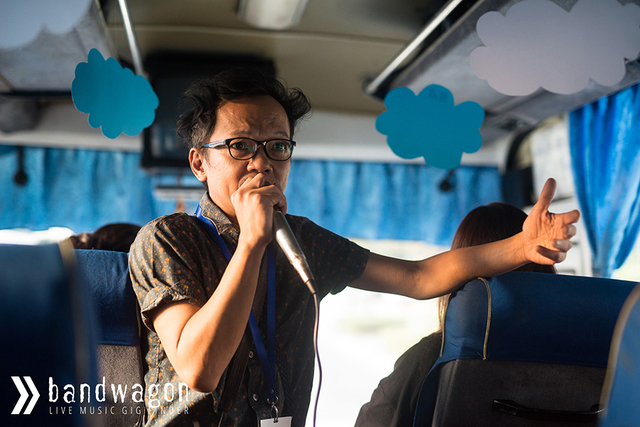 But what we do know about the man is his sharp wit and eloquence that can put us to shame, at least. Manoeuvring our way through heavy traffic in city, passing by Manila’s Moulin Rouge and a sketchy midget wrestling den, all while getting educated about Original Pinoy Music — it was an enlightening start to the bus tour. 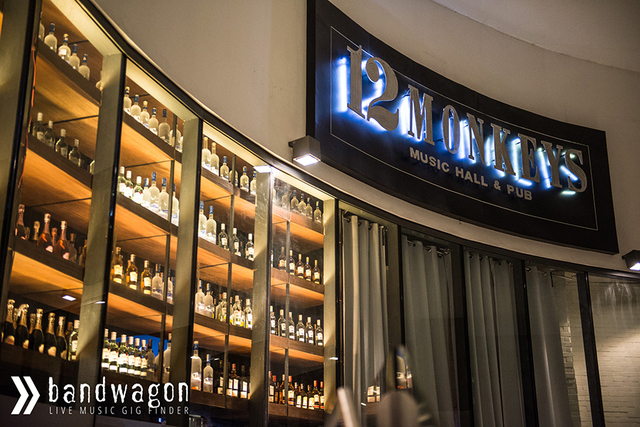 Founded by the titular '12 monkeys' — twelve men who came together with the shared love of good music and good food — this bar was generously spacious and accommodating to our group, being welcomed by one of the 12 "monkeys" upon our arrival: Champ Lui Pio, frontman of Hale, a revered band in the Philippines who would go on to entertain a euphoric crowd at Wanderland the very next day. 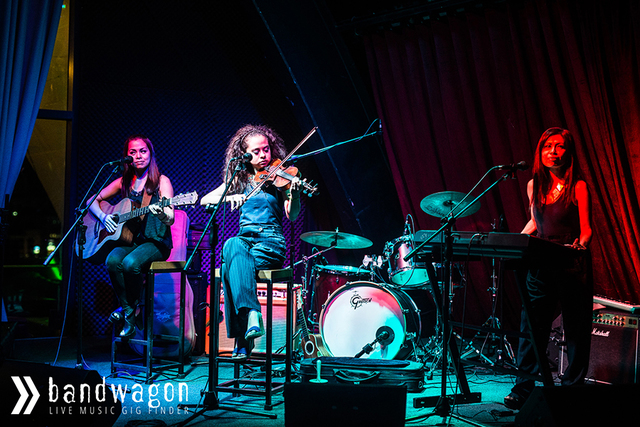 The Raes displayed a wide range of harmonies that transcended their underwhelming but nonetheless enjoyable setlist, made up of mostly covers. Hana Acbd, on the other hand, raised the flag for original music up high with her inspired set — with sparse gear and a microphone, she unearthed stirring synth lines and indulgent beats that worked to her benefit, especially when paired with her soaring vocals. Curtismith balanced Hana’s moody set by bringing in a dose of vibrant hip-hop beats along with his nifty wordplay. 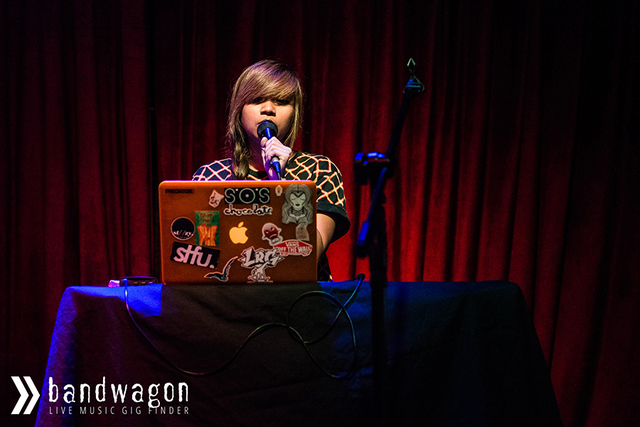 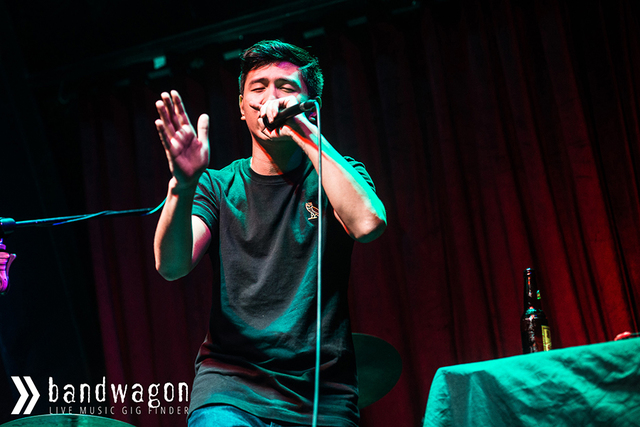 Curtismith used an enchanting J Dilla beat for one of his songs. 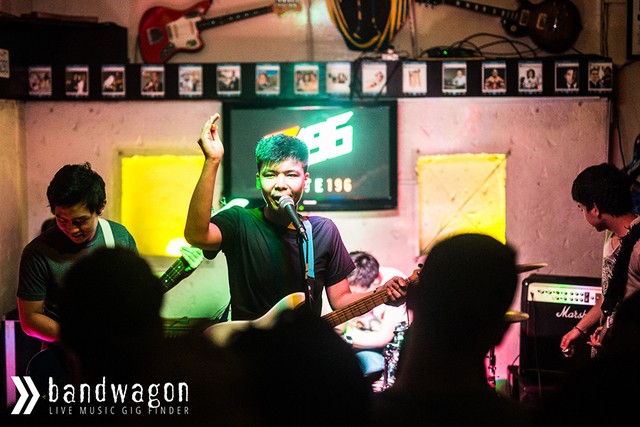 As we headed back to the bus, barely making it to our seats — we had to pace ourselves and crawl after an overwhelmingly delectable dinner at 12 Monkeys (we wholeheartedly recommend the Midnight in Pares), we faced the relentless Manila traffic once again, but at least at night, we got to soak in the surroundings of the city at night — oh how it breathes of character, with the contrast of sleek, towering shopping malls not far away from aged shophouses. As we left 12 Monkeys, a bar housed in a chic shopping mall, we made our way to Route 196, a venue that prides itself with the aesthetics of CBGBs or the Hacienda club. 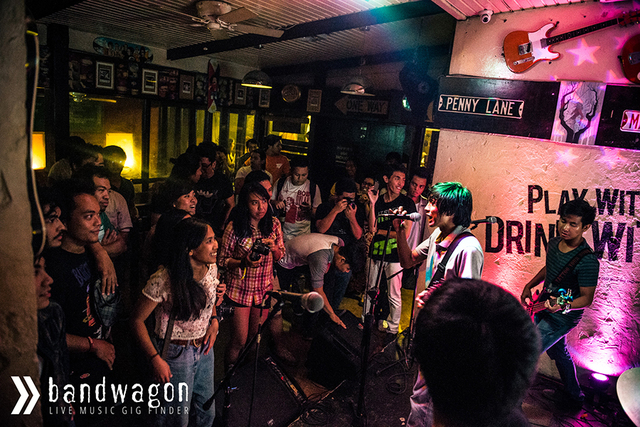 With the crowd consisting of mostly college students, even including most of the bands performing that night, Route 196 had many cliques forming their own territory within the limited confines of the place but it didn’t make the venue any less welcoming. With a slew of bands performing that night, live music was in no short supply — same went for the beer, of course. After one too many bottles and incessant high-pitched ringing in our ears, it was time to call it a night. 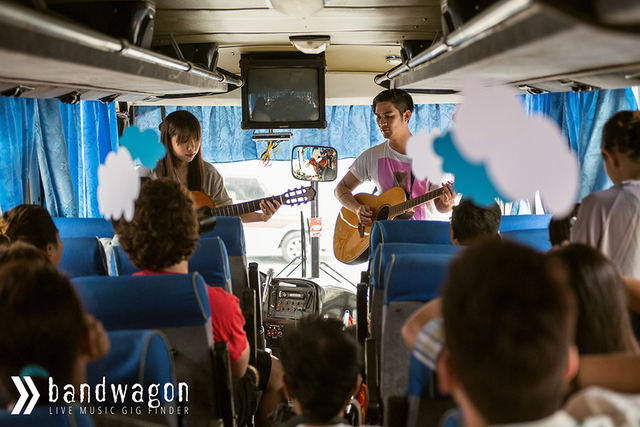 Some of us were still a wee bit hungover, or at least sapped from the previous night’s fun. The gentle, dulcet tunes of Birdforms were more than welcome — originally being a electronic-centric trio, they scaled down to a two-piece for our bus and reworked some of their songs just for us. Frontman Nick Lazaro, who confessed to nursing a hangover himself, pulled through along with guitarist Kara Chung, even if the hum of the bus engine obscured their performance a little bit. 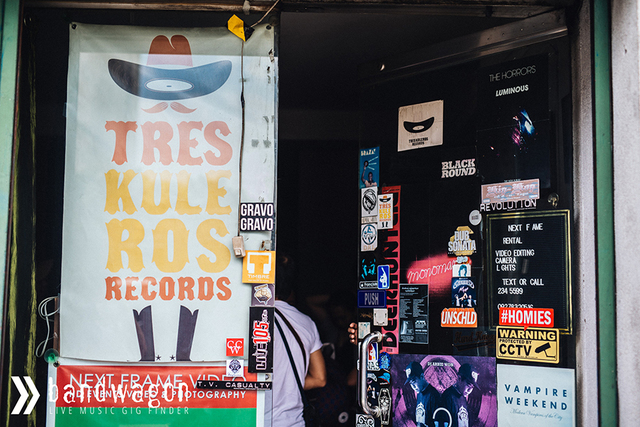 Our first of two record shop stops, we were ushered into a cramped and dark room after some navigating with Google maps paid off. Looking at the lone crate of used records at the floor, we wondered if their pictures on Facebook were a ruse but owner DJ Arbie Won was quick to assure us to head up to the second level aka where the real stash was. Sure enough, we were lead to Tres Kuleros’ own take on aural refuge. 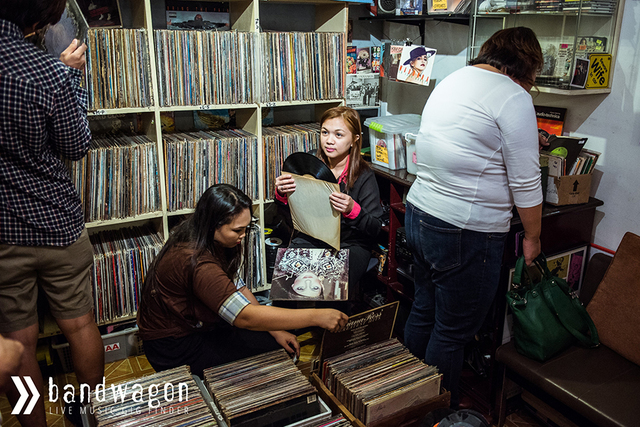 Crates, boxes, shelves. You know the drill. We dispersed and began furiously digging through the piles, unearthing stuff as diverse as a Filipino pressing of a Hawkwind album to some funk gems in the form of Tower of Power albums (which our boss Clarence readily snapped up). 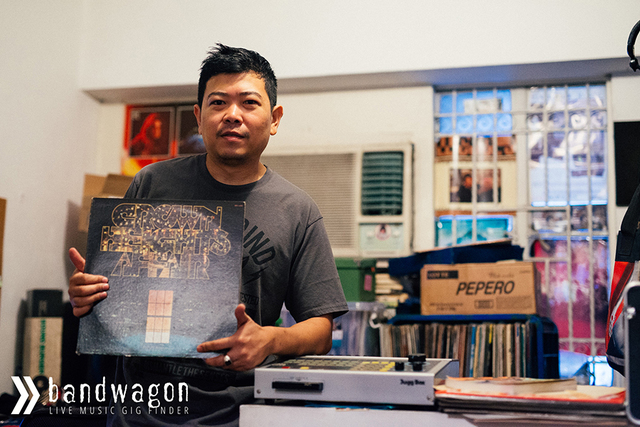 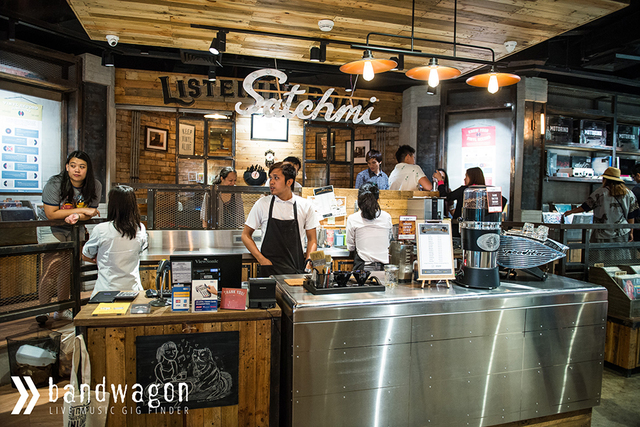 Just like how Friday night served us two very different live music hubs, Satchmi was a far cry from the homeliness of Tres Kuleros. Located in the posh upper levels of the massive SM Mall of Asia, Satchmi is one for the record-collecting coffee discerner whose tastes lie with the indie darlings of the 00s instead of 70s deep cuts. 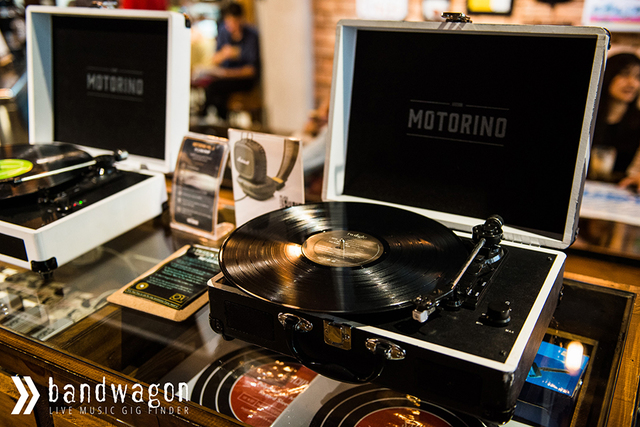 While Tres Kuleros was modest like most record stores, mainly adorned with posters, Satchmi took interior design very seriously, taking cues from many modern cafes. As the usual crate-digging commenced, some of us flocked to their listening rooms, where there were a small selection of demo records (sadly almost ravaged by the public) to use with their own turntable, the Satchmi Motorino. Not a lot of stores, record shops or otherwise, can boast to having their own record player.

We spent some time there, tasting a bottle of cold brew made just for us and previewing some records but it wasn't long until we had to heed the call to Wanderland... 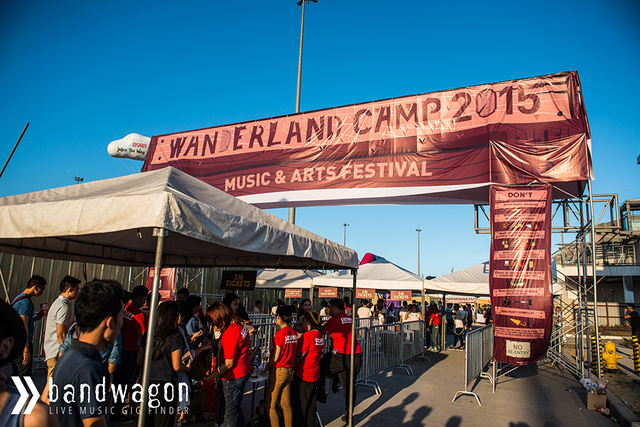 FIND OUT WHAT HAPPENED NEXT AT WANDERLAND