“Where’s the festival?” was heard several times as we alighted from the bus. A few ‘dressed-up’ cabs (lime green body with fluffy pick ears and tail) lined the side of the street, industrial tanks decorated the skyline, and the sandy surroundings made us feel sorta stranded in suburban Metro Manila. But strain your ears a little and follow the sea of floppy hats, we were eventually led to the grandiose entrance of Wanderland Music and Arts Festival.

The main stage of Wanderland Music and Arts Festival at the Globe Circuit Events Ground is the first thing you see when you enter festival grounds. Shaped like a mantelpiece clock with a hollow in the middle, and a giant screen showing the mandatory sponsors, ads, and band names. The crowd in front of the stage were buzzed or juiced, and on a sugarcoated planet with bindis, flower crowns, Red Indian headgear, on-trend everything (lace, crop tops, palazzo pants, midi skirts +++) - yup it looked like proper festival all right. 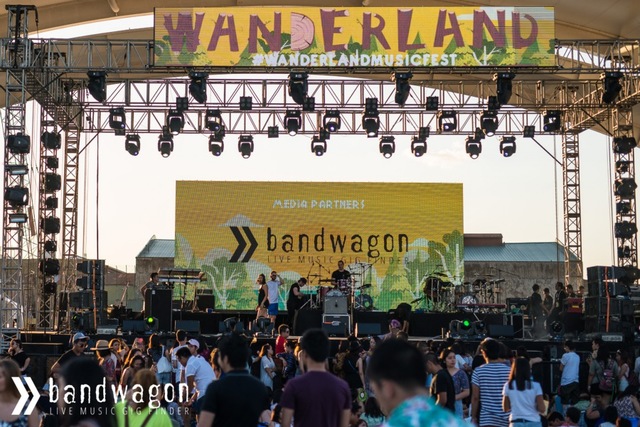 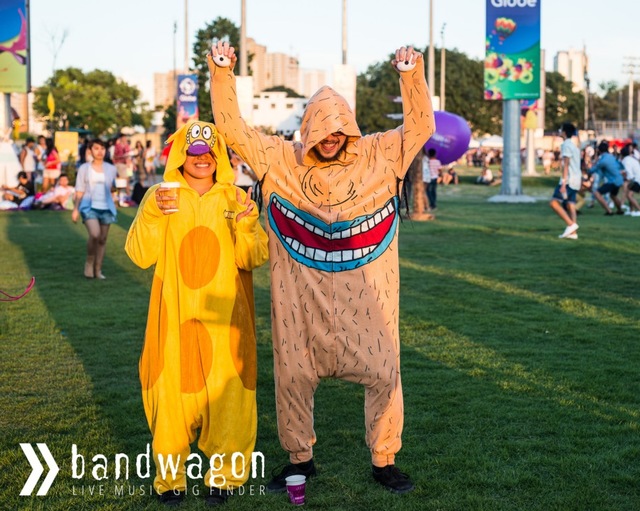 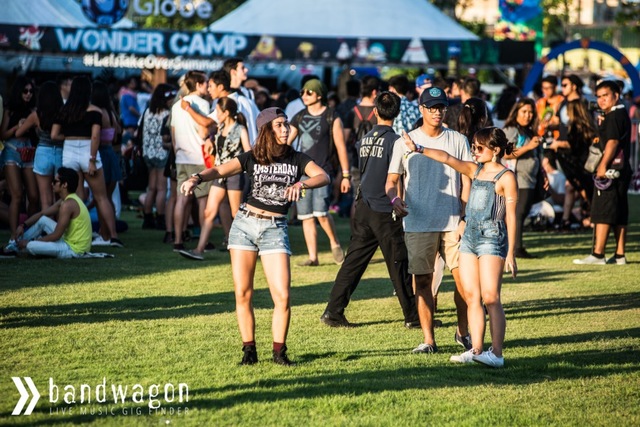 Elsewhere in Manila, another festival was already in full swing - the Madrid Fusion culinary festival had garnered everyone’s mothers and aunties - and here we are, left with the young ‘uns partaking in a musical buffet of local, folk, rock, hip-hop and R&B. But while the Madrid Fusion Manila was held in the enclosed SMX Convention Centre, menu-wise we had to settle for the food stalls by the Pasig River, in which the positioning resulted in a curious concoction of odours. Still, we eventually settled for a hearty bowl of tapa.

Into its third year, Wanderland kept to its summer camp theme, with various nooks and corners designated for different activities. Itching to pick up a paintbrush? There’s the Art tent for that. Fancy getting a little physical? Join in a game of tug-o-wars by the giant float. Need to juice up that phone of yours? There’s a station set up in the Globe Tent, complete with campfire props. This festival is full furnished. 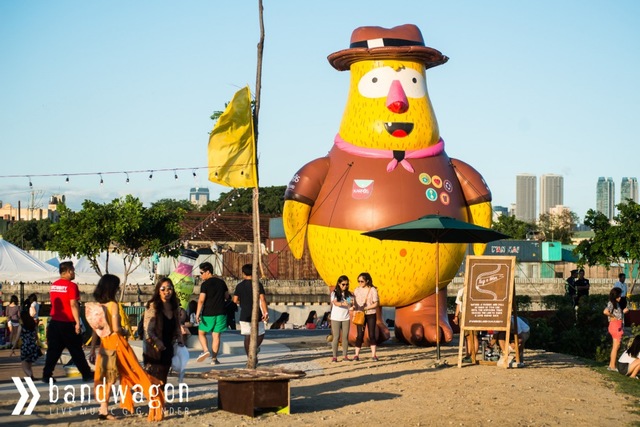 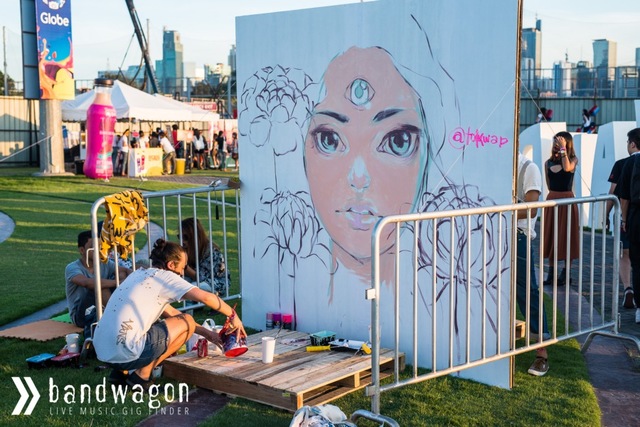 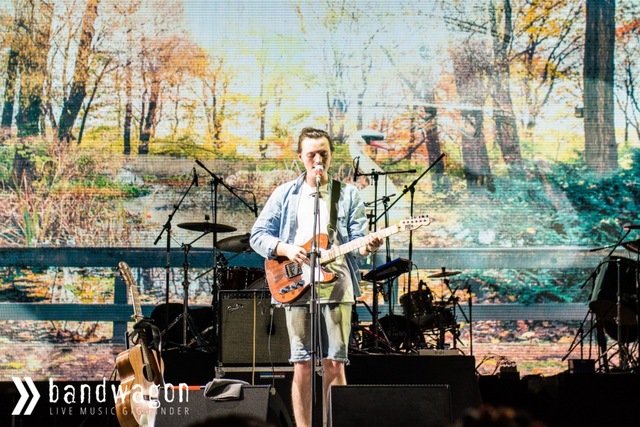 The magical sunset hour brought on Lewis Watson who put the entire crowd in a spell, it was uncomplicated acoustic music that was delicate and captivating all at once. Before that, Youngblood Hawke and The Jungle Giants were responsible for the anthemic tunes and crowd singalongs, warming up the crowd to the later acts. For the nostalgia, Augustana pleased the crowd with once-familiar tunes, which of course included the one-time hit ‘Boston’.

While the early local acts got a measly 15 minutes to showcase their music, they made quite the impression, and the short sets only left us with a tropical languor. However it was OPM (Original Pilipino Music) band Hale that got quite a rousing welcome from the crowd. Tearing up the set with old favourites like ‘Blue Sky’ and ’The Day You Said Goodnight’, it was clear to see that Hale was still a local favourite among the crowd.

Popular for reworking your favourite tunes, RAC put on a set that was a hit with the crowd. Lapping up remixes of Two Door Cinema Club’s ‘Something Good Can Work’, Lana Del Rey’s ‘Blue Jeans’ and even brought out Youngblood Hawke to do a live-reworking of their song ‘Wolves’, almost everyone in attendance were on their feet throughout the set. The last word of the night belonged to Kid Cudi who saved his mega-hit ‘The Pursuit of Happiness’ for last. Good move really, it just made the night a little bit more unforgettable. 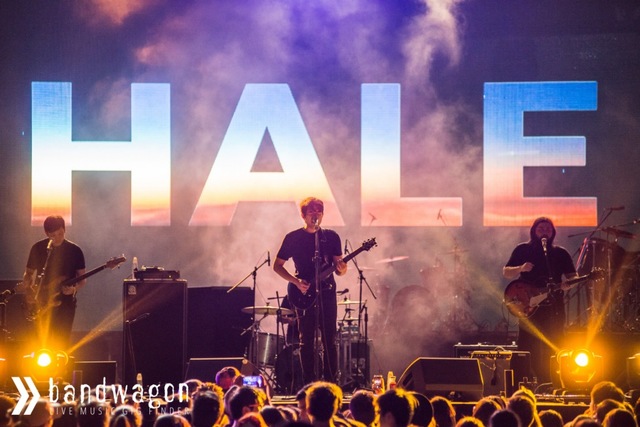 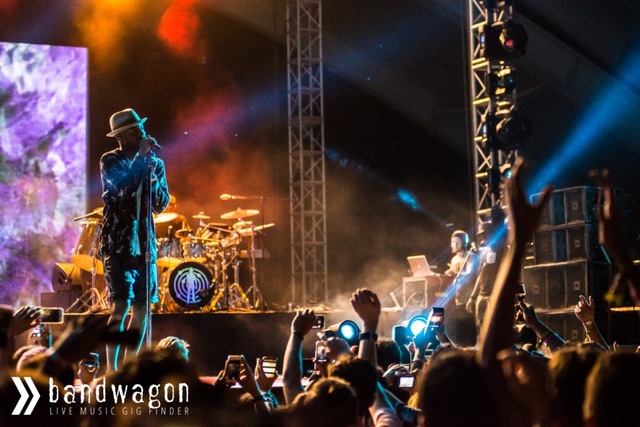 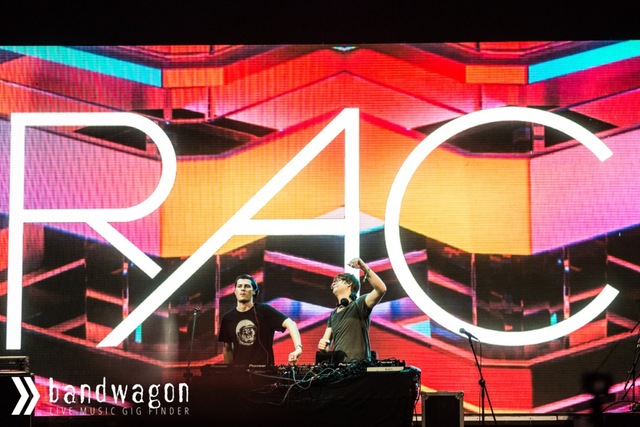 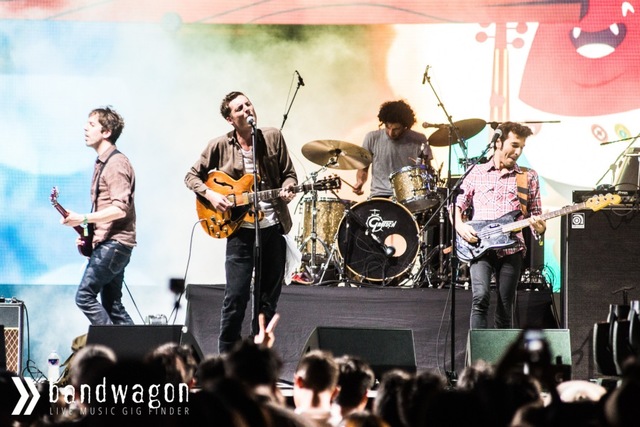