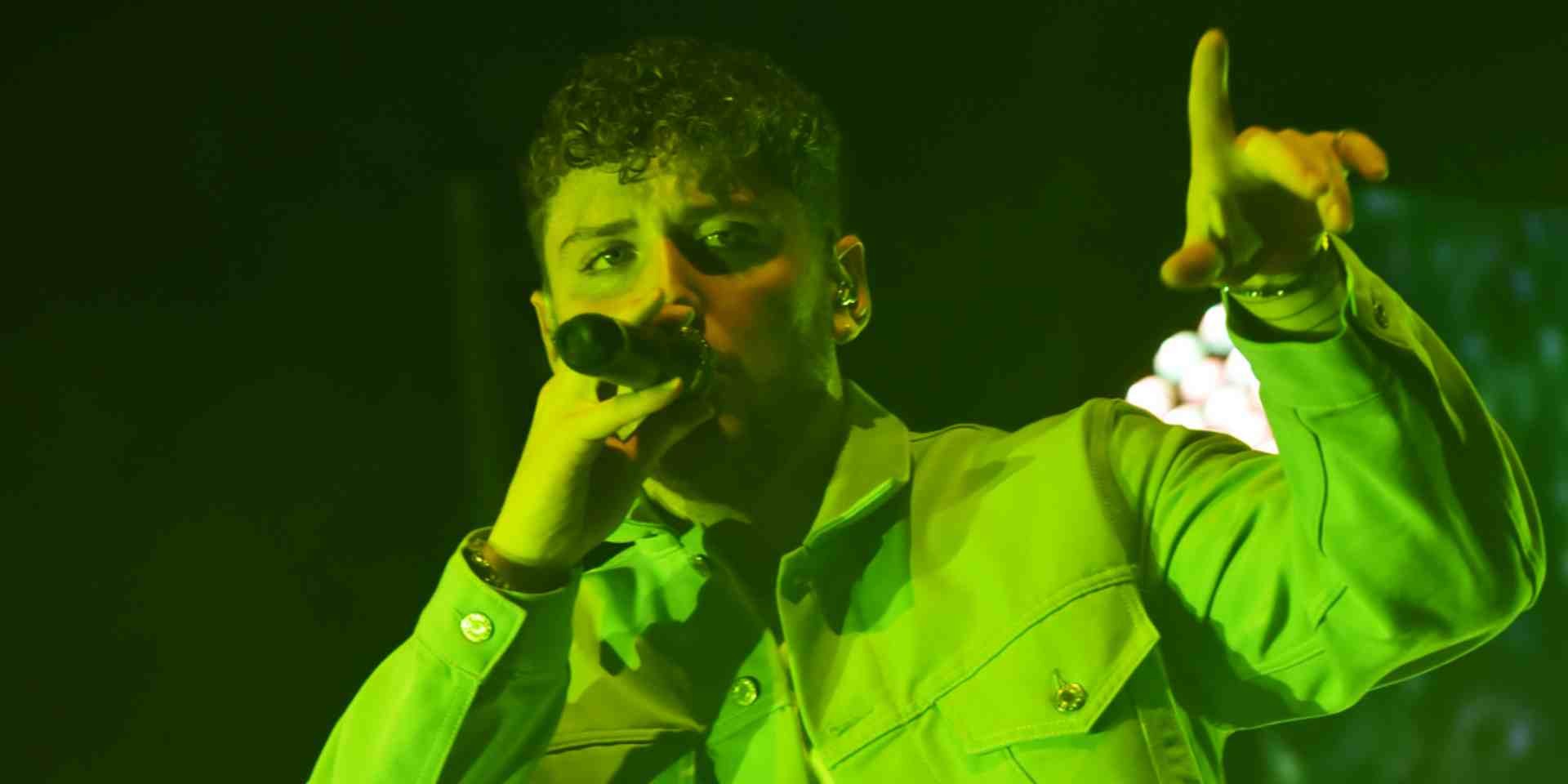 Bazzi is a new kind of pop star. The 21-year-old Detroit native’s ascent to the upper echelon of viral-worthy contemporary pop music happened in light-speed and through the alchemic, paradigm shifting medium of social media. You hear him everywhere – and for good reason. His music, like his larger arc, is exquisitely modern and inclusive, a sweet spot of canons and pop cultural signifiers, irresistible in content and momentum. If you look to pop music for life-healing, escapist deliverance, Bazzi is both the voice of the times and the one you’d want in your ear.

At this writing, he’s the 90th most-streamed artist in the world, on Spotify alone. In the all-aggregating digital age, where an artist’s “numbers” are supposed to speak for the merit of their music, Bazzi’s paint an incredibly compelling picture of what he means to the pop cultural cosmos. Make no mistake: He’s an incontestable A-list proposition. Last Wednesday, at his first-ever show in Singapore, we received the proof of his power. 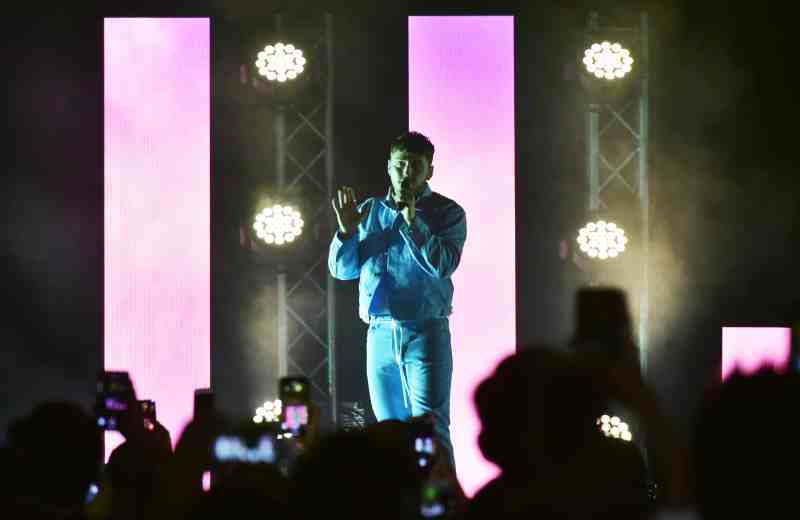 Within the expansive hall of The Star Theatre, the excitement from screaming fans was beyond-palpable. A simple look around our section yielded another revelation about Bazzi’s faithful: Though young, they came from all ends of the spectrum. From the streetwear-decked to the corporate-garbed, his fans showed up in emphatic, loud-and-proud fashion.

The stage, filled lengthwise by large screen panels, was otherwise bare. Then, as the lights dimmed, silence blanketed us all – before a monumental wave of applause greeted Bazzi as he strode on stage. 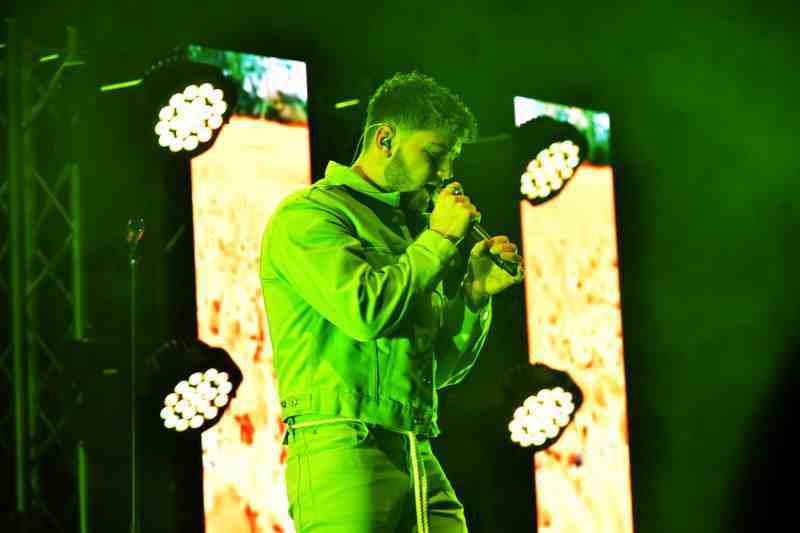 Exuding a charming gaze as he surveyed his audience, Bazzi embraced his place as the locus of all the attention and cheers dashingly – he’d later say that he might want to move here. Though The Star Theatre is a venue more suited for shows where the audience is seated, the crowd leapt to its feet when Bazzi launched into the opening song ‘Paradise’. One of his biggest songs, it was a fantastic example of what makes Bazzi so likeable. Imbued with R&B’s florid emotive essence, and colouristic pop hooks, as well as a soaring chorus, it was an utterly compelling way to make an entry.

One of the things that makes Bazzi a vital pop voice is, that, in this climate of singles, he released COSMIC, an album of anthems into the ether last year. Much of his setlist hinged on songs from the album and the reception he got from playing those cuts live corresponded to the esteem the album has enjoyed. Every song was met with singalongs, some louder than others, but for every one, Bazzi had back-up singers he didn’t ask for. 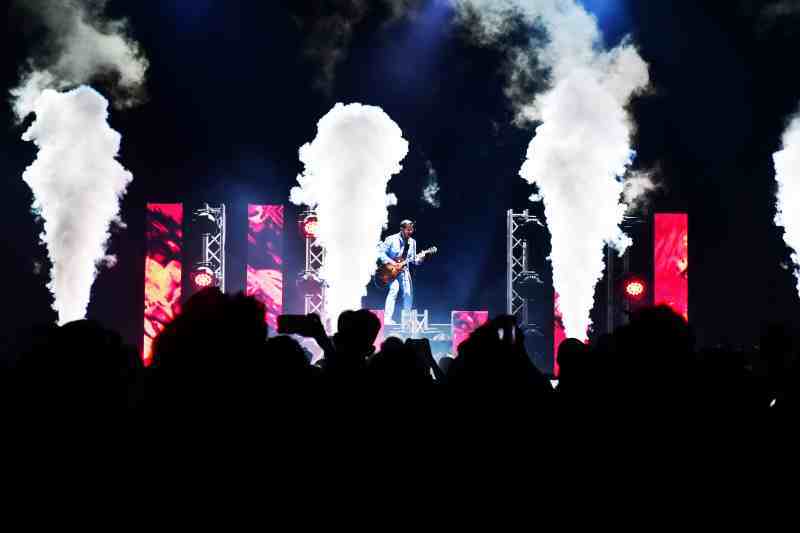 Then came ‘Beautiful’. There’s something about experiencing an ubiquitous, world-conquering song being performed live that reconfigures everything you know about it. Is it a fantastic pop song? Yes. Do people love it? Yes. But how much people loved it was a revelation. The audience’s collective voice was even louder than Bazzi’s. Couples clutched each other tightly; teens screamed out the words as they aimed their phones at the stage; lone travellers cooed lyrics and swayed, transfixed by the stage but caught in a reverie.

Even as the aura of ‘Beautiful’ lingered, Bazzi had other ways to awe his flock: Accompanied by an acoustic guitar, he unspooled covers of Maroon 5’s ‘Sunday Morning’, Drake’s ‘Hold on We’re Going Home’ and Usher’s ‘There Goes My Baby’, to sky-scraping cheers. 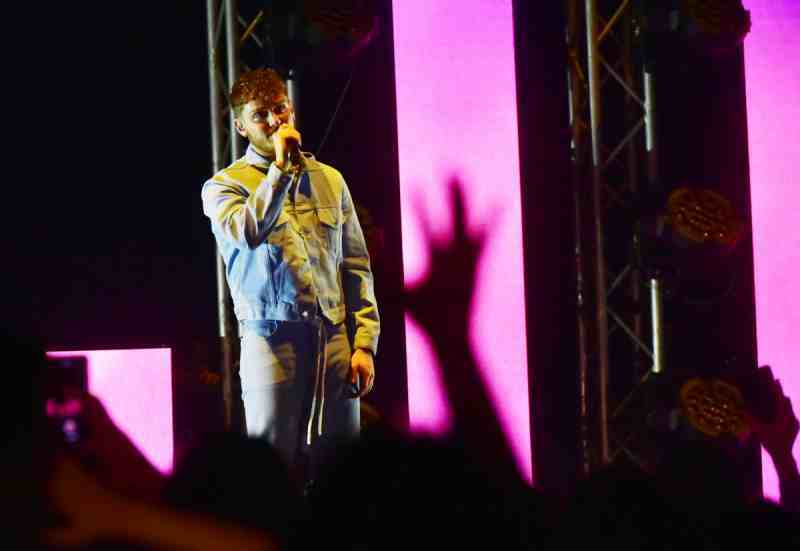 At this point Bazzi, had more than proven himself. An shaman of moods and genres, a pop savant and a generational icon, he is a beacon of where popular music can go in the future. He is an incarnation of that next level.

So when he played his biggest hit, ‘Mine’, the one with almost 600 million Spotify streams, he received the kind of acknowledgement received only for those who shape the zeitgeist in their image. That night, we bore witness to how he took his place in that class.

Special thanks to Hype Records for the invite.