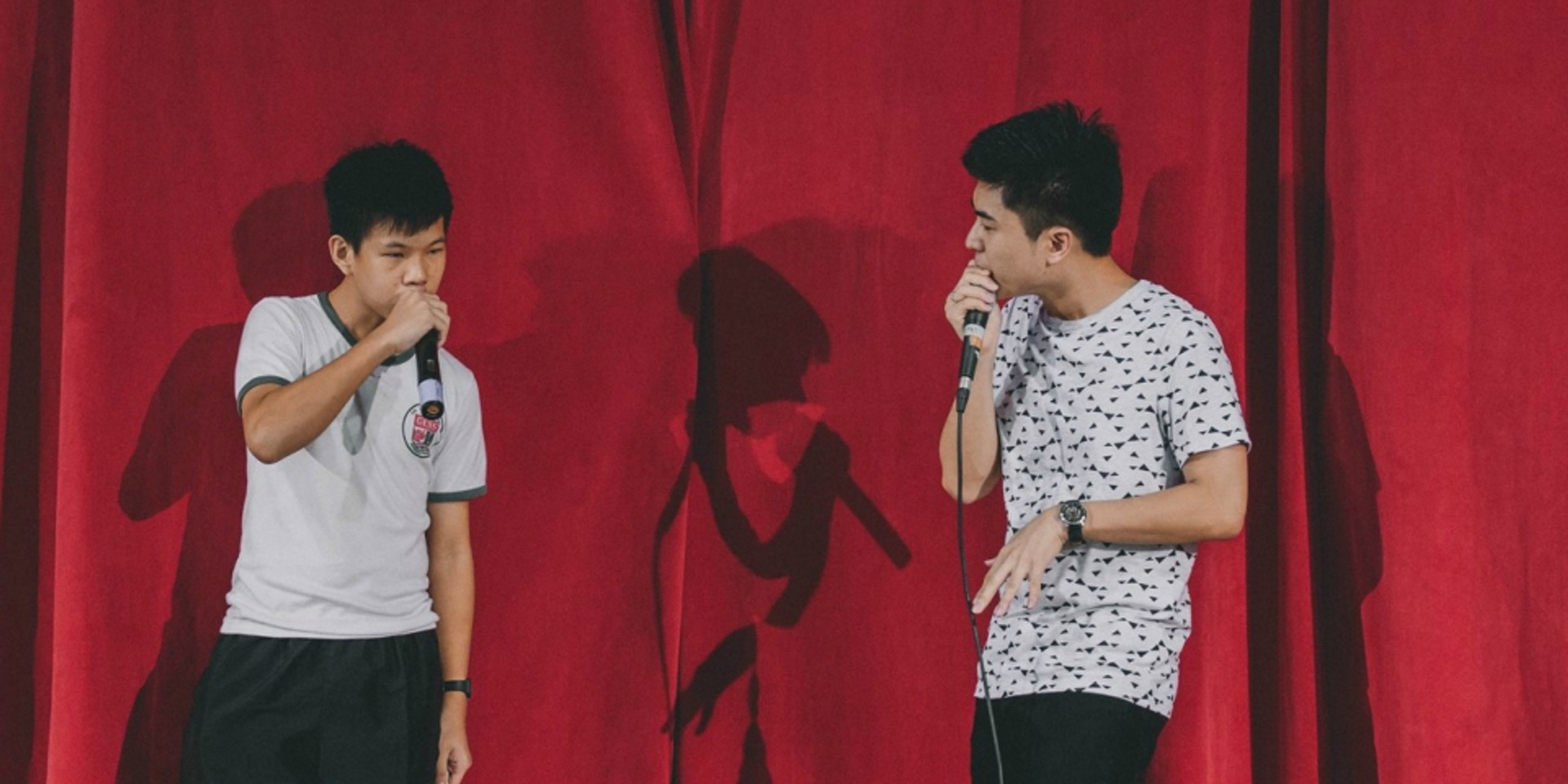 The *SCAPE Invasion team has been pushing students to be involved in the arts scene. While the team puts in their part and effort, there’s nothing more motivating than schools who believe in the same cause.

Following two *SCAPE Invasion Tour shows in the previous week, The Hubbababas returned to enrich the students with more invigorating tunes. There was a small crowd of lower secondary students at Gan Eng Seng School gathered now, a few pants-wearing seniors joined in at the back, pulling chairs and sitting by their teachers. The teachers didn’t seem to mind a bit and were the first to encourage the apprehensive students to clap and applaud to Stephanie Lim’s rhythmic intentions. 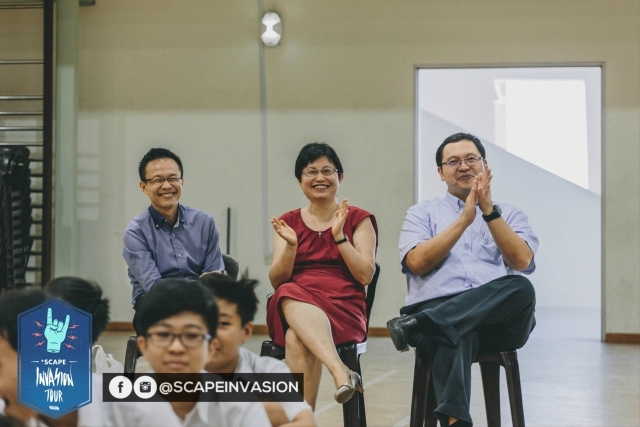 In the break, 987fm DJ Joakim pointed out two members who were beatboxing and singing within the crowd during Hubbababas’ set and called on them to stage their talents so as not to let it go unappreciated. “It is time to discover your inner talent”, to which the beatboxer in the crowd, Cody, heaved a big sigh and subsequently told the rambunctious crowd to calm down before dropping a sick mix of saxophone noises and bass drops. 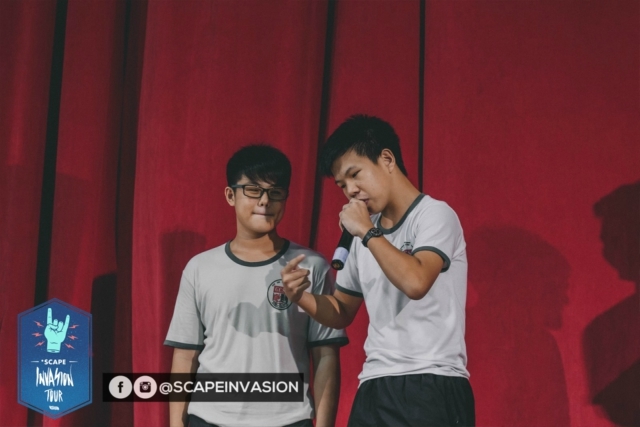 In what seemed like a case of ‘master meets apprentice’, the steady beat from Cody drew Mervyn from Hubbababas back onstage, yearning for a chance of a face off. The finale was a grand rife - a push-pull between the two beat makers, which ended off with a grand drop of spitfire. The short five minutes of fame ended as quickly as it started, but I was sure 10 years down the road, this will be one of the major highlights in Cody’s life as a musician.

A never before seen battle of the bands then ensued between the beat makers of Hubbababas and The Summer State; Mervyn started fire and directed plenty of rim shots and wobbles at The Summer State drummer Ritz Ang, to which Ritz responded with alternate hits of the hi-hats and crashes. It was hard to pick a side and it almost ended in a stalemate, but despite that, it was safe to say that everybody won after this display of raw talent was dished out to the cheering crowd. The spotlight shining intently on the underrated beat makers that hold each band together. 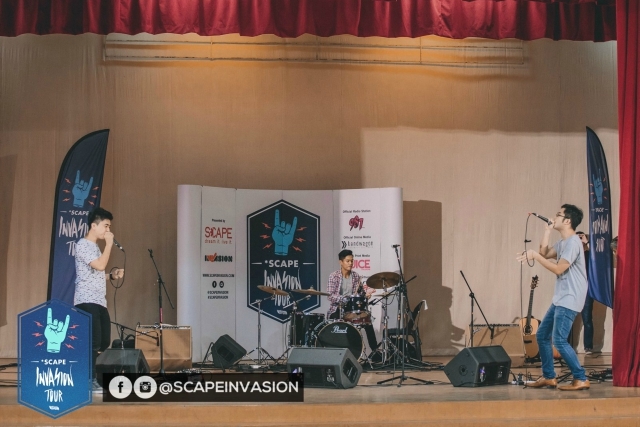 The Summer State re-emerged as a full band and performed 'Trying is My Only Regret’ - vigorous and ardent in their display. But at the corner of my eye, I spotted two student photographers vying for a position to snap that perfect shot that glorifies these local music heroes. Another two students on the upper floor diligently worked the spotlights, shining the spotlight onto the captivating pop punk musicians. In a small room at the rear of the hall, three students manned the soundboard and stage lighting without the eagle-eyed supervision of teachers. 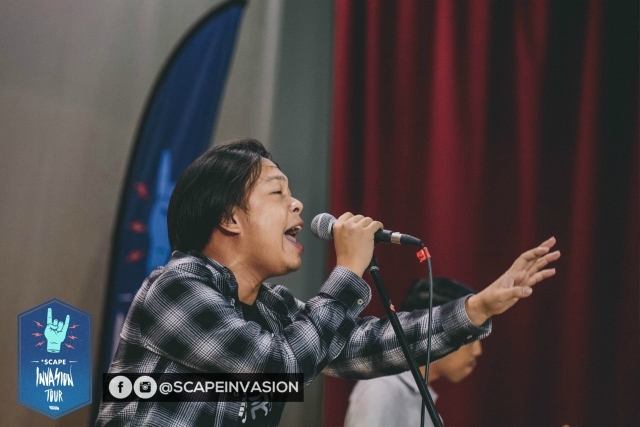 At the back of their short set, the principal interrupted the usual progression by insisting on a show of appreciation, presenting little gifts to each member who made the tour to Gan Eng Seng School possible - from the bands to the sound crew to Invasion’s boss-woman Inch Chua. While this display of thanks wasn’t necessary, it was nice to see the school’s outwardly showing appreciation to the music industry. 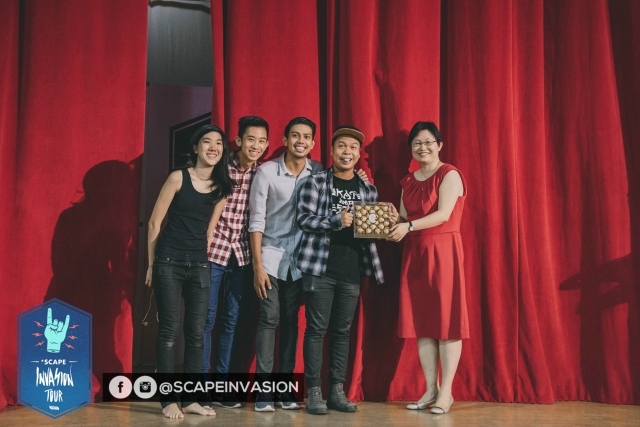