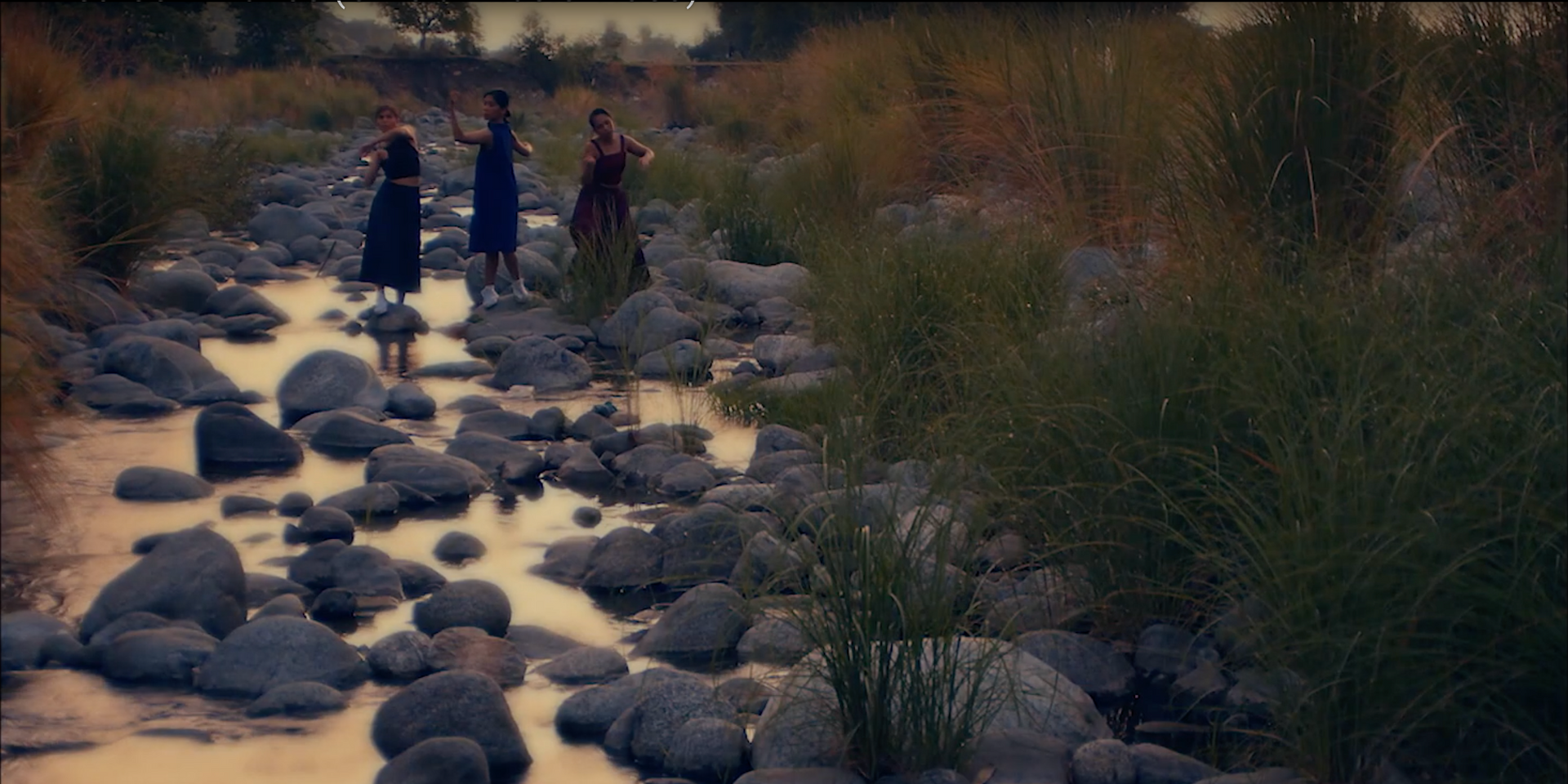 In celebration of the first anniversary of his beat tape Orchid, CRWN dropped his latest music video for 'Bedroom Dance' at 20:20 on July 26 (Friday).

Bandwagon caught up with director Jorel Lising, who recently directed Ben&Ben's 'Pagtingin' music video, to talk about his collaborative visual with CRWN.

How did you come up with the concept behind the video?

King [Puentespina] and I have been friends for a while now and we’ve always been brainstorming through the years for a music video. I guess you can say it just came from responding to our shared love for cool, nerdy stuff - cinema, art, and nature. Basically, for me, I was just responding to King’s music. Listening to it paints a lot of vivid images for me mentally, so I just thought of something cool to pair with the sound.

How involved was CRWN in making this video?

He wasn’t very involved haha! I just threw him a bunch of ideas and he was on board with it. I guess that’s the nature of our relationship, we trust each other a lot creatively.

Were the dancers' movements choreographed or purely based on feel?

Madge Reyes, our lead dancer, and choreographer had a rough idea about the movement. She tells me that she does yoga to King’s music, so as a fan, it was easy to respond to through movement. It was a fair amount of choreography and spontaneity, the dancers were open to the types of movement I threw at them.

What do the three ladies represent?

I’d like to think femininity and fluidity. I just wanted to have an intimate look into what a strong lady looks like. To be honest, we really didn’t have a plan though, it was purely a spontaneous response to the music. I thought it had to be 3 girls because I was attracted to triangles, compositionally. There’s something strong that happens with that shape.

Is there a meaning behind the fire at the end?

Where was the video shot and why did you choose to shoot it there?

It was in Teraoka Family Farm in Pangasinan! My good friend Raymond Dacones, director and producer at Two Fold Media, let us use his family farm to shoot. We chose it because of practical reasons but also because we really wanted to shoot in nature.

What was the most challenging part of creating this video?

Scheduling and funding might have been the hardest parts. Everyone has day jobs and we intended to shoot for 3 days (which we managed to do) so it was hard to find a common schedule for everyone. It worked out though, since the shoot fell on a long weekend. Funding wise, I had to shell out my own money to produce the project, as well as King, so that’s always hard. Still, it was something I felt I needed to do and it was all super worth it.