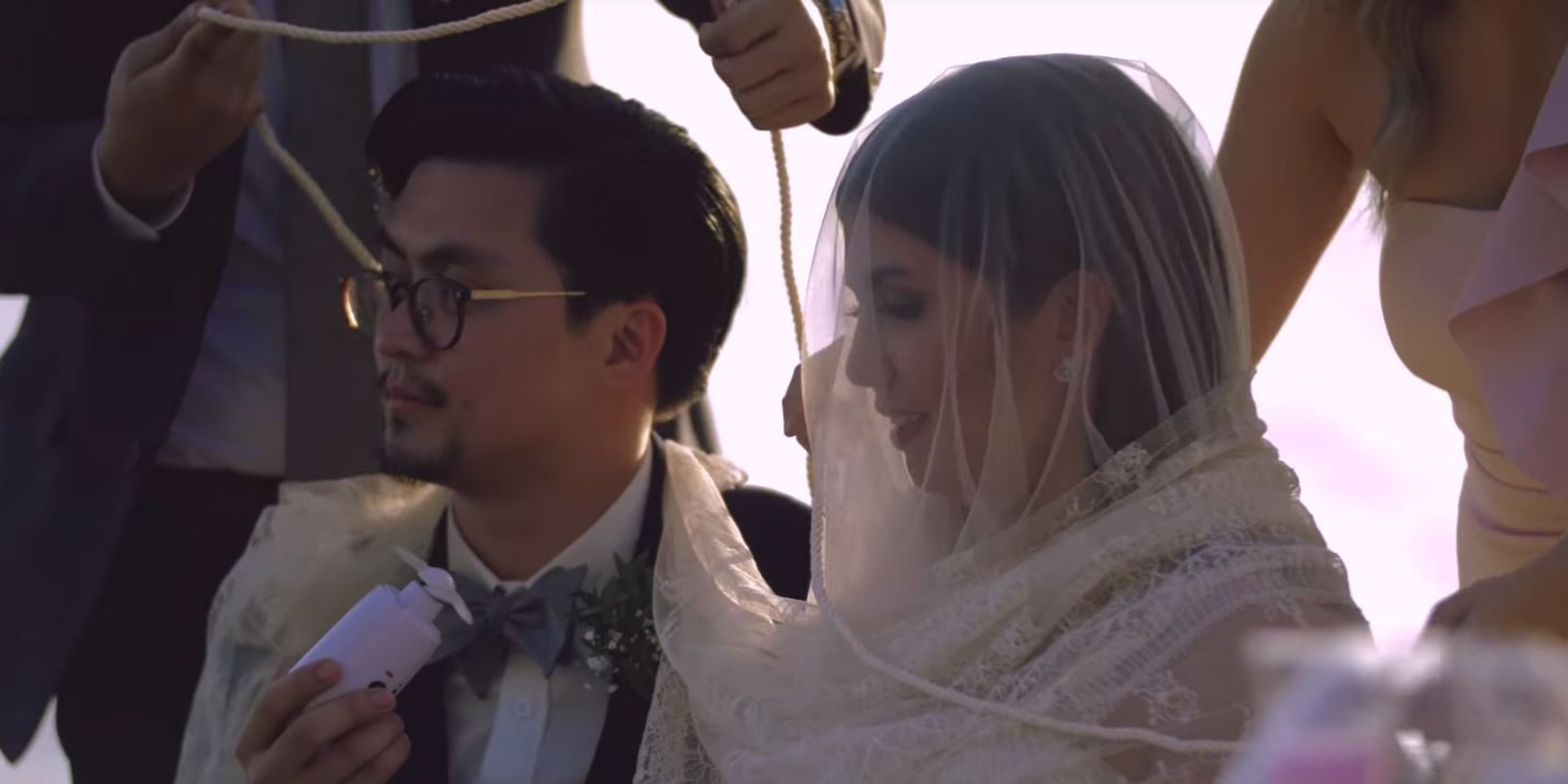 "They blossomed, despite the loud music, the difficult schedules, the demands of making it as a musician, the stereotype of a rock and roll lifestyle," videographer Jason Magbanua, who shot Anne Curtis and Erwan Heussaff's wedding video, wrote upon the release of Honasan and Del Rio's wedding video on Thursday (05/24) via YouTube. The video opens with Honasan and Del Rio strolling through iconic live music venue B-Side, with the bride recalling how they met as she called it a "full circle moment" being there three days before their wedding.

Among the artists seen in the congregation and entourage at the wedding, singer-songwriter Ebe Dancel appears at the video's 3:04 mark, performing 'Lakambini' from the Rock Supremo OST, where Honasan appears on the track 'Liwanag.'

Sunday afternoon (05/27) Ben&Ben revealed 'Godsent' as the title of the heart-warming song that perfectly accompanies the wedding video with a simple hashtag on social media. The Filipino 9-piece indie folk act debuted the song, which highlights Paolo and Miguel Guico's vocal abilities and soothing harmonies, at the wedding reception.