Words by Franchesca Judine Basbas
Photography by Harry Were

The beginning of quarantine was defined by a lot of things: Dalgona coffee, TikTok, and of course, BENEE’s breakout hit ‘Supalonely’.

Its lyrics: “I’m lonely, super lonely” and “While you’re out there drinking, I’m just here thinking about where I should’ve been” just hit a little too close to home in this time of social distancing and self-isolation.

While the singer-songwriter did not write the song with the pandemic in mind, ‘Supalonely’ quickly became a “quarantine anthem” in the early months of 2020. Originally written about a past relationship, the hit track has amassed over two billion streams and soundtracked millions of TikTok videos.

“I was at home in lockdown but your gal was freaking out. It was like “Holy crap, what is happening?” I was just kind of shocked at what was happening to my music. It's crazy,” BENEE told Bandwagon, recalling her reaction to ‘Supalonely’ going viral.

Just nine months later, the 20-year-old has performed on numerous online shows, launched her own record label, and even recently released her debut album. 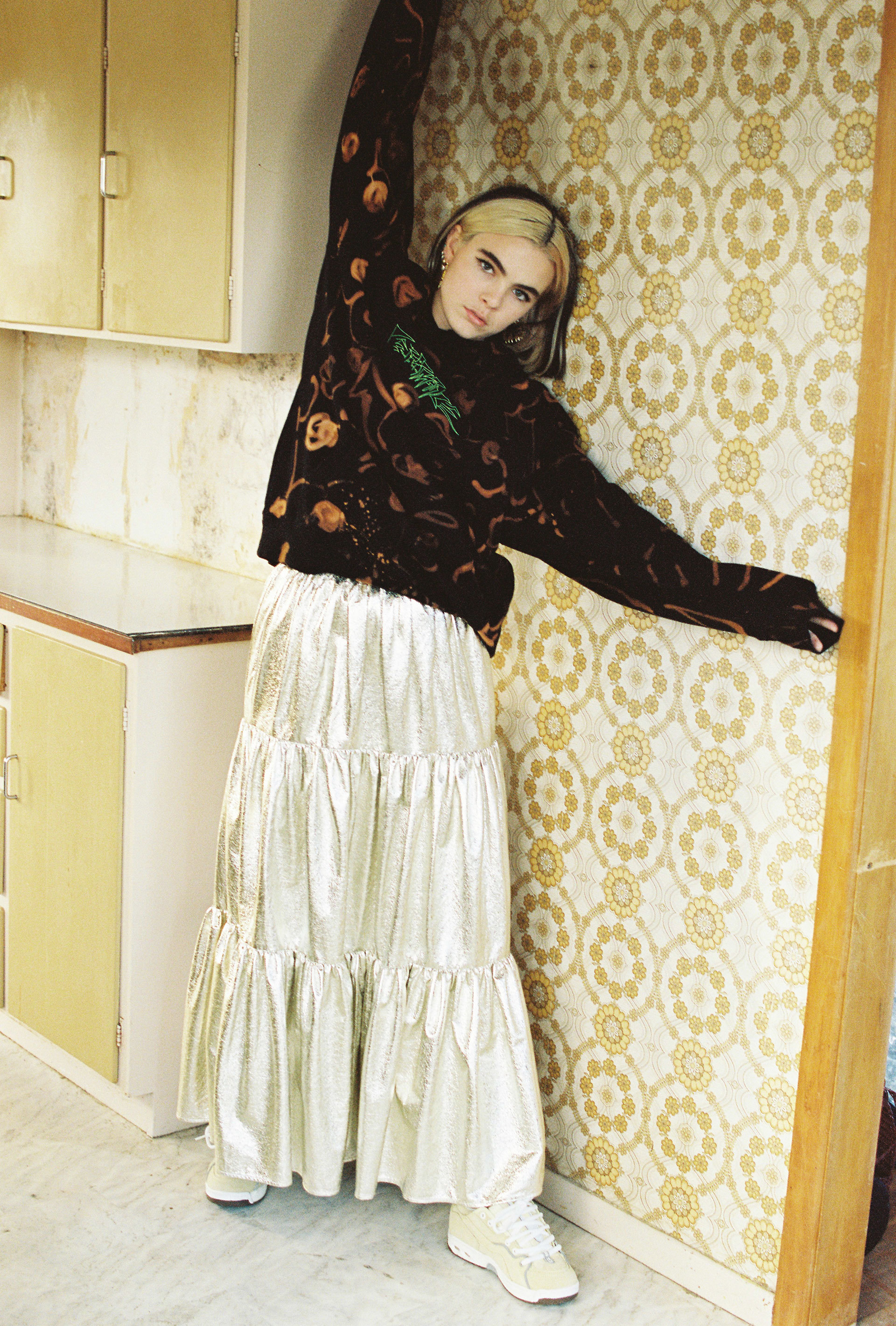 Hailing from New Zealand, BENEE’s early years were surrounded by music - taking on guitar and saxophone lessons, and constantly hearing the likes of Radiohead, Björk, and Groove Armada blasting through her home. This all led her to start making music and posting covers on SoundCloud during her last years in high school. “I don't know, it was quite spontaneous. I kind of got to this point where I had no idea what I  wanted] to do with my life and I was like, why don't we just post something on Soundcloud? Not really thinking anything would come of it. But also just thinking like, why not?,” said BENEE.

Initially going by the name ‘BENE’, the singer-songwriter made her official debut in 2017 with the track ‘Tough Guy’, followed by ‘Soaked’ the year after. The latter got her into the 2018 Triple J Hottest 100, an Australian radio chart.

Since then, the singer-songwriter added an extra ‘e’ to her name, got nominated for the MTV EMA’s PUSH Best New Artist Award, and E! People’s Choice Award for The New Artist of 2020 Category, and released two EPs, FIRE ON MARZZ, and STELLA & STEVE , both of which garnered massive attention for its honest and heartfelt lyrics contrasted by upbeat and cheerful pop melodies

Now, in the artist’s most recent feat, she has released her long-awaited debut album entitled Hey u x. The record spans 13 tracks described to be “an eclectic mix of songs” that tell stories of breakups and made-up love stories, and being in LA, all of which BENEE is excited for people to hear.

“I'm just super pumped. I've been sitting on some of these songs for so long. And I'm just waiting, like so ready for everyone to hear them. They like my babies and I'm ready for them to go out into the earth and meet people. You know?,” said BENEE.

Excluding previously released hits like ‘Supalonely’, ‘Night Garden’ and ‘Snail’, the first track off the album that fans got to hear was ‘Plain’, a feel-good breakup song featuring pop singer Lily Allen and rapper Flomilli.

“I made it wanting to make a song that just makes you feel good... like about maybe like an ex or something. There's only so much that you can listen to when you're going through a breakup or you've had someone who's like, missed you around. And, I feel like sometimes you just need to be a badass about it. It [talks about] this guy who I used to date, he's actually not having that great of a time. He's making it seem like he is but he's actually not. He's in a kind of bored place where he misses me so that was the actual idea. And, I wanted to just bring Lily and Flomilli onto it because I think they have this really cool sass. That really, really cool attitude. And I think they both bought something really cool to the song,” said BENEE.

BENEE’s album drop actually follows the launch of her own New Zealand-based label, Olive. Armed with a team dedicated to taking on a fresh approach to music, BENEE intends to use her global platform to shine the spotlight on undiscovered artists.

“The biggest thing for [Olive] is helping artists who may not have been heard by people. I feel like there's so many cool lowkey artists and sometimes it just takes someone to shout them out for them to be heard by so many new people. I love the idea of going out and finding an artist and then telling everyone about it. So that's exactly what I'm gonna do,” said BENEE.

The first artist signed under Olive is up and coming indie artist Muroki, who also features in BENEE’s newest album.

Just three years into her career, the indie-pop act has already made a notable name for herself and it’s only going up from here. Despite it all, however, BENEE just wants to live out her passion for as long as she can. “I just want to make this career long-lasting. I want to be like Grace Jones, 70 and still performing. I feel like that's when I would be quite content.”