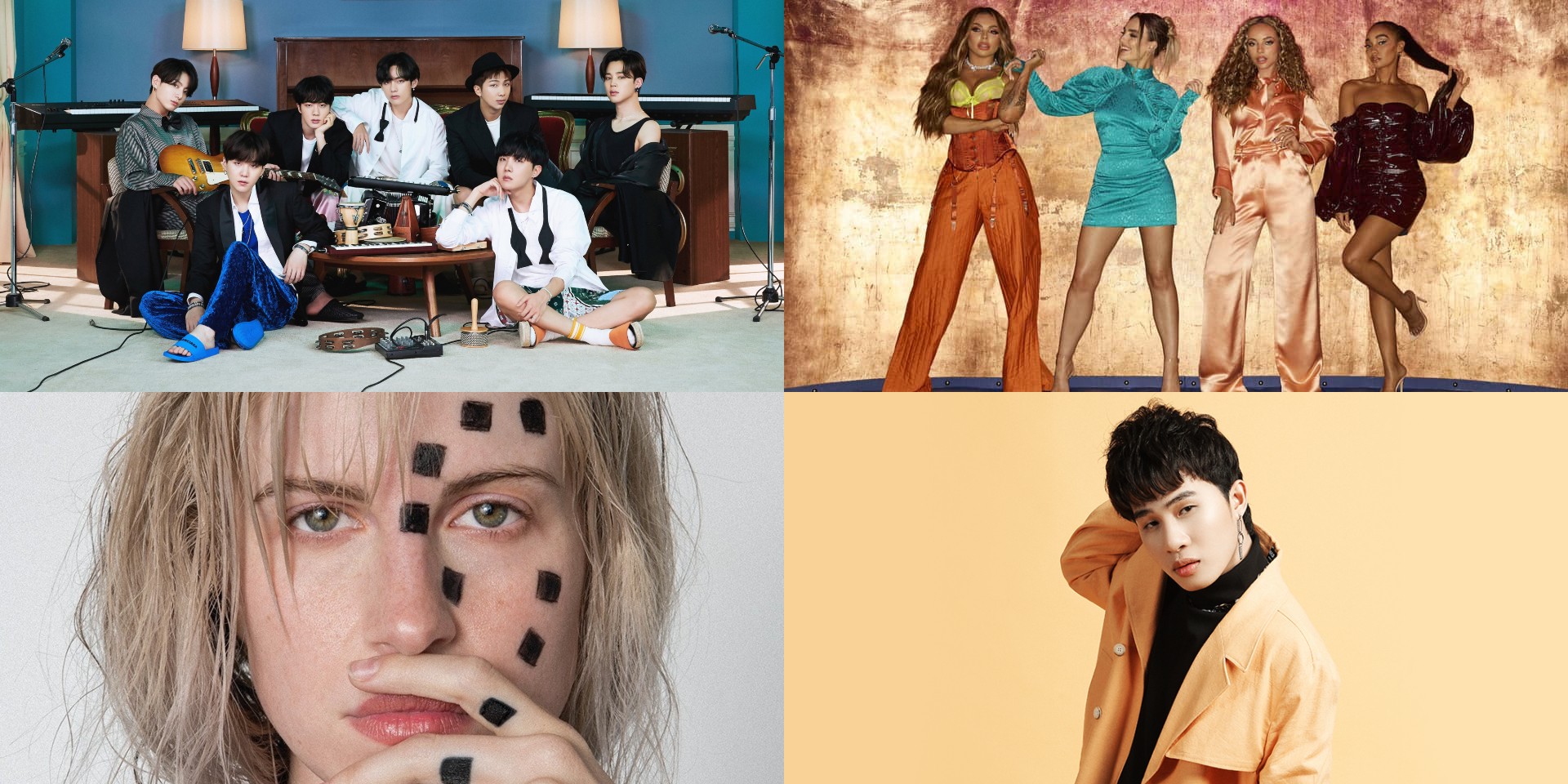 Firing off on a Sunday evening on November 8, the MTV EMAs, an awards show known for the appearances of the hottest world-class music acts, has taken place online for its 27th edition.

While usually strung up by performances at grand venues such as the FIBES Conference and Exhibition Centre in Spain, the 2020 event was unforgettably joined by impeccable pre-recorded performances from artists including the likes of Sam Smith, David Guetta, Little Mix, Alicia Keys, and more.

This was spliced in with the announcement of the show's winners, honouring the top names in the international music scene. In this year's race, BTS emerged as the biggest winners, taking home 4 out of the 5 awards they were nominated for, including Best Virtual Live for their 2020 virtual concert, BANG BANG CON, Best Song for 'Dynamite', Best Group, and Biggest Fans for ARMY.

Congrats to @BTS_twt on winning the #MTVEMA Best Song for #Dynamite!! 💜✌ pic.twitter.com/WobFWylTcz

On the other hand, Little Mix bagged the top prizes for Best Pop and Best UK & Ireland act. Brandishing their newest album Confetti, the British girl group stunned the virtual audience with 'Sweet Melody', alongside their hosting duties for the night which were shot from various locations.

You all did that!!! 🤩 Thank you to everyone who voted for us to win Best UK & Ireland act and Best Pop 💗💗💗 Love you all Mixers @mtvema pic.twitter.com/mQwe5Z1fXv

.@littlemix could sing me sweet melodies every day for the rest of my life and I'd never complain!! 😍🥰 pic.twitter.com/3x7wKf14ah

YUNGBLUD also came through with a sweet victory from Best Push, a category that awards the biggest breakthrough artists of the year. At the ceremony, he performed 'cotton candy' from his sophomore album, Weird!, together with his other 2020 hit 'strawberry lipstick'.

**WE** won a fookin ema!!! this is about us, always will be. i love u all with every part of me. thank u so much to every single one of you that voted everyday. rock n roll ain’t dead ... it’s very much alive and ready to smash the fuckin house up! 🖤 pic.twitter.com/EWWQFoDpa4

BIG CONGRATS to Jack from Vietnam 🇻🇳 who wins the #MTVEMA for Best Southeast Asia Act! 🎉🔥😻 He gives his thanks to his parents, Dom Dom fam & crew. Tune in to MTV Asia to watch the full show, Monday November 9 at 8:50pm (SG/MY/PH)! 🤩 #JackVietnam https://t.co/3Oc9Wvozhh pic.twitter.com/tz1xVa4xD9

Billie Eilish – 'everything i wanted'

Jorja Smith – 'By Any Means'