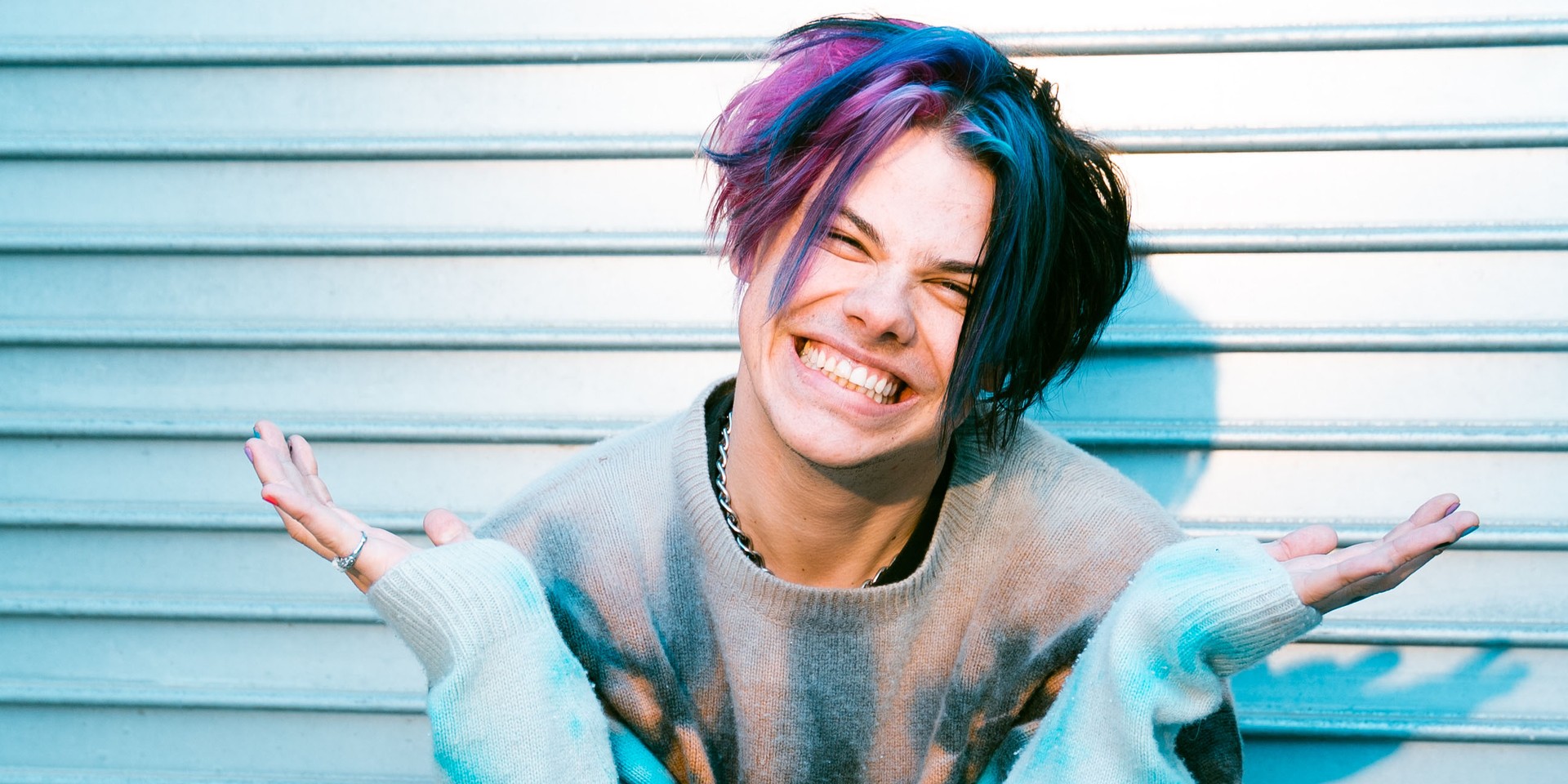 YUNGBLUD doesn't do anything halfway.

It's all or nothing with him. When physical concerts were taken out of the equation thanks to the ongoing pandemic, in just 72 hours, he organised the YUNGBLUD Show, a multi-segment virtual production with live performances and games (a "punk rock version of Jimmy Fallon", as he calls it). Now, he's released a new track, 'Weird!' and even shot a music video with his friends on an iPhone while stuck in an Airbnb in Los Angeles.

Born Dominic Harrison, the 22-year-old singer released his debut single, 'King Charles', three years ago, making his mark with politically-charged songs that constantly confront and challenge the status quo. He's written songs about capitalism's exploitation of love ('I Love You, Will You Marry Me'), songs that rail against gun violence ('Machine Gun') and sexual assault ('Polygraph Eyes'), and songs that raise a glass to individualism ('Parents').

His musical refrain may appear to be an ethos of rebellion and mayhem, but he's not so much interested in highlighting the divide as he is driven by the pure, instinctive need for connection. "It's not about being a punk," he says during a Zoom press conference. "It’s not about saying f--k you. It’s about being unified in love, in acceptance, in equality."

It's this passionate, no-holds-barred temperament that endears him so fiercely to his fans, and has allowed him to build a community that feels like a family.

"I was so excited to come and meet you all," he exclaims. "I was like, we have a community in Asia?" He was slated to perform in Singapore and Manila in March before the outbreak of the coronavirus, which would have made it his first run in Southeast Asia.

Despite this, the singer remains undeterred. "I'm coming down there ASAP," he declares. "As soon as I'm allowed to, I'll be on a plane to Asia. I know as soon as I set foot on Asian soil, your culture is going to blow my mind. I've been dying to be there my whole life."

In the meantime, he's been trying to stay connected to everybody through his quarantine series as well as his new song, which he had written while going through the "weirdest time" in his life ever. 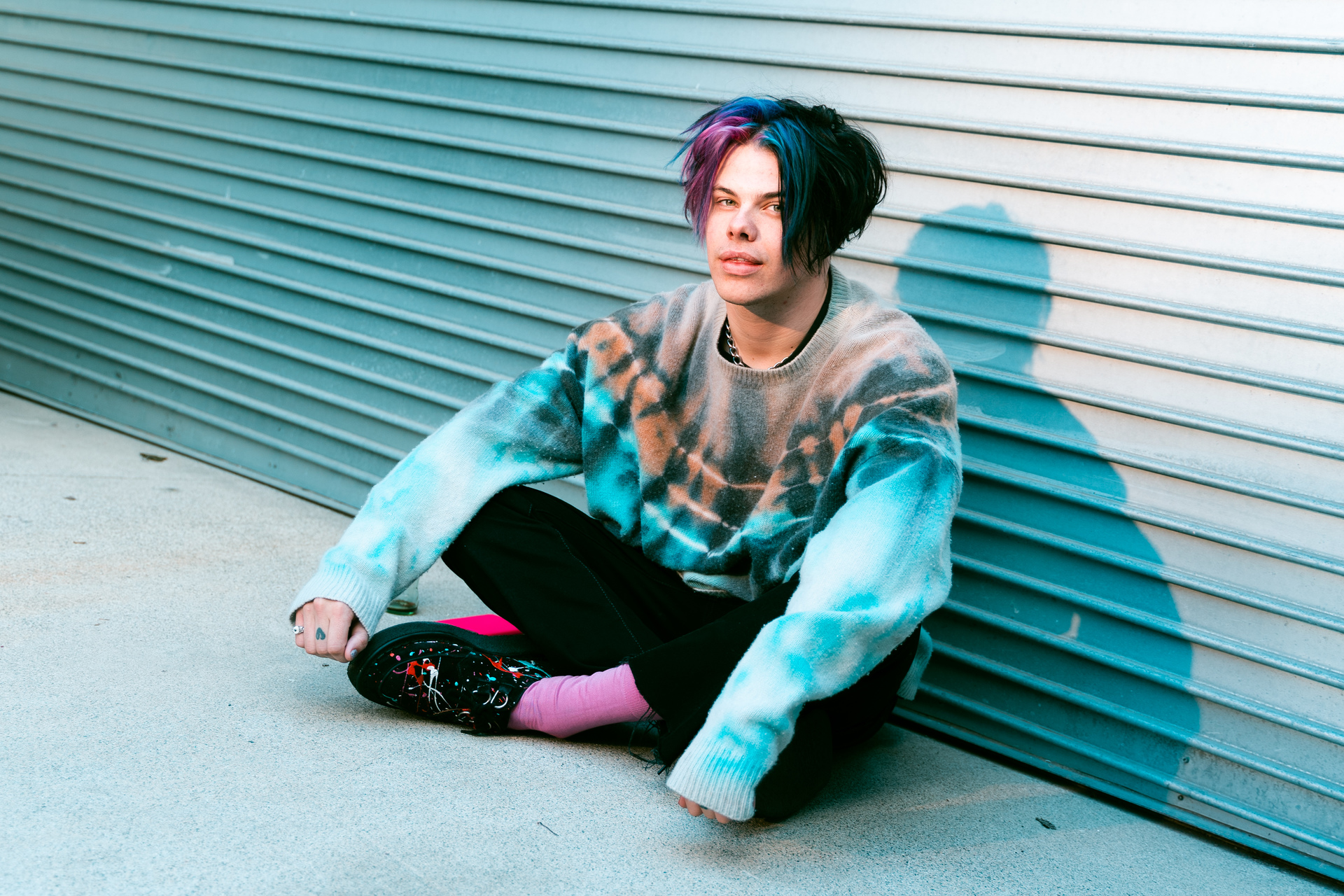 It's a coming-of-age record that doesn't necessarily speak about growing up, but it's instead a way for him to articulate the strangeness of what he's experiencing. A fitting anthem given the current circumstances, but it's also a heralding of an optimistic era for him, past the days of his explosive diatribes. There's still an undercurrent of alienation, but it's tempered by a hitherto bared optimism, even if that runs a little morbidly ("Some days I'll laugh, one day I'll cry / See my mum and father die / But the sun will shine tomorrow").

"When I first started my career, I was so angry because the world I grew up in didn’t want to know me. It didn’t want to accept me, it didn’t want me to belong in it," he says. "I figured out that I had to build a world for myself, and I realised after this whole process of meeting people—how can I be angry?"

He had intended to release the track only later in the year, but found it appropriate to share it with the world in a time when this hope is perhaps needed most.

"Everyone feels like they're trying to catch smoke right now, so I want this song to make people feel like—yes, it's scary, things are bizarre. But if we remain unified, then things are going to be okay, everything's gonna be alright."

Watch the music video for 'Weird!' below.