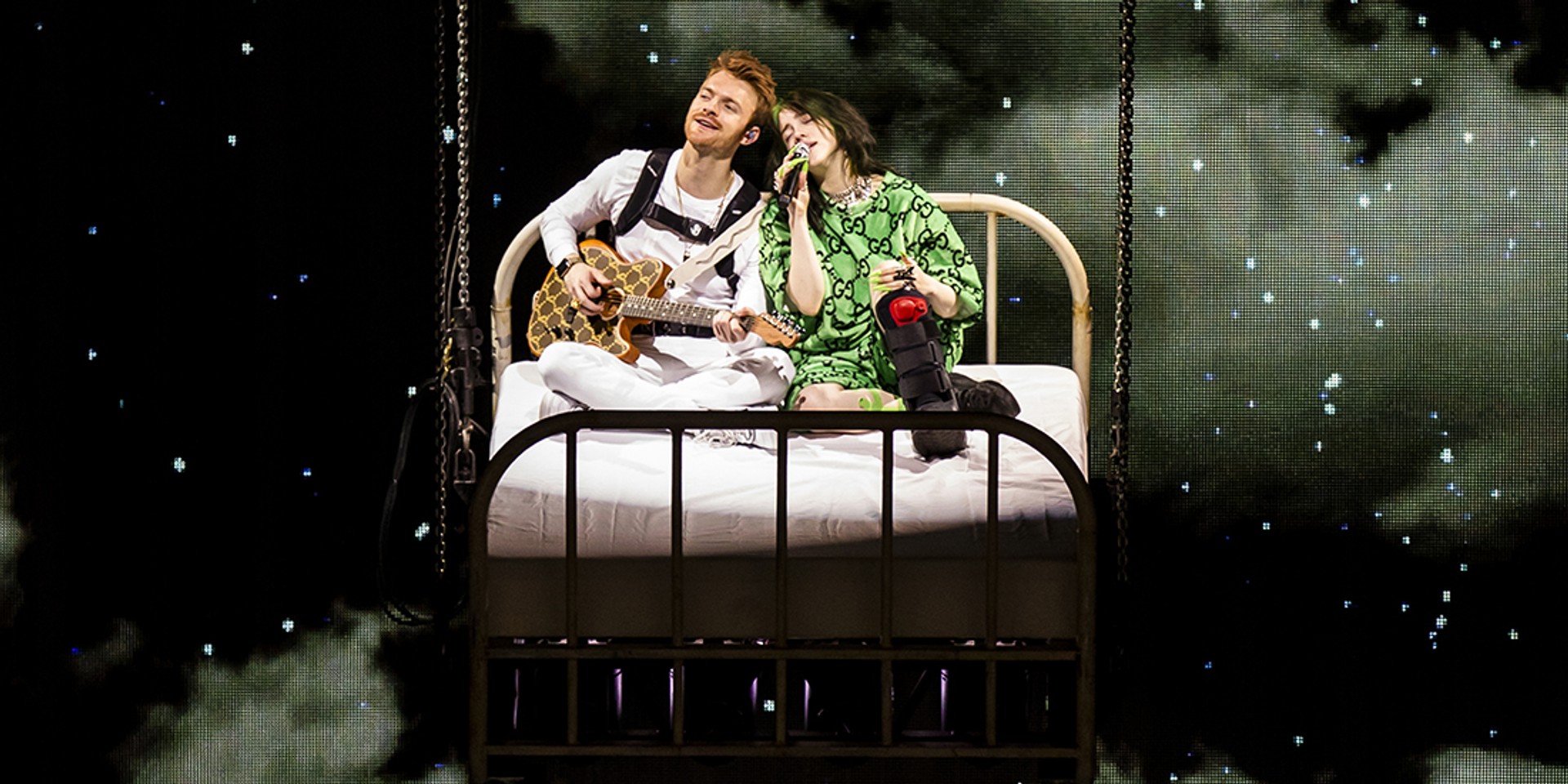 Billie Eilish has shared an official live video of ‘i love you’, the second last track in her acclaimed debut album, WHEN WE ALL FALL ASLEEP, WHERE DO WE GO?

The video was filmed during a show at The Greek Theatre in Los Angeles, and sees Billie and her older brother and collaborator Finneas sitting on a bed on stage. The siblings played to a packed amphitheatre lit up by flashlights from fans, which appeared like thousands of bright stars illuminating the night sky.

Fans were moved to tears as Billie’s haunting vocals and Finneas’ gentle arpeggiated guitar chords delivered ‘i love you’ in a simple, stripped-down set up. At the end of the performance, the bed is suspended in front of a visual of a giant full moon as the pair wrapped up the beautiful ballad.

The live video for ‘i love you’ was released on Monday, 12 August, and has since garnered over 2.9 million views on YouTube.

Check out the live video for Billie Eilish’s ‘i love you’ below.