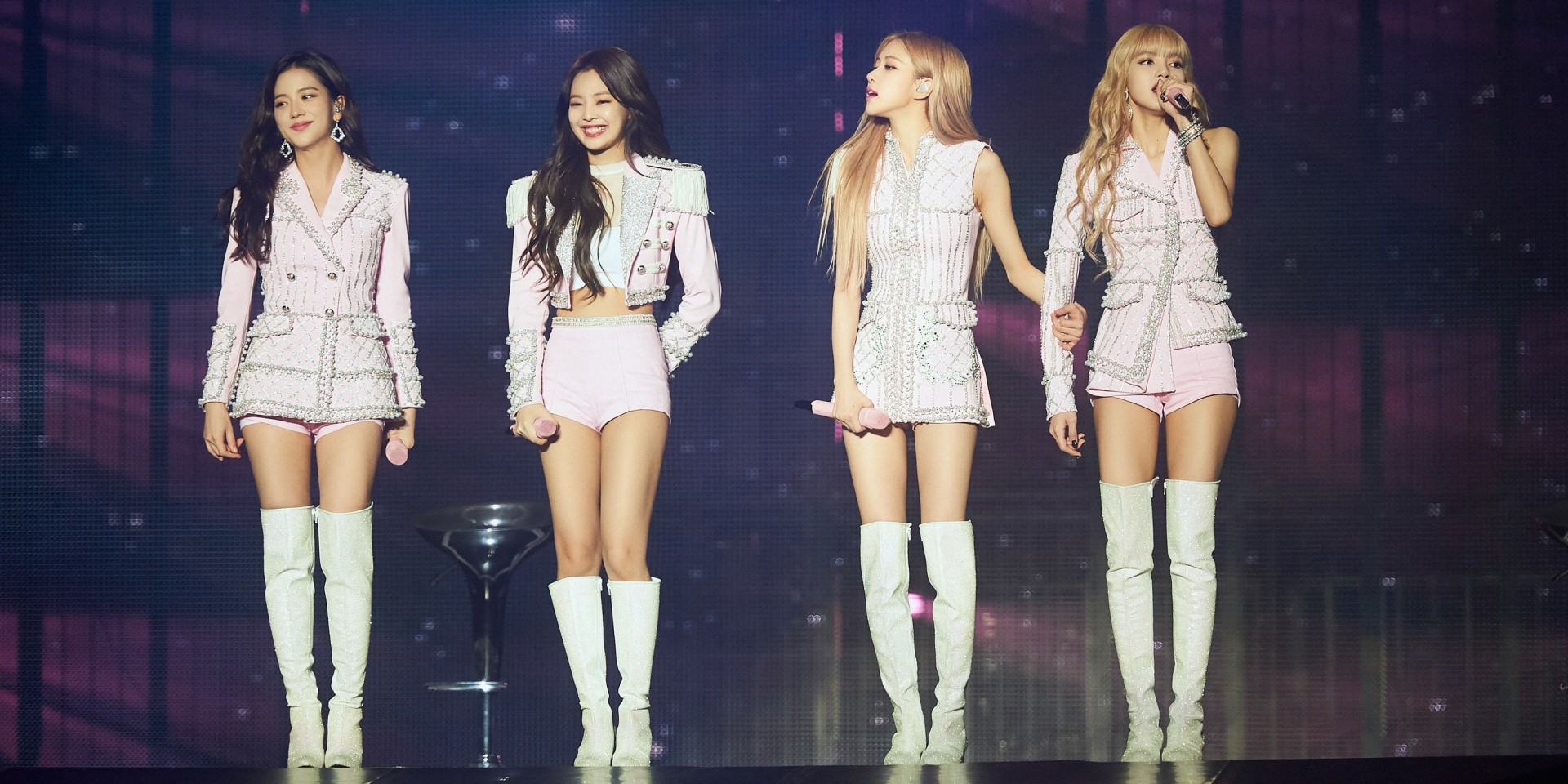 South Korean girl group BLACKPINK may have only debuted two-and-a-half years ago but the quartet already holds the record for the most viewed YouTube music video from a K-pop group.

Its 2018 hit ‘Ddu-Du Ddu-Du’ amassed 671 million views to date, surpassing the number of YouTube views of BTS’ ‘Fake Love’ and ‘IDOL’ which ranks second and third on the list respectively.

And the group is determined to shoot for the stars in 2019, having made its U.S. talk-show stint on Good Morning America, The Late Show with Stephen Colbert and Strahan And Sara just last week. The girls will also be kickstarting their North American tour and playing at Coachella in April. 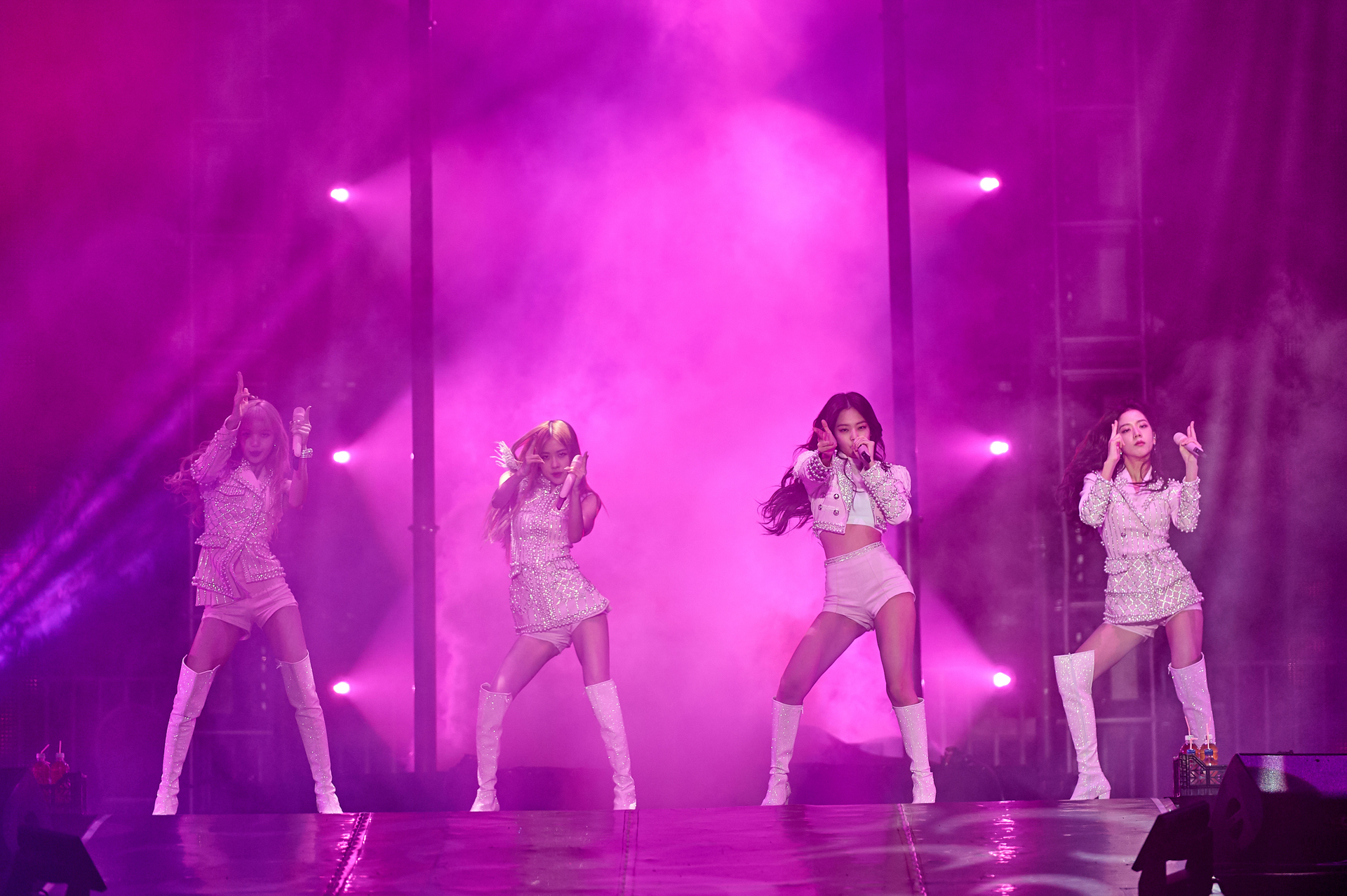 When the girls dropped by Singapore, for the first time, as part of their concert BLACKPINK 2019 WORLD TOUR [IN YOUR AREA] at the Singapore Indoor Stadium, the feverish excitement was understandably so.

Making their entrance with their powerful trap-infused hits ‘Ddu-Du Ddu-Du’ and ‘Forever Young’ from their first EP Square Up, the ladies captivated their Singaporean BLINKS (name of their fans) in bedazzled and pearl-adorned pink suits.

Unlike the cutesy girlish pop concepts popular among K-pop girl groups, BLACKPINK did not hesitate to bring out its tough and fierce side in ‘Ddu-Du Ddu-Du’ which rapper Jennie described as a song conveying the meaning of “bring it on, let’s fight”. 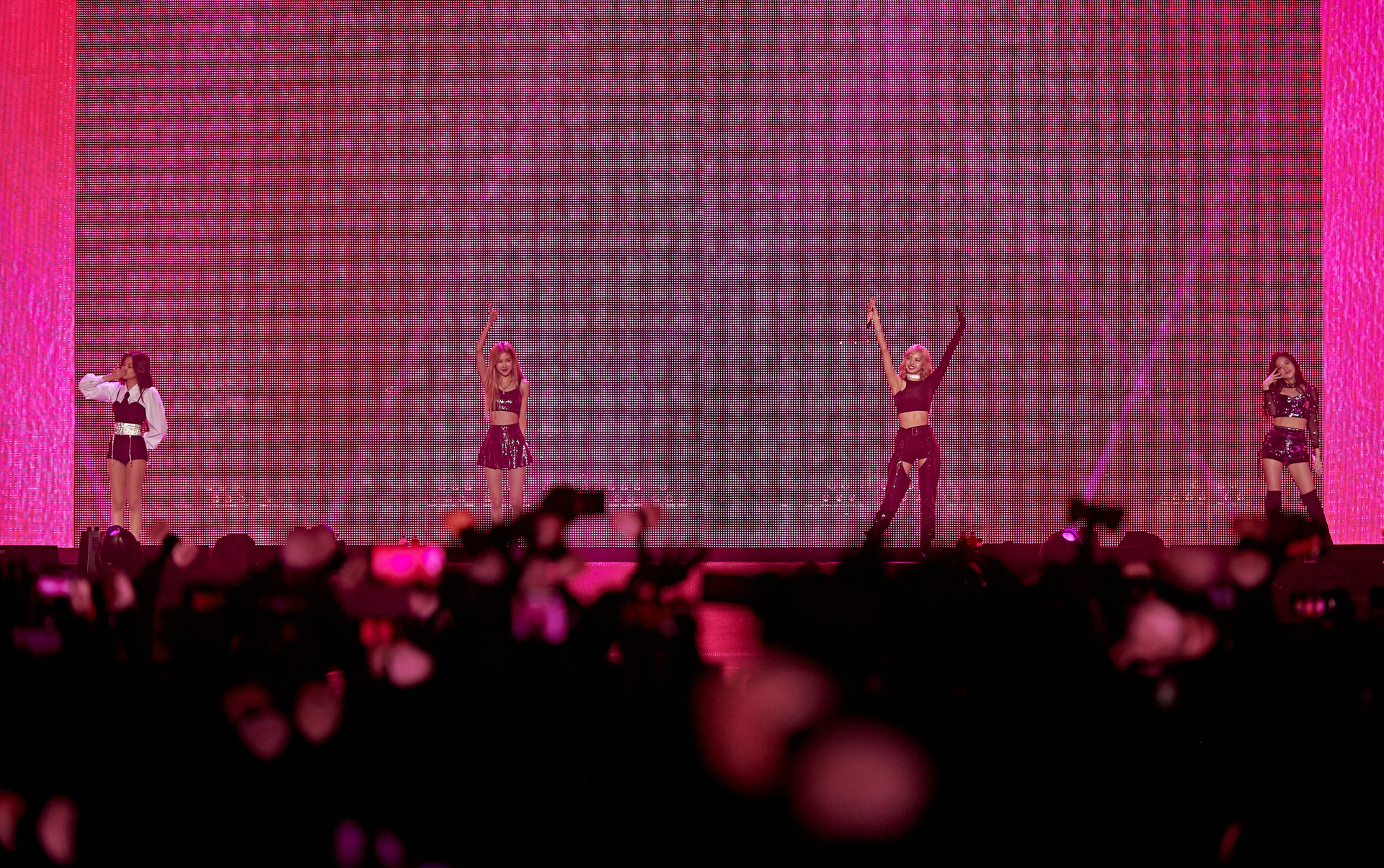 Aside from their killer moves during dance breaks in the songs, cheers from BLINKS reached a peak when Jennie effortlessly spit 63 syllables in an estimated 8 seconds in ‘Ddu-Du Ddu-Du’.

Greeting their BLINKS as soon as the songs were over, Jennie signalled to the crowd: “Put your phones down. Enjoy us being here. It’s our first time in Singapore and it means a lot.”

Slowing it down, BLACKPINK then showed off its raw, emotional vocals on ‘STAY’ and ‘Whistle’.

With all 4 BLACKPINK members making their solo debuts by the end of this year (Jennie was the first to debut solo last year), the girls’ solo stages offered a peek of what we could expect in their future solo careers. 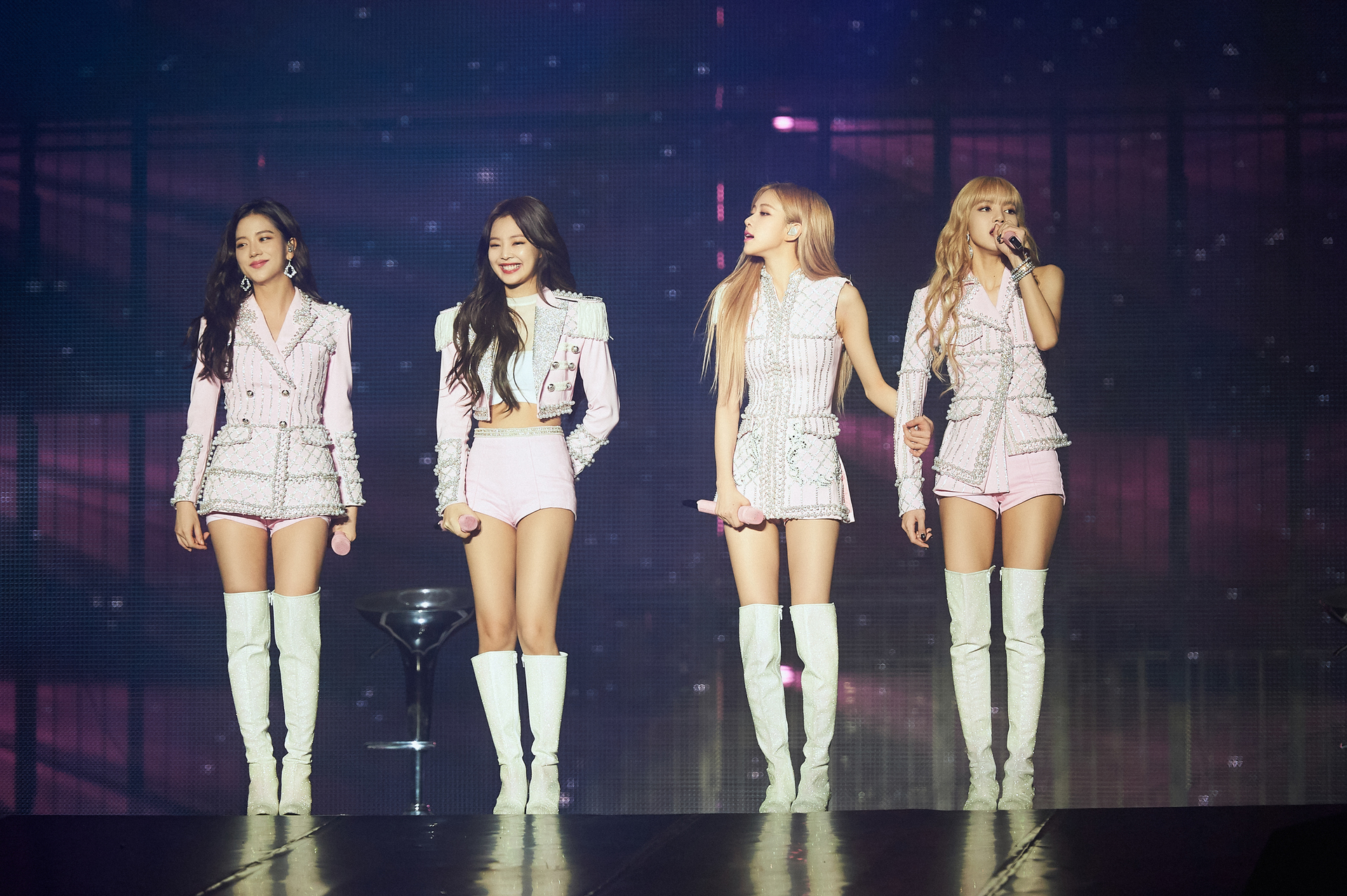 Kicking it off with baby-faced Jisoo who covered Zedd’s ‘Clarity’, the 24-year-old proved that she is not just a pretty face by wowing BLINKS with her husky high notes. Next, Barbie-esque Thai member Lisa hit the stage with a fun and flirty dance to Jason Derulo’s ‘Swalla featuring Nicki Minaj and Ty Dolla $ign’.

Almost like a scene out of La La Land, main vocalist Rosè appeared next in a dreamy nude drape dress. With the stage effects kept to a minimum, the 22-year-old Korean who was raised in Melbourne, captivated BLINKS solely with her crystal-clear and soothing voice. Besides covering The Beatles’ ‘Let It Be’, she paid homage to YG’s senior singers by belting out her version of Park Bom’s ‘You & I’ and Taeyang’s ‘Just Look At Me’.

One of the most anticipated stages of the concert, Jennie turned up the heat with her addictive solo dance track ‘SOLO’, describing a women’s journey of loving herself after leaving a toxic relationship. Packed with intense dance choreography along with an ensemble of backup dancers, the multi-talented artist showed her ability to singlehandedly stun an audience.

Wrapping things up with an encore of ‘Ddu-Du Ddu-Du’ and ‘STAY’, BLACKPINK’s foursome expressed its interest in returning to Singapore and promised a comeback soon. After being captivated by every track they’ve dropped, us BLINKS can’t wait for BLACKPINK’s comeback and for the members’ solo tracks this year. 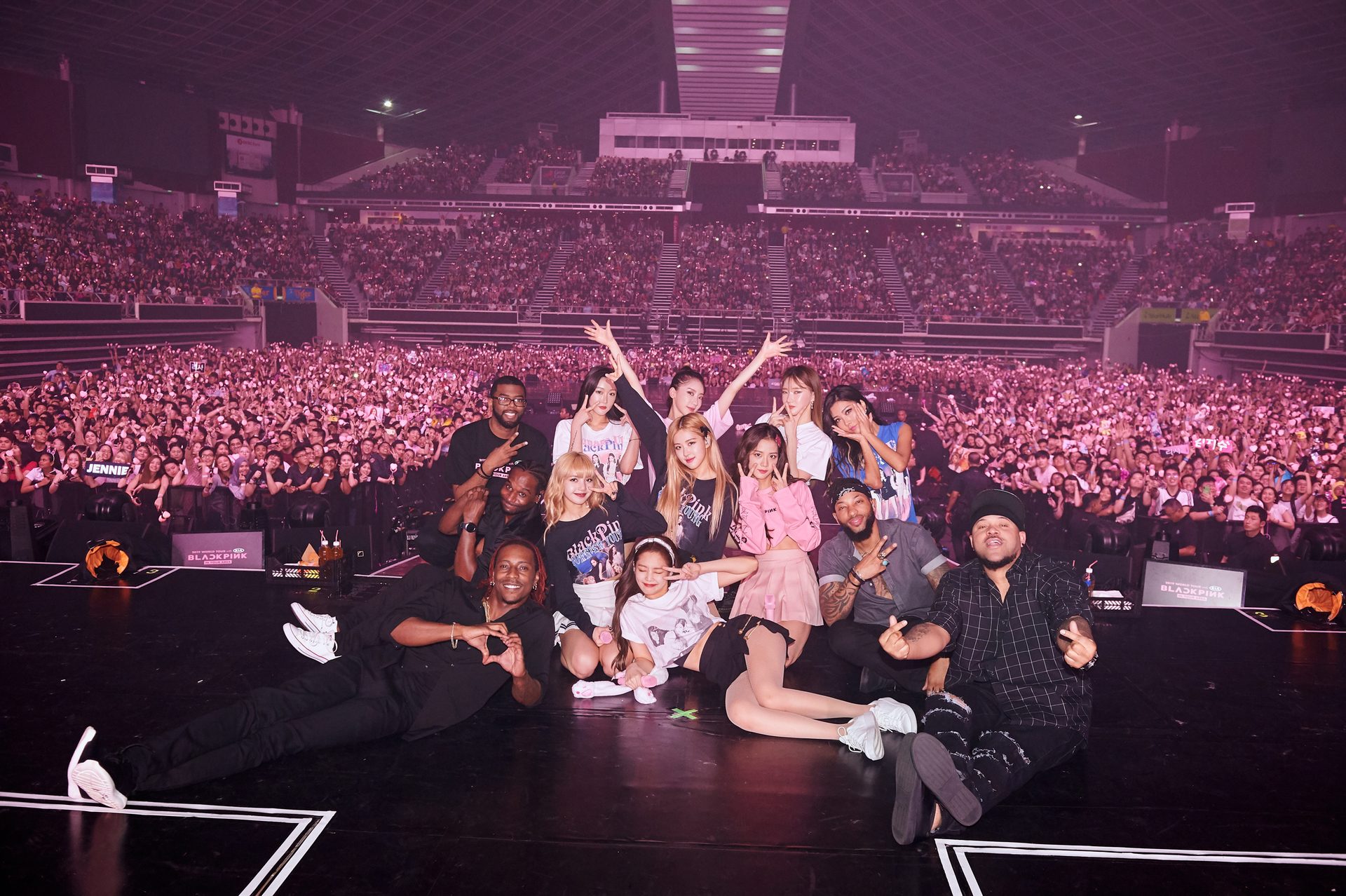 Let It Be (Rosé solo)

Only Look At Me (Rosé solo)

Kiss and Make Up

As If It's Your Last

Special thanks to Live Nation and ONE Production for the invite.