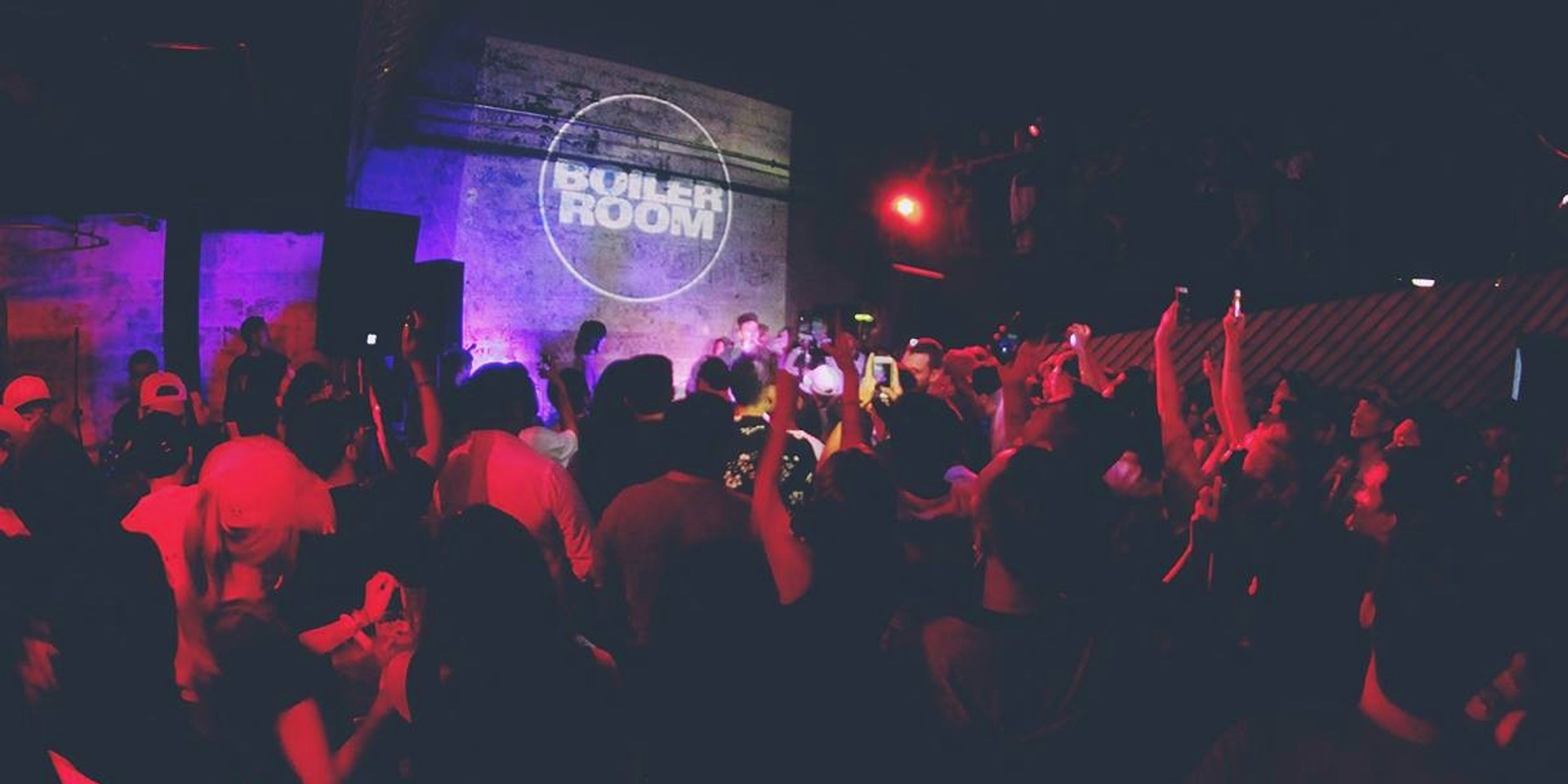 Words by Bandwagon
Photography by Black Market Manila
When we spoke to one of Boiler Room's original architects, Thris Tian, back in 2014, we could tell that the veteran DJ and radio host could hardly believe how massive the platform had grown in such a short span. Born out of passion for challenging electronic music, a philosophy of intimate authenticity and next to no money, Boiler Room's early years literally took place in the DJs' bedrooms.
The set-up was familiar though - a crowd positioned behind the decks so that the selector, producer or musician is always the camera's main view. It was a lot hard work for very little return at first, but over the years, the broadcast organically became the de facto online platform for audiences to check out mixes or live sets from the world's most cutting-edge musicians.
And though their swift global expansion in recent years now sees them garnering millions of views per video and holding parties at high-profile venues all around the world (a far cry from their friends' basements), its admirable that they've their ethos for spotlighting fresh, boundary-pushing talent has never wavered.
"We’ve managed to get this kind of vehicle to expose new talent and move them out. We very quickly decided that it would be about championing sounds from that certain place we hold Boiler Room parties worldwide," Thris Tian explained.
Naturally, we've all been clamoring for Boiler Room to head over to Southeast Asia to showcase the region's cream of the crop - and thankfully, it looks as though the streaming juggernaut has finally set their sights on on our little corner of the world.
Boiler Room streamed their first live set from Manila last Friday night (May 26) from Black Market and the line-up was as brilliantly-curated as you'd expect, featuring BuwanBuwan Collective co-founder and Darker Than Wax affiliate similarobjects, singer-songwriter Jess Conelly and producer LUSTBASS, young trap lords OWFUCK, Black Market resident Red-I, as well as Bandwagon Music Market alum, Eyedress.

We got a chance to speak to Boiler Room director Angela Stephanson about their first-ever Manila broadcast, how it came about and what's next for Boiler Room in Asia.

I'm half Filipina/half British and spent a lot of my childhood in Manila. I've also been a part of the Boiler Room team for five years as a producer/director, working behind the camera on hundreds of shows. I never imagined how far and wide Boiler Room would spread but I hoped one day that we might be able to bring it to the Philippines. I visited Manila in January for the first time in 10 years and while I was there, met Eyedress who introduced me to Anna [Sobrepena-Ong] from Black Market, and we were all enthusiastic about making it happen. Fast forward a few months and a lot of work put in from both the Boiler Room team and Black Market and we're finally here.

Finding out about the music scene here has been really exciting and I wanted to shed light on the Philippines in a positive way, I especially believe that when things are difficult politically it's important to give people a platform to express themselves. It's always been a creatively inspiring place for me and I wanted to share that with people, what better way to do that than to let some of the best acts in Manila right now showcase their music to the world.

Boiler Room has thrived on tasteful curation. What were the biggest draws for each act added to the Manila line-up?

Each act has a live element to their set which will make them really interesting to watch from a performance perspective. I met Eyedress in January and he's one of my favourite acts at the moment, a really versatile musician and I believe in him as an artist, he has a great album coming out soon after the show. After watching OWFUCK videos online I knew we needed the raw energy they have to be a part of the show. Everyone on the line up is talented and I think they all represent the interesting things going on in Manila right now.

What do you look for in an act in every new city you hold a Boiler Room in?

Boiler Room has many great people working day in and out in the music industry to uncover new acts we can work with, and what each of those people look for is different but it's all about tapping into an exciting scene and figuring out a way to present that to our global audience. Showcasing local talent has always been an important aspect for international shows.

Boiler Room has expanded beyond its usual roster of groundbreaking electronic acts. Will we see the same in Asia?

We're really just picking up the pace of shows in Asia so I'm interested to see how that will progress, there's definitely an appetite for finding music beyond what Boiler Room is typically known for. We really hope to uncover more in Asia whether that's through live shows or other formats such as documentaries. There's so much amazing music in Asia that spans different genres, it's just a case of finding the right acts.

Any other cities you’re keeping an eye on?

We're definitely looking to expand on the cities in Asia we've covered so far, Singapore and Hong Kong are in the pipeline but we're looking to do a full Asia tour eventually.

Special thanks to Black Market's Anna Sobrepeña Ong for setting up the interview.