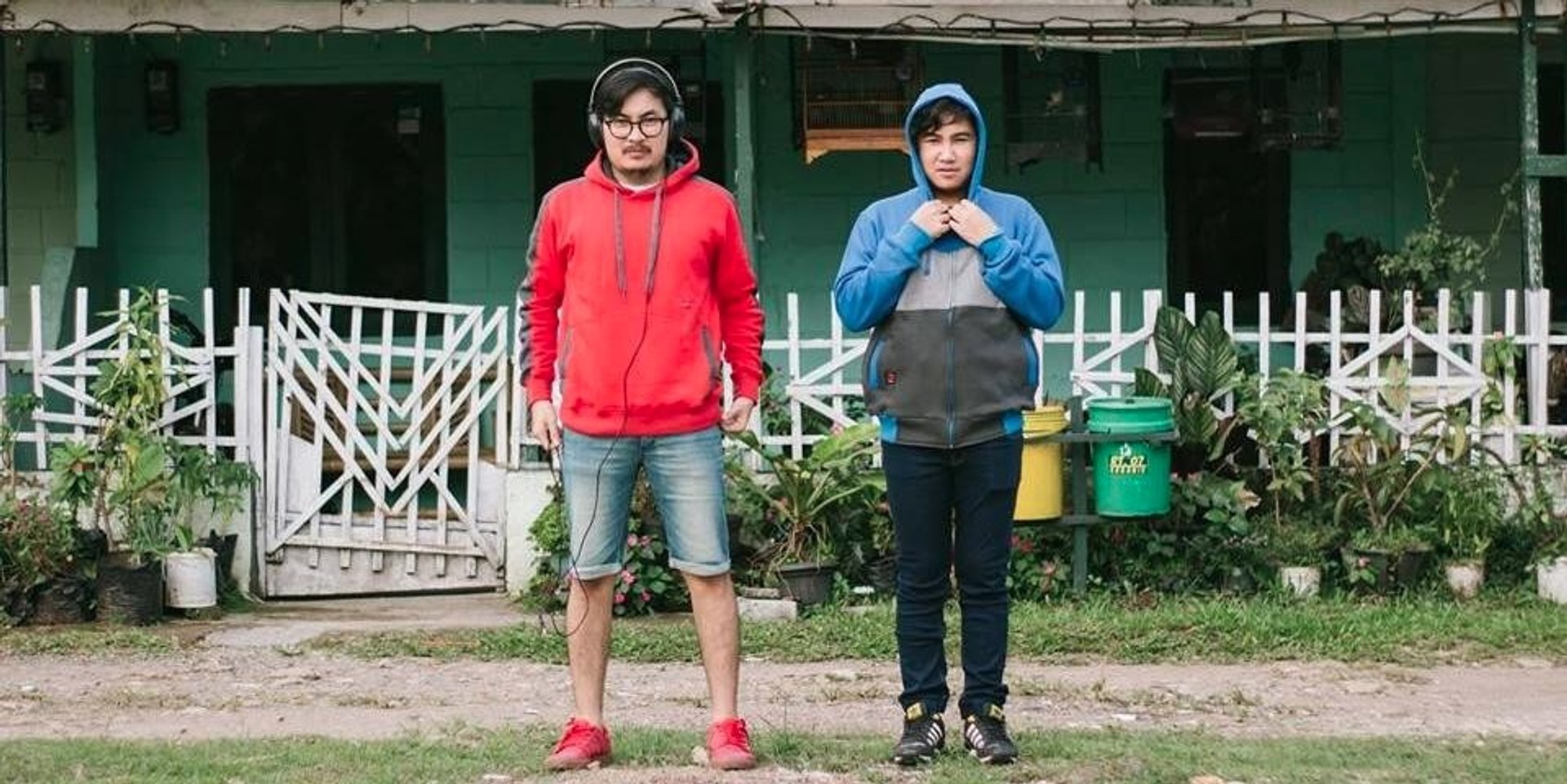 A curious item made its way to a website called Ripstore: a collection of six songs and a red button with 'MIRROR DOWNLOAD' written on it. Bottlesmoker is the nearest route to a band name and Polarity is the name of the collection; an EP, if you will. Many things remain unwritten about how it came to be, but let's just assume this setting in place: synths, drum machines, recording devices, bedroom door.

Right, so it's a free download and this has been Bottlesmoker's favorite getup since 2006. The electronic duo from Bandung, Indonesia — consisting of Anggung Suherman (aka Angkuy) and Ryan Adzani (aka Nobie) — have four records to their name, an opening slot for the mighty Battles in Thailand and many other well-received gigs. Home and out, the whole ride.

From 2006's Slow Mo Smile to 2013's Hypnagogic (2013), their music has flirted with inertia and heady electronica — a result that is equally challenging and soothing.

This month, they're set to play the Laneway Festival — you know, large green land with people on it — and all the way from Indonesia, they talked to me about the show, putting up their music for free download, and their upcoming record that's set for release in March 2017.

You guys have been putting out records for free, including your recent EP Polarity. How do you define success now that the burden of commercialism has been lifted from your shoulders?

Angkuy: Success depends greatly on your goal from the beginning. Our goal, from the start, has always been to give away our music.

Nobie:  We want a lot of people to hear it basically.

You guys have put the Creative Commons, the non-profit organization, tag on your records. Can you explain to us more about it?

A: Before we were aware of Creative Commons, we already tried to get everyone to know about the possibility of giving away music for free; before the internet, our album went from hand to hand and there was the whole deal with SASE (Send Address Stamped Envelope) — people gave their blank CDs and we sent them back after burning our songs on them.

Around 2010, we became aware of Creative Commons by way of an online label. Next thing we knew we were a representative for Creative Commons in Indonesia by participating in a conference. Basically, Creative Commons is just a way for the public to know that whatever it is that we put out can be used for anything.

And the bands who want to join in the fun, they have to have the same orientation when it comes to money?

A: They have to know the consequences from work with the Creative Commons license, because it's a non-profit endeavor.

The whole purpose of it is to spread the knowledge — that there is music out there — to the world. So, artists who want to just introduce their work to the public, they can't do better than CC. And if a musician's whole deal is to rope in profits, then CC might not be good for them because its nature has less to do with the bureaucracy of intellectual property.

...before the internet, our album went from hand to hand... people gave their blank CDs and we sent them back after burning our songs on them."

— Bottlesmoker's Angkuy on the band's distribution methods before free downloads.

You've made a name for yourself by making atmospheric, headphone music. Bedroom music is how I'd put it. How do you feel about bringing that into the stage, as big as the one at Laneway, your first time there?

A: We've already had several experiences in Indonesia. We usually played at small gigs, in bars or auditoriums; the audience could be immersed in the situation, the atmosphere.

For bigger festivals, we've also been there. Usually, the audience [who come to see us] in-between other bands that they wanted to see. We sort of function as a break. As for Laneway, the audience could find a way of listening to our music by knowing about us beforehand.

N: Laneway folks usually are armed with such open references when it comes to music. And they usually do some sort of research. Laneway is also really good with curation and we appreciate the whole system they have going on there. Later on our set, we'll tweak our format so that it'll fare better outdoors.

How will you tweak it?

A: From a technical standpoint, we try to make some changes: from the instruments, costumes to the remixes of our songs so that it could be a proper introduction to the audience at Laneway.

A: No. We want to focus on this format. We want to introduce Bottlesmoker to the audience. I think what will be new to us and to the audience is the fact that we'll play two songs from our new record; sort of like an introduction to it as well.

...our new material will have them interact with one another. Move, dance, react. From separate particles to a whole, I think."

I read in an interview that you're releasing the new album in February.

A: Oh, we're actually releasing it in March.

A: Of course, but we will also release it in a physical form. So far, we haven't found a label that'll release that, although we have approached Yes No Wave, an online label from Yogyakarta.

I want to return to your music. You said once in an interview that the best situation for a proper listening experience to Bottlesmoker's music is 'loneliness'. Can you say the same thing now, what with the new album and all?

A: From 2006 all the way to Polarity, our music has represented that word, 'loneliness'. When we're lonely, we think, we become alert to the reaction when listening to music. We've always tested our music — is it perfect? is it strong? — and we feel that we've got it every time when it's enjoyed in solitude.

But it'll be different with the new album, it can't be all about loneliness anymore. We respond to it as we would a ritual, so people will both enjoy it and celebrate it.

N: When we began performing, people were initially a lot more focused on themselves. Well now, we're trying to spread that energy differently and our new material will have them interact with one another. Move, dance, react. From separate particles to a whole, I think.