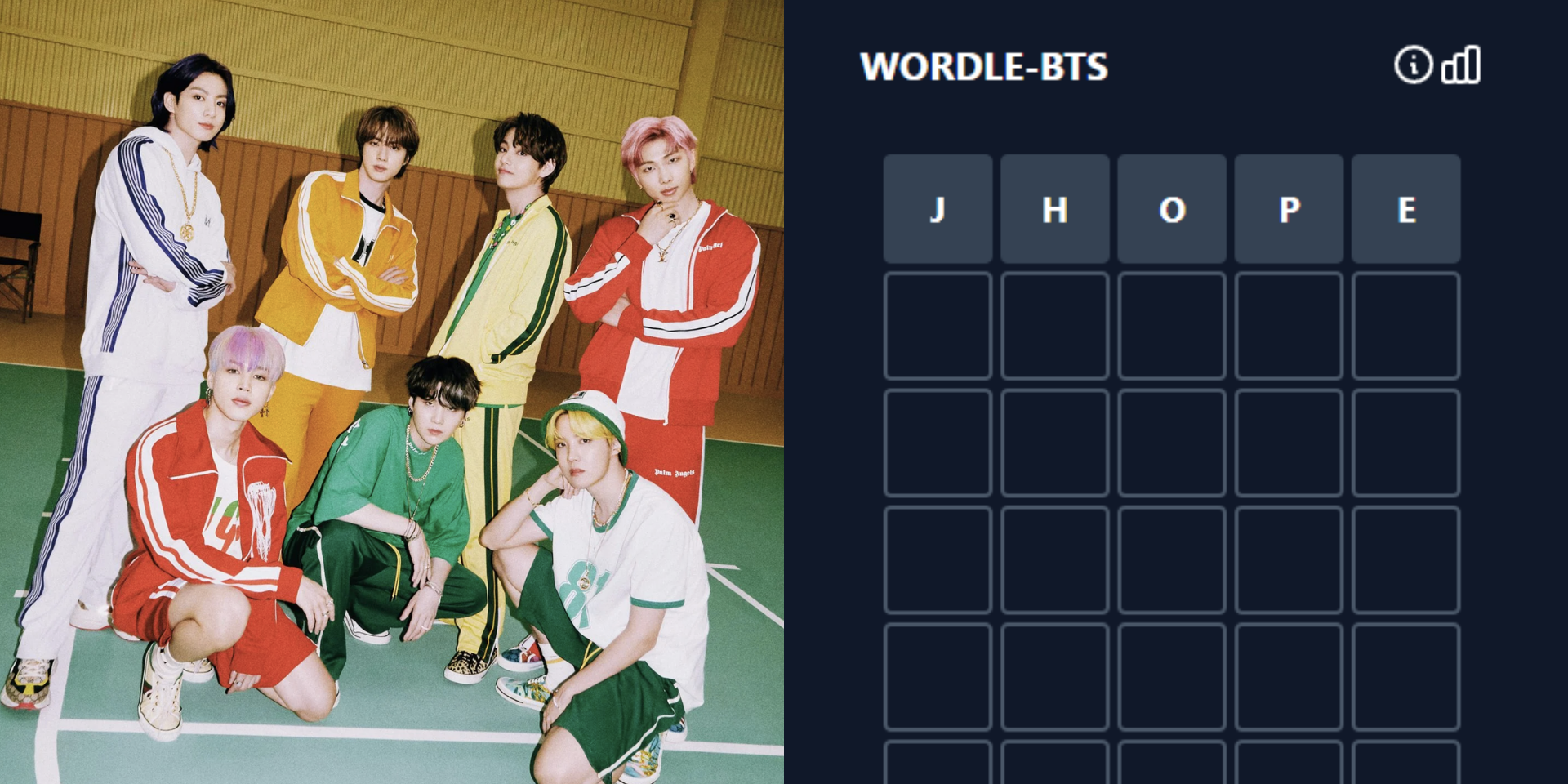 If the last few years were dominated by the strategy game Among Us, the start of 2022 took off with Wordle.

Created by Josh Wardel and recently bought over by the New York Times, the puzzle game has taken over the world, filling our social media feeds with colourful squares. To add more fun, the BTS ARMY have created a puzzle themed around the award-winning global pop superstars.

Put together by @btschartdata, a Twitter account dedicated to BTS' charting news and hosting listening parties, the BTS-inspired puzzle has been making its rounds with BTS fans all around the world. Here's how some fans did for the first round.

dude bts wordle is WAY harder than i thought 🥲🤌🏼

Me on the TL looking for all the bts wordle clues cause my brain is blank pic.twitter.com/4zJFjMuOZ6

this bts wordle making me lose my mind pic.twitter.com/EqdiMKtYzX

You can access the BTS-inspired version of Wordle here.

Following their sold-out, four-day residency at Los Angeles' SoFi Stadium last year, BTS are currently an on official "extended period of rest" to spend time with their families and focus on new music. The group is expected to return sometime this year with a new album and an in-person concert in Seoul this March.