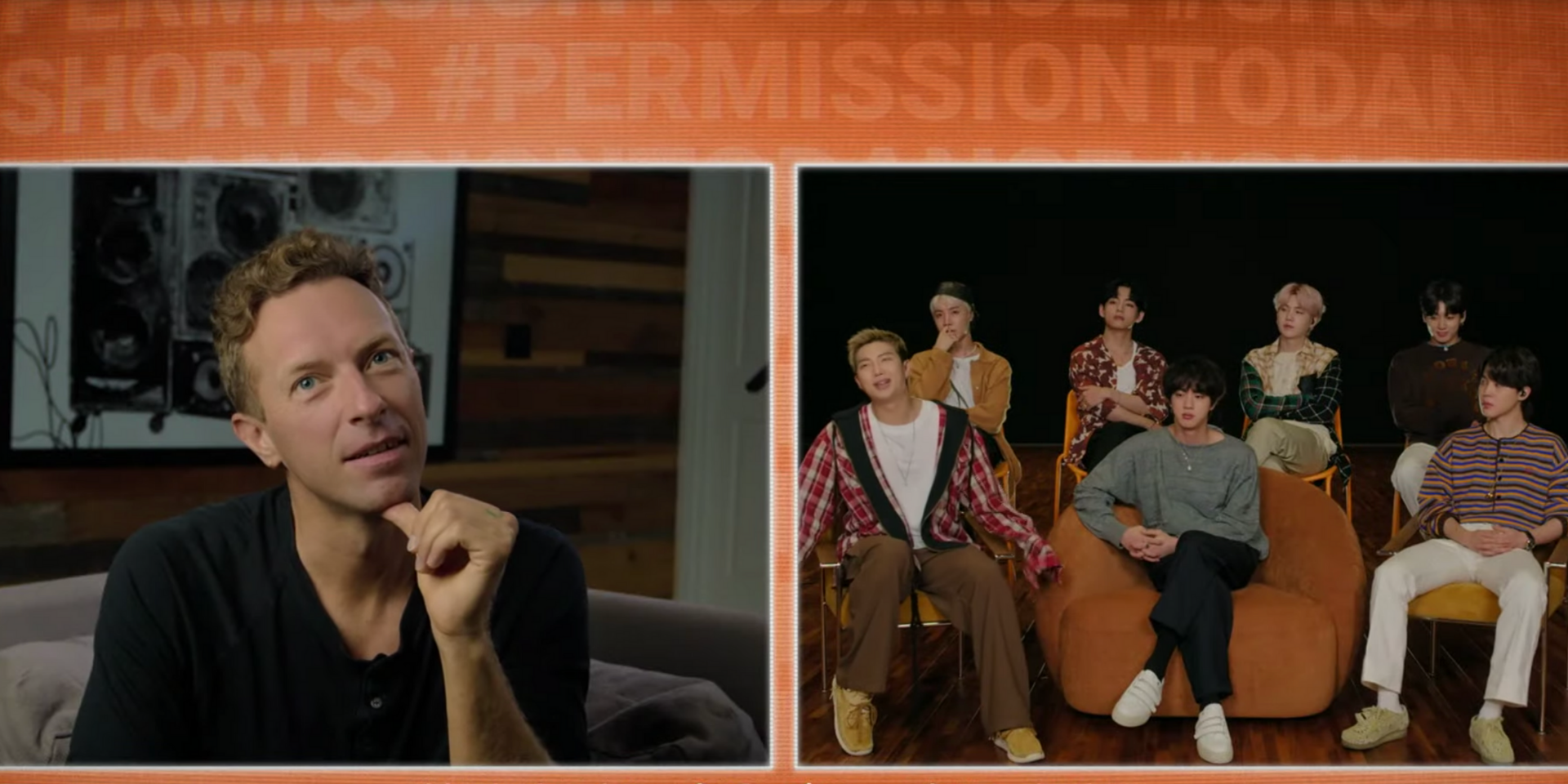 In today's episode of YouTube's RELEASED, BTS held a Premiere Party for the Shorts Challenge version of their latest hit, 'Permission To Dance'.

Featuring clips made by fans all over the world, the new video compiled all sorts of YouTube Shorts entries from grandparents and their grandkids, twin sisters, young couples, and more.

BTS and Coldplay join forces for new single, 'My Universe'

Ahead of the drop, the GRAMMY-nominated group had a chat with Coldplay vocalist Chris Martin where they talked about the inspiration behind the challenge, met some of the people behind some of the videos, how important togetherness is at this time, and using their influence to be a "better band, a better team" for good.