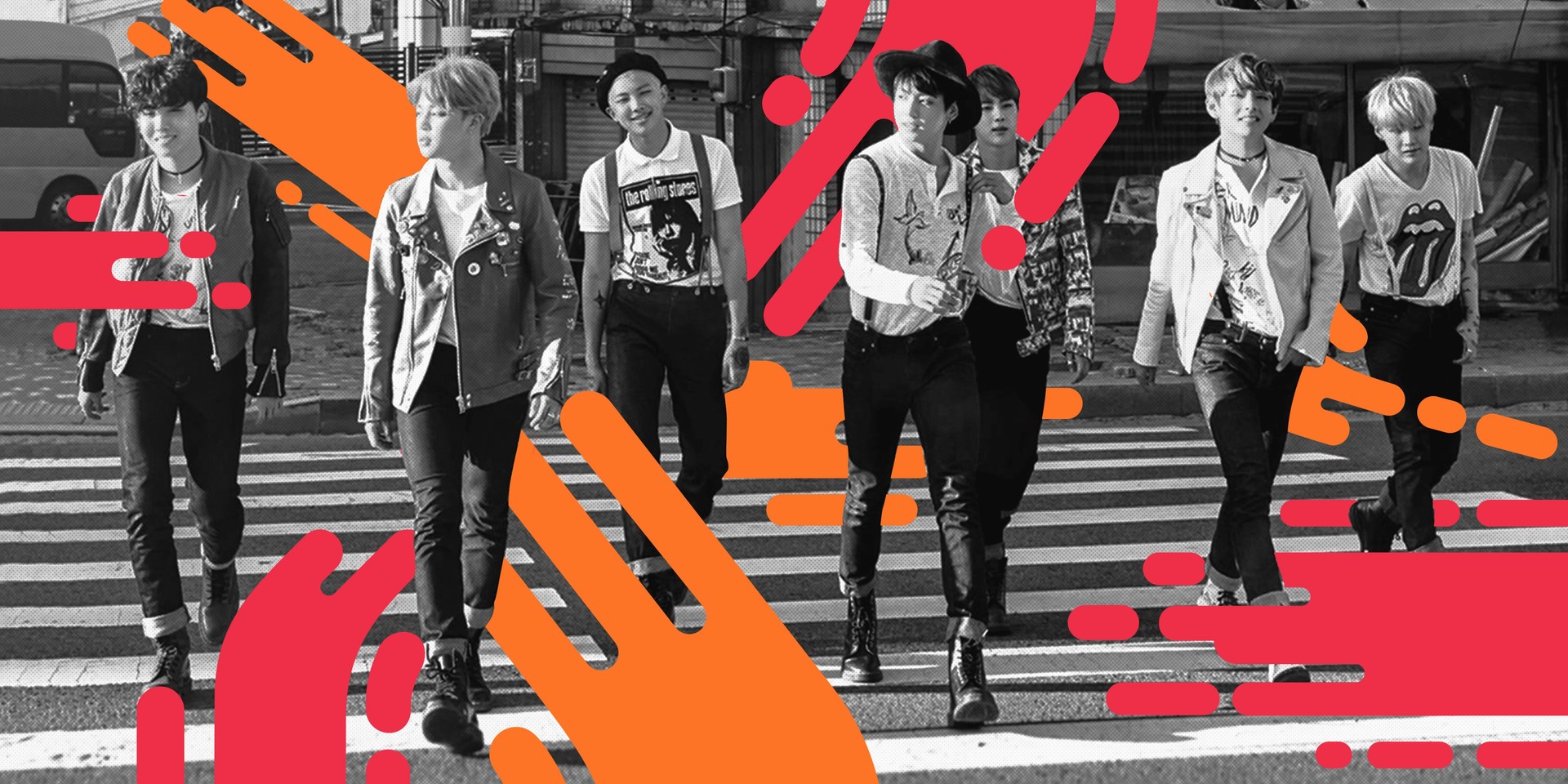 Hip-hop has established a branding in history that represents each generation that passes on. Whether it’s the bullet hole stickers or catching a J Dilla sample floating flawlessly through a DJ’s regular set; there’s a mark that remains omnipresent to culture and lifestyle. Influence is one thing, but returning the favor by creating jaw-dropping tracks that serve as Thank You notes to all our heroes is another colossal idea. We’ve been in awe before with faces and voices we’ve never heard of. Even kids these days have been picking up from where we left off. Korean pop sensation BTS, or Bangtan Boys, has taken us by storm with their youth-driven verses and pop-meets-gangster rap format.

A decorate logo and fetching name complement each other as Bangtan Boys is also known as Bulletproof Boy Scouts, while carrying the symbol of a bulletproof vest around. It adequately speaks of how they’re ready to outwit the challenges in the industry, regardless of age or background. Reigning the music scene early on, these boys have come from a variety of musical influences. The catchy hooks of tracks like DOPE lay out the playful foundation. But then, tracing back to their 2Cool4Skool days gives a glimpse of Kim Nam Joon (AKA Rap Monster) rhyming about living with a lack of ambition with No More Dream. It’s quintessential 90s hip hop translated in the 21st century which pays tribute to a slice of the downtown heat of Regulate by Warren G ft. Nate Dogg and spontaneity of wordplay with California Love by 2Pac ft. Dr Dre.

As Western influences go by, Kanye West, Drake, Nas, Macklemore, and A$AP Rocky are a few that sit on their list. The school of hip hop opened their doors for them as they became a part of the reality show BTS American Hustle Life. Some of their teachers such as  Coolio and Warren G brought them back to the basics and what it’s like to be a rap star growing in America. They’ve bonded with their mentors enough to prove that they can stand out between the tides of what’s mainstream and pure. Rap Monster has also shared a track called P.D.D. with Warren G, while throwing the slick West Coast signature rap style with his emotional lyrical mayhem. During this span, Rap Monster takes the cake back in Korea. Collaborating with MFBTY for Buckubucku gained him the well-deserved rookie image as it’s equivalent of Kanye West’s Monster structure-wise.

Rap Monster’s RM mixtape touches a similar pattern with an iconic whiff off Nas’ Illmatic. It may seem to be an experimental project or a PSA for upcoming chops, but it certainly turns heads with the significant choice of beats. It opens with the slow yet delicate melody of Voice and gradually grows towards the adrenaline-fueled Awakening that catches the beat of The Alarm by Big K.R.I.T.

The mix swiftly takes a 360-degree turn on Joke, with lyrics that make mocking a craft complemented by Run The Jewels’ Oh My Darling. The list goes on with J Cole, J Dilla, Chase & Status, and Drake planting their seeds for RM to make produce out of. Nonetheless, it withstands a remarkable trademark of what we can dub as RM’s style.

Each member has their own line of expertise which builds up to the diversity of their sound. Like a brothers-in-arms, they tightly knit each other from their quirks to their traditional traits enough to desaturate their differences and construct one figure behind the seven faces. As Jin and Jimin share the gift of swaying without having to work with the best dancing shoes, V and JungKook contribute to the vocal waves that transcend a BTS track out of its raw form. Rap Monster and Suga had their baby steps from participating underground hip hop groups before they decided to audition to be an idol. J-Hope may have begun from a street dance team, but he has also released a solo track doused with enough trap that redecorates an image. The strong verses ring an amount of angst that contrasts his cheerful persona, ridiculing the paparazzi and eating up fame in shards. He has been rough on the edges with rapping from the start, but proves us that we might be wrong this time.

They started from keeping enough chains to lock them to the industry to changing outfits more often than a full-length theater production. It’s a craft that needs years to master, but BTS has blended hip hop to the landscape of Korean pop culture breaking the walls of mainstream hits we can’t wait to reconstruct.

BTS Wings Tour Manila is happening on May 6 and 7. Tickets go on sale on April 2nd. For more information, check out PULP Live World.